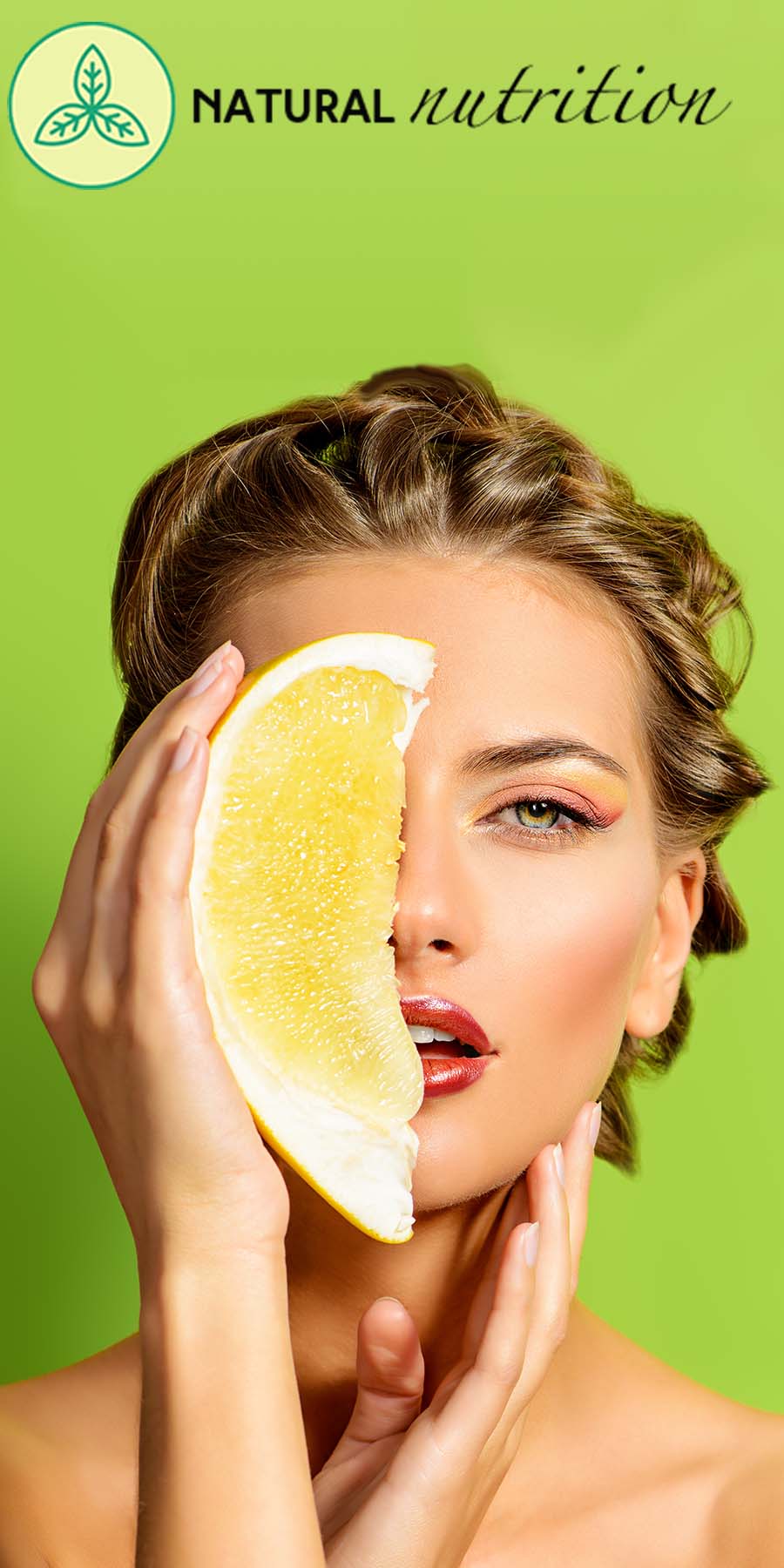 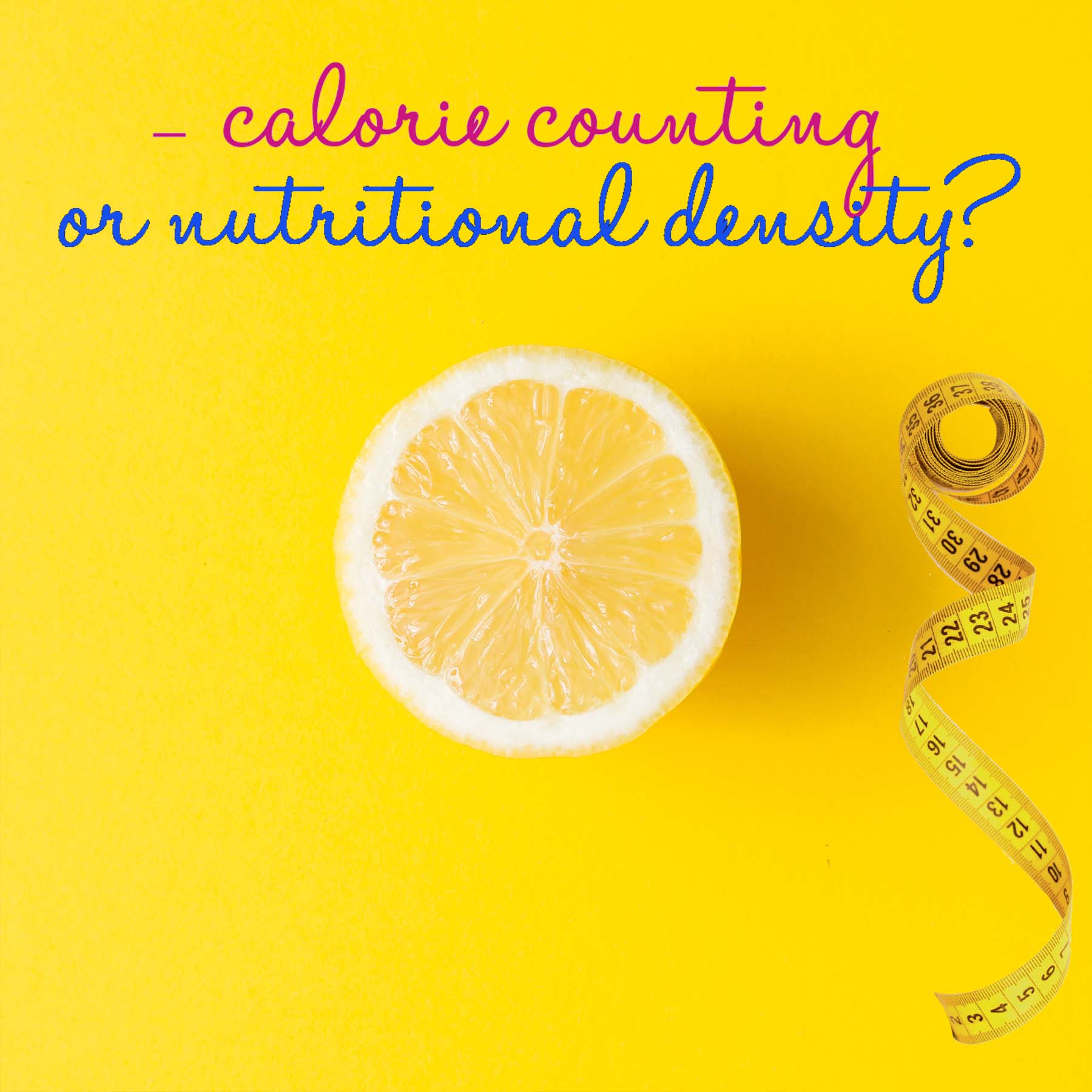 Nutrient density means how many nutrients you get from a food, given the number of calories it contains. Nutrient-dense foods give you the most nutrients for the fewest number of calories. No principle is more likely to support healthy eating than that of nutrient density, because it gives you concentrated amounts of valuable nutrients such as vitamins, minerals, fibre, essential fatty acids and phytonutrients, to name just a few.

I once did what I’m sure every person who is seriously concerned about their health has done or is planning – a juice fast (living on freshly squeezed and extracted fruit and vegetable juices only).

My calorie intake was seriously low for my work as a trainer, but I was stunned by how good I felt. My skin and sinuses cleared, my joints felt smooth and I managed with less sleep than usual. I also became aware of how nearly everyone around me lived on ‘dead food’, food that’s calorie dense but nutritionally void, and I was once again amazed at the amount of abuse the human body can handle.

In his book Detoxification and Healing Dr Sydney Baker comments that our generation is probably the most overfed and most undernourished ever to live on this planet.1 One look at the people around you will confirm this. Obesity and morbid obesity are increasing relentlessly, and people’s health is going downhill faster than a speeding bullet. This is happening despite all our medical advances and a world obsessed with diets, calorie counting and six-pack abdominals. We must be doing something seriously wrong.

The majority of diets today focus on one aspect – counting calories. This approach is based on the theory that for a person’s weight to remain constant, energy intake should equal energy expenditure. To lose weight, you have to take in less energy than you burn, or burn more energy than you eat. But is it really that simple?

There are two major groups of nutrients, macronutrients, namely carbohydrates, fats and protein, and micronutrients, namely minerals, vitamins and salts. Fats, carbohydrates and proteins provide energy because they contain calories, and for that reason most fad diets focus on either eliminating or drastically decreasing one of them to create an energy deficit in an attempt to produce weight loss. Minerals, vitamins and salts, on the other hand, do not provide energy, so they are often ignored in diet plans. Water and fibre are also nutrients, and they are often overlooked as well.

There are many different opinions about what is more important: calories or nutritional value. To find the answer, we first have to define a few terms.

What is nutrient density? Nutrient density is the amount of nutrients per unit of energy (calorie) you get from a given food. Eating nutrient-dense food is one of the healthiest ways of dieting: you get lots of vitamins, minerals and fibre, and save calories. Nutrient-dense food includes vine-ripened fruit, unprocessed whole grains, legumes, vegetables, lean meat, eggs, poultry, low-fat dairy and seafood. Whole, unprocessed and organic foods are usually nutrient dense.

How to tell nutrient-dense foods from empty-calorie foods. Two products can have approximately the same number of calories, but the amount of nutrients and vitamins in them may differ greatly. If you compare a portion of baked potato with a portion of plain potato chips with equal calorie content (100 calories), the baked potato contains twice the amount of dietary fibre (1.61 g versus 0.75 g) and four times more vitamin C (13.7 mg versus 3.4 mg). Baked potato is therefore more nutrient dense than potato chips.

What is an empty calorie? Empty-calorie food is the opposite of nutrient-dense food. Sweets and soft drinks are very high in calories because of added sugar, while their nutrient density is very low. Such energy-dense food is not beneficial to your health.

To get all the nutrients your body needs and save calories, substitute nutrient-dense food for empty-calorie food. Fruit and vegetables are perfect nutrient-dense snacks as they are low in calories and packed with dietary fibre and vitamins. Eat apples between meals and a cup of strawberries instead of chips or popcorn in front of the TV. Load your plate with veg, and skip the roll. Say no to the slice of cake and go for the fruit.

‘THE GREAT STARVATION EXPERIMENT’ AND A LOW-CARB DIET

In 1944 Ancel Keys, PhD, decided to undertake a long-term study of starvation so that at the end of World War II the victors would have a better idea of how to deal with the starving masses they knew they would encounter. Keys recruited 36 healthy young men of normal weight. They were basically kept under lock and key during the study to ensure compliance. At the start of the experiment the men were fed sumptuously for 12 weeks. The three meals a day they received added up to around 3 200 calories, which they were told approximated the normal American diet. They said that they had never eaten better in their lives.

In the 24-week ‘starvation’ portion of the study rations were cut substantially to only two Spartan meals per day, designed to approximate the food available in European famine areas (a heavy emphasis on potatoes, cabbage and whole-wheat bread and very little meat). The subjects not only lost a considerable percentage of their body weight, but suffered a number of problems as well. They thought ceaselessly about food, became lethargic, depressed and cold, and developed bleeding disorders. Their ankles became oedematous and some developed psychological problems. They were consuming macronutrients in the following amounts daily: protein 100 grams, fat 30 g and carbohydrate 225 g (25.5% protein, 17.2% fat and 57.3% carbohydrate). Average energy intake was 1 570 calories per day.

In the late 1960s John Yudkin’s group at the University of London did a study that is most interesting in view of Keys’ findings. For about 15 years they had been running a weight loss clinic using a low-carb dietary approach. The patients did well, but Yudkin received the usual criticisms faced by those who treat obese patients by restricting carbohydrates. His peers also said his diet didn’t provide vitamins and minerals required for health. So he decided to do a study to see if there were in fact inadequacies.

Yudkin recruited 11 subjects, instructed them in the basics of low-carb dieting, and followed them up for 2 weeks. The subjects were told to consume between 300 and 600 ml milk daily and as much meat, fish, eggs, cheese, butter, margarine, cream and leafy vegetables as they wanted. The amount of carbohydrates in other food was limited to 50 g a day. Not only the subjects’ food intake but their mental status was evaluated.

None of the subjects complained of hunger or any other ill-effects; on the other hand, several reported an increased feeling of well-being and decreased lassitude. Their macronutrient intake was 83 g protein, 105 g fat and 67 g carbohydrate (21.3% protein, 60.6% fat and 17.1% carbohydrate). Energy intake was 1 560 calories per day, almost exactly the same as in the Keys study.

These people were given all the food they wanted. They weren’t forced to drop their calories to 1 560 per day – they did it spontaneously because they were satiated.

Both studies provided about the same amounts of calories, but with huge differences in outcome. In the Keys’ semi-starvation study (high-carb, low- fat) the subjects starved and obsessed about food constantly. In the Yudkin study (low-carb, high-fat) the subjects, who had no restriction on the amount of food they ate, voluntarily consumed the same number of calories as the semi-starvation group, yet reported an increased feeling of well-being. Instead of the lethargy and depression that plagued the Keys subjects on their low-fat, high-carb 1 570 calories, those on the same number of low-carb, high-fat calories experienced decreased lassitude. Maybe it’s not the number of calories that makes the difference, but their composition.

In the end, don’t use calorie counting as the main criterion when you choose food. Eat food high in nutrients. Much nutrient-dense food is in fact ‘diet food’: fish, fruit, vegetables, seafood. ‘If Americans choose foods based on nutrient density,’ says Eileen Kennedy, dean of the Friedman School of Nutrition Science and Policy at Tufts University, ‘they will, essentially, be choosing foods based on quality.’

You can make a perfect diet plan with nutrient-dense food. A diet based on the concept of nutrient density will help you lose weight and get all the nutrients your body needs for health.

About the Author: Stefan Maritz

Stefan Maritz is a health, fitness and lifestyle strategist (now retired but on part time consultation). Since 1995 he has specialised in fitness, sport specific train and holistic nutrition, helping people to deal with health, physical and spiritual issues, treating the person as a whole. He is an internationally qualified personal trainer, Spinning, Aerobics and Pilates teacher as well as a supplement advisor.
Toggle Sliding Bar Area
Page load link
Go to Top