An in-depth Look at Early Menopause 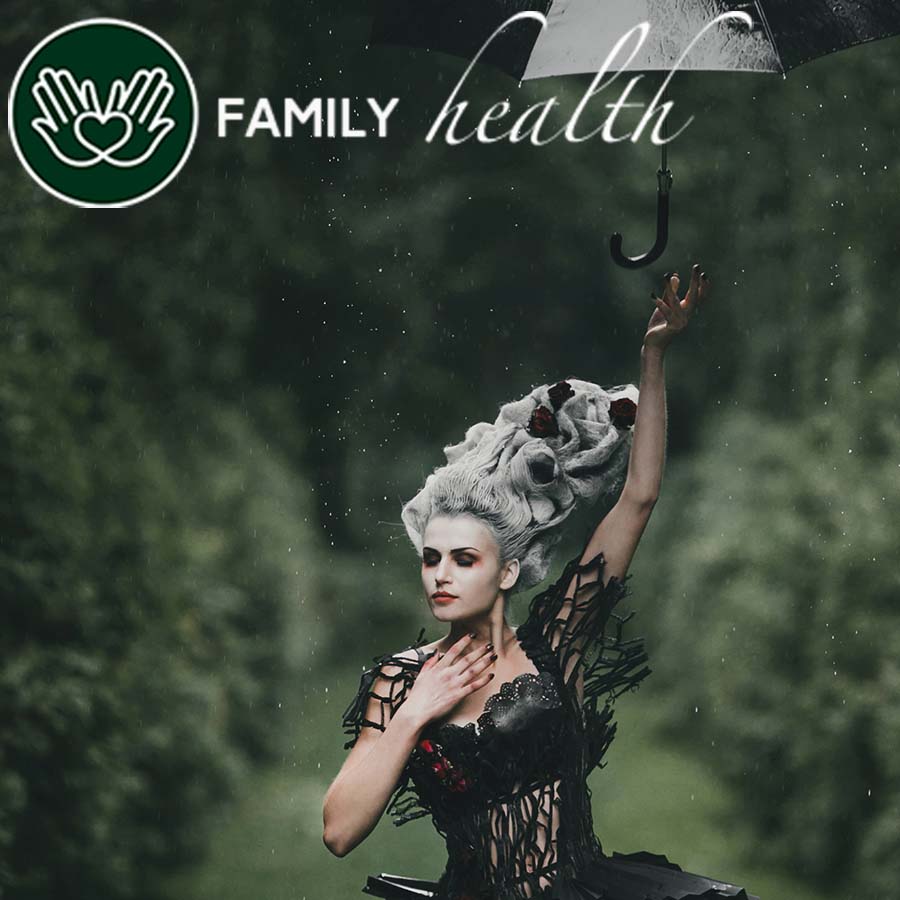 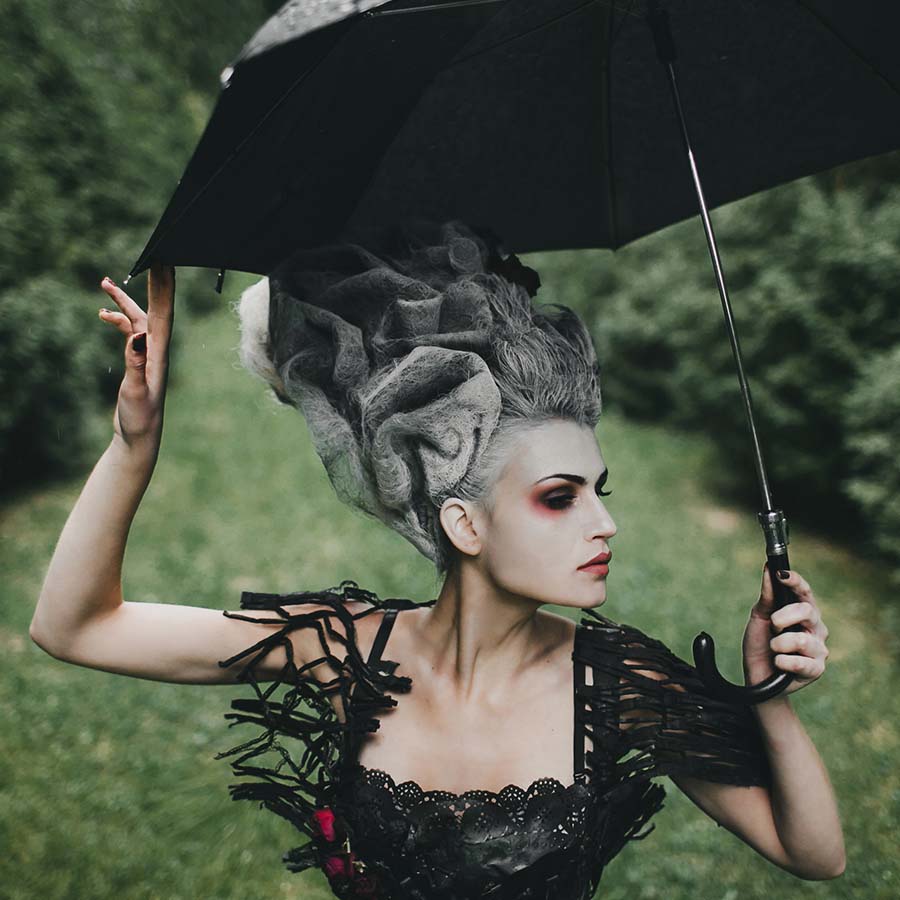 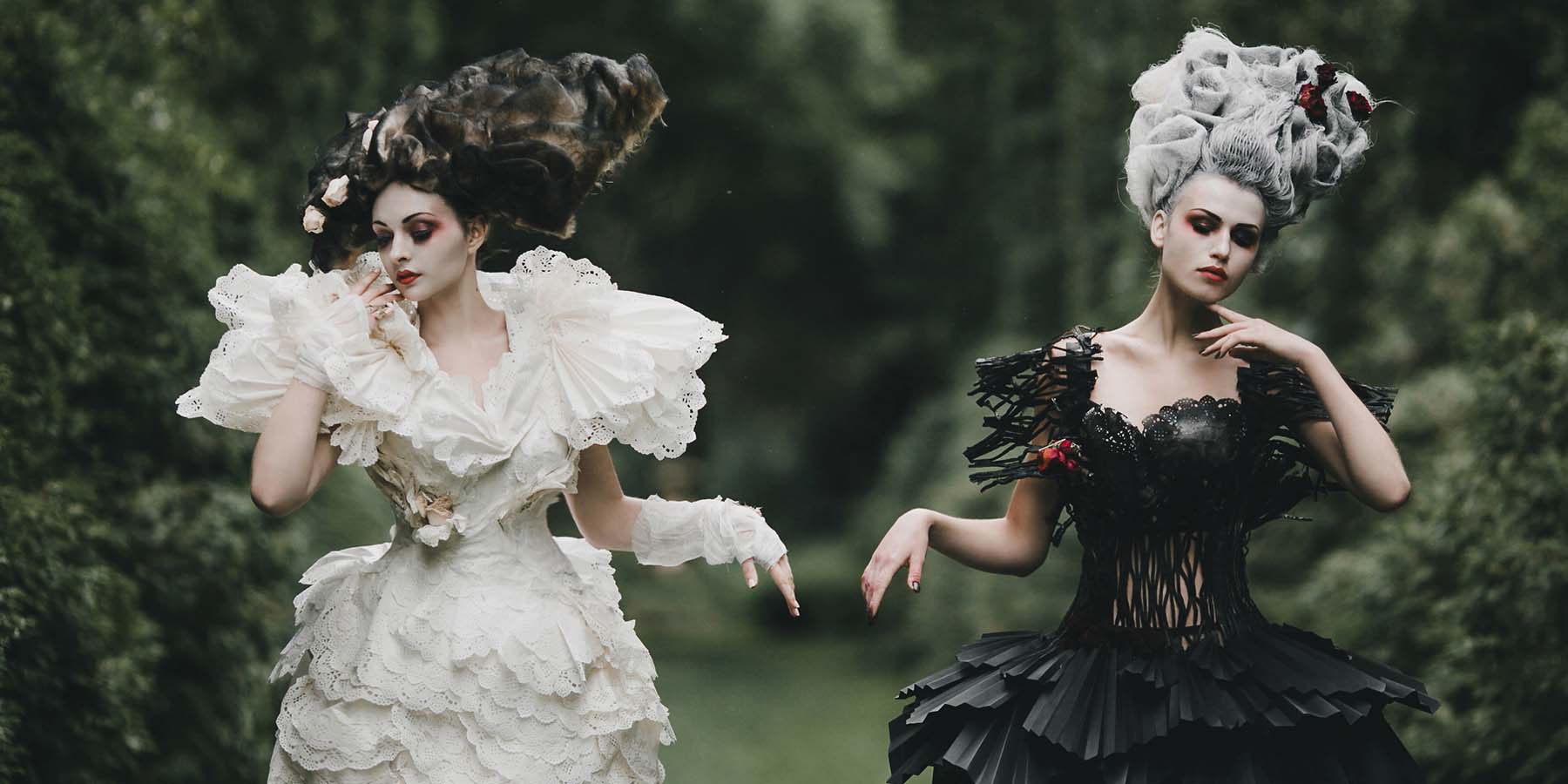 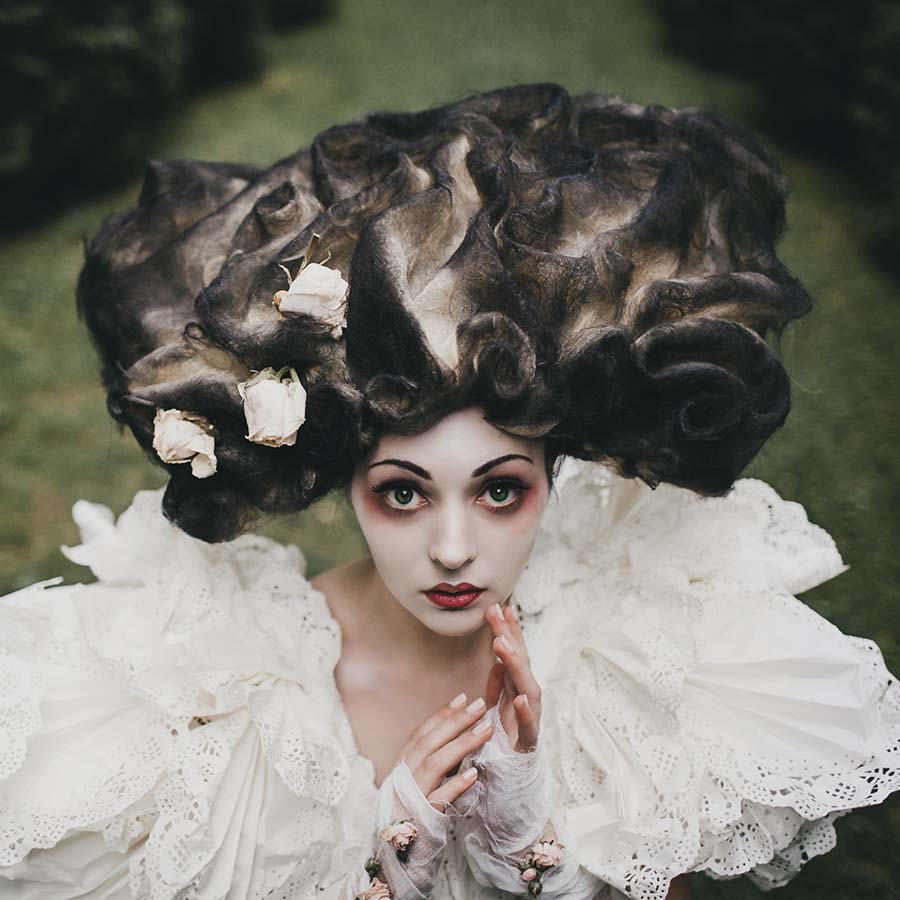 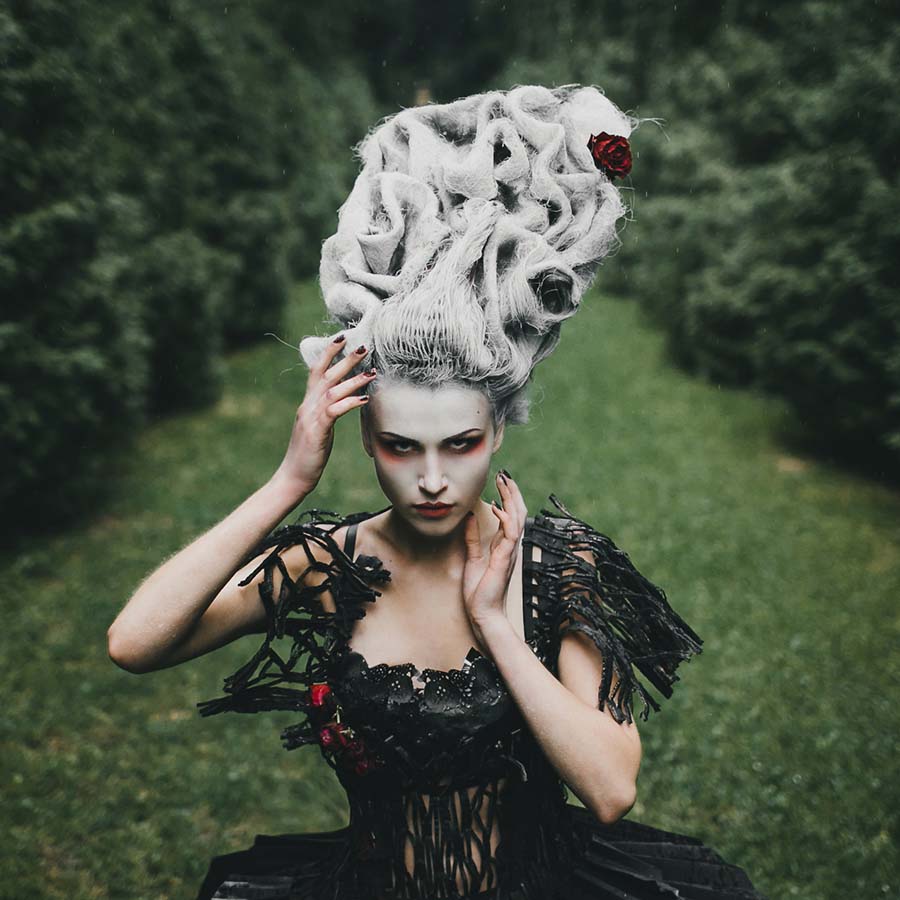 For most women early menopause is a frightening experience, even though it comes with the cessation of the monthly bleeding which may seem like a relief to many. It is as if age has somehow caught up. Women believe that this is the beginning of the end, that sexual pleasure is on the downswing, the vagina will dry up, bones will disintegrate, skin will become wrinkled and dry, weight will increase and depression will soon set in. Dr Bernard Brom takes a closer look at the causes and diagnosis.

Most women go through the changes associated with menopause between 47 and 53 years of age and generally don’t seem to panic when this happens, but for younger women it seems to be a devastating experience, especially if they are below 40 years of age. Menopause is the total cessation of bleeding for 12 months. If it occurs before the age of 40 years it is referred to as premature menopause or premature ovarian failure. I am not sure that I like the latter term as it denotes an illness rather than simply a natural physiological process for that woman. The question of what is normal for each person is problematic as it is based on statistical formulations and averages.

Menopause begins because the ovary runs out of eggs (this is the common story told to women but not all researchers concur) and no longer responds to hormonal signals. This transitional period is called ‘peri-menopause’ and can last from 2 to 6 years. Many women go through this period without any symptoms, suggesting that the symptoms some women complain of may not be due solely to hormones but rather to a whole complex of changes of which the hormones are just one reflection.

This occurs before the age of 40 years and is usually associated with missed and irregular periods and other symptoms of the peri-menopausal phase, including hot flushes, night sweats, weight gain, breast tenderness, hair loss, changes in body odour, insomnia and a range of emotional symptoms including irritability, mood swings, anxiety and feeling emotionally detached.

Again please note that probably the majority of women go through the peri-menopause without any symptoms at all and land in menopause without even being aware that their hormone levels have fallen dramatically.

While this may be the only way to be sure what is going on, laboratory tests are not always that easy to interpret, for the following reasons:

Because of the fluctuation of hormone levels between cycles a random specimen sent to the laboratory is not useful on its own. If a woman is menstruating then the specimen should be taken on day 3 of her cycle. This should be repeated at exactly the same time for 2 or even 3 periods in order to really understand what is going on. A few hot flushes and missing a few periods don’t mean that menopause has started. Many women may have a ‘false menopause’ because of severe stress or other stress factors on the body.

The various hormones tested include the following: 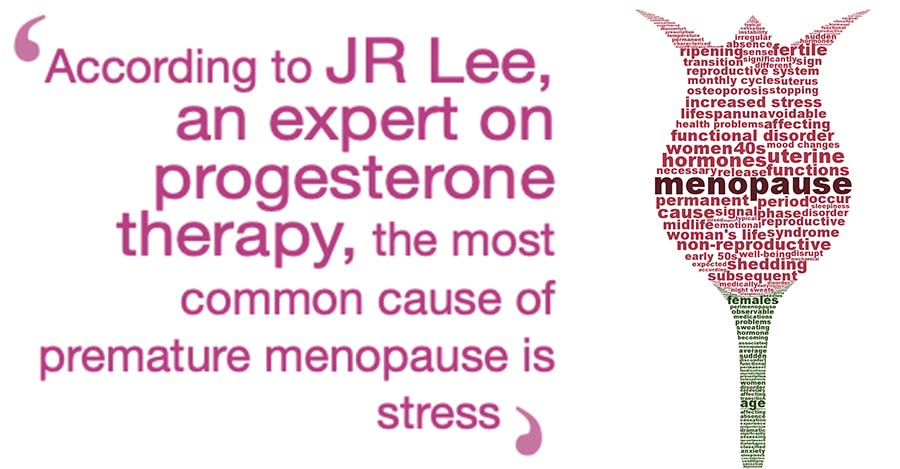 Hormones are one part of the menopausal cascade of events. Let us consider the other parts of the process. Hormones are messengers and are one of the ways the body communicates with the cells, tissues and organs. In order for this to be effective these messenger hormones (or keys) must have receptor sites (or locks) into which they fit. These receptor sites are spread throughout the body and often define the way the hormones function. Receptor sites are on the membranes of cells and are living dynamic places of activity. They can increase in number or become fewer in response to the need of the organism. Clearly the effectiveness of hormones is also dependent on the number and health of the receptor sites. Essential fatty acids and other nutrients are a key to membrane health (I will discuss this later).

A second key understanding with regard to the efficiency of the hormones is what Professor Ali likes to call the ‘bowel-blood- liver ecosystem’ (Professor Ali is a multiple specialist in medicine that seeks to reverse chronic disease and preserve health using non-pharmacological molecular protocols of nutrition, allergy and chemical sensitivity, self-regulation and fitness. He is based in the USA).

The third consideration is how the female hormones actively influence and are influenced by all hormones produced by the pituitary, thyroid, pancreas, adrenals, hypothalamus and other body organs. In dealing with premature menopause therefore it is essential to have a holistic overview of each woman coming for treatment. The body is highly intelligent and is constantly making decisions to up-regulate or down-regulate systems. One therefore needs to be very careful when deciding to prescribe powerful hormones even in what appears to be ovarian failure without checking that other physiological functions are working well and asking the following questions:

The receptor sites on the membranes are not fixed and each cell membrane increases or decreases the number of receptor sites according to need. So there may be enough hormones but not enough receptor sites for optimum activity. Receptor sites are very specific in their activity and a progesterone or oestrogen receptor site will only respond to that particular molecule.

A biologically identical hormone will fit perfectly onto its specific receptor site. The less perfect the fit the more inefficient the response and the possibility of damage and distortion to that receptor site must be considered. Xeno-oestrogen (environmental oestrogens) and synthetic hormones that are not bio-identical, damage and occupy these receptor sites, distorting them and preventing the body’s own hormones from functioning well. Receptor sites can also be damaged by free radicals and other pollutants such as pesticides. Receptor sites may also be damaged by poor food choices, especially refined carbohydrates. The key (hormone) needs to fit the lock (receptor site) perfectly for the best response.

The liver is another key to hormonal problems or health. It is the key site for detoxification of the system and the breakdown of hormones.

The exact reasons for early menopause vary from woman to woman. Generally a combination of factors is involved. My personal feeling is that a combination of emotional-mental factors and hormone disruption due to xeno-oestrogens in the environment are the main factors. Xeno-oestrogens function like oestrogen and may shut down the signals to the pituitary to release luteinising hormones (LH) to stimulate the ovaries to release an egg and to make progesterone. There will still be oestrogen released by the ovary but without the corpus luteum (released from the ovary during ovulation) no progesterone is released, starting a process of hormonal imbalance. Stress comes in at the level of the hypothalamus and through its controlling influence on the pituitary it can also influence hormone production.