The name Ayahuasca means ‘vine of the soul’. Long used in religious and healing ceremonies by the shamans of the Western Amazonian tribes, the plant has hallucinatory and visionary effects and stimulates powerfully transcendent experiences. Laura Jones tells about her journey to Peru in search of healing.

Ayahuasca (Banisteriopsis caapi) aya-soul/dead, wasca-vine/rope, is a spirit plant medicine indigenous to the Amazon jungle, effecting healing at an emotional, physical, spiritual and mental level. I travelled to Peru recently to take part in several Ayahuasca ceremonies and experience Ayahuasca, after some miraculous claims made by Westerners who’ve faced their fears and told their stories.

My compatriots in the Peruvian Amazon consisted of an international mix of very different people – a psychologist, a pharmacist, a scientist, a banker, a housewife and others. Just days after consuming lots of the revolting-tasting jungle medicine, our group transcended cultural and linguistic divides. We shared the pinnacle of human experience – open hearts.

Ayahuasca is a hallucinogen, an emetic and a purgative. The Ayahuasca drink is often referred to in Spanish as ‘la purga’, but the emetic effect of the drink has spiritual resonance as well – purging shows that the drinker is being cleansed. Purging is different for everyone: some people vomit or get diarrhoea, others cry, and some get only a bit or lots of everything.

It takes approximately fifty minutes after drinking the bitter brew for the visionary effects of Ayahuasca to begin. The visions relate directly and intensely to each person, and the journey can only be described as otherworldly and extreme. When the Ayahuasca has taken hold and one is hallucinating, one is said to be ‘mareado’ or nauseous – it is a good thing to be ‘buen mareado’ after drinking Ayahuasca. The Ayahuasca experience equates to one’s own inner state. If you are fearful and anxious inside, you’ll probably be confronted with the same terror during an Ayahuasca ceremony. Weeks before and after ingesting Ayahuasca one must adhere to a strict eating plan which restricts certain foods that are toxic to the body when mixed with the plant.

An Ayahuasca retreat in the jungle is typically sparsely furnished and primal. A reed hut for each person contains a bed or hammock, a bucket of water, a compostable toilet and a paraffin lamp – the focus is on healing. One of a few authentic Ayahuasca retreats near Iquitos in the Amazon Basin of Peru, Blue Morpho, explains: ‘Ayahuasca works in two ways – it releases crossed energies and it teaches you. All affliction, whether it be mental, spiritual or physical, is a result of crossed energy. Answers to all questions come through personal realizations. By participating in Ayahuasca ceremonies you will have your energy straightened and through this process you will learn and grow.’

Ayahuasca is extremely powerful and has to be used by responsibly trained indigenous medicine men and women. Shamanism has existed in the western Amazon for thousands of years and has been passed down through generations of family members to strengthen connection to spirit and learn how to live in a balanced state.

The main chemical in the Ayahuasca brew is dimethyltryptamine (DMT). It is actually the companion plant – Chacruna (Psychotria viridis) – mixed together with the Ayahuasca that contains the potent hallucinogen DMT. Combining the two plants allows the DMT to produce its hallucinogenic effect in the body when orally ingested.

Although DMT may sound like a recreational drug because of its hallucinogenic properties, it is not – far from it. Ayahuasca is not addictive, nor does it produce any negative long-term side-effects. The tradition is sacred and historically revered and the plant is defined as a medicine. The ‘maestro’ or master shaman will call in doctor spirits which direct healing, sending away dark spirits. The ceremony is about purging energies that translate to negative physical, psychological and mental ailments in the 3D world, permanently releasing these into the infinite.

Western Ayahuasca researcher Dr Rick Strassman, clinical associate professor of psychiatry at the University of New Mexico School of Medicine, has been exploring models for the DMT effect since 1996. His research led to DMT through his earlier study of the pineal gland as a potential biological locus for spiritual experiences. He administered several hundred doses of DMT to approximately 60 volunteers between 1990 and 1995, and this research is documented in his book, DMT – the Spirit Molecule.

Strassman says, ‘There aren’t any long-term studies of people who use DMT in pure form. However, there are long-term studies of Ayahuasca users – Dr Charles Grob’s paper (1996) … on long-term effects in the União do Vegetal (UDV), and Church of Santo Daime, respectively, two Brazilian Ayahuasca using churches. In general, users were healthier than matched non-users.’

Dr Charles Grob, professor of psychiatry and paediatrics at the University of California’s School of Medicine, pioneered the Hoasca Project in 1993, with the first in-depth study of the physical and psychological effects of Ayahuasca on humans. The study showed that all the Ayahuasca-using group members experienced total remission without any recurrence of their addictions, depression or anxiety disorders.

Strassman adds, ‘Brain researchers … may dismiss the proposal that DMT can allow our brains to perceive dark matter or parallel universes, realms of existence inhabited by conscious entities … if I did not describe all the ideas behind the DMT studies, and the entire range of our volunteers’ experiences, I would not be telling the entire tale.’ 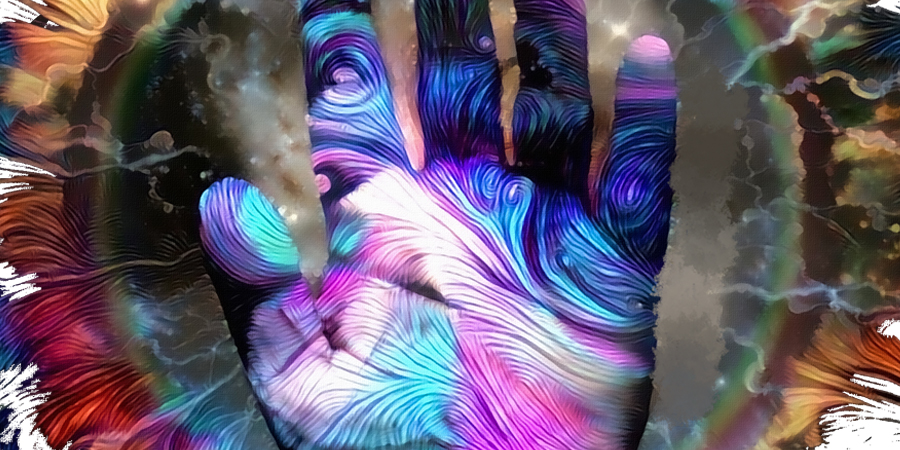 ‘TO HELL AND BACK’

In a much publicised National Geographic article titled ‘To hell and back’, author and Ayahuasca participant Kira Salak writes: ‘Unlike most common antidepressants … the Hoasca Project showed that Ayahuasca strongly enhances the body’s ability to absorb the serotonin that’s naturally there.’ ‘Ayahuasca is perhaps a far more sophisticated and effective way to treat depression than selective serotonin reuptake inhibitors (SSRIs) [antidepressant drugs],’ Grob concludes, adding that the use of SSRIs is ‘a rather crude way’ of doing it. Salak, whose depression was alleviated through Ayahuasca, says of her experience, ‘It was as if I’d been shown my own self-imposed hells and taught how to free myself from them.’ According to Grob, Ayahuasca provokes a profound state of altered consciousness that can lead to temporary ‘ego disintegration’, as he calls it, allowing people to move beyond their defence mechanisms into the depths of their unconscious minds – a unique opportunity, he says, that cannot be duplicated by any non-drug treatment methods. ‘You come back with images, messages, even communications,’ he explains. ‘You’re learning about yourself, re-conceptualising prior experiences. Having had a profound psycho-spiritual epiphany, you’re not the same person you were before.’

But the curious should take heed: the unconscious mind holds many things you don’t want to look at – all those self-destructive beliefs, suppressed traumatic events, denied emotions. ‘Ayahuasca is not for everyone,’ Grob warns. ‘It’s probably not for most people in our world today. You have to be willing to have a very powerful, long, internal experience, which can get very scary.’

I left for Peru with an auto-immune thyroid disease I’d had for seven years, and an extensive wish list. After a life-changing two weeks in the jungle with Ayahuasca, I’ve dumped countless negative behaviours and patterns. My thyroid symptoms have vanished and I am ten kilograms lighter. I am advised that issues will continue to be resolved and that the medicine stays in the body, catalysing change, healing and shifting old patterns. I can unequivocally state that my disease was emotional, then energetic and then physical. I vow to return.

About the Author: Laura Jones

Laura Jones is a writer and journalist. She was deputy editor and researcher for Food Review magazine (food technology), a broadcast producer for Talk Radio 702, and a journalist for Caxton newspapers and magazines. She is currently a features writer and copywriter for Zonke Ignition Advertising. She is also a working medium and clairvoyant based in Johannesburg and is currently completing her honours degree in Creative Arts through Buckinghamshire University in the UK.
Toggle Sliding Bar Area
Page load link
Go to Top