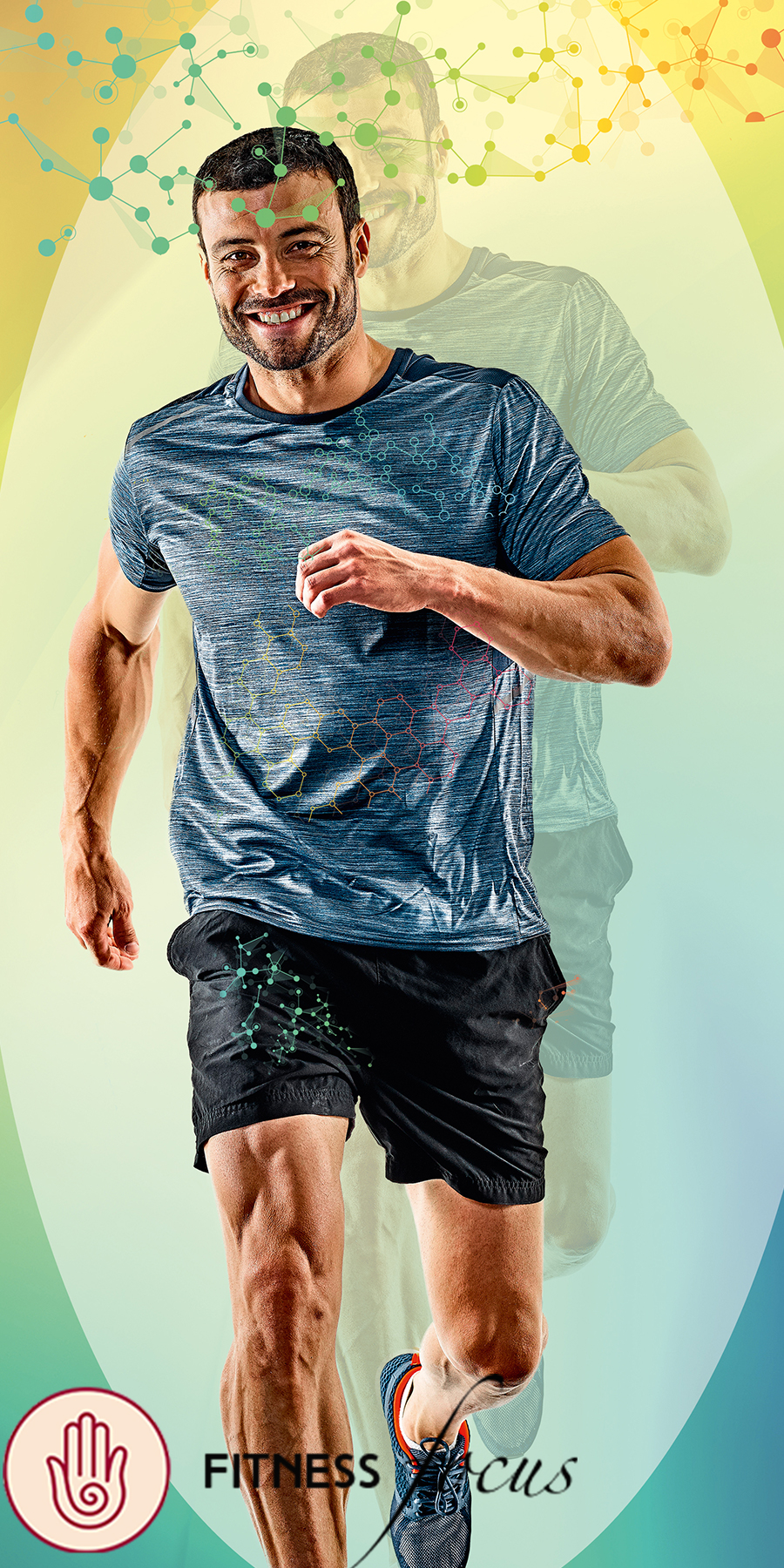 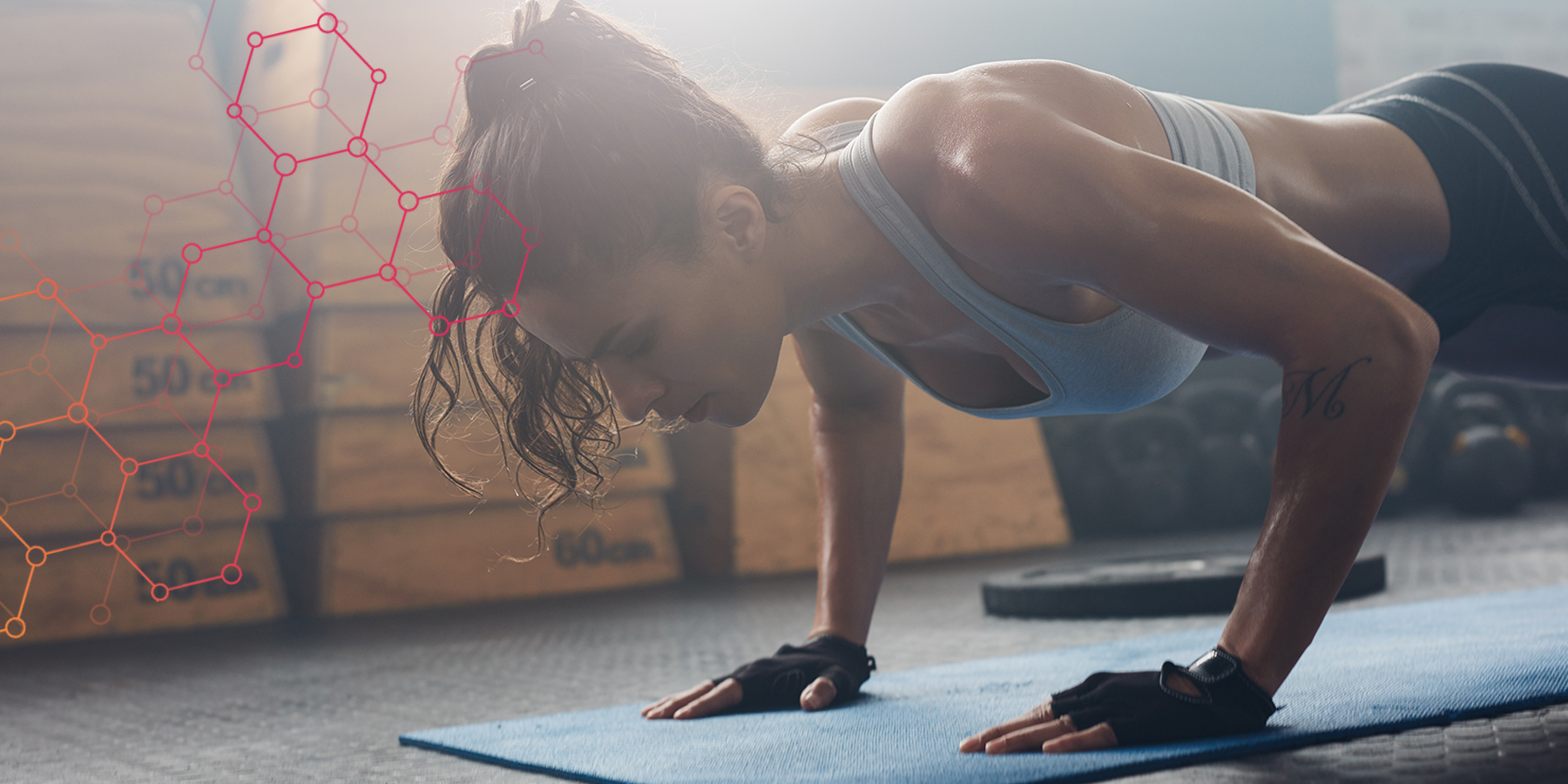 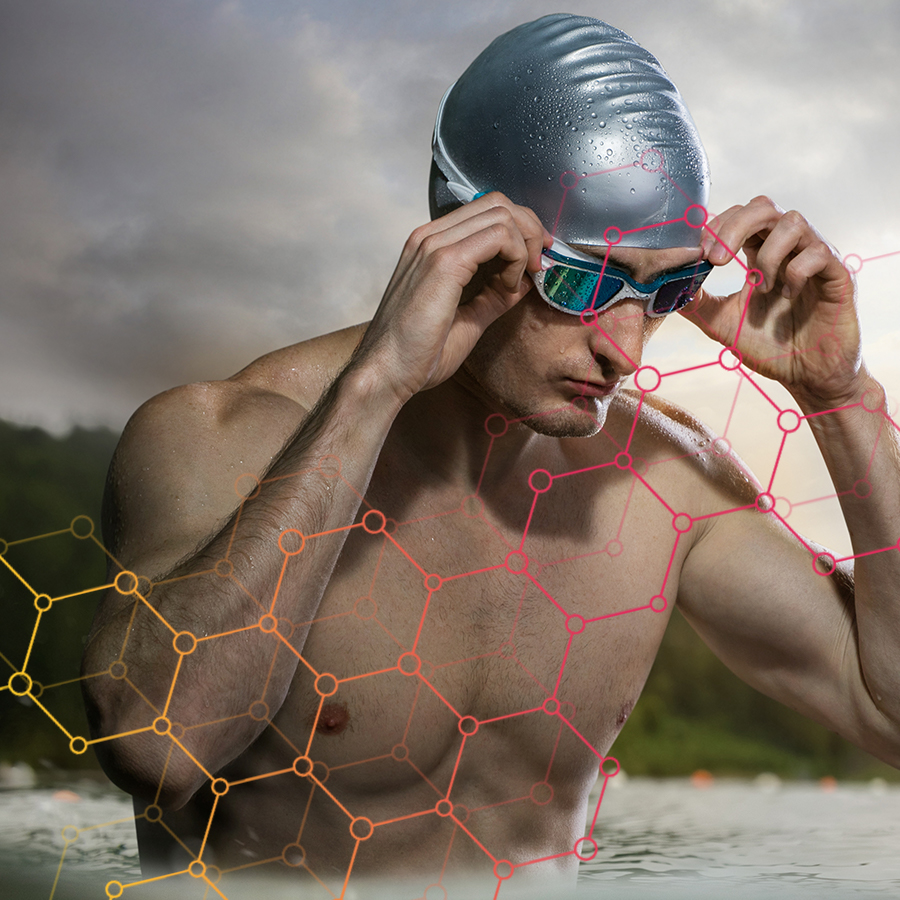 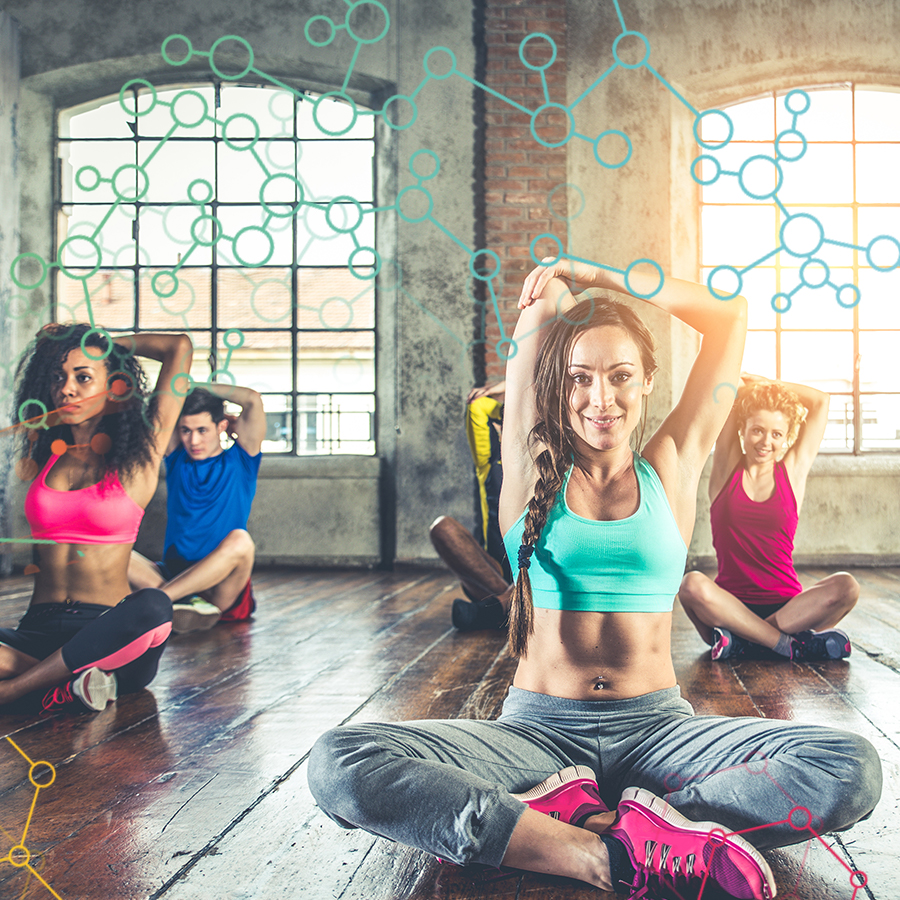 The mind – and its emotions – is a fascinating realm to work within. When we realise that the mind and body are really one entity, it becomes very easy to nourish the mind through nutrition. Ian Craig explores this fascinating subject through personal experience.

My first aha moment, when it comes to the mind and body, was when I read a section of Deepak Chopra’s book Quantum Healing1, which informed me about the discovery of certain neurotransmitter (NT) receptors on white blood cells. It suddenly made sense to me that the mind nourished the immune system – is it true that happy or focused individuals become sick less often than people who are sad or lacking in goals? Sure; it makes intuitive sense, but until that moment, I’d never heard it being said.

This discovery tripped me into a journey of the wonderful world of psychoneuroimmunology (PNI) – a discipline which understands that our mind, and the emotions attached to it, influence our neurology, which in turn perfuses our body, shaping the immune system that it stimulates. There is now even a highly credible scientific journal called Psychoneuroimmunology; so no longer is the intimate mind-body link a figment of somebody’s imagination. The immune system seems to have been the first system studied in relation to our emotions, but it of course influences every single part of our physiology – so what about psychoneuroendocrinology, psychoneurogastroenterology (aka the ‘gut-brain axis’), and psychoneuromusculoskeletal? All of these areas have been studied to a greater or lesser extent and our mind influences all of them. In fact, having studied the subjects of exercise physiology and nutritional therapy for several years, I’m now convinced more than ever that our mind is what I call, the ‘big lever’ of therapy.

After Deepak Chopra, came the late Candice Pert; the discoverer of the opiate receptor as a postdoc student in the early 70s. Her landmark book, Molecules of Emotion2, outlined how she had studied opiate receptors in the brain and then gradually discovered them all over the body, along with several other brain chemicals (or emotion molecules). As a previously hardened scientist, she became thoroughly engulfed in the spiritual end of mindbody medicine – what she actually liked to call ‘bodymind’; with the understanding that the two cannot be separated. This concept has since been popularised by the riveting film; What the Bleep Do We Know.

In the past decade, I have attended a London training by Alex Concord 3; a medical immunologist with a passionate interest in psychology and PNI. Her thoughts have actually been heard by the Royal Society of Medicine, although it will take a while yet for the slowly moving medical paradigms to shift as much as she would like. Also in the UK is the Natura Foundation, headed by Leo Pruimboom and Tom Fox4; their teachings are focused entirely on the interface between the PNI theories and how to empower the body with better health. In fact, Tom has lectured on my postgrad Personalised Sports Nutrition module at the Centre of Nutrition Education in the UK.

So, enough of the preamble. We have hopefully now established that the mind is pivotal when it comes to looking after the body. We also know through the whole philosophy of this magazine and relevant teachings that strong health builds powerful performance. So, how do we link them together? The assumption that the mind is the body and the body is the mind is helpful here. In fact; Candice Pert, in her newer book Everything You Need to Feel Go(o)d5, informs us that our body is actually our unconscious mind. That was another aha moment for me: I knew that the unconscious mind was where we stored all our instincts, emotions and long-term memory, but how can we fit all this information into the tiny amygdala in the centre of the brain? Modern science is starting to unearth the emotions and memories that are stored in each and every cell in our body – this means that the cells are governed centrally in the brain as previously thought AND they are self-governing. A good example of this are the pacemaker cells in the heart, which will continue neutrally firing even if we are brain dead.

From all this information, anything that we do to nourish our bodies is at the same time nourishing our minds: directly and indirectly. Likewise, we can focus our nutritional therapy on our neurotransmitters, which will improve the health of our mind and at the same time empower our bodies. This is the direction in which I would like to take this article. 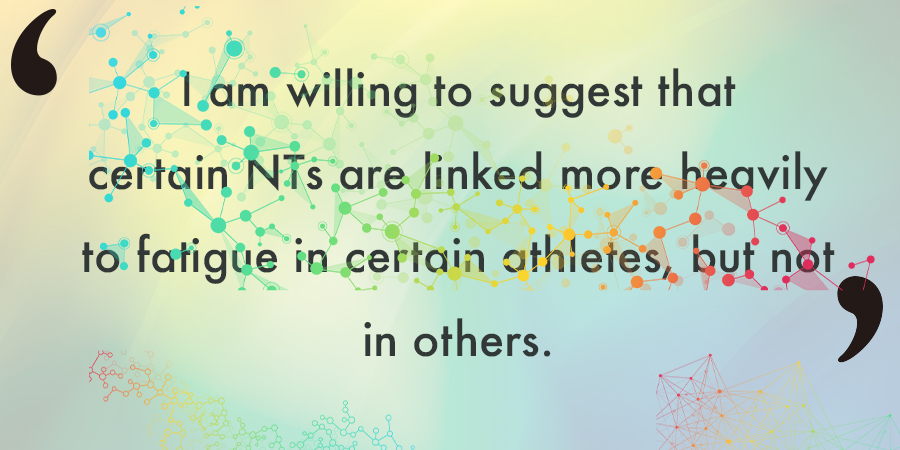 One of the most useful resources that I’ve been fortunate enough to use in my practice is a book called The Edge Effect by Dr Eric Bravermann.6 Bravermann has extensively studied four NTs that are present in our brain and in our body. They are: dopamine, GABA, acetyl choline (ACh) and serotonin. In his book, he resources an enormous amount of information about each NT – the book is not referenced, but it is apparently based on 25 years of research and clinical practice. And just like any other information within the field of health, when you try it out, you rapidly find out what works. So, perhaps similar to something like the Blood Type Diet, it may be most appropriate to take the big picture concepts from it rather than the bitty detail. The most fascinating part of his discussions is the way in which he links dominant NT types in our body to our dominant personality traits. We all have all four NT’s swimming around our body, but one or two tend to be more dominant than the others: Dopamine has been linked to drive and determination (high in executives); acetyl choline to quick thinking and creativity (high in artists); GABA to structure and organisation (high in accountants) and serotonin to enjoyment and short-term fulfilment in artisans).

The table outlines dominant characteristics of individuals high in each NT, symptoms that might appear if an NT deficiency arises and the food and lifestyle choices that are best suited to that NT ‘type’. The way in which the levels of NTs are measured in a lab setting is by quantitative electroencephalography (QEEG), also called brain mapping.7 This is how Dr Bravermann has assessed patients for years, which has led him to developing a ‘Nature’ questionnaire, which makes it easier for other practitioners to operate. The questionnaire can be accessed in his book, along with interpretative guides. I’ve found the use of the questionnaire extremely illuminating about my clients, mostly describing them very well. Be careful not to ‘type’ an individual to one NT unless the score for that NT is exceedingly high – instead, start with the NT that seems to need more support and progress to the others as well.

Let’s delve a little deeper into the specificity of this information for the sportsperson. Among the many fatigue theories that exist within the sports science literature, one of them pertains to NTs. Early work by Jakeman et al.8 studied the effect of serotonin and endurance training. They found that in five endurance-trained athletes, a serotoninergic agonist had a significantly lower effect on serotonin levels than in five non-endurance-trained control subjects. They used these observations to suggest that endurance training had the effect of down-regulating central serotoninergic receptor function. This theory has been supported by other studies and it has been used as an explanation of the central fatigue mechanism – as opposed to fatigue that results from peripheral factors.

Professor Tim Noakes has done the sporting scientific community a favour by putting forth his Central Governor Theory.9,10 Contrary to the many peripheral fatigue theories that went before it, he suggested that fatigue was mostly regulated in the brain (centrally). He used the serotonin theory plus other scientific observations to support his ideas.

Unfortunately, in physiology, things are not simple or mechanistic in nature and it is rarely the case when one element controls a whole system. The body is very sophisticated and tends to have multiple regulators for each system. With regard to the fatigue hypotheses, it appears that each of the peripheral and central theories are correct – in part. Weir et al.11 have since provided more evidence for peripheral fatigue mechanisms and suggested that the mechanism of fatigue (peripheral versus central) very much depends on the specific exercise stressor.

And the same is true for the serotonin hypothesis. Meeusen et al.12 has since written an excellent review, pointing out that several other well-conducted studies have failed to support the serotonin hypothesis. He mentions that brain function is dependent on the interplay between a number of systems, so more than one NT is likely to be responsible for central fatigue. Catecholamines (and their connection to dopamine) likely play an important role in the development of fatigue, but within a complex interaction between central and peripheral factors. As you’ll also read below, the other NTs are also linked in some way to fatigue and athletic performance.

And so we come back to the Bravermann model. I’m going to be brave with my own hypothesis: since we are all extremely different, as evidenced by genetic testing and NT testing, I am willing to suggest that certain NTs are linked more heavily to fatigue in certain athletes, but not in others. By becoming more individualistic with our assessments of athletes, we can be more specific with our working recommendations. The Bravermann questionnaire is a good place to start in order to better understand your client. According to his theories, if we can balance out our NT’s, it will result in an improved foundation of health and as I noted at the start: strong health builds powerful performance. 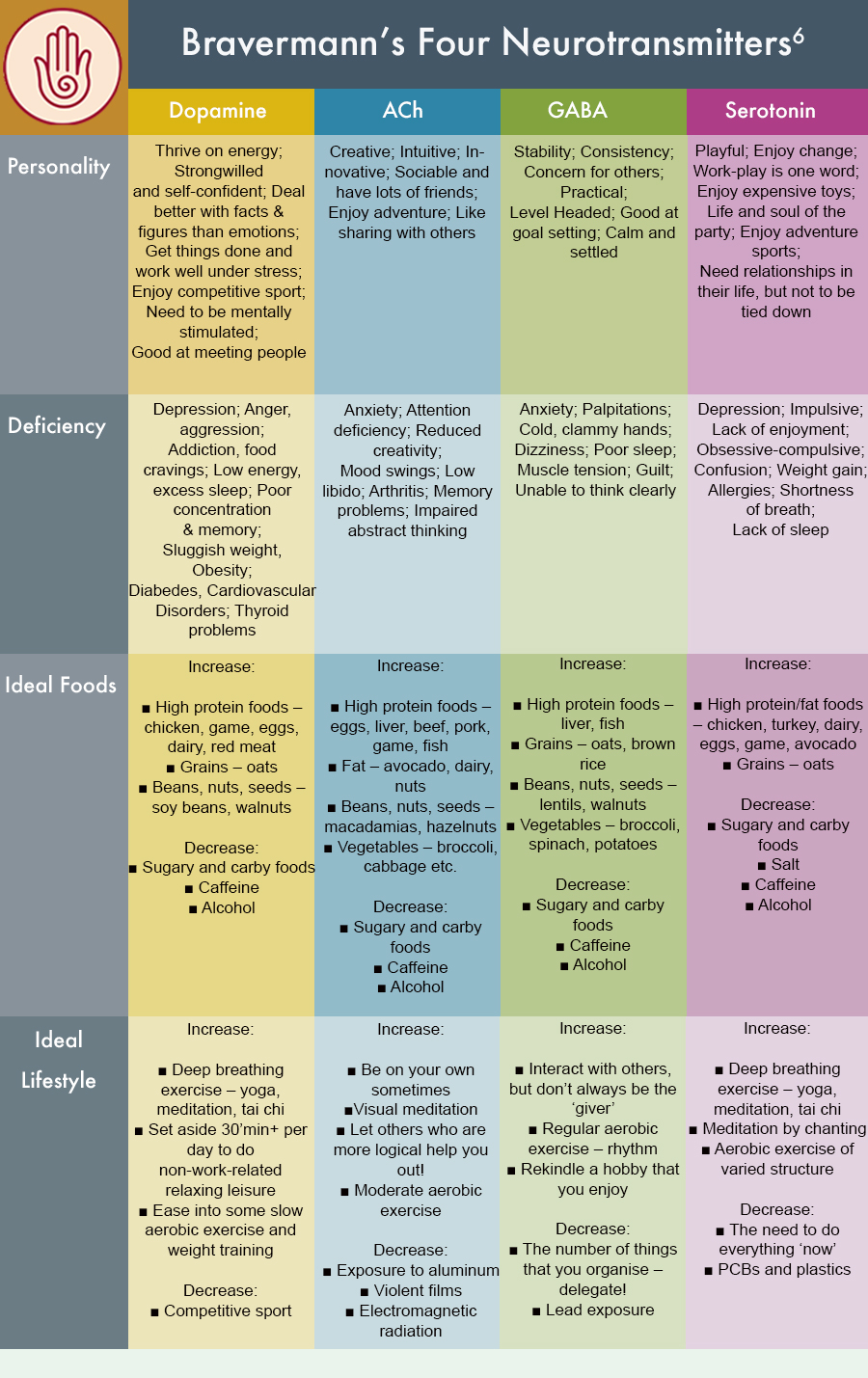 Nutritional Therapists and medical practitioners who work with functional laboratory testing also have another trick up their sleeve when it comes to assessing NT’s. The Organic Acid test, available at the functional laboratories, has a section that is focussed on NT function.