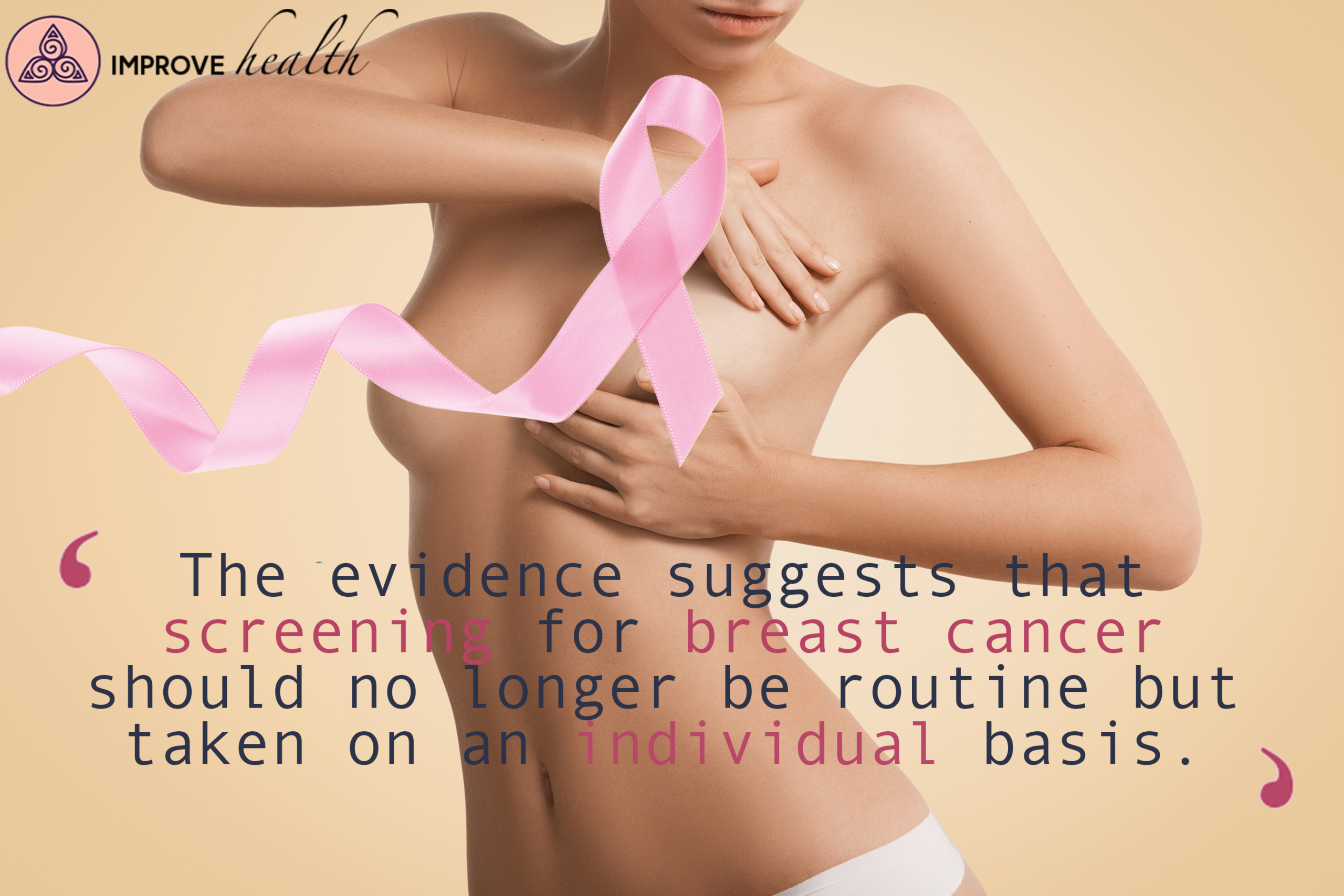 I regard this information on breast cancer screening as amongst the most important I have written about over the years. Please take time to read it carefully.

The National Cancer Institute (NCI) commission concluded, in 2015, that ‘early stage cancers’ such as ductal carcinoma in situ (DCIS) should not be regarded as cancers, but benign or indolent growths and that millions of women were wrongly diagnosed with ‘breast cancer’. In an attempt to quantify the benefits and harms of screening mammography Welch et al. came to the following conclusions: Among 1 000 US women age 50 years who are screened annually for a decade, 0.3 to 3.2 will avoid a breast cancer death, 490 to 670 will have at least one false alarm, and three to 14 will be over diagnosed and treated needlessly. They conclude by saying that they hoped that these facts would help women to make a decision ‘either to feel comfortable about their decision to pursue screening or to feel equally comfortable about their decision not to pursue screening’.¹

DUCTAL CELL CANCER OF THE BREAST: IS IT A CANCER AND DOES IT MATTER?

The controversy rages on with a lot of rhetoric from both sides of the line. Many professionals believe that it is cancer and therefore should be treated as a cancer. Others believe that it is a precancerous lesion, and calling it a cancer just raises the fears of women and pushes them to agree with doctors who want to move onto aggressive treatment. All breast cancer associations run on this theme. Here I relook at the debate and hopefully help doctors make sense of the argument. There are a number of issues in this controversy:

This study² indicates that while breast cancer screening might reduce cancer-specific mortality, it has not conclusively been shown to have an effect on overall mortality. One can conclude from the results of a study³ done in Norway, that breast screening is not reducing the overall incidence of advanced breast cancer diagnosis while it is picking up increasing amounts of ductal cell cancers, the majority which never become problematic. 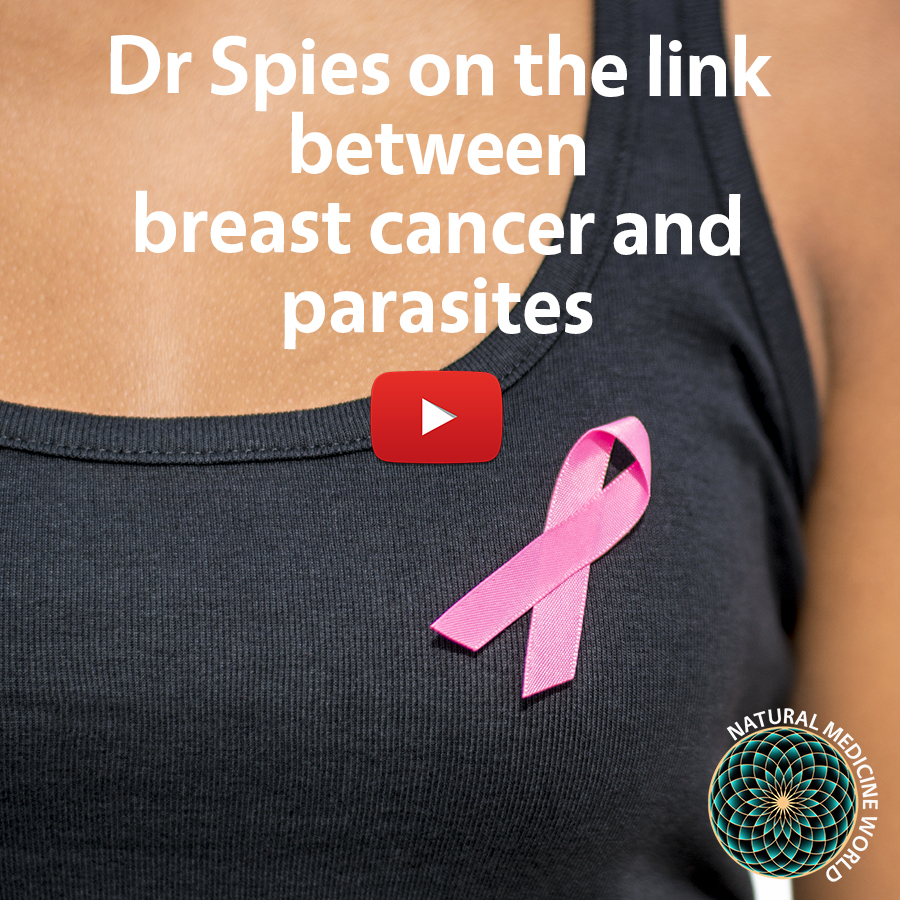 SO IS SCREENING SAVING LIVES, OR INCREASING THE BURDEN OF ILL HEALTH?

The answer to this question has become a serious debate and can no longer be taken for granted. In other words, enrolment in Norway’s breast screening programme increased the chance of being diagnosed with an early-stage breast ‘cancer’ diagnosis by 221%, and more disturbingly, increased the chance of being diagnosed with an advanced (lethal) breast cancer by 35% – exactly opposite of what would be expected if the mammograms were actually catching malignant tumours early, which would imply the incidence of the more lethal, late stage cancers would be lower and not higher.

According to Dr Prasad, author of a BMJ article, the screening may seem to save some women from dying of breast cancer but if ‘overall’ mortality is looked at, then the screening has not benefited women and may even contribute to them dying from some other cause.² This of course points to the danger of screening, false diagnosis, further investigations, stress induced by false positives and the possibility that all the radiation contributes to activation of other cancers.

Dr Prasad said in an interview: ‘Proponents of cancer screening say that screening tests have been shown to save lives. What we’re trying to show is that, strictly speaking, that’s … an overstatement.’4

Not just an overstatement, but a serious indictment of conventional medicine practices and the enormous harm that may again be done by governments, cancer institutes and medical specialists pushing early screening. This burden is in addition to poor education of doctors around diet management and other lifestyle management skills essential to preventive medicine rather than seeing screening as the way to go to prevent morbidity and mortality.

The rationale for cancer screening is that this will reduce the burden of deaths from cancer and that lowering cancer-specific deaths will decrease overall mortality. These assumptions no longer seem to be supported by the facts.

This will require a major turnaround for medical doctors and cancer organisations. The evidence suggests that screening for breast cancer should no longer be routine but taken on an individual basis, taking into account the many risk factors for that person. 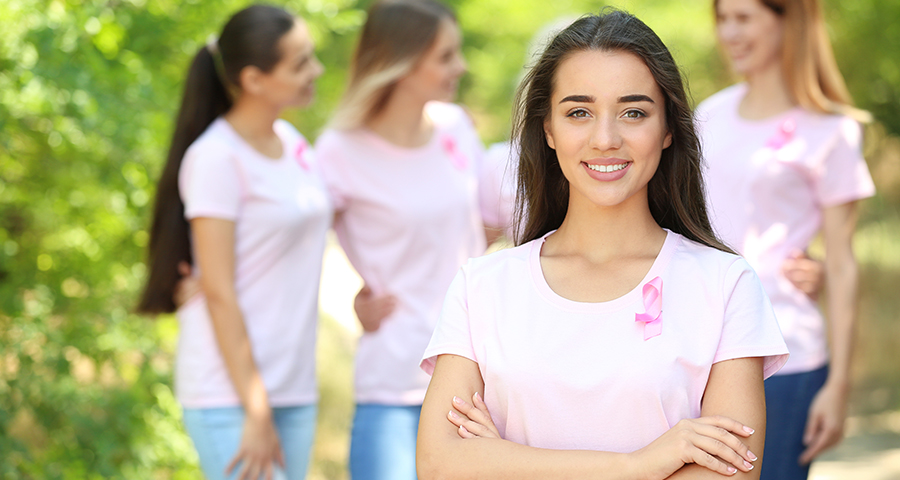 It seems that breast-cancer screening and even prostate screening has been over-promoted, with a whole industry involved as doctors, hospitals and governments get into the practice of providing a service for detecting early cancers. As I have often pointed out, once an industry gets started it grows exponentially and common sense often gets thrown out of the window, especially when money is involved. We now have the situation where cancer screening is so sensitive that it is picking up premalignant and very early cancers that may never cause a problem and may even regress. Instead of saving lives, research is now suggesting that regular screening may do the opposite, causing more harm and suffering, and that the overall mortality does not decrease. Women continue to die and screening may even contribute to the increasing death rate. There is some evidence that the radiation involved in screening or treatment may activate cancer stem cells. According to the authors of the study, when tumours are challenged by certain stressors, such as radiation, this may generate cancer stem cells, along with surviving cancer stem cells, to produce more tumours.6

Any indication of a ductal-cell cancer can be approached by supporting health and seeing what the body can do with this extra support. The innate intelligence of the body knows what to do. Integrative doctors can provide natural products and suggest lifestyle changes necessary for potential cancer to reverse itself back to happy cells.

A multidisciplinary group of French health professionals and patients, independent of all organisations or administrations, and without any conflict of interest, has voluntarily developed a website intended for women in an attempt to give them back the power of a really informed decision.8,9,10