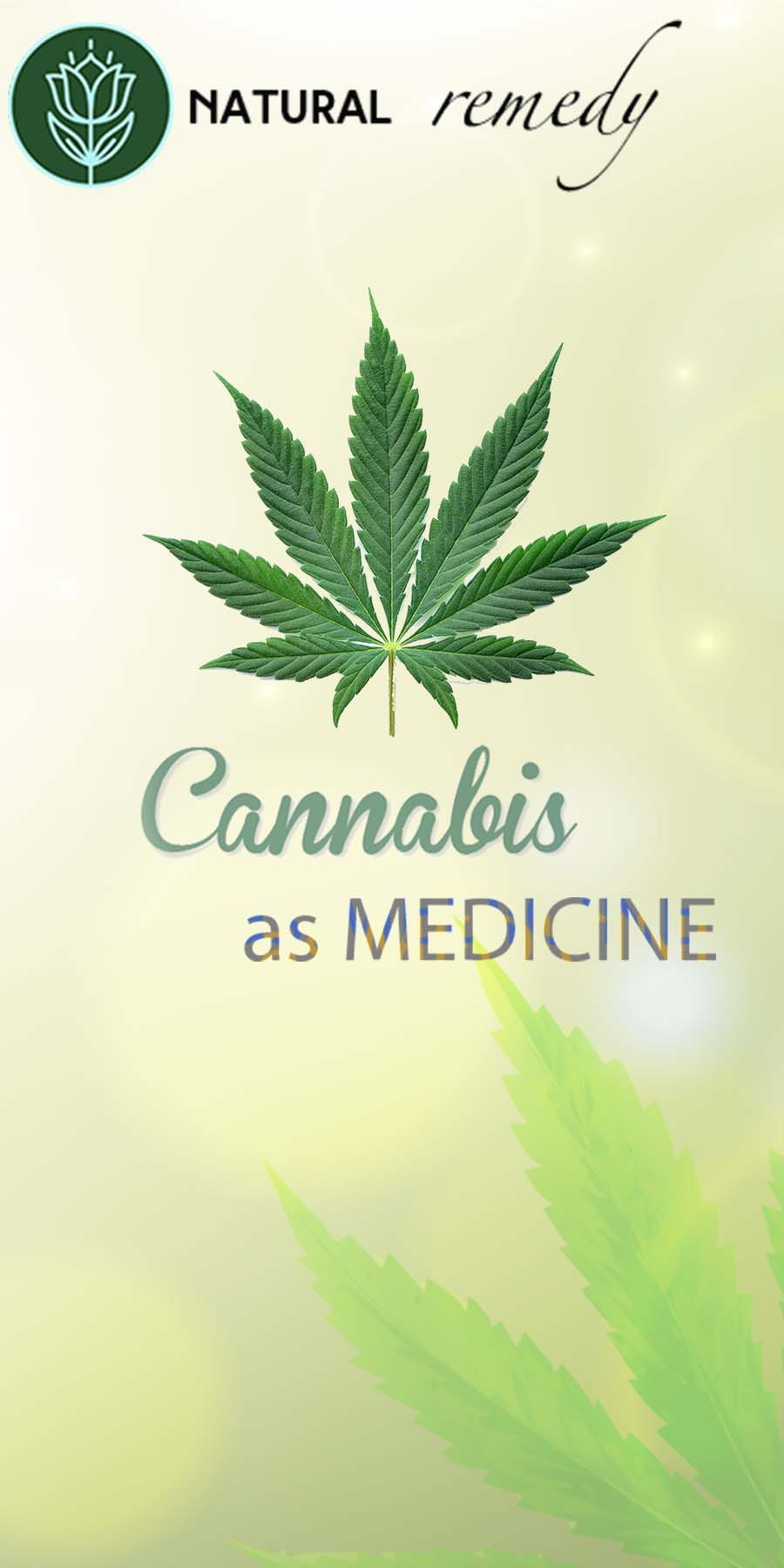 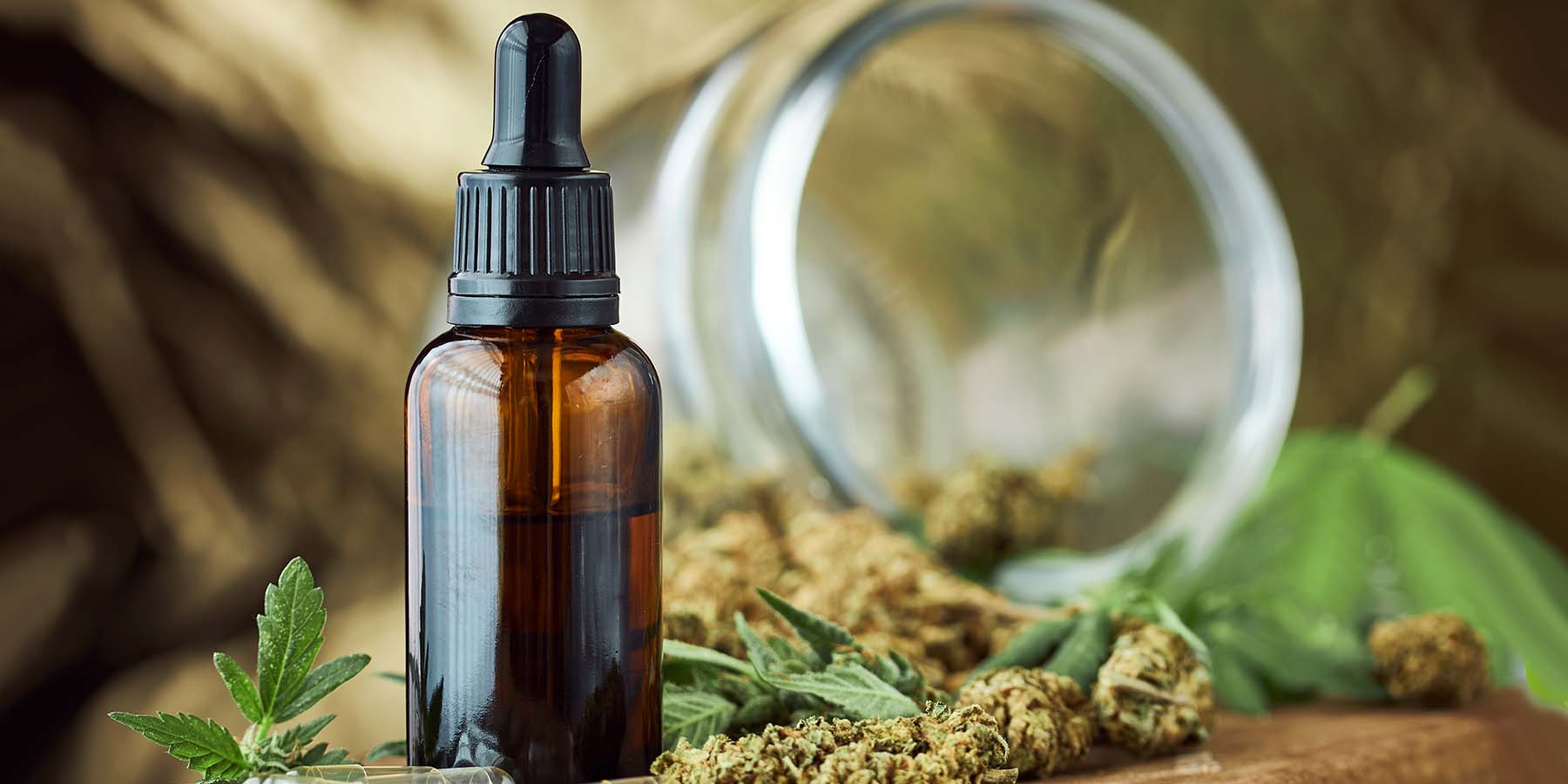 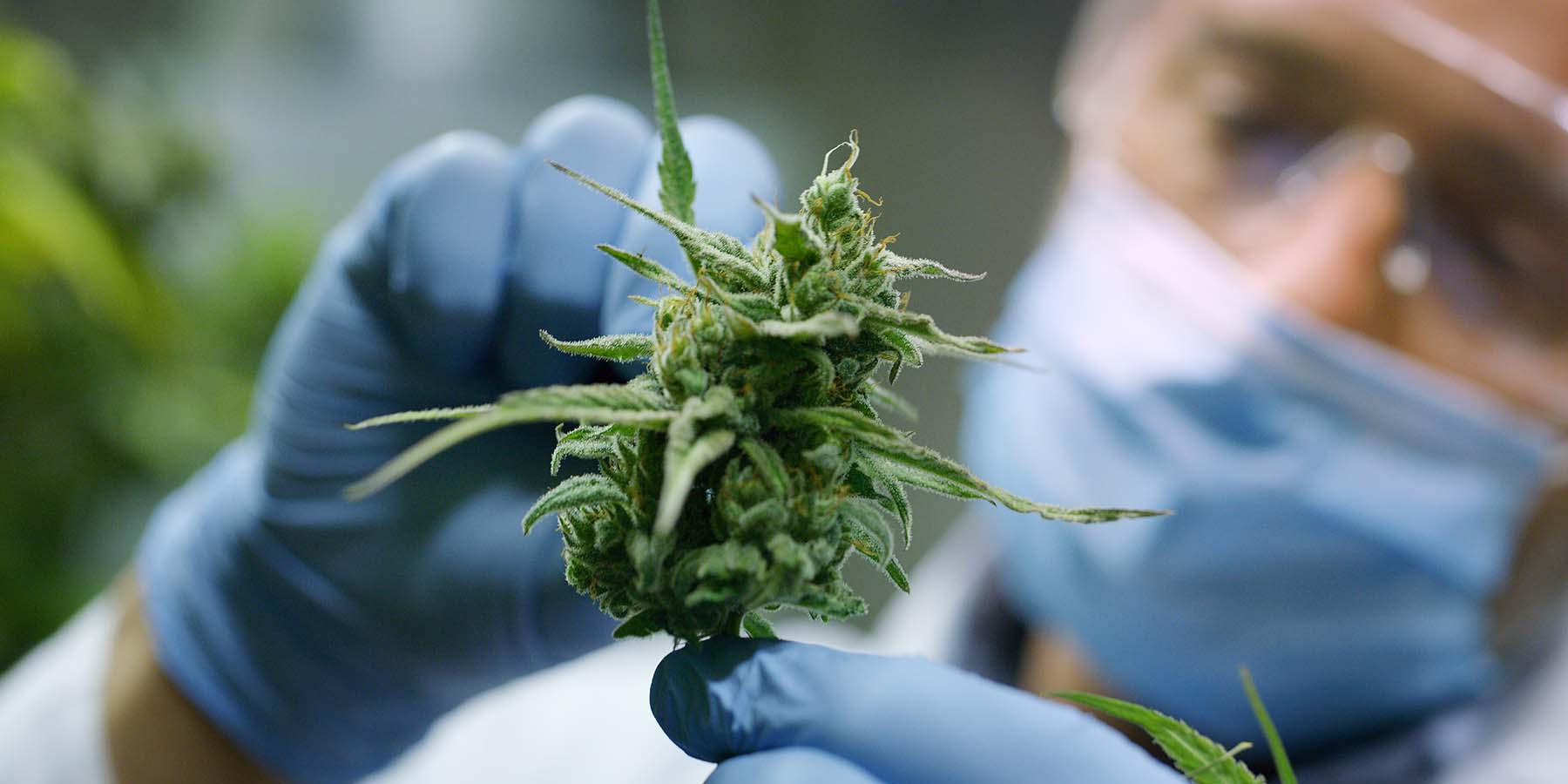 ‘I seek to consolidate the science regarding the essential nature of the phytocannabinoid contributions to health maintenance and restoration. That akin to essential fatty acids and essential amino acids, there needs to be Minimum Daily Requirements established to guide worldwide adoption of raw cannabis as the single most important dietary element.’ Dr William L. Courtney

Few topics have recently sparked as much debate as medicinal marijuana (Cannabis sativa, especially in oil form) did when terminally ill IFP MP Mario Oriano-Ambrosini admitted to using cannabis oil to treat his late-stage lung cancer. He tabled his private member’s Medical Innovation Bill, which seeks to legalise the use of cannabinoids for medical purposes and commercial and industrial use.

I started researching cannabis oil in December 2014 when my fiancé was diagnosed with a very large malignant brain tumour. I needed to see if there is enough evidence for its medicinal use, especially in cancer patients. I interviewed researchers, doctors, users and growers, both locally and abroad, and asked them tough questions.

I’ve concluded that health authorities globally, should adopt a constructive policy of legalising cannabis, making it available to doctors to prescribe. We don’t want cancer patients learning about the benefits of cannabis oil and then being forced to obtain ‘street cannabis’ illegally. This is not an option, especially for a cancer patient, as these oils may be impure, low grade and untested, and may contain harmful chemicals such as solvents and pesticides.

The Cannabinoid Research Society consists of scientists around the world who are investigating the potential use of cannabis in cancer and other diseases.

Cannabis oil is a concentrate, extracted from the Cannabis sativa plant using solvents and heat, and it is administered orally. The oil is made up of THC and/or cannabidiol (CBD) cannabinoids in various ratios. CBD doesn’t give the ‘high’ that THC gives – i.e. it is non-psychoactive. Oil containing both THC and CBD is considered to have greater cancer fighting ability than just THC alone.

Synthetic (man-made) THC has been manufactured in an attempt to simulate the cannabinoid receptors and is available by prescription (Cesamet and Marinol) in pill or suppository form. These drugs are used in cancer patients to help alleviate nausea, vomiting and pain. The drug Sativex is a highly purified pharmaceutical- grade extract of cannabis available as a mouth spray. It contains THC and CDB in an equal 1:1 ratio.

The recommended dose of cannabis oil varies between 500 and 1 000 mg of plant cannabinoids per day. The dosage of Sativex is 41.6 mg per day. Researchers conducting one study concluded that natural marijuana was more successful than synthetic THC for some patients.¹

Hemp seed oil is often confused with cannabis oil, but they are two very different products. The protein-rich seed oil has been regarded as a superfood because of its unique 2:5:1 ratio of omega-3 to omega-6 to GLA (gamma-linolenic acid). Hemp seed oil is legal and commercially available. But it is not the same as medicinal cannabis oil.

As you dig into the research, you will discover that it’s best for a medical doctor to prescribe cannabis oil, as the ratio of cannabinoids (THC to CBD) required varies between cancer types and cancer patients. Just grabbing any oil you can find might not have the desired end result, and could even cause more harm than good if the oil contains contaminants.

Do your own research and find a high-grade oil (in various ratios) and a practitioner willing to work with you should you desire to use it medicinally. Medical doctors need to research the relevant dosages, and ideally the strain of plant to use, in order to treat patients optimally. Lab experiments have shown promising results with THC on brain tumour and prostate cancer cells, while CBD seems to work well on breast cancer cells.

Receptors are small proteins embedded in the membranes of all cells, including neurons. When specific molecules like cannabis molecules (cannabinoids) bind to them, changes in the cell occur. There are currently two known cannabinoid receptors: CB1 (mainly in the brain, central nervous system, lungs, liver and kidneys), and CB2 (expressed in immune system and blood). A third cannabinoid receptor is suspected to exist in endothelial cells and the central nervous system. The endocannabinoid receptors are in charge of turning up activity in certain parts of the brain, and turning it down in others – in other words, acting as a regulator to keep bodily functions in check.

The receptor CB1 seems to be present in all vertebrate species, suggesting that systems employing the brain’s own cannabinoids have been in existence for about 500 million years.

CANNABINOIDS AND THE BRAIN

By examining endocannabinoids, researchers have exposed an entirely new signalling system in the brain – nerve cells communicate in a way that that no one suspected even 15 years ago. Fully understanding this signalling system could have far-reaching implications on treatments for anxiety, pain, nausea, obesity, brain injury and many other medical problems. The neurobiology of cannabinoids has been analysed for the past 20 years.2-5 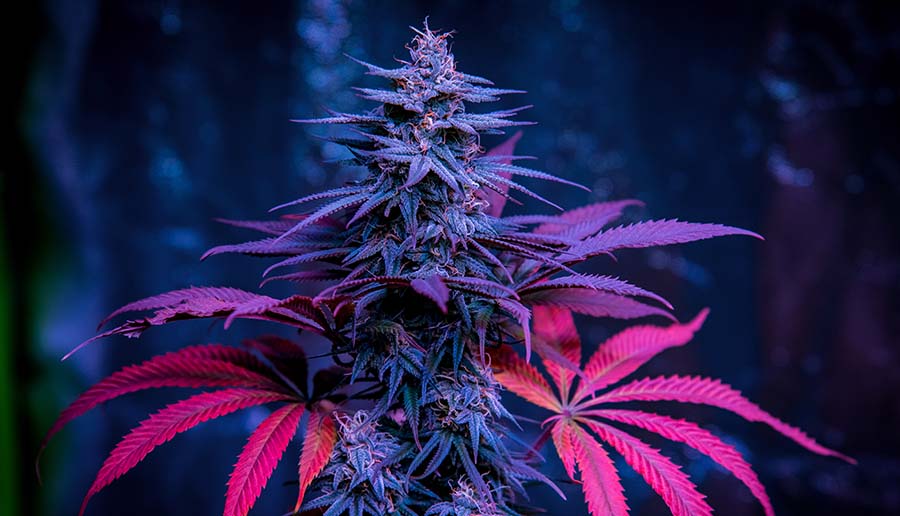 Cannabinoids have both cancer- and tumour-fighting properties. Several published studies focus on the medical value of smoked cannabis,6-9 but I would like to focus on the extracted oil only in this article.

An opinion article published in 2012 in Nature Reviews Cancer discussed the current understanding of cannabinoids as anti-tumour agents.10

The article summarised scientific discoveries that various cannabinoids (both natural and synthetic) have a wide range of effects in the lab, including:

All these effects could be caused by cannabinoids locking onto the CB1 and CB2 cannabinoid receptors.

So far, the best results in the lab and in animal models have come from using a combination of highly purified THC and CBD.

Combining cannabinoids with other chemotherapy drugs may be an effective approach, as seen in lab results with temozolomide and cannabis oil, where not only tumour death was shown, but cells were protected against tumours forming.11

The well-known Spanish study12 by Dr Manuel Guzmán and his team was not only the first clinical study to assess the anti-tumour action of cannabinoids on patients with recurring brain tumours, such as glioblastoma multi forme (GBM), but also the first human study in which a cannabinoid was administered intracranially. This was invasive and traumatic, as a catheter was placed at one point of the tumour, through which purified THC in a high concentration solution was administered.

The effect of THC on patient survival was unclear, and a larger trial is required and worth pursuing with a different design such as oral administration of various concentrations of THC and THC with CBD in various ratios. Recurring GBM is a rapid and lethal cancer. Patients with better prognosis than GBM are needed to make a fair trial. 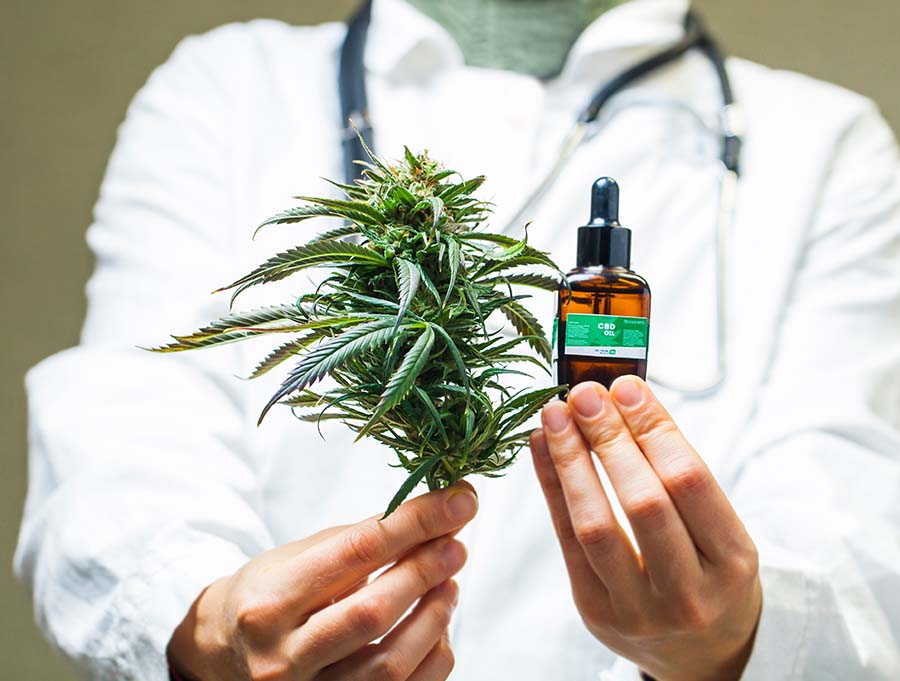 Virtually all the scientific research investigating whether cannabinoids can treat cancer has been done using cancer cells grown in the lab or in animal models. There is no solid ‘proof’ that cannabis or cannabinoids can cure cancer in humans. It’s important to be cautious when extrapolating results from studies and applying them to live patients. We tend to be a lot more complex than a Petri dish or a mouse.

However, there are anecdotal reports on the successful use of cannabis and cannabis extracts in the treatment of various cancers. There is, for example, the sad story of Cash Hyde, a two-year-old boy with brain cancer from Montana, USA. He was treated with cannabis oil, and his cancer went into remission. Then his access to the oil was cut off due to a federal crackdown resulting in the closure of most of the medical marijuana dispensaries in Montana. He died at the age of four. Cash was one of over 7 000 patients treated using medicinal cannabis by Dr William Courtney, a highly qualified medical doctor and eminent researcher in the field of medicinal use of cannabis.

Patients, or parents of children who are patients, who want to try a non-toxic, plant-based alternative treatment that works naturally through the body’s endocannabinoid system should be permitted to do so in consultation with a medical doctor. Cannabis oil is a low-cost and 100% natural treatment option.

Anyone wanting a natural solution to disease should absolutely be entitled to it!

Cannabis has long been recognised as having medical properties. The earliest written reference is to be found in the 15th century BC Chinese pharmacopeia, the Ry-Ya.

More than 100 articles on the therapeutic use of cannabis were published in medical journals.

Raphael Mechoulam of the Hebrew University in Jerusalem identified THC as the compound that accounts for virtually all the pharmacological activity of cannabis.

The US Food and Drug Administration approved synthetic THC, Marinol (dronabinol), to treat nausea and vomiting associated with cancer chemotherapy in patients who failed to respond adequately to conventional treatments. Cesamet (nabilone) was also approved in 1985, but only allowed to enter the market in 2006.

The first endocannabinoid receptor, CB1, was identified in the brain by Allyn C Howlett and her colleagues at St Louis University in the USA.

The importance of CB1 in the action of THC was proved when two researchers working independently (Catherine Ledent of the Free University of Brussels and Andreas Zimmer of the Laboratory of Molecular Neurobiology at the University of Bonn) bred mice that lacked this receptor. Both investigators found that THC had virtually no effect when administered to such a mouse: the compound had nowhere to bind and hence could not trigger any activity.

Twenty-eight years after he identified THC, Mechoulam discovered a fatty acid produced in the brain that binds to CB1 and that mimics all the activities of marijuana. He named this first endocannabinoid to be discovered anandamide, after the Sanskrit word ananda, meaning ‘bliss’.

Daniele Piomelli and Nephi Stella of the University of California discovered another lipid, 2-AG, even more abundant in certain brain regions than anandamide. Together the two compounds are considered endocannabinoids.

A second cannabinoid receptor, CB2, was identified after nearly a century of work by many individuals. 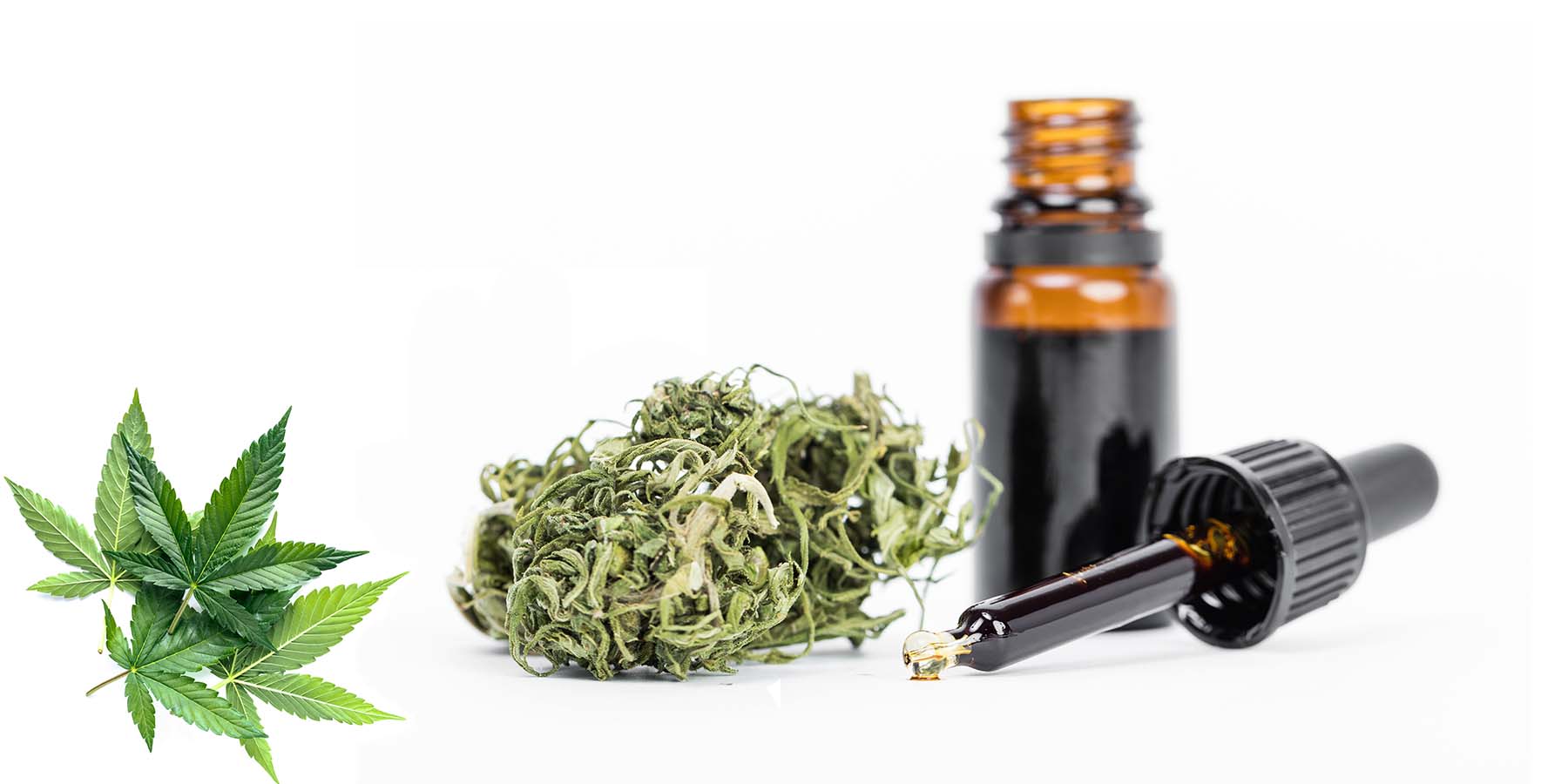