The Chakras and Energy Healing 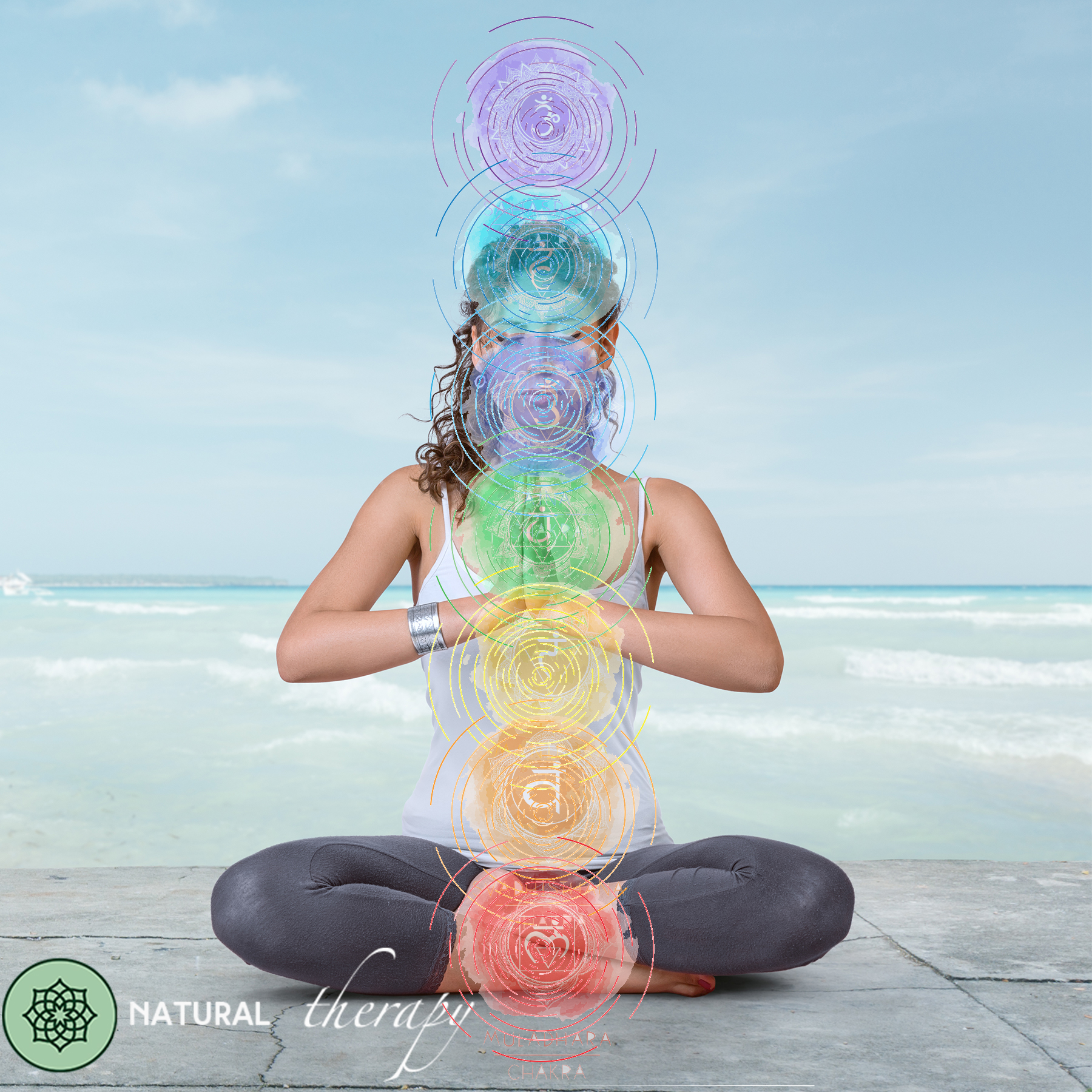 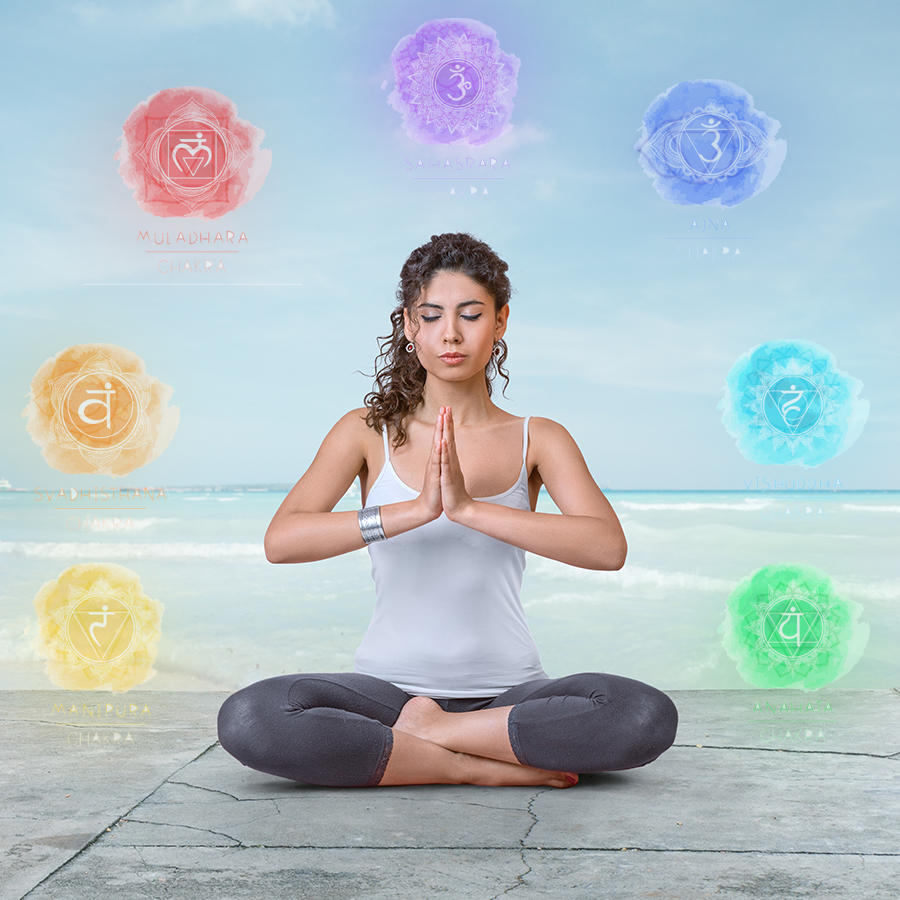 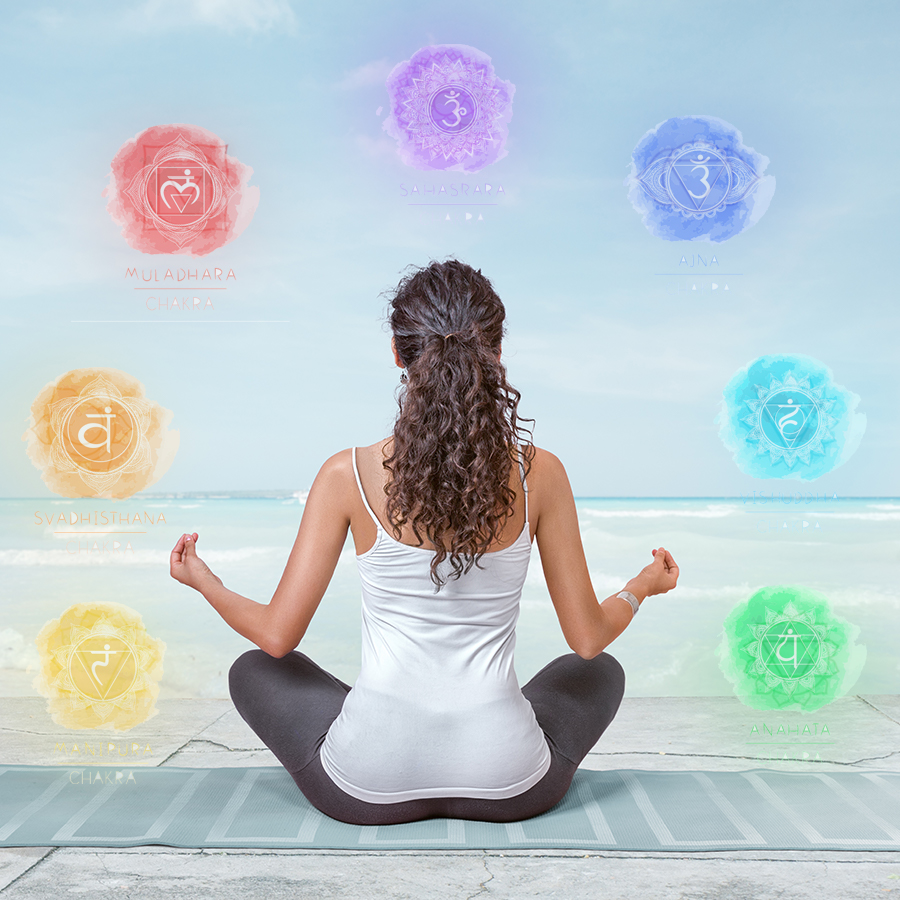 The origins of the ancient science of energy healing are rooted in Hinduism and Buddhism, and date back to the time of the Vedas, four holy books that Hindus believe emerged between 1500 and 1200 BC. All matter is made up of energy, and any deviation from the normal frequency will change the energy levels of the organ or part of the body.

THE ORIGIN OF CHAKRAS

Traditional Chinese healing sciences, such as tai chi, believe that the body has natural patterns of qi (energy) associated with it. Qi Gong is the Mandarin Chinese term for the chakra system, and states that qi flows through energy channels, which are also known as meridians. The science of acupuncture also recognises the energy centres and meridians in their philosophy and treatment. Illnesses are seen as the product of disrupted or unbalanced qi movements.¹

All atoms, cells, tissues and organs exist as energy, each with its own frequency or vibrational energy, and their own distinct colour. Each organ and energy centre vibrates and harmonises with the frequencies of these colours. Physical matter has a slower vibration of frequencies, whereas subatomic matter vibrates above the speed of light, often referred to as pure light energy.

WHAT ARE THE CHAKRAS?

Chakra is a Sanskrit word meaning a wheel or vortex, and it refers to the energy centres, which regulate the flow of energy through the body. The chakras are connected to a network of psychic channels called ‘nadis’, which correspond to the nerves.

They are wheels of bright colour, which spin totally in balance when one is healthy and happy. When one is in poor health, or feeling distressed, the chakras spin out of balance, and the colours are not so bright. Each chakra is related to a particular colour, which it must produce for its energy field, in order to spin in balance.²

HOW THE CHAKRAS OPERATE

There are seven major chakras in the body which produce energy fields, and which spin at specific frequencies in order to regulate the functioning of the organs and glands of the body. Each chakra is connected to a specific area of the body, which is influenced by emotional, physical, mental and spiritual factors. The chakras interact with the physical body through the endocrine and nervous systems (plexus) and are associated with various parts of the body which are under their control. For example, any tension or anxiety is detected by the nerves of the plexus associated with that chakra, and those emotions are transmitted to parts of the body which are controlled by that plexus. Prolonged tension or anxiety will result in physical symptoms in the body, depending on the level of intensity.

Each of the chakras is believed to have its own unique ‘personality’, each controlling a specific aspect of one’s life. If one is experiencing any form of physical or mental shortcomings, limitations or challenges in one’s life, one of the chakras is weak or closed.

The chakras open and close according to one’s conscious and subconscious decisions about how one experiences the world; from what one decides about how to respond to situations to how one thinks, feels and behaves. The ideal condition of chakras is that they should all be open and active, and neither underactive (closed) or overactive, as this will result in disharmony of the body. A variety of illnesses may arise from chakra imbalances associated with the endocrine glands.

The chakras are depicted symbolically as lotus flowers, each having a particular number of petals and a characteristic colour. The lotus symbolises the three stages – ignorance, aspiration and illumination. It represents spiritual growth from the lowest state of awareness to the highest state of consciousness.³

The chakras located at the lower parts of the body represent our instinct, which work together with our feelings and thinking, whereas the higher chakras represent our mental state. Each chakra energises and sustains certain organs. The balance of the seven chakras activates healing by transmitting energy to the electromagnetic field around the body.

On a physical level, chakras are associated with the major nerve plexuses and endocrine glands in the body.

Any physical healing technique which works with the aura of the body can give an energy boost, which allows internal healing mechanisms to become mobilised into greater activity. Spiritual healing is also enhanced by the therapy which focusses on the root cause of a disease as internal in nature.6

The conscious and subconscious decisions about how one experiences the world influence the activity of the chakras, which need to be open and active, so that balance and harmony can be achieved and maintained.

An understanding of the chakras and their relationship with the body and emotions highlights the interaction between man and the environment and the spiritual and energetic forces which work together synergistically.

About the Author: Linda Mayer

Linda Mayer is registered as a clinical nurse practitioner, midwife, with Psychiatry and Community Health (SANC), certified Functional Medicine Practitioner (FMU), Doctor Medicina Naturalis (WONMP), and a Senior Ambassador for Health and Peace (International Academy of Lymphology). She is currently working in the field of geriatrics and as a psychiatric nursing consultant for a long term care facility.
Toggle Sliding Bar Area
Page load link
Go to Top