Children and their Habits 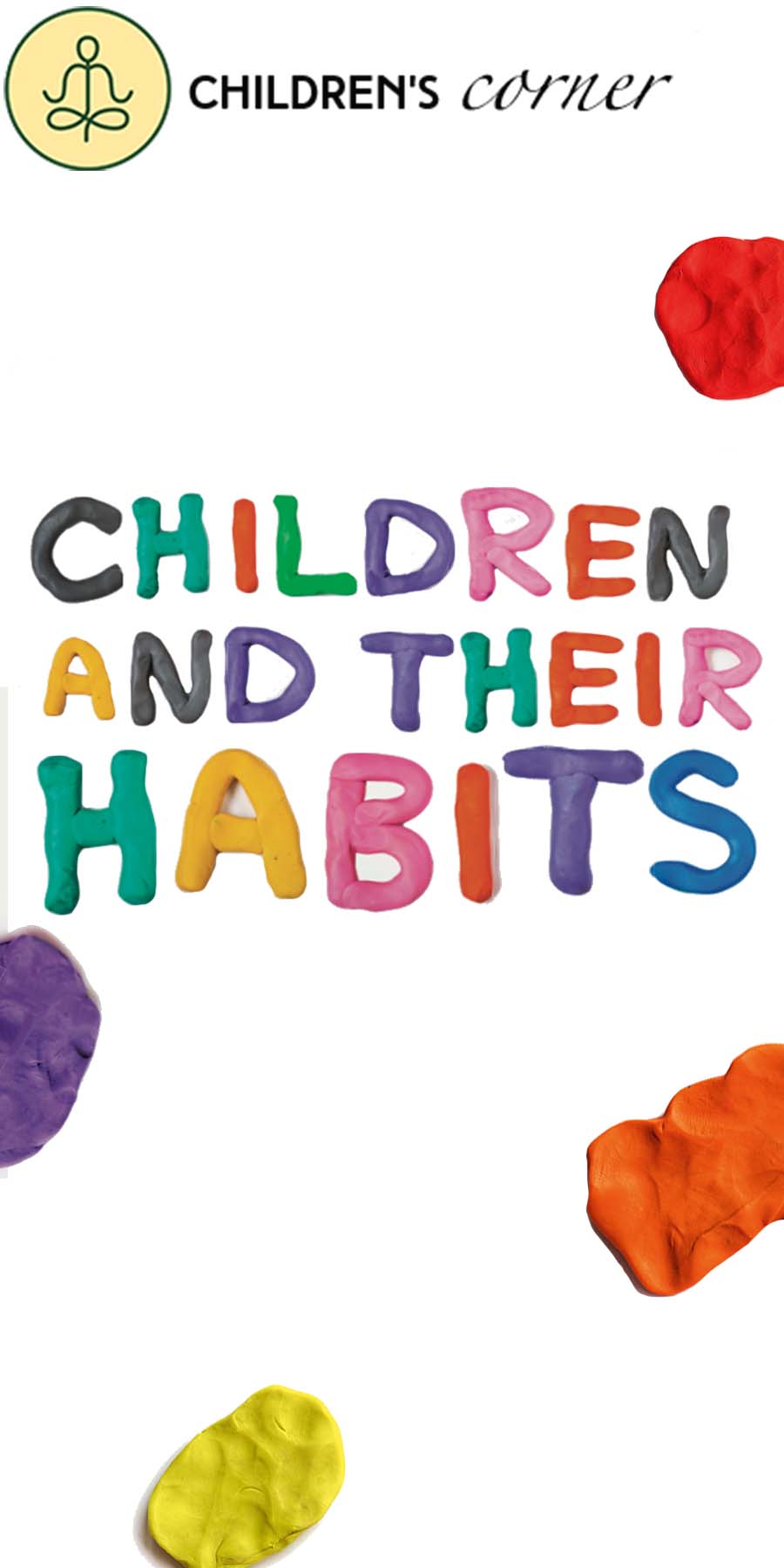 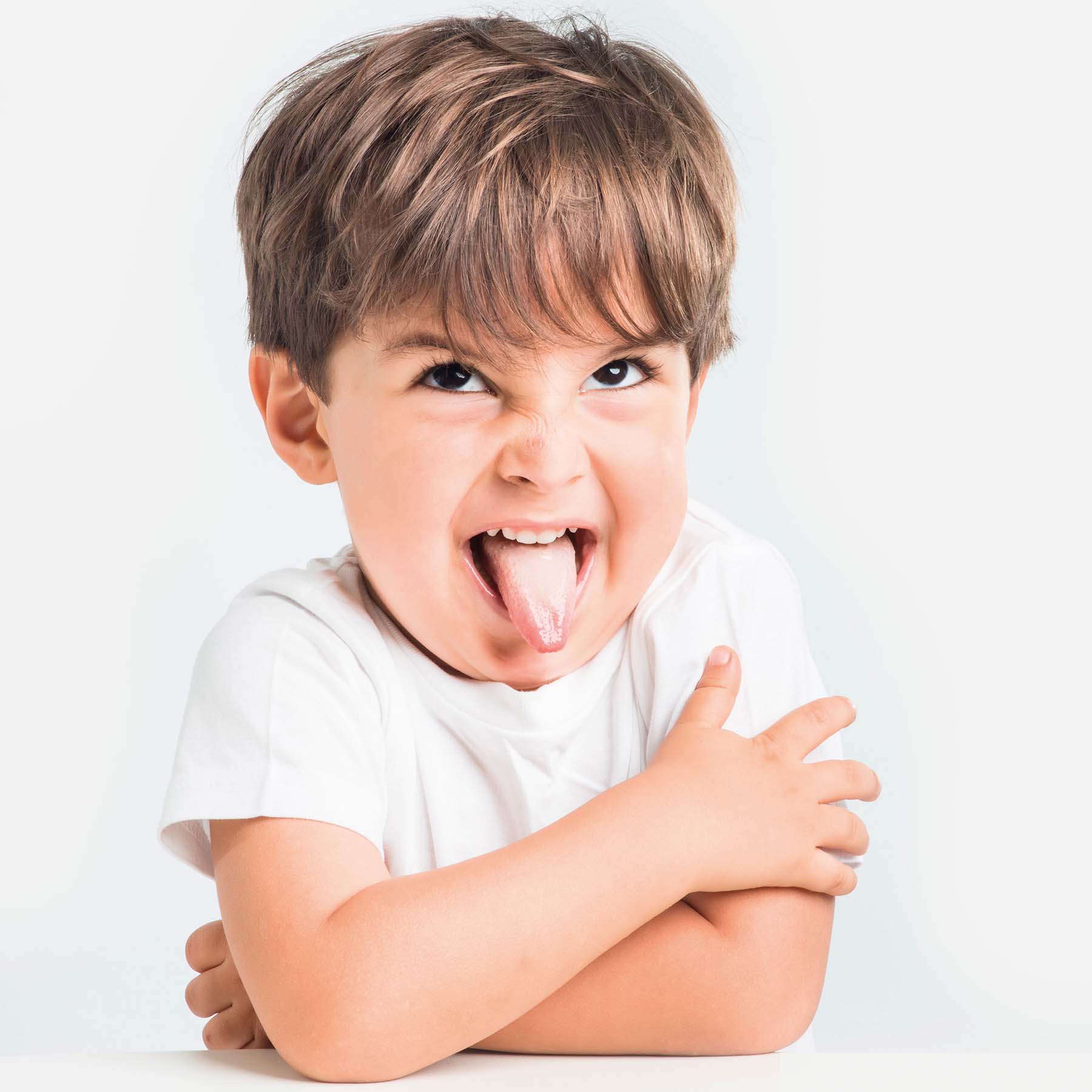 How often do you find yourself the centre of unwanted attention in the supermarket, as your three-year-old screams louder than ten vuvuzelas? Ann Gadd takes a look at children’s more unattractive habits, starting with tots who have tantrums.

What adults suppress, children (and pets) often express. Not a comforting insight when your grown dog still chews everything within reach and has a nasty habit of eyeing your leg with fond intention, the cats are all totally neurotic, and your three-year-old just bit his best friend. ‘Could this be anything to do with my anxiety?’ you may ask. ‘Or my partner’s stress?’

In a family environment, we are not separate islands floating in a vast sea of indifference – we are all connected, so what happens to one person in the family will affect the others, emotionally and physically. For example, a couple I know are having a horrendous time with a building project (sadly not an unfamiliar scenario). Is it mere coincidence that their two-year-old has developed eczema, a disorder symbolic of antagonism and irritation?

Habits that children develop are often responses to their environment and those within that environment (particularly in the case of the more sensitive child in the family). The realisation of how we interconnect is not about beating ourselves up as adults, however – most parents really do try their best. Rather it’s about understanding that your child’s individual habit may also involve the family dynamics as a whole. Nobody is without issues – working through them is part of the reason we’re here.

There are few children who don’t at some time display habits that we as parents would rather they didn’t. So why do children act out this way, and what can we as parents do to understand and lessen this behaviour (and remain sane at the same time)?

Much of the answer lies in understanding your child’s behaviour – knowledge, as they say, is power. If you know why your child is doing what he or she is doing, then you don’t feel so helpless dealing with the situation. Let’s take a look at temper tantrums, what may cause them, and how best to respond.

FREE WILL VERSUS ‘BEING GOOD’

As your child moves into the so-called ‘terrible twos’ he is starting to realise his separateness from you – up to now, he would have felt little distinction between himself and you. With this realisation of separation comes the development of free will, which naturally the child will want to express – it’s all part of growing up.

At this age a child is also starting to understand the concept of being ‘good’. Children are likely to be rewarded or praised for this, and punished for doing the opposite. This creates an inner battle between the child’s own needs and wants, such as ‘I want that toy’ versus the will outside that says, ‘No you can’t have it – it belongs to Jane, and she is playing with it.’ In order to be ‘good’ and not grab the toy, the child is forced to go against his own will. This can create inner turmoil as he struggles between meeting his own needs and the expectations of parents, peers and caregivers.

Too much authoritarianism, and you can break a child’s will. Too little, and there is the potential to create a child with poorly developed willpower and self-discipline.  Passively or overly aggressive behaviour can also result if we as parents don’t find a middle road in dealing with these situations. When a child’s will conflicts with your or anyone else’s will, a potentially explosive situation is created. As few tots have the emotional development to cope, they may well respond by throwing a tantrum.

When your child throws a tantrum, to give in is to set a pattern for the behaviour to be repeated whenever the child does not get what he or she desires. However, the reality of a major showdown when you’re tired, stressed and perhaps have another child in tow can make giving in seem a lot easier in the short term than worrying about the long-term repercussions.

If you are able to remain calm (and I realise that when you’re frazzled this may not be easy), reassuring and acknowledging the child’s upset will go a long way towards helping work through her anger. The anger usually stems from fear, such as ‘if I don’t get this toy now, I’m afraid I never will’, and this is replaced by sadness or grief at not getting what she wants, followed by acknowledgement on the part of the child that she has not behaved well. Only after this can the child reach final acceptance and letting go of the situation.

Allowing your child to work through her emotions in the order described above (fear, anger, sadness, acceptance), with calm acknowledgement from you about how she is feeling, will go a long way towards calming her and creating a relationship in which she feels understood.

Surviving a tantrum
The most important things to remember when your child is in the throes of a tantrum are:

Some of these points are from Heptune.

You may notice that certain circumstances precipitate your child’s tantrums. It can help to talk to him beforehand.

Explain what you are about to do, then what kind of behaviour you expect, putting your expectations in positive terms. After you have told the child what you want, tell him what you don’t want. (‘We will not scream, throw things or kick. We don’t do those things in public. It bothers people.’) This tells the child not only what behaviours to avoid, but why to avoid them. Then get the child to agree to this. A child may well not throw a tantrum if he has agreed ahead of time not to.

Discuss treats with the child. Tell him where you are going, and what kind of treats, if any, he can expect to get. You might say, ‘When we go to the shop, you can select one lollipop, any flavour you like, as a treat.’ Make it clear that one lollipop is all he will get. If you don’t want the child to get a treat that day, make this clear ahead of time. A child will often accept not getting a treat if told beforehand. But make sure that whatever you tell the child before the trip to the shop, you stick to it!

Ann Gadd is the author of Better Parenting with the Enneagram, Healing Habits, The Enneagram of Eating, Painting by Numbers - Art and the Enneagram, and a 10-part children's Enneagram series (Percy Perfect, Hazel Helper, etc ) as well as a number of other books. Ann has spent over 40 years studying a diverse range of esoteric, Enneagram, and psychological interests. Ann is a professional member of the International Enneagram Association, Integrative Enneagram coach, as well as having taught numerous workshops. As an artist she is most known for her quirky sheep series. Ann is also a photojournalist and journalist who has written for a number of publications. Her websites include: https://enneagrams9paths.com and https://anngadd.co.za
Toggle Sliding Bar Area
Page load link
Go to Top