Chocolate and Coffee – the Good, the Bad & the Ugly 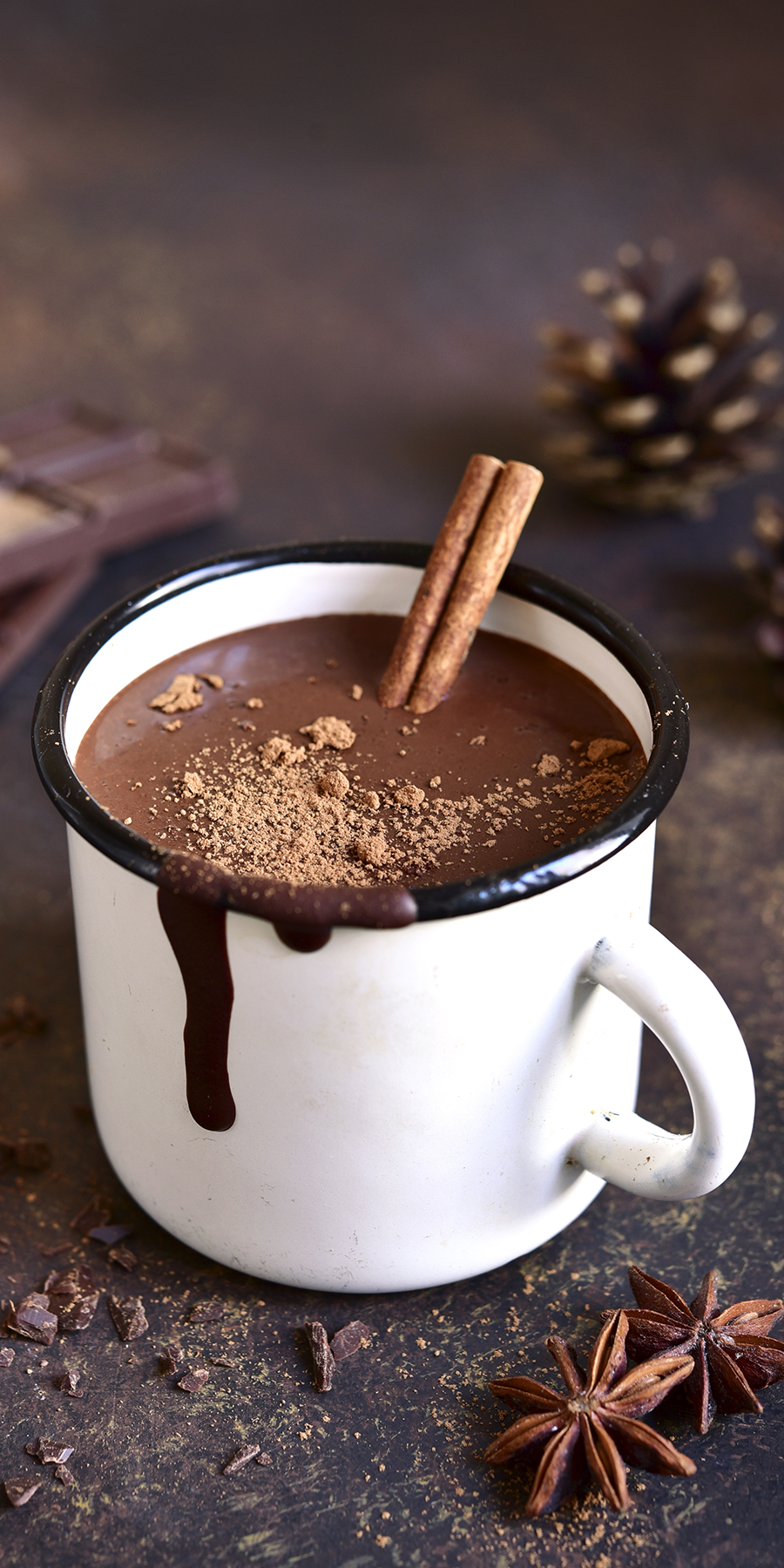 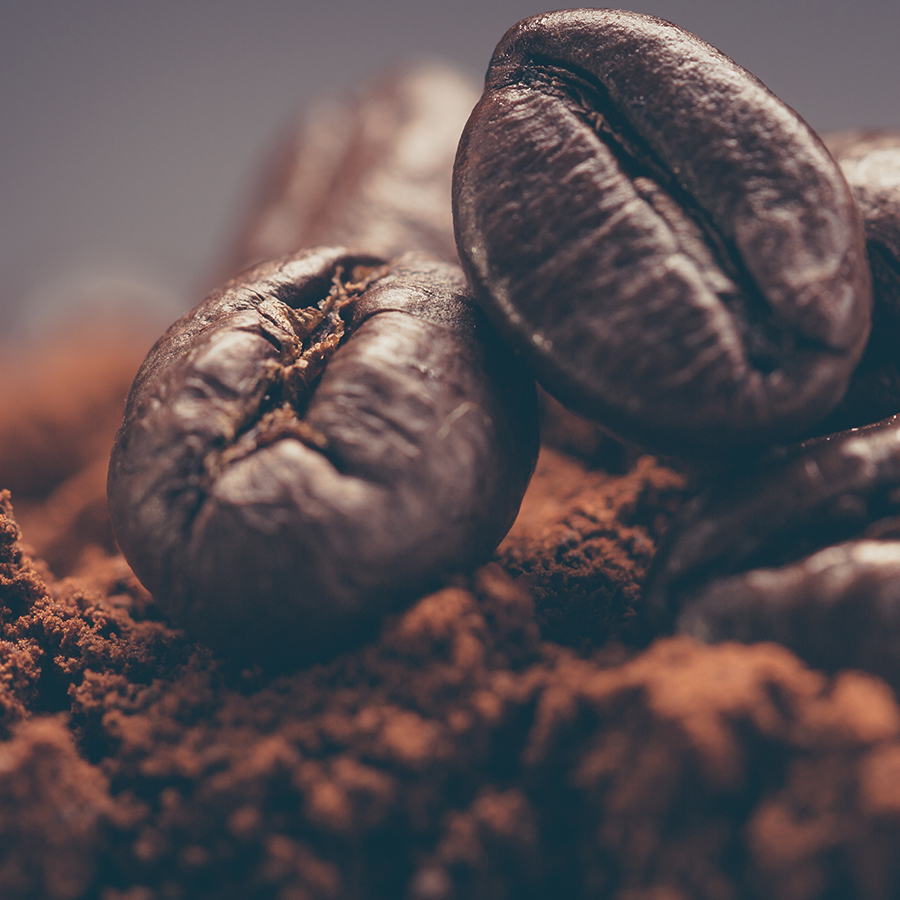 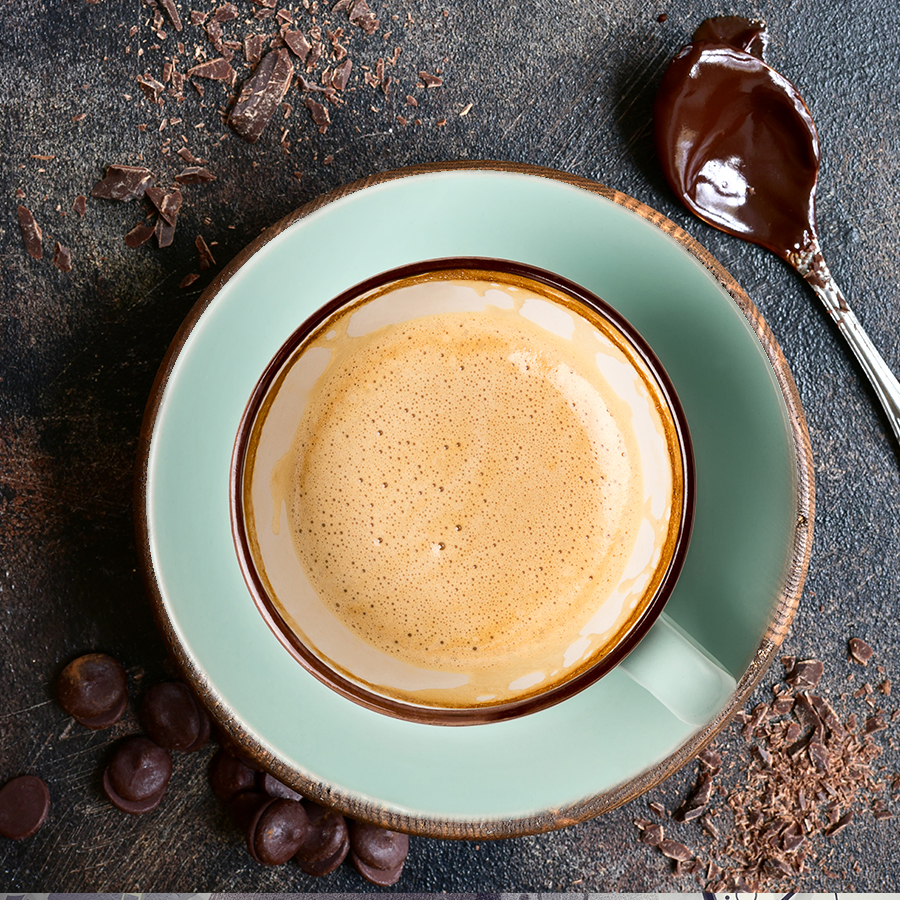 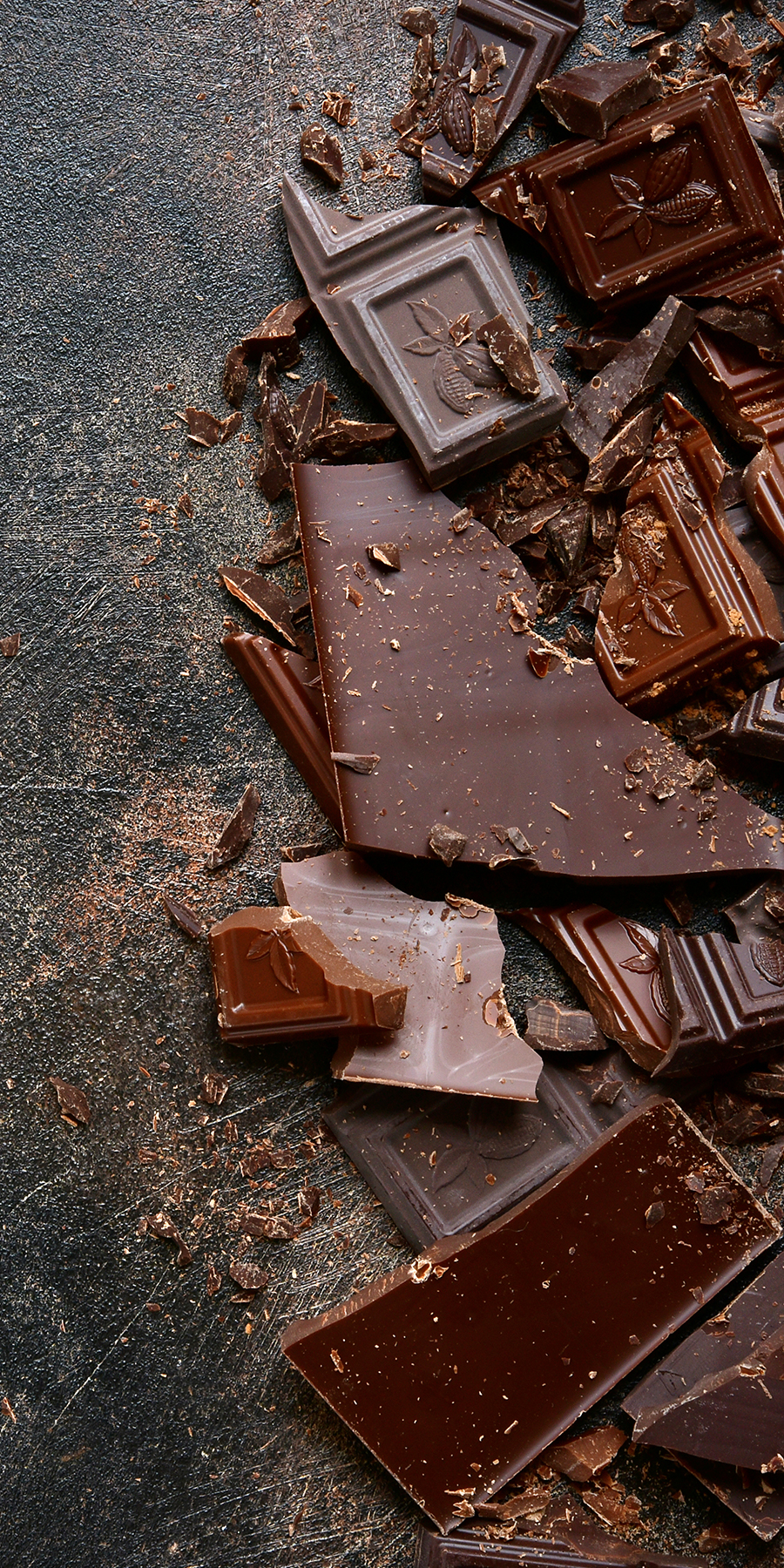 Chocolate and coffee provide a luxurious and indulgent element in the lives of many. Some call them foods, others drugs; some deem them to be healthy, others a risk. Whatever your perspectives, these two products, each derived from a bean of sorts, provide endless fascination and debate. Let’s take a look at what makes these foods what they are.

This bean, together with the surrounding fruit derived from the cacao tree, Theobroma cacao, has been consumed by humans for at least 2 000 years, possibly longer. Cocoa is endemic to Central and South America and the two main varieties, the criollo and the forestero, respectively account for 10% and 90% of global production. The former provides a paler product, the latter the dark cocoa with which we are so familiar.

The name of cocoa, theobroma, provides a clue as to its main psychoactive component, theobromine. Theobroma means ‘food of the gods’, a sentiment many would agree with.

While cocoa may be a delectable food, it also has many proven and anecdotal health benefits. Traditionally the cocoa plant had several uses, including for the control of parasites, as an antiseptic, and even as a remedy for snakebite. While it may be a bit extreme to go on a chocolate binge if a cobra bites you, several clinical trials have nevertheless demonstrated the usefulness of cocoa and its active ingredients for other applications.

The most notable of these is as a potential cough suppressant. Double-blind studies show cocoa to be far more efficacious than conventional cough remedies such as codeine.1 Cocoa also has a high number of anti-cancer phytochemicals (plant-produced chemicals – theobromine is one of these) and related beneficial compounds such as antioxidants.2

Theobromine has marked diuretic properties, useful in cases of fluid accumulation. It also has dilatory effects on the circulatory system, helping to reduce the effects of high blood pressure, and is additionally thought to reduce the likelihood of heart attacks and strokes.3

Then there is the drug aspect of cocoa. As a confirmed chocoholic I, like millions of others, can attest to its addictiveness! This may be related to both its sensuous eating and taste qualities and its effects on the brain. Chocolate is a comfort food, with high fat and sugar levels. But it is also a dopamine stimulant, with similar properties to caffeine, although somewhat milder. Beside theobromine, cocoa contains other psychoactive compounds such as methylxanthines, biogenic amines and cannabinoid-like fatty acids that could all contribute to increasing its addictive potential. There are no recognised physical withdrawal symptoms.

But how good for you is today’s commercially available chocolate? We have learned that it has many beneficial properties, but modern processing introduces issues such as the use of chemicals in growing cocoa, as well as the additives introduced into what was originally a far less adulterated mixture.

Most widely available milk chocolate varieties have few remaining beneficial qualities. There is almost no Theobromine in comparison with dark chocolate. Chocolate syrups and other chocolate-flavoured foods are similarly depleted of much benefit, tasty and attractive as they may be. Milk chocolate contains high levels of milk, fat, sugar and emulsifiers such as soy lecithin – the latter generally produced from genetically modified soya. Much of the world’s cheap chocolate is grown intensively in plantations that rely on chemicals to control pests. Slave and child labour is also strongly linked to the cultivation of cacao.

It’s always best to eat your food as close to its natural state as possible. Good chocolate contains cocoa butter, the natural theobromine-containing fat found in the cocoa bean. Cheap chocolate contains vegetable fat that may even be hydrogenated. Buy organic chocolate and cocoa products when possible. Failing that, eat dark chocolate. It has less sugar and dairy content, and a far higher cocoa content. While it may be more expensive, you get what you pay for.

Several varieties of organic chocolate beans have recently become available in chunks or in little pieces known as ‘nibs’, as well as in unprocessed cocoa powder. These have the highest levels of beneficial antioxidants of any product, including goji berries and other well-known health foods.

And then there’s that cup of hot cocoa to put you to sleep, until morning when you wake up and smell the fresh aroma of …

COFFEE, THE FUEL OF WORKERS EVERYWHERE!

Compared with cocoa, coffee has a far more chequered health pedigree. Its higher caffeine content makes it a much more potent drug than chocolate. Coffee energises industry and is the legal ‘upper’ of many workers around the world. Without coffee, overworked and underpaid employees would certainly be far less productive.

Coffee was mentioned by Homer and originates from Ethiopia. It was introduced widely into Europe during the time of the Ottomans. It has since become a globally important crop, with around 10 cultivars grown, Coffea arabica and C. robusta the most widely cultivated. Arabica coffee has a lower caffeine content and provides around 75% of the global crop.

Numerous studies have proved that caffeine, the main psychoactive component in coffee, assists in keeping exhausted individuals sharp. Too much can make you jittery, nervous, anxious and even paranoid, as well as increasing the risk of hypertensive coronary heart problems – just the thing to keep the office on its toes, in fact. Sensitive individuals cannot drink coffee without suffering from sleep disorders.

More worryingly, coffee can raise levels of homocysteine, increasing the risk of heart problems. This means that coffee is not a good idea for people who are stressed, smoke, don’t exercise or have other risk factors for coronary or circulatory disease. It can lead to anaphylactic shock in some sensitive individuals, just as seafood and nuts can in others.

Coffee should not be consumed during pregnancy or when trying to conceive, as it has been linked to stillbirths and difficulties in conception. On the other hand, it has been shown to assist survival of premature babies! I wonder who paid for that study?

The caffeine in coffee, and in other beverages such as tea, guarana and colas, is rapidly tolerated and mildly physically addictive.

Withdrawal symptoms such as headaches and irritability are typical.

On the other hand, should a nuclear war break out, two studies have shown that high caffeine levels increase survival rates of mammals exposed to otherwise fatal doses of radiation!4 While we all hope that we will never need coffee for this eventuality, it does have other more relevant benefits.

Coffee has been shown to contain higher levels of beneficial bioflavonoids and antioxidants than either green tea or cocoa; the relative bioavailabity of these compounds in each of these beverages remains disputed.

A direct relationship has been found between coffee consumption and a decreased risk of contracting type 2 (adult-onset) diabetes.5 Three independent studies have individually come to the same conclusion, showing a marked reduction in risk of type 2 diabetes in proportion to the amount of coffee consumed. This has also been demonstrated to a lesser extent with tea, indicating that caffeine may be the active factor in this regard.

Asthma sufferers have also been shown to benefit from moderate coffee consumption. In emergencies they may even be able to use coffee to reduce the severity of an attack, but not if the individual has a shown sensitivity to coffee!

Coffee has been linked to a reduced risk of Alzheimer’s and Parkinson’s diseases,6-7 possibly by stimulating the nervous system and increasing dopamine levels. It has also been found to be statistically linked to a reduction in the occurrence of gallstones.8

Just like cocoa products, modern coffee products are often seriously changed or adulterated. The dairy and sugar in a double latte, triple-chocolate frappochino (whatever that may be!) or cappuccino, or the whisky and cream in Irish coffee, probably present more of a risk than a smidgen of caffeine.

The pesticides and chemicals used in growing coffee beans are also a problem. This can be overcome by using increasingly available varieties of organic and naturally grown coffees. As with cocoa, purchasing Fair Trade products is a good choice to avoid products that are produced by socially and environmentally exploitative methods.

Generally speaking, both coffee and cocoa provide health benefits. People with compromised health systems should be aware of the risks of overindulgence or excessive consumption, but when enjoyed in moderation – and taking into consideration all other personal health factors – most of us would benefit from taking pleasure in these two treats as nature meant us to, in their purest possible state.

About the Author: Glenn Ashton

Glenn Ashton is a writer and researcher focused on health, food and nutritional safety and security as well as environmental issues. He has written extensively on the topic of genetically modified foods and is considered an authority on the subject. He contributed a chapter to and edited "A Patented World? The Privatisation of Life and Nature," published by Jacana. View his website https://ekogaia.wordpress.com/ for more of his writing on this and many other subjects.
Toggle Sliding Bar Area
Page load link
Go to Top