Dr Beach – how the beach can improve your health 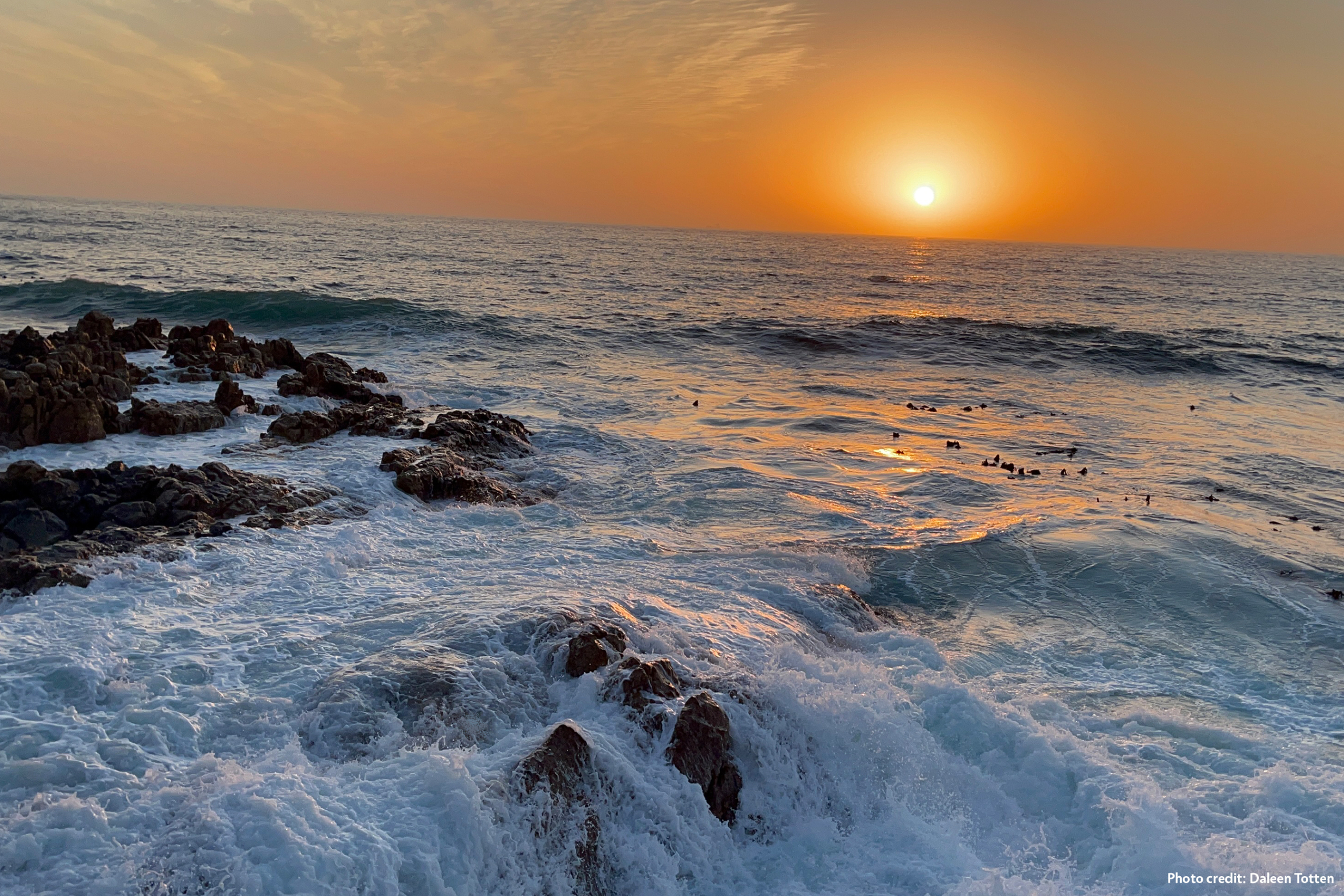 Ask anyone to visualise being on holiday and the chances are they’ll see themselves on a beach somewhere. Stretches of white sand with palm trees and turquoise water have become the cliché vacation when we need timeout. We associate going to the beach as a soothing salve for the soul, which is why, come each holiday, thousands of us head for the coast.

There are actually physical reasons why the beach makes us feel better about life.

About 90% of our vitamin D comes from sun exposure and only 10% from what we eat. A lack of this sunshine vitamin affects the metabolism of minerals, especially calcium (bone strength) and phosphorus. Vitamin D also has a significant effect on three major western world health issues, namely high blood pressure, cancer and diabetes.

I was surprised to find my doctor prescribing vitamin D for me. ‘But we live in sunny South Africa,’ I protested, ‘we must have plenty of vitamin D.’ Apparently not, as one billion people worldwide have severe or moderate vitamin D deficiency.

The coastal areas of western countries and sunny countries, such as Saudi Arabia, are particularly at risk. (In the Middle East vitamin D deficiency is high and is higher in women, apparently because of the clothing which covers most of the body, blocking sun absorption.) Responding to the dire warnings of skin cancer, we’ve bundled ourselves and our kids into protective gear and, in so doing, created another problem.

This deficiency is, however, easily prevented with some direct sunlight exposure: ‘It’s said that 15 minutes’ sun exposure, without suncream, to your head and arms each day during summer, is enough to boost most people’s levels,’ says Dorothy Bennett, a professor of cellular biology at St George’s, University of London.

So, sun-tanning is not apparently all bad. If we use a high SPF suntan cream during our 15 minutes’ exposure, we may need to spend a little longer absorbing our vitamin D intake.

It’s all about ions

Ions are atoms or molecules that have gained or lost an electrical charge. Put another way, the total number of protons and electrons is not equal, giving the atom or molecule a positive or negative charge.

Here it gets confusing though; because while negative ions are actually the good guys, positive ions have the opposite effect. Negative ions create biochemical reactions which help to alleviate stress, depression and low energy levels, while positive ions cause serotonin hyperfunction or ‘irritation syndrome’ resulting in sleeplessness, tension, migraine, nausea, heart palpitations, increased anger, tremor and dizziness – that feeling that some of you may get just before a storm, at full moon, or in high-rise buildings. ‘Generally speaking, negative ions increase the flow of oxygen to the brain, resulting in higher alertness, decreased drowsiness, and more mental energy,’ says Pierce J. Howard, PhD, author of The Owner’s Manual for the Brain: Everyday Applications from Mind Brain Research and Director of Research at the Centre for Applied Cognitive Sciences in Charlotte, North Carolina.

It just so happens that most beaches have plenty of negative ions.

How are they formed?

Negative ions occur when molecules break apart as a result of sunlight, after a thunderstorm, moving air and water and the earth’s inherent radiation. Stands to reason then, that nature holds a lot of these negative (but actually good) guys and that your swanky 28th storey corner office is teeming with positive ions (bad guys) due to air-conditioning, electrical equipment, computers and even the plush carpet and upholstery. The air-conditioning particularly, and its positive ion creation, can affect one in three people by making them feel drowsy. Leave this positive ion prison and head to the surf and deserted stretches of beach and you’ll feel invigorated, surrounded by thousands upon thousands of yummy negative ions.

Take the dog walking to your local park with a small stagnant lake and you may find some negative ions, but nothing like you’ll find in unspoilt nature.

British researchers at the Centre for Sport and Exercise Sciences in Liverpool exposed male subjects to negative ions. They then measured physiological responses. Negative ions were found to significantly improve all physiological states, particularly during rest (think chilling on the beach). The results proved that negative ions are ‘biologically active and that they do affect the body’s circadian rhythmicity.’1

To give you a broad indication, before a storm, the air may contain 2 500 positive ions and 750 negative ones per 1 cm.3 After the storm, when there’s that beautiful freshness in the air and smell of rain, the situation is reversed and so naturally we all feel much better. A full moon also increases positive ions (hence the link between the full moon and lunacy), which can increase everything from alcohol consumption to road rage.

The beach then, is a great place to absorb these ions while you help the kids build that sandcastle. Failing this, head to your shower for a mini negative ion creator. 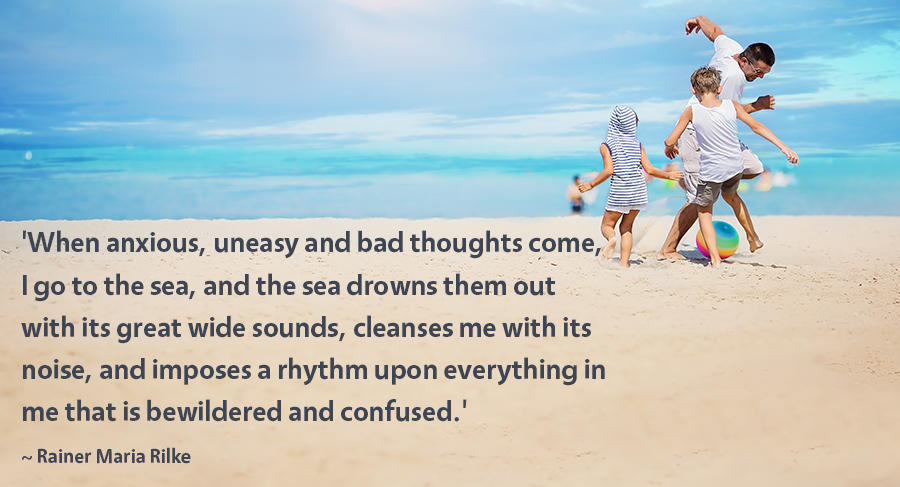 Fish Hoek beach, early morning and a grandmother is playing with a child of about five. They are caught up in the enchantment of the game, totally present, weaving and dancing around sand-drawn lines and sticks, oblivious to the world around them. Beautiful to watch and for both of them an enriching experience.

This for me is the true gift of the beach. It gives us the space to be human beings rather than human doings, to idly sit and watch waves peeling to shore, to lie stretched out floating on the water’s surface, to snorkel and explore the beauty of a marine world, to relax and feel the warmth of the sun on our bodies, to walk on a deserted beach in winter, to have the time to interact with our children, away from the lure of iPads, computers and TV, or to wait patiently at the backline for the perfect wave to appear. This is the magic of the beach. This is where we heal. 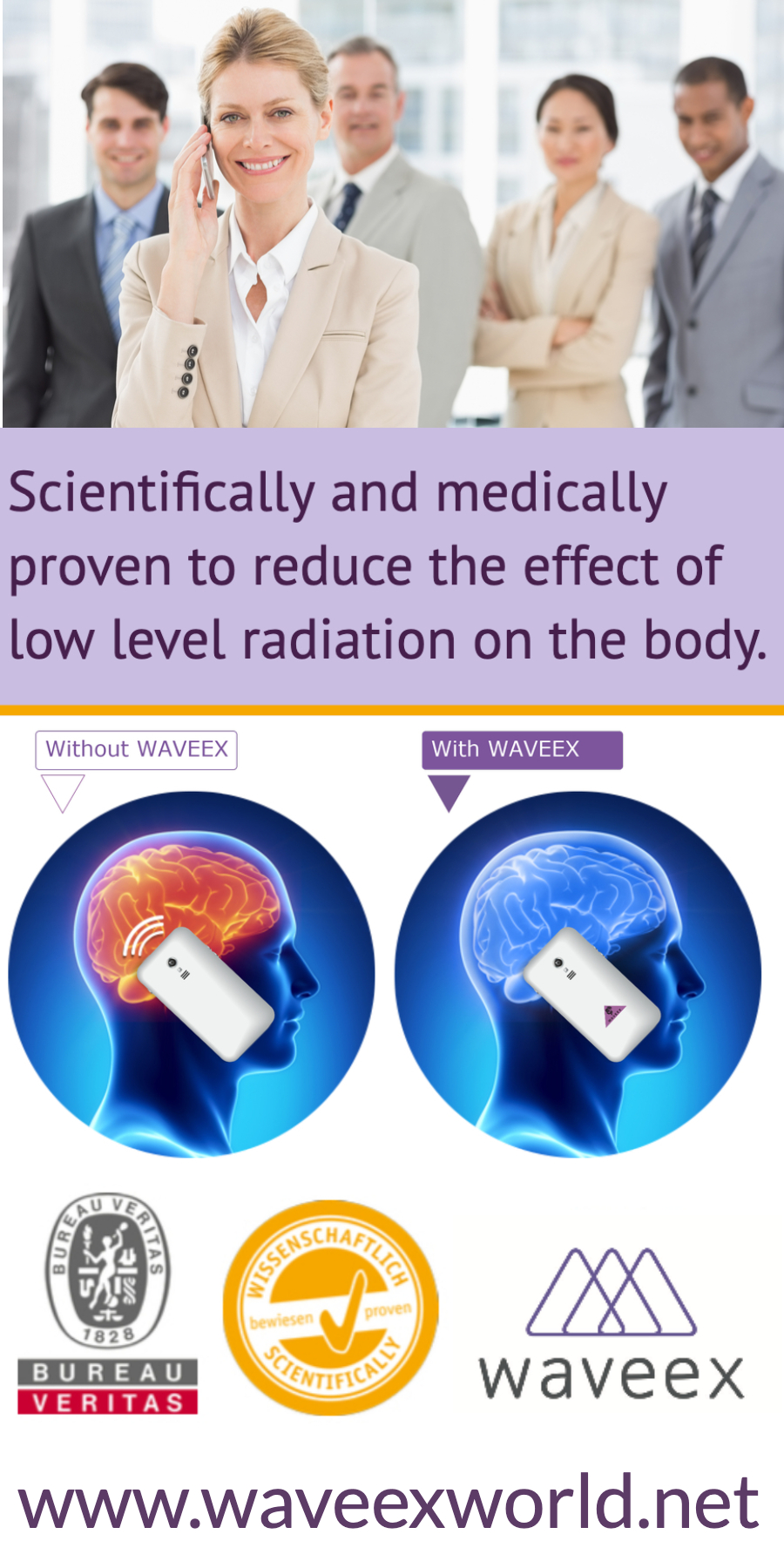 Ann Gadd is the author of Better Parenting with the Enneagram, Healing Habits, The Enneagram of Eating, Painting by Numbers - Art and the Enneagram, and a 10-part children's Enneagram series (Percy Perfect, Hazel Helper, etc ) as well as a number of other books. Ann has spent over 40 years studying a diverse range of esoteric, Enneagram, and psychological interests. Ann is a professional member of the International Enneagram Association, Integrative Enneagram coach, as well as having taught numerous workshops. As an artist she is most known for her quirky sheep series. Ann is also a photojournalist and journalist who has written for a number of publications. Her websites include: https://enneagrams9paths.com and https://anngadd.co.za
Toggle Sliding Bar Area
Page load link
Go to Top