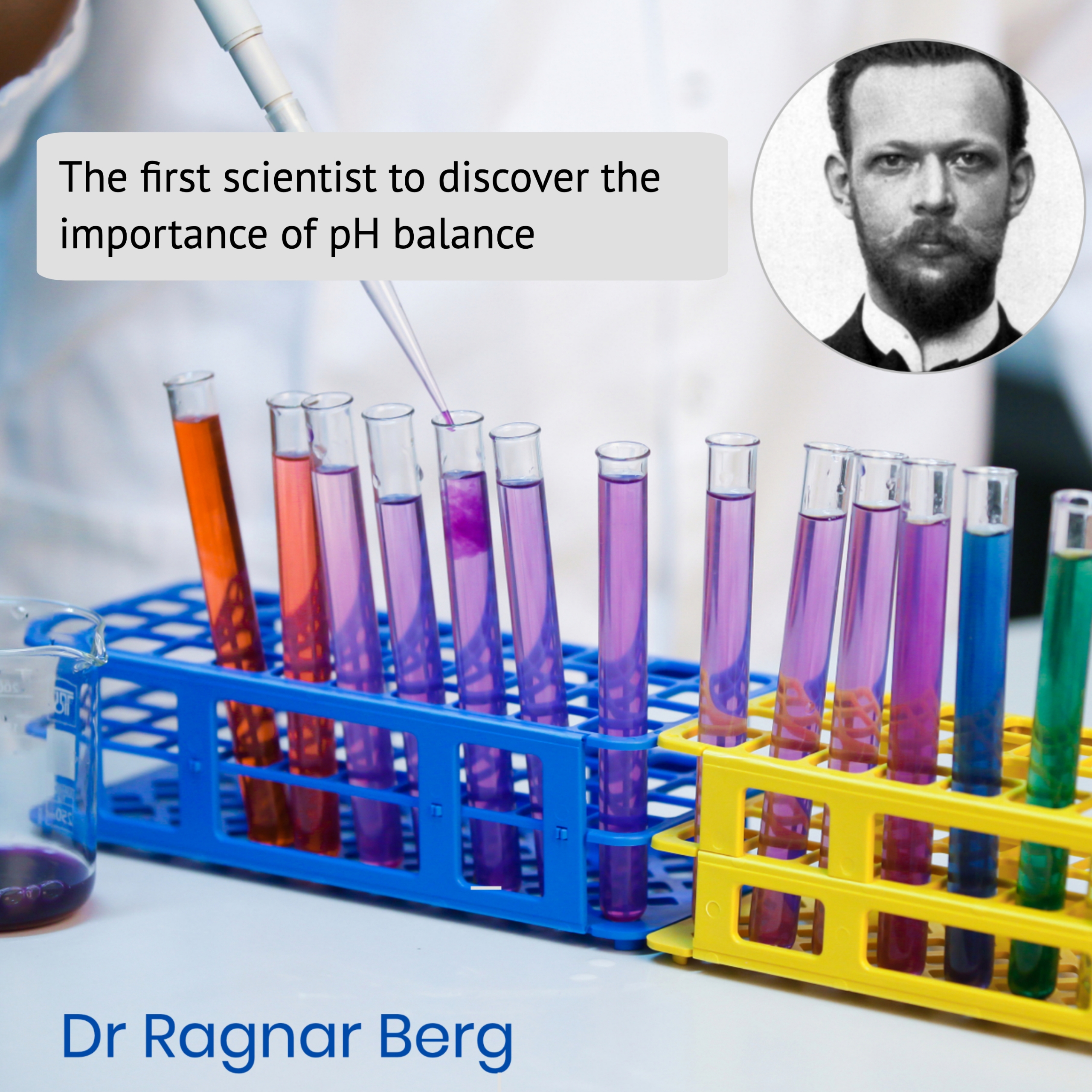 Dr Ragnar Berg was the first scientist to discover the importance of pH balance.

Swedish-born biochemist and nutritionist Dr Ragnar Berg headed the physiology lab at the homeopathic sanatorium at Weisser Hirsch in Dresden from 1909. He researched vitamins, trace elements and the metabolism of minerals.

While writing his book Vitamins,1 he was dismissed from Lahmann’s Sanitorium, since its ‘directors did not value his scientific approach to nutrition.’ From 1927 to 1932 he headed his own nutrition department at the Dresden-Friedrichstadt Hospital and in 1933 he was invited to the Rudolf Hess Hospital in Dresden-Johannstadt where he became head of the nutritional department conducting a number of experiments to determine nutrient loss during cooking.

Berg wrote about his comprehensive and well-controlled experiments, and the surprisingly great loss of nutrients during cooking (vegetables lost a third of their minerals and up to 94% of their important alkaline salts). This lack of nutritive salts, especially in a heavy meat diet, results in an excess of acid, which shows up in various forms of illness. During his research, the model disease was gout, but Berg traced many other ‘diseases of civilization’ to acid-base imbalance, including obesity, arthritis, and diabetes.

He also learned that vegetables, which are alkaline when they are raw, turn acidic when they are cooked. According to Berg, the alkaline content of vegetables is one of their most important values. He suggested the ideal balance in the diet in health and disease (prevention) is made up of 80% alkaline forming foods and 20% acid forming foods with each meal.

In his book Everyday Miracles, Berg describes the surprisingly quick healing of heavily festered wounds after patients were put on a course of raw vegetables, such as carrots, spinach, fresh lettuce and potatoes.

He drew conclusions about metabolic disorders from the mineral balances established in his experiments. His scientific investigations led to the use of base (or alkaline) mixtures of minerals as a complementary therapy for many diseases. He invented the alkaline dietary supplement Basica.

He was quite popular in the 1920s and 1930s, especially in alternative medicine and vegetarian circles. In the 1930s and 1940s, he teamed up with Dr Are Waerland to promote vegetarianism and ways to prolong life.

After the war in 1945, Berg and his wife, Ella, moved to Stockholm, Sweden. After her death at the end of 1954, a lonely Berg’s health deteriorated, and he spent many months in the hospital before moving in with his son north of Hamburg, where he died a few months later.

His works on nutrition are still used as textbooks in many medical schools.