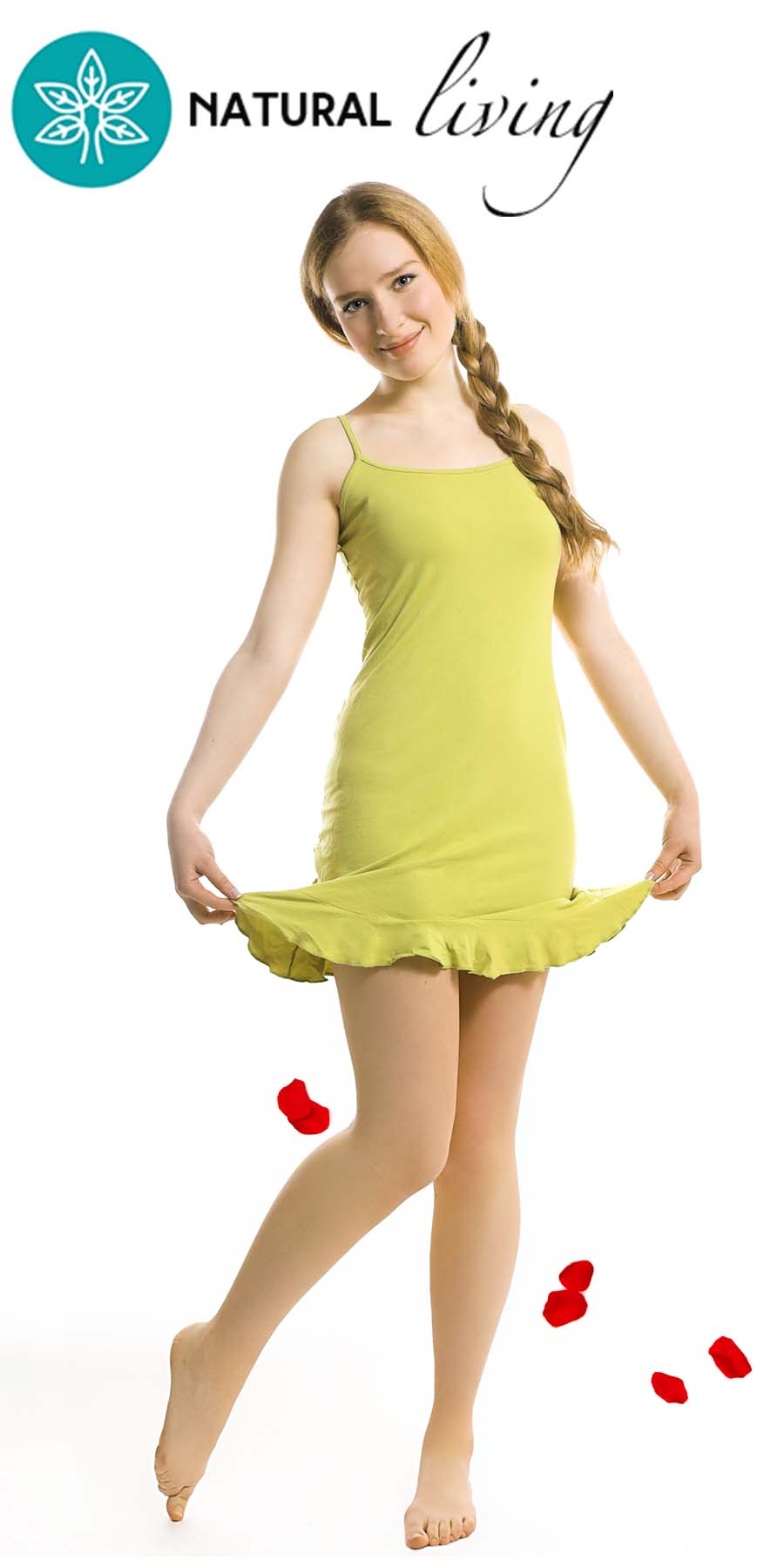 Governmental regulations get tighter each decade as we learn more about the environmental hazards and increased health risks associated with dry-cleaning chemicals, while industry representatives continue to deny any adverse health effects. Rose-Marie Williams reports on the situation.

Several years ago I was delighted to find a local proprietor who had switched her entire business to ‘wet cleaning’ and could successfully clean any garment brought to her shop. Shortly after purchasing a new ‘wet’ machine for $40 000 her old chemical machine ceased to function. The next day she was scheduled for an inspection by the Environmental Protection Agency (EPA) to check for compliance in proper handling, storage, and disposal of the dry-cleaning chemicals (with hefty fines for violators). She decided then and there not to replace the $80 000 chemical machine. She would no longer need gloves, masks, monitoring devices, secure containers, or a special ‘vapour’ room. She was thrilled to be free of further EPA inspections, and to provide a healthier workplace for herself and her employees. In due course the Cancer Awareness Coalition presented this new environmentally friendly business with its annual Earth Day Award.

The process of using petroleum-based solvents to clean clothes was discovered in the mid-1800s by French dye-works owner, Jean Baptiste Jolly. He noticed how clean a tablecloth looked after an accidental spill of kerosene.1 He then developed a service to clean other people’s clothing using solvents instead of water, and referred to it as ‘dry cleaning’. Early fires and explosions led to heavy regulation of dry cleaners. Gasoline and kerosene, the first solvents used, were later Tetrachloroethylene or perchloroethylene, commonly known as PERC, was considered an ideal solvent because it is stable, non-flammable, gentle to most fabrics, and an excellent cleaner. PERC was first used in the 1920s as a metal cleaner in Germany. It was found to dissolve dirt from a wool suit without harming the garment, and best of all, it did not explode.2

PERC happens to be a by-product of the manufacture of chlorofluorocarbons (CFCs), which were used in styrofoam, air-conditioning and spray propellants until they were banned in 1996 for eroding the earth’s ozone layer.2

Tetrachloroethylene is used as a dry-cleaning solvent and in consumer products such as paint and spot removers, water repellants, brake and wood cleaners, glues and suede protectors. It is also known as perchloroethylene, PCE, perclene and perchlor. In the dry-cleaning industry it is most commonly referred to as PERC.3,4

At room temperature, PERC is a colourless liquid that readily evaporates into air. Evaporation from industrial and dry-cleaning facilities contaminates air and ground water, from which many communities get their drinking water. As late as the mid-1980s it was legal to dispose of excess PERC by pouring it down the drain. Now it must be handled as hazardous waste – at great expense to shop owners. How many businesses still pour it down the drain is unknown. PERC evaporates into air from dry-cleaned clothes, or from application of spot removers. Poorly ventilated areas will have higher concentrations of PERC.2,3

PERC enters the bloodstream via inhalation and can be stored in fat, liver and brain tissue. A New York State Fact Sheet on PERC indicates that it can also be absorbed via skin contact from contaminated soil, but the average consumer is more likely to have skin contact with chemical residue in dry-cleaned clothing, than with contaminated soil.

According to a 1996 analysis by the Consumers Union (publishers of Consumer Reports) 1 in 6 700 people who wear freshly dry-cleaned garments at least once a week could be expected to get cancer in their lifetime from inhaling PERC fumes left in the fabric.2,3

PERC can have a negative effect on the central nervous system, kidneys, liver, and reproductive systems of humans and animals depending on the length and intensity of exposure. Observations on the effects of short-term (less than 14 days) exposure to PERC in animals has shown damage to the fetus, reduced maternal body weight, behaviour changes and liver damage. Short-term exposure in humans has caused dizziness; headache; sleepiness; lightheadedness; poor balance; and eye, nose, and throat irritation. Visual impairment, attention deficit, reaction time and eye-hand co-ordination problems have also been observed. Acute high-level PERC exposures have been associated with blindness and child death.3,4

There may be an increased risk of cancers of the oesophagus and bladder and of non-Hodgkin’s lymphoma from PERC exposure. Reproductive risks include spontaneous abortion, menstrual and sperm disorders, and reduced fertility. Cancers of the cervix, tongue and lungs showed a less clear association with PERC exposure. The New York State Department of Health (NYSDOH) recommends that the average air level in residential buildings not exceed 100 micrograms of PERC per cubic metre of air (www.dec. ny.gov/docs/remediation_hudson_pdf/Perc- FactSheet.pdf).3

PERC can be passed into breast milk from a woman’s environmental exposure to the toxic chemical, although a greater risk is from occupational exposure. When volatile chemicals are inhaled they are readily absorbed and circulated by the bloodstream. Lipophilic chemicals move from blood into fat tissue where they can be stored for long periods of time and easily transported into breast milk. PERC is one of many solvents that escapes odour detection until levels exceed suitable indoor air quality guidelines.5,6

A 1991 study by the New York State Department of Heath (NYSDOH) found elevated levels of PERC in dry-cleaning facilities and other locations in the same building such as residential apartments and offices. Apartments located above dry-cleaning businesses had substantially elevated concentrations of the chemical. Samples of breath, urine, blood and breast milk also showed the presence of the volatile solvent. The study came about because of health complaints from residents living above dry-cleaning establishments. Studies also found high levels of PERC in butter and other fatty foods in grocery and convenience stores located next to dry-cleaning facilities.2,6,7

The EPA has been increasingly concerned about risks associated with PERC. In July 2006, the agency again tightened air toxics requirements for all dry cleaners using PERC, requiring businesses to further reduce PERC emissions. The new regulations require the elimination of transfer machines which allow greater amounts of PERC to escape when wet clothes are ‘transferred’ to a different machine for drying. Newer equipment allows cleaning and drying in the same machine.8

Shop owners are required to do monthly monitoring using specialised sensors to detect PERC leaks, repair all leaks, and maintain thorough records. Businesses located in residential buildings must phase out PERC entirely, and all existing PERC machines must be removed from residential buildings and replaced with non-PERC equipment.8

Investigative journalist and author, Dan Fagin, describes federal officials as being ‘mired in the hopeless mission of placating different interest groups.’ While the EPA and industry sparred over regulating PERC, the International Agency for Research on Cancer meeting in Lyon, France, concluded that new studies on PERC risks should raise it from a possible carcinogen to a probable carcinogen.2

While industry’s influence was slowing the EPA’s efforts to protect American workers and consumers, the German government enacted strict rules requiring PERC fumes to be as low as one-tenth what the US government allowed, thereby encouraging alternative technology that is PERC-free. Another problem with traditional dry cleaning is the left-over solvents and residues that are cooked down or distilled into a muck, which must be handled as hazardous waste.1,2

The state of California has taken the lead in passing the nation’s first statewide ban on toxic dry-cleaning chemicals and equipment. PERC will be phased out, beginning in 2008. Dry cleaners located in residential buildings must remove PERC machines by July 2010, and by 2023 dry-cleaning machines that use PERC will no longer be allowed in the state. Health advocates are pushing for an earlier time-table to be applied to cleaners located near schools, daycare centres, medical build- ings and retirement homes.9

The pressure is on, and the dry-cleaning in- dustry is making strides toward safer proce- dures. Approximately 85% of dry-cleaning establishments in the USA still use PERC. However, a growing number of businesses around the country are introducing ‘Green Earth®,’ ‘eco-friendly’, and plain old ‘water’ cleaning, which can successfully clean silks, wools, and with the right professional care, even leather.

Editor’s note: A call to a branch of the local dry-cleaning chain, Nanucci’s, revealed that PERC is used in South Africa, as well as other toxic chemicals for removing stains. Any reader with information on the regulations in our country is invited to contact us.

This is an amended version of the original article published in the June 2007 issue of the Townsend Letter for Doctors and Patients (no. 287, p.29), reproduced here with kind permission.

About the Author: Rose-Marie Williams

Rose-Marie Williams, MA (SOCIOLOGY), has been president of the Cancer Awareness Coalition, a grassroots health and environmental organisation, since 1995. She has also participated in international conferences on breast cancer research and reporting and is a frequent lecturer on environmental issues and health risks. She is a featured columnist for the Townsend Letter for Doctors and Patients, a publication on alternative and complementary medicine, and a contributing writer to Health and Healing, among other wellness publications. Rose Marie has been a guest on several radio and TV health-talk programmes. She is an eternal optimist, advocate and activist for a healthier society.
Toggle Sliding Bar Area
Go to Top