Every Dog Has Its Day! 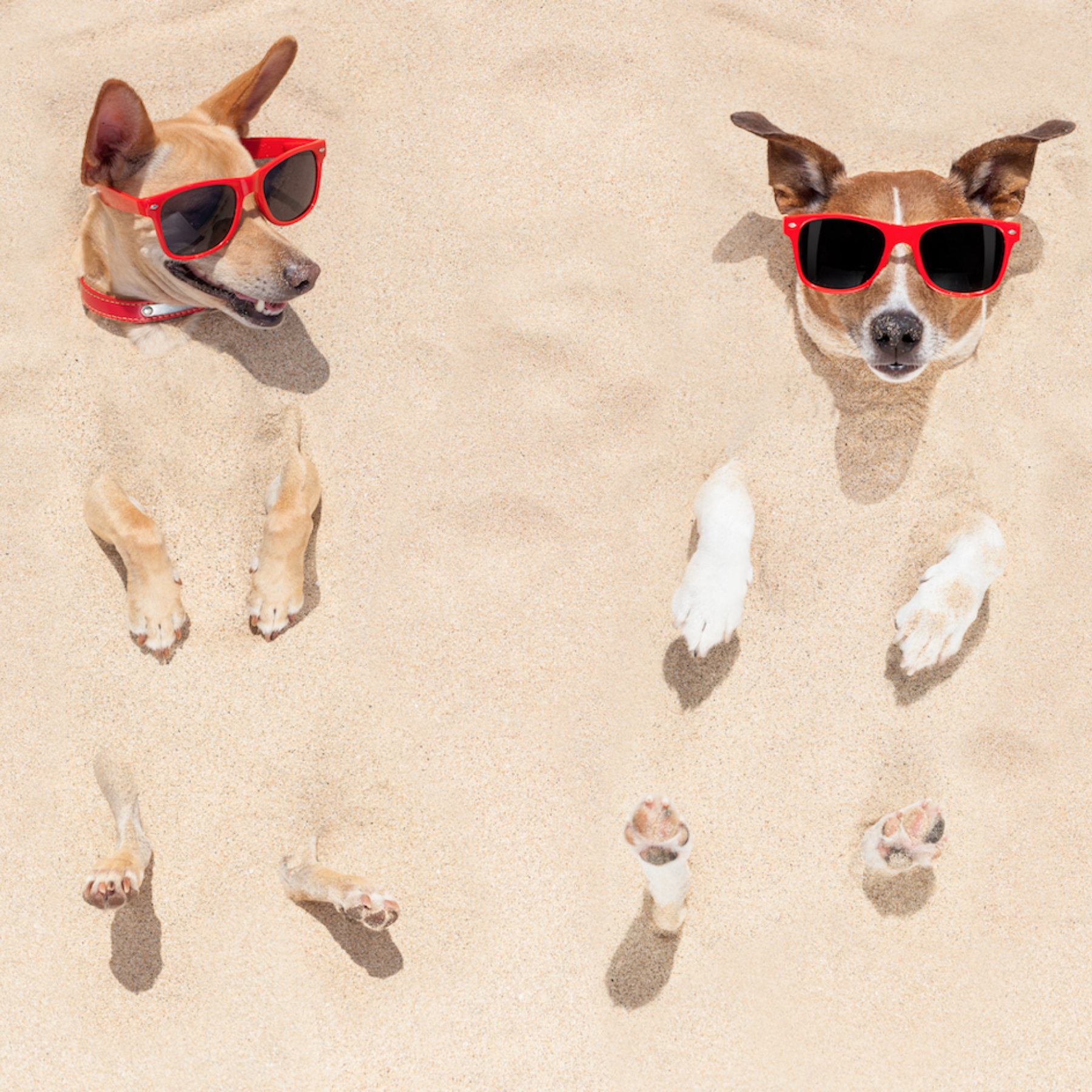 Dog-lover Ann Gadd digs into what acceptable dog-walking behaviour on SA beaches entails, and offers advice on how to make your pooch a top (beach) dog.

I must go down to the sea again to the lonely sea and the sky,

And all I ask is a happy pooch and a towel with which to dry.

Marilyn Monroe, singing ‘Diamonds are a girl’s best friend’ clearly never owned a dog. There’s nothing quite as happy as a dog at the BEACH (Best Escape Anyone Can Have). Being stuck in confined quarters or behind fences is literally a dog’s life, soon altered with that precious beach walk. Dogs and their owners benefit hugely from a regular dose of Vitamin Sea.

I’ve been walking dogs on the beach for over 30 years and their enthusiasm and joy at the freedom of space never ceases to lift my spirits. While we humans don’t get quite so up close and personal when we first meet (thankfully!), dog walking provides a great chance to socialise.

But, there are serious issues at stake – too many small dogs have been ravaged by untrained dogs, resulting in dogs being banned at some beaches. Breed is naturally a major issue when it comes to aggression – some dogs are wired to fight, while others were raised to hunt or retrieve. But it’s not always breeds that indicate an inclination to fight. If a dog has been abused or confined in a small space, even the gentlest retriever can turn vicious, and some dogs just have fiery temperaments. If they are afraid, want to dominate or are trying to protect their owners, they may also attack.

If your dog is not very well socialised and has not been for proper training, keep him on a lead.

It’s not all about Rover. Being at the beach is also time for you to unwind. So, throw the ball, have a seaweed tug of war, run laughing through the shallow water and generally have a doggone good time yourself!

The tail really does wag the dog! We commonly associate tail-wagging with happiness, but it can also mean that the dog is about to act or is afraid. A tail held stiff and high usually indicates the dog is becoming threatening, if the tail is also vibrating quickly, then it’s a pretty sure sign the dog intends to act aggressively. As the tail lowers to mid-height, it indicates that the dog is more relaxed, while a dropped tail reflects submission. If it’s totally tucked away, it indicates fear.

Dogs are designed to see movement, so tail wagging is an important part of communication. Darker- or lighter-tipped tails or bushy ones help improve this.

In the case of a fight

At the beach, dogs are usually very hyper, especially at the beginning of a walk, escalating the likelihood of conflict. Being excited can make them appear aggressive to other dogs.

I know it’s not easy when a roaring Rottweiler bounds towards fluffy Fifi, but try to remain calm. Dogs sense your fear and tension and respond accordingly. I have sometimes averted a fight by simply standing in front of my dog and yelling at the approaching dog ‘No!’ or for South African-bred dogs, a good ‘Voetsak’ can work wonders. (Pepper spray may work on some dogs, but could increase aggression in others.)

Averting your eyes from an angry-looking approaching dog and walking away at 90 degrees, creates space so the approaching dog won’t feel trapped. Yelling and pulling your dog on the lead will further incite the other dog. Turning back the way you’ve come places your dog frustratingly ahead of the would-be fighter.

Dogs often adopt the personalities of their owners, so if the owner’s body language indicates they’d be happy taking on a pack of rugby forwards single-handedly, steer clear. Sometimes, discretion really is the better part of valour.

‘Concentrate on the dog that has the highest intensity and if you can, without endangering yourself, knock it in the ribs. In most cases the dog will open its mouth and then can be pulled up from the back of his neck and collar,’ according to Cesar Milan. There is always though, the risk of being bitten yourself.

Often the most vicious attacks are silent, and the noisy, growly/barky approach can be more a sign of bravado than a desire to really fight. Watch for a targeted stare, stiff body movements, such as a tail held stiffly in the air, dominance behaviour (e.g. mounting) or pulled back, snarly lips.

Is salt water safe for dogs?

If you’re going to be at the beach for a while, take plenty of fresh water and a bowl. Sea water has the same effect on dogs as humans, causing dehydration, vomiting, and diarrhoea. If he ingests sand at the same time, the effects can worsen, as sand can infect the intestines. Sadly, so many of our estuaries are polluted, as is the sea water at certain beaches. If your dog swallows it, harmful bacteria and other toxins can be ingested.

Some dogs are very sensitive to salt water and quickly develop ‘hot spots’. You can avoid these by rinsing your dog with fresh water.

Soft seaweed that’s recently washed up is fine, which is probably why dogs instinctively love it. But dried seaweed can prove fatal. Sharp pieces of dried kelp in the dog’s stomach can cut through the walls, causing massive internal bleeding. The seaweed dries to a fraction of its original size, expanding in the gut as it absorbs liquid. It can lodge there, blocking off the blood supply to the intestine and can eventually rupture the stomach.  Be warned: it’s estimated that up to a third of dogs who eat dried seaweed will get seriously ill.

There have been cases of owners rushing to save their pooches from a current, only to get washed out to see themselves. In most cases, dogs will make it back to shore – don’t endanger your life.

Your dog will poop on the beach. All that running around is going to make his system move, so take bags. Carrying a bag of poop on your walk when the bins are far away is not fun, so put the filled bag down and mark it with a large stone, seaweed arrow or flag and collect it on the way back.

Watch your male dog doesn’t pee on peoples’ clothes and towels. For some canny canines, a large pile of unattended beach gear can look like the ideal place to leave a visiting card. (This act will not create love and harmony with your fellow beach goers.)

Remember dancing around barefoot on the beach when the sand was too hot? Dogs also feel the heat on their pads, so take them closer to the water where the sand is wet and cool.

Not all dogs are natural swimmers. Make sure yours are competent in the water before enticing them in.

Ann Gadd is the author of Sex and the Enneagram, The Enneagram of Eating, Better Parenting with the Enneagram, (launches early 2022) an Enneagram series of nine children's books (Percy Perfect, Hazel Helper, Sally Star etc.), Painting by Numbers (art and the Enneagram- launches Oct. 2021), as well as 22 other books. Ann has spent over 40 years studying the mind/body connection as well as being an Enneagram student for over 20 years. Ann has taught numerous workshops ranging from art, personal growth to the Enneagram. She is also a popular artist, most known for her quirky sheep series. Ann has written for a number of publications over the years including Natural Health, Country Life, Odyssey, and Living & Loving magazines. Her website is https://enneagrams9paths.com and general: https://anngadd.co.za
Toggle Sliding Bar Area
Go to Top