Does Exercise Age Us ? 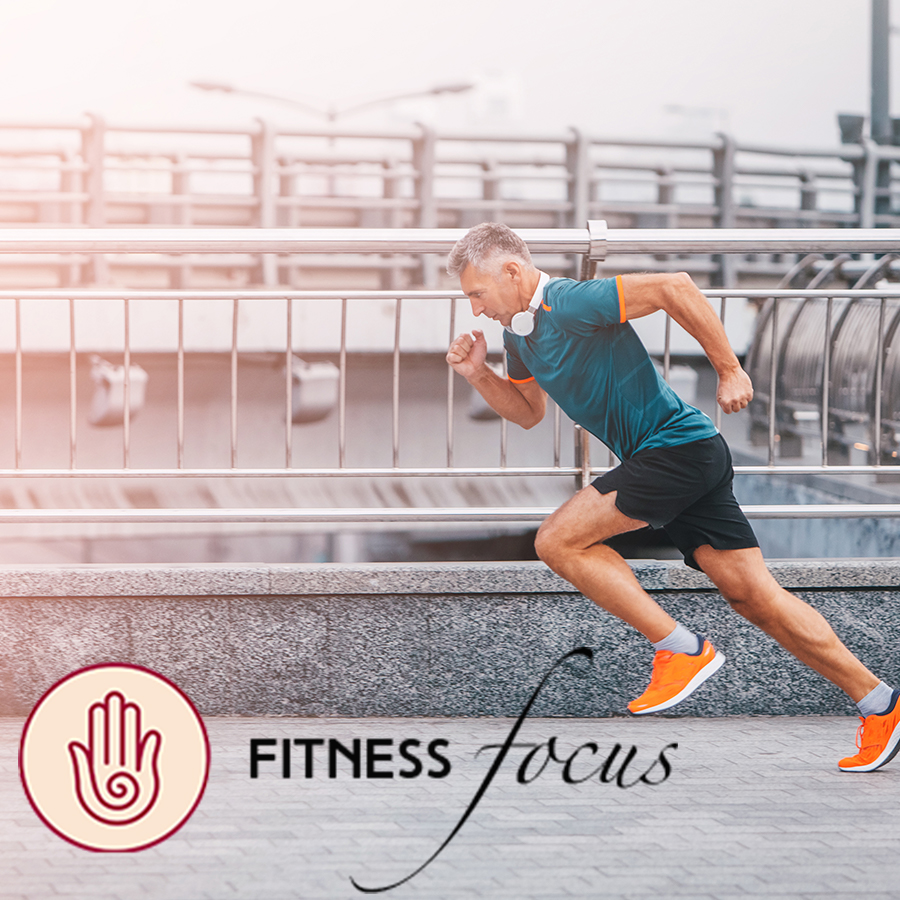 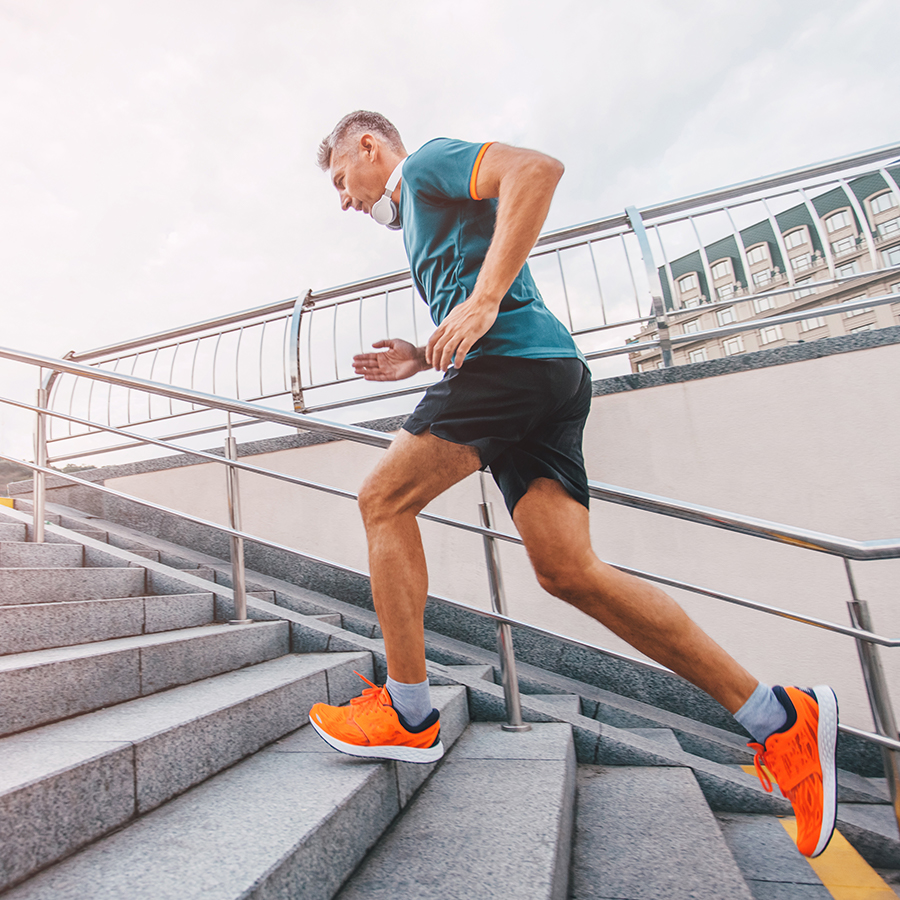 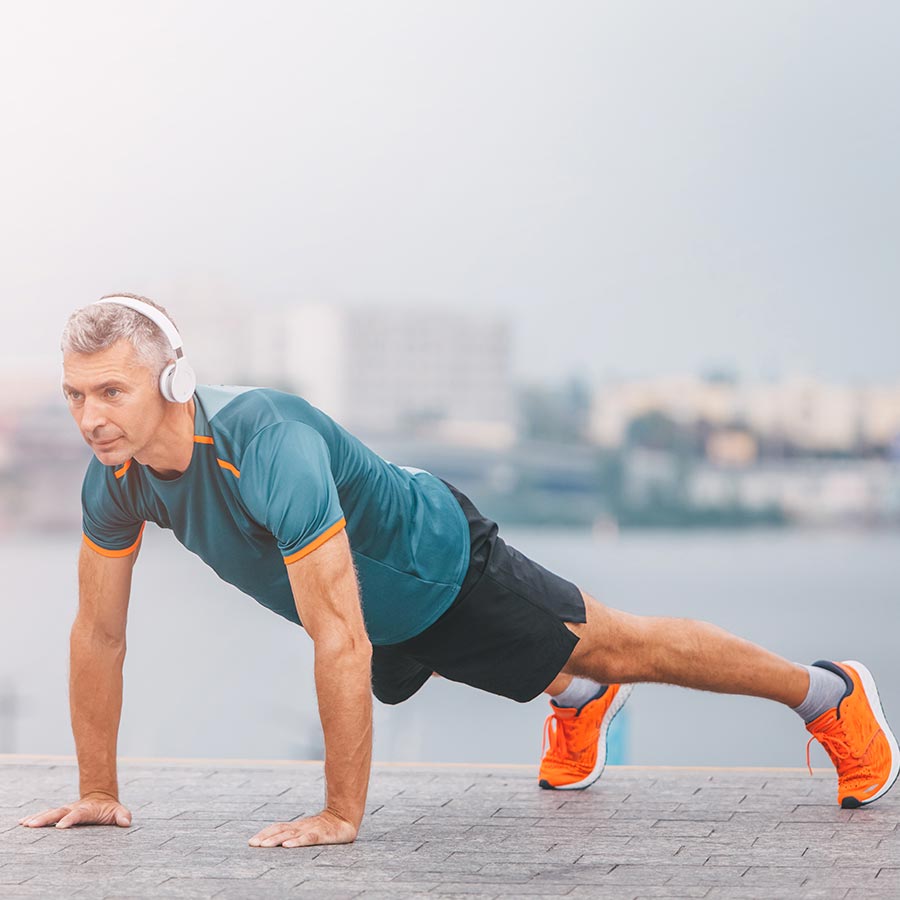 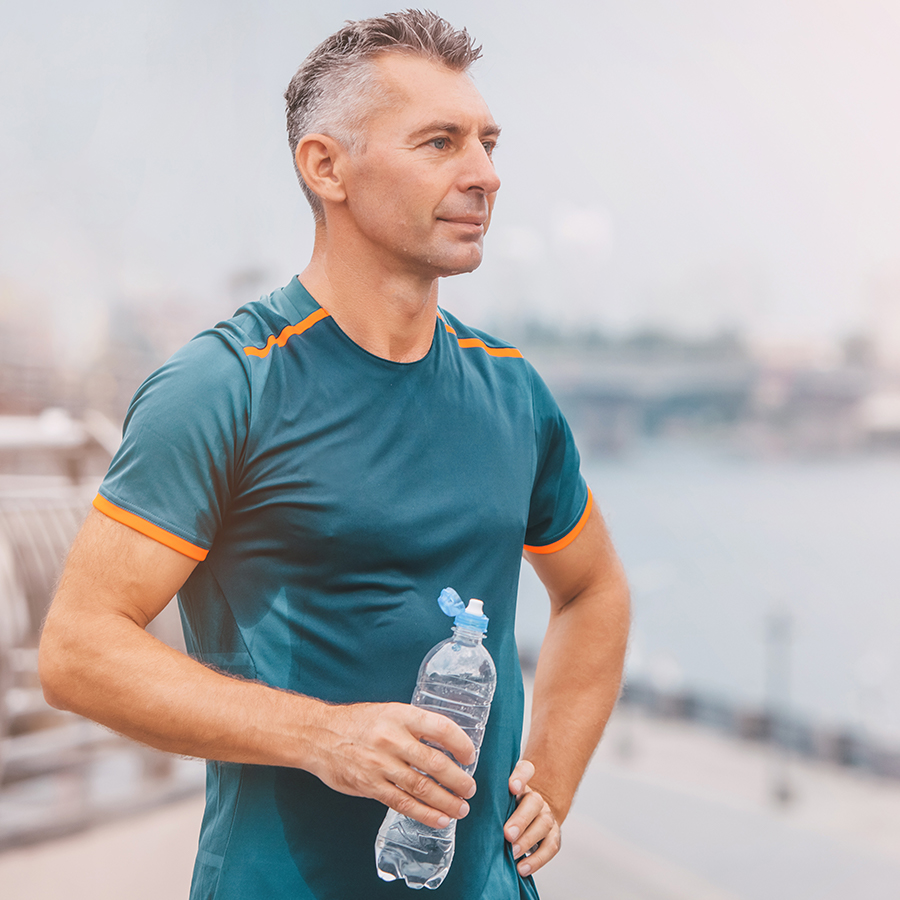 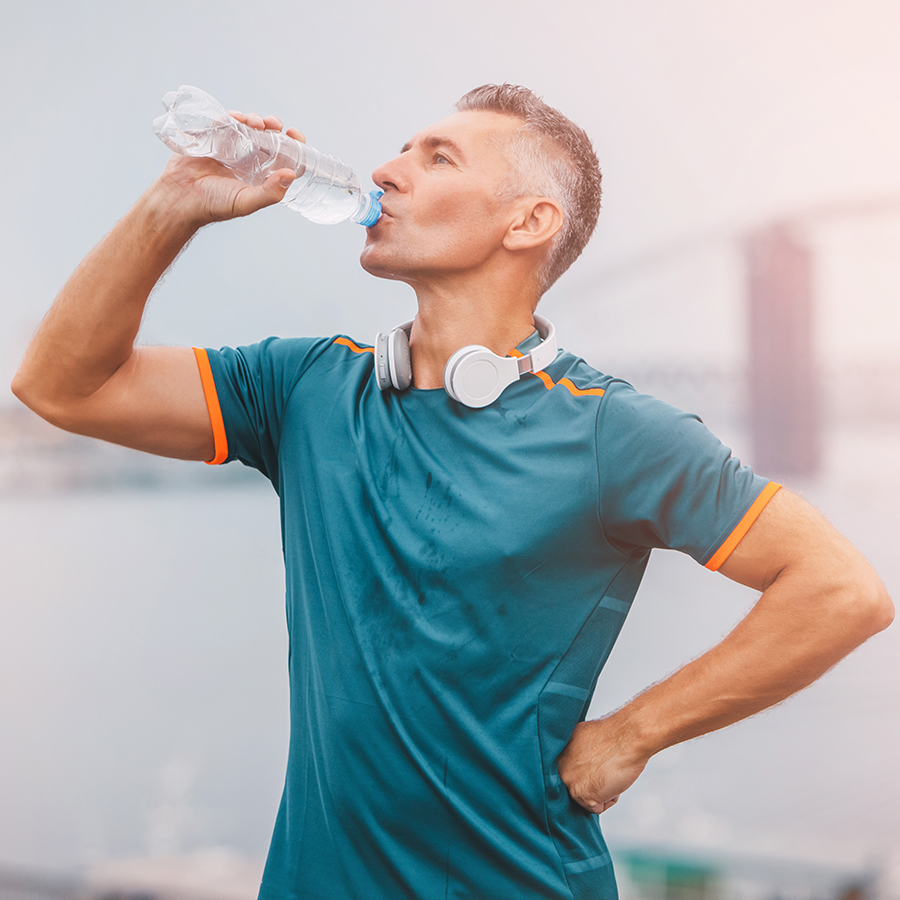 We all know that exercise is good for us, but can we do too much? Perhaps even so much that we age our bodies quicker? Ian Craig takes a look at this intriguing question.

I recently had a client who, when he entered my office, I pinned as being around five years my senior. From his previous phone call, describing his athletic activities, I was expecting a superhero athlete type, so I immediately placed him in the Masters category. From what he was about to tell me, fit he certainly was but healthy I wasn’t too sure about, and when I first got a glimpse of his date of birth on the questionnaire in front of me, I realised that he was three months younger than me.

He had been very successful at a 2 400-km mountain bike race across South Africa, starting near Durban and finishing in Cape Town – not a stage race, but rather one that you need to try and complete in the shortest amount of time possible. With varying sleep strategies, participants will regularly ride through the night to try and gain maximum competitive advantage. The record for this amazing journey is 10 and a half days and, for the past two years, my athlete had been aiming to complete it in supposedly attainable 10 days. But he had come unstuck health-wise due to a chronic virus problem, pulling out of the 2012 competition after one day of racing and only entering the short version race in 2013.

THE ANTI-AGEING IDEALS OF EXERCISE

When I was a young athlete, I had the same ideals as my Mr Endurance Man – train hard, be fit and you will be healthy into old age, and, I thought, maybe even live longer. As a student of exercise in those days nothing existed to dispel my myth. That was 25 years ago and I still have to hunt hard to find contrary information.

Exercise has been linked to a reduction in all-cause mortality. In particular: cardiovascular disease, diabetes, osteoporosis, and certain cancers. Exercise increases aerobic capacity, it can support muscle mass as we age, it helps positive mental health and mental acuity and it has even been shown to express some key anti-ageing genes. There is even some research that compares disuse of our bodies with the impacts of ageing: declining muscle mass and strength, a decrease in aerobic fitness, poor balance, a diminishing immune system and an increasing waistline.

So, there is no doubt that exercise is good for us. But when talking about exercise, the word to use is MODERATE. My father used to say as he tucked into a packet of Walker’s salt and vinegar crisps: ‘You can eat anything in moderation.’ The same is true for exercise – neglect your genetic blueprint and become a sedentary slob and you’ll experience health problems and possibly age your body faster; attempt to become a superhero and train your body into submission on a daily basis and you’ll also experience health problems, and possibly also age your body faster. 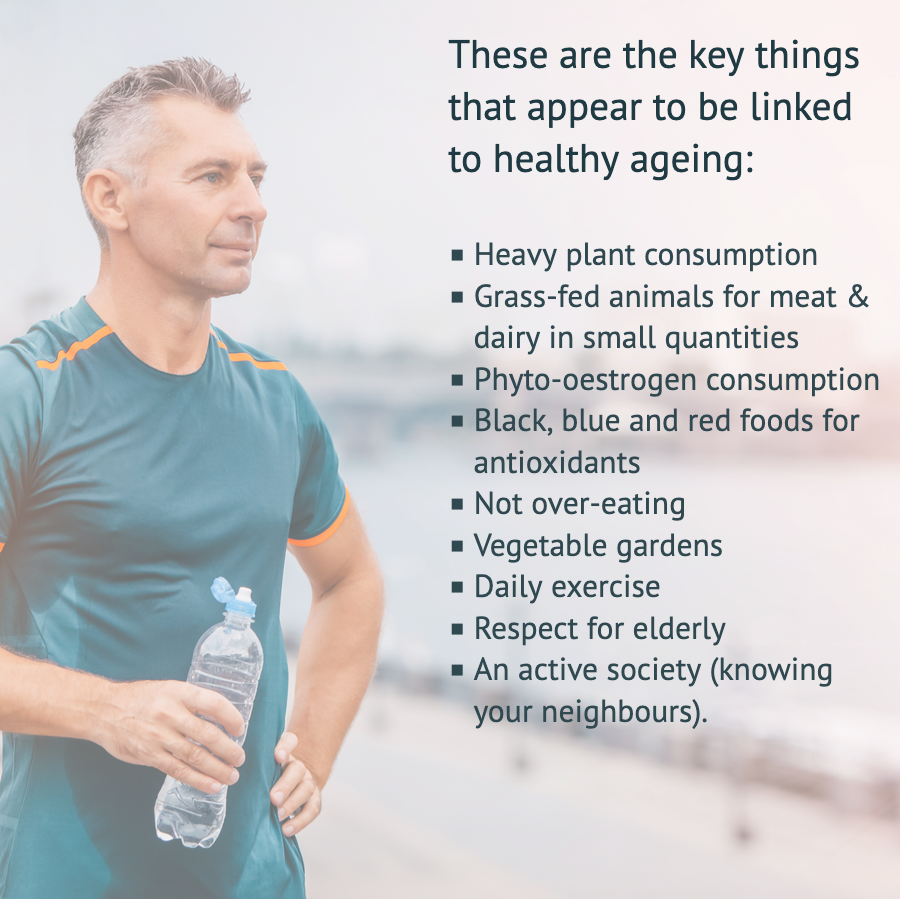 THE DOWNSIDES OF HEAVY EXERCISE

Let’s take a look at the burden placed on an athlete’s body long term. If we take the system of oxidative stress as a construct for ageing, we can understand the athlete a bit better. Oxidative stress is like human rusting – like a piece of iron that sits in the rain and slowly rusts and degenerates, that’s what happens to us throughout or lifespan.

Before we strike oxidative stress down as an evil spirit, we need to acknowledge that it has a purpose, just like everything else in our bodies. Low to moderate levels are thought to play important regulatory roles in our cells, such as cellular signalling, vascular tone, gene expression and muscular force. And these lower levels can easily be balanced by our antioxidant resources. Our antioxidants come from enzymes with fancy names like superoxide dismutase and glutathione and also the food that we eat. It is well recognised that vitamins A, C and E have antioxidant capacity, but so too do the minerals zinc, copper, selenium and manganese. Additionally, so-called superfoods like green tea, black and blue berries, grapes, tomatoes and even lowly carrots donate antioxidants to our bodies.

But high levels of exercise are thought by some researchers to contribute to oxidative burden and to the overall ageing process. For example, Gomez and colleagues believe that oxidative stress is dependent on the intensity, frequency and duration of the exercise. They also say that strenuous exercise causes signs of cellular damage, but this damage is required for muscle re-patterning and strengthening. They suggest that exhaustive exercise is only detrimental when the actual amount of oxidative stress can activate pathogenic pathways.

HOW TO BALANCE OXIDATIVE STRESS

So, how hard can we go before the stress of the exercise will outstrip our natural resources to balance it? That’s the million-dollar question and one that depends on a number of things. Firstly, there are genetics – the antioxidant enzymes that I mentioned (superoxide dismutase and glutathione), plus several others, have genes associated with them. In some people, these genes work optimally, whereas in other people they don’t.

But there’s not too much you can do about your gene codes. There is thankfully a lot you can do about how they are expressed (switched on or off). What about eating a really healthy diet; sleeping with the natural rhythms of the seasons; de-stressing; socialising with like-minded people; spending time with animals; getting into nature; and thinking happy thoughts. What about doing what you would really like to do with your life rather than following the crowd?

Believe it or not, all these factors work towards longevity. In a fascinating book called The Blue Zones, the author explores several groups of people in the world who still live an old-fashioned lifestyle. These are the key things that appear to be linked to healthy ageing:

So, should my athlete be doing what he is doing? As long as he recognises that the heavy, prolonged exercise that he engages in can have detrimental effects to his body, he has a choice. But, at the very least, he needs to choose his events carefully and far enough apart to allow his body recovery time. Thankfully, with a new coach and also with me now chirping in his ear, he is finally slowing down and challenging himself with a slightly more balanced training programme and lifestyle regimen! 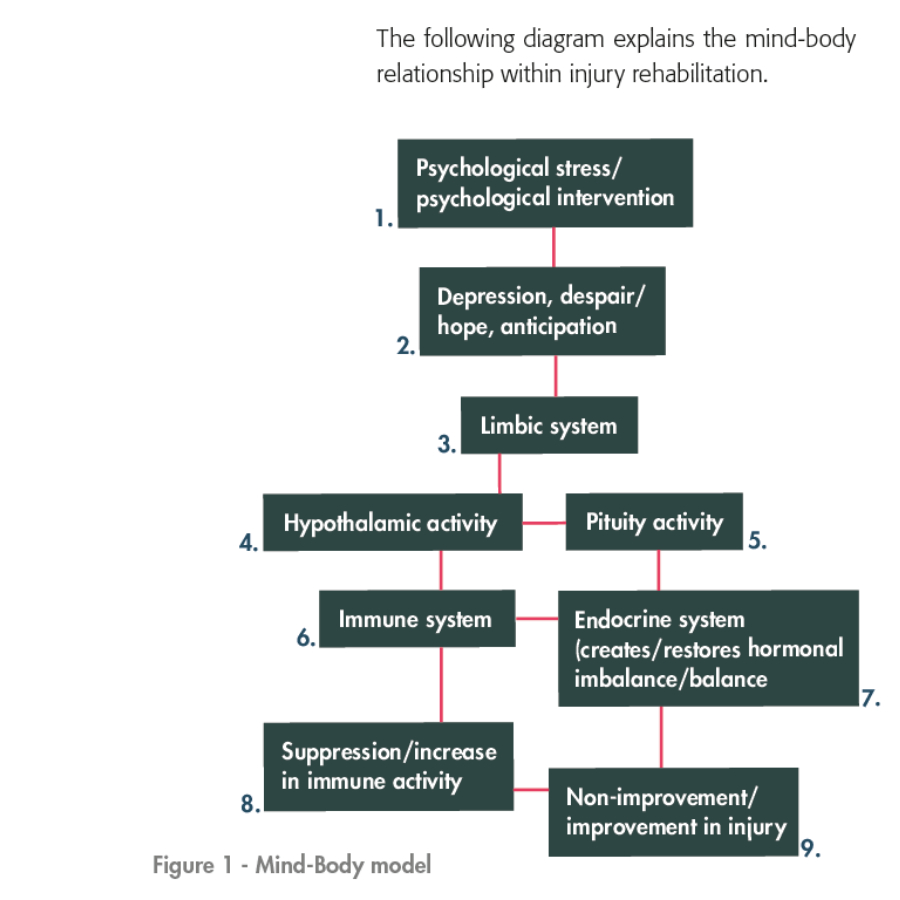