Some Facts about Milk Thistle 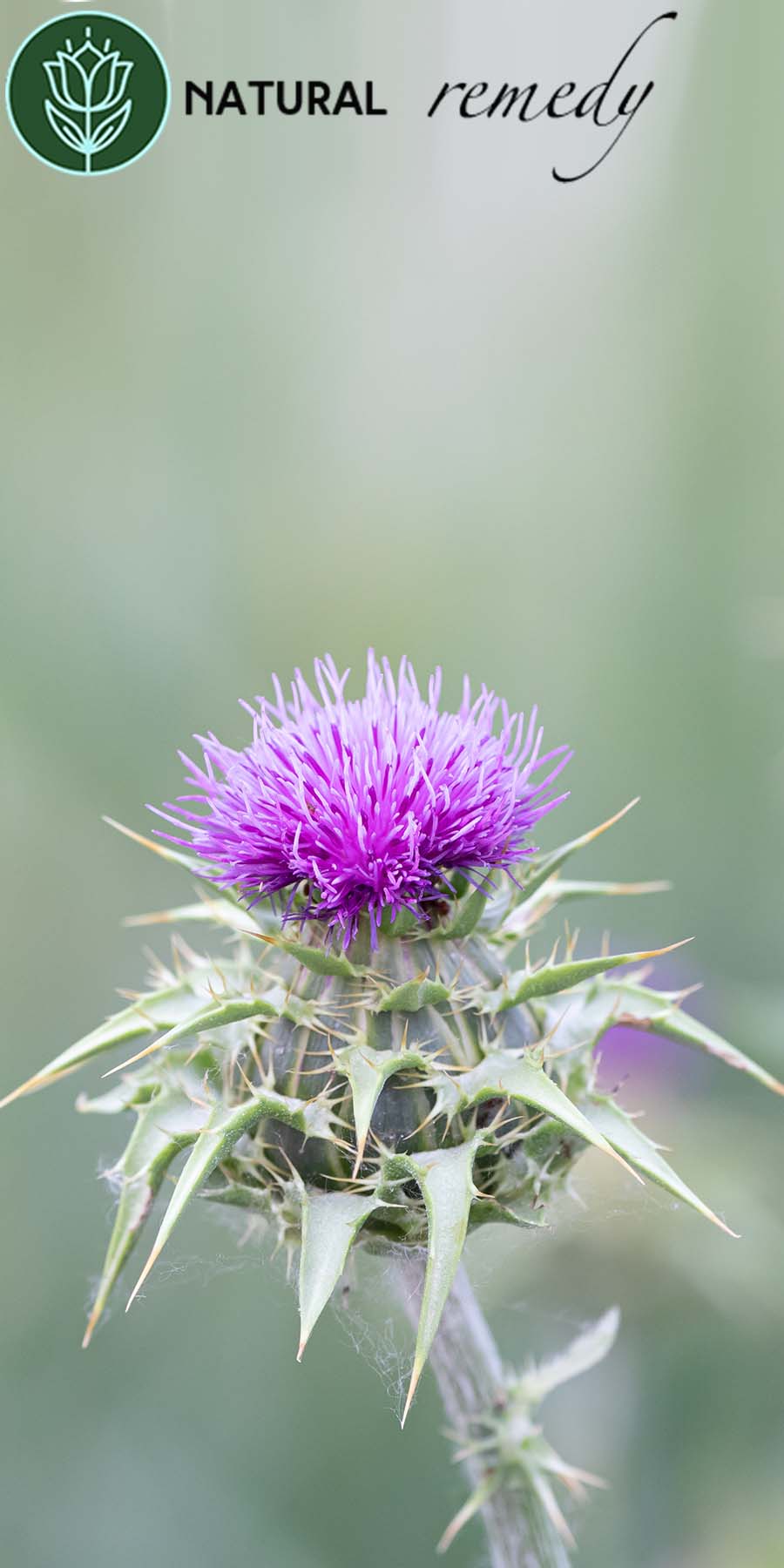 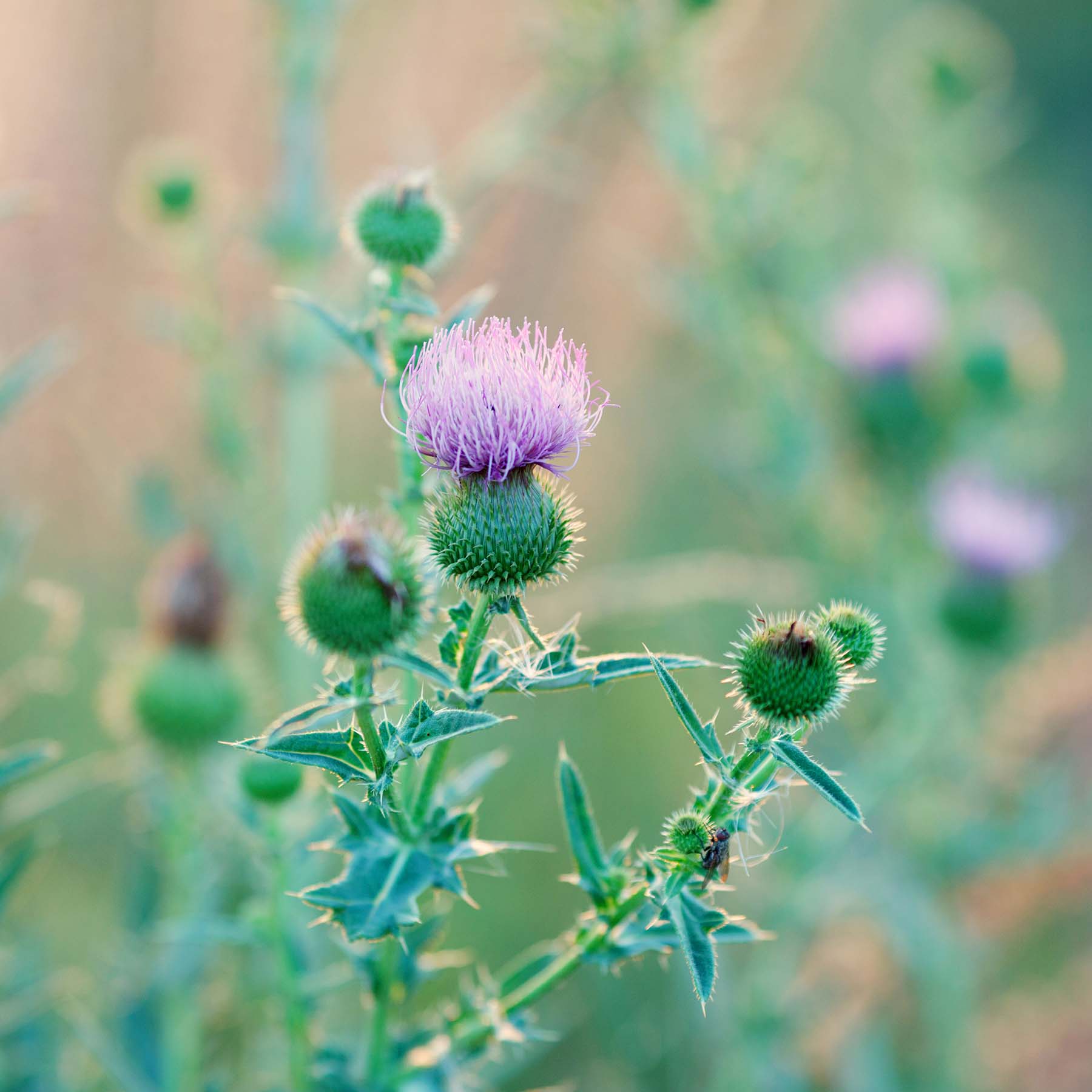 Milk thistle has been used for over 2 000 years as an herbal remedy for a variety of ailments. The herbal medicine comes from the plant’s seeds. It is available in capsules, as an alcohol tincture, or as a glycerite (concentrated in glycerine).

Milk thistle (Silybum marianum) is related to the artichoke and the main biochemical ingredient is a group of compounds called silymarin. Silymarin is actually a group of flavonoids which are thought to help repair liver cells damaged by alcohol and other toxic substances.

Milk thistle, also known as ‘Holy Thistle’ and ‘Lady’s Thistle’, gets its name from the milky sap that comes out of the leaves when they are broken. The leaves have prominent white markings that, according to legend, were the Virgin Mary’s milk. The flowers are red purple. Milk thistle should not be confused with blessed thistle (Cnicus benedictus). Milk thistle leaves and flowers can be eaten in salads and as a substitute for spinach. The seeds are roasted for use as a coffee substitute. 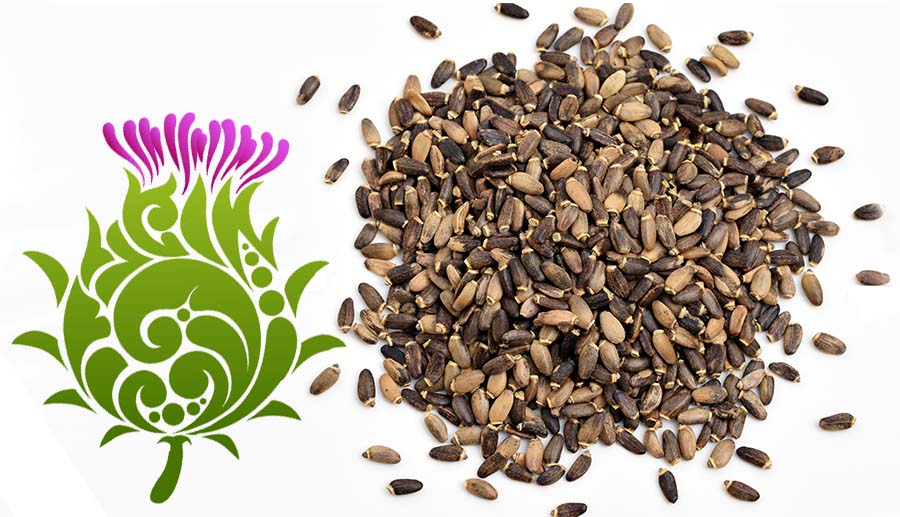 It grows in dry, sunny areas. The spiny stems branch at the top, and reach a height of 5 to 10 feet. The small, hard skinned fruit is brown, spotted, and shiny. Milk thistle spreads quickly (it is considered a weed in some parts of the world), and it matures quickly, in less than a year.

Although silybin is the most potent of the flavonoids in milk thistle, similar to other flavonoids it is not well-absorbed. Silybin-phosphatidylcholine complexed as a phytosome provides significant liver protection and enhanced bioavailability over conventional silymarin.1 Phosphatidylcholine is a key element in cell membranes. It helps silymarin attach easily to cell membranes, which may keep toxins from getting inside liver cells. People who have alcohol-related liver disease should avoid alcohol extracts. 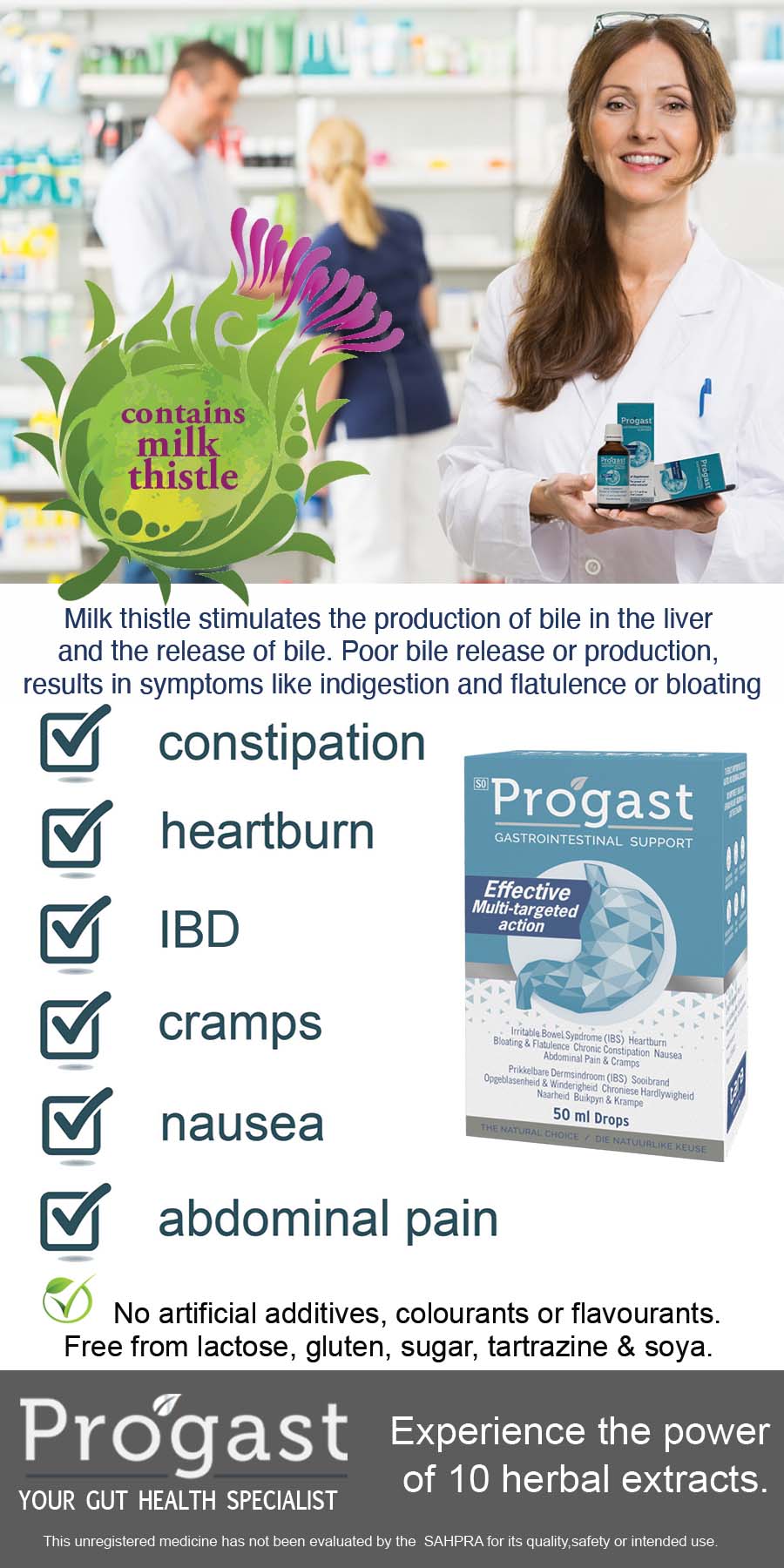 WHAT IS MILK THISTLE USED FOR?

Milk thistle is commonly used in the following ways:

WHAT ARE THE SIDE-EFFECTS?

Side-effects are rare, but may include:

Don’t take milk thistle if you are allergic to chrysanthemums, marigolds, chamomile, yarrow or daisies.

WILL MILK THISTLE INTERFERE WITH MY OTHER MEDICATIONS OR MY MEDICAL CONDITION?

If you are being treated with any of the following medications, you should not use milk thistle without first talking to your health care provider:

Milk thistle may interfere with the following medications, because both milk thistle and these medications are broken down by the same liver enzymes:

IS IT SAFE FOR CHILDREN AND PREGNANT WOMEN?

There are no studies of milk thistle’s use for children or women who are pregnant or breast-feeding. No problems have been reported.

WHAT ARE TYPICAL DOSAGES?

Most studies of milk thistle’s effectiveness have used a specific extract standardized to 70 to 80% silymarin.