From Victim to Master – the power of perception 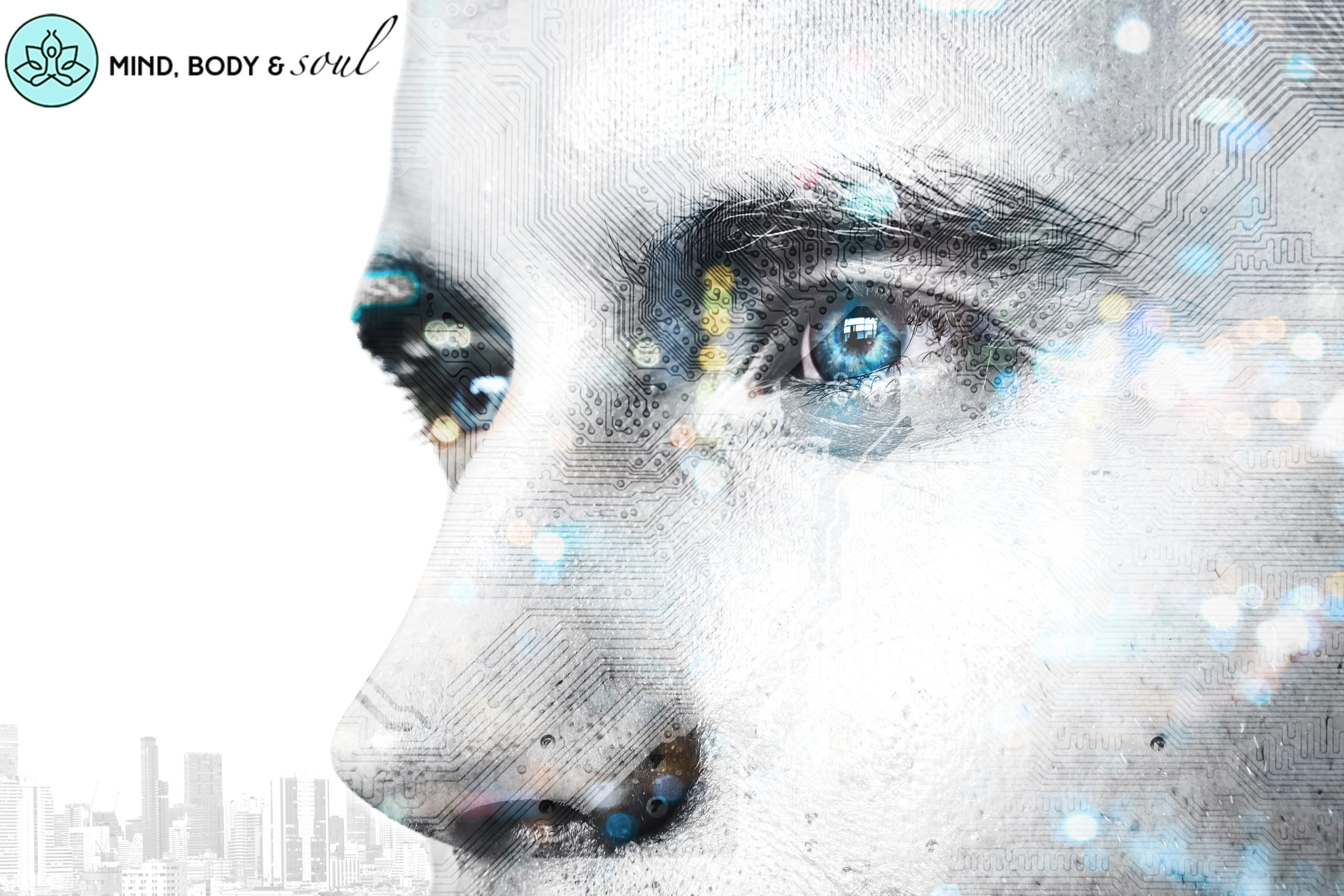 We are not victims or prisoners of our heredity after all. Instead we have the ability, through the power of perception, to free ourselves and evolve into who we truly are – masters of our own lives.

Dr Bruce Lipton, a cellular biologist who worked at the University of Wisconsin cloning human muscle cells, is best known for challenging the existing belief which purports that the human body is controlled by genes. In his video, The Biology of Perception, he demonstrates, using basic science combined with research material from his experiments on stem cells dating back to 1967, that contrary to belief, perception controls biology.

THE PROOF IS IN THE PETRI DISH

Dr Lipton explains and I summarise: In one of his experiments a stem cell was isolated and put into a petri dish (a cell-culture dish) where it divided every 10 hours. The cells were then split up into three groups and placed into separate petri dishes. In each of the three dishes the growth medium was changed, representing the constituents of the environment. Surprisingly in the first dish the cells formed bone, in the second dish they formed muscle, and in the third dish they formed fat cells. To boot, all of the cells were genetically identical when they were first separated yet each dish produced different results. Why was this so? Since the genes were all identical, their varied formations were not indicative of control or influence by the genes. The dissimilarities were contained in their environment where each stimulated the genes to spawn different formations. The environment or inconsistent growth mediums were the stimulus to which the cells responded. A scientific breakthrough had been made: our biology and health are not controlled by our genes because genes respond to their environment! It is the genes’ perception of their environment that causes them to behave in a certain way.

While we were taught that our genes (which we do not control) determine our lives, i.e. our behaviour, emotions, character, health and biology, we were disempowered. This is because our education suggests that we do not have any control over our lives. We were told that our genes are inherited from our family and so you become a victim of your heredity. If there is cancer in your family, you are likely to feel vulnerable to illness. If your father or mother were prone to addiction, you will to some extent expect to acquire the same results, or feel entitled to justify similar behaviour irresponsibly. This brings about a feeling of powerlessness so that no matter what you do, your life is destined to be in a certain way because of your genes. So a kind of apathy takes over as you nurture a ‘why should I try anyway?’ type of attitude.

Dr Lipton’s research is life changing for all of us. It shows that we have the power to choose our destiny at any given point. From victims we have become masters of our lives as we can control how we respond to the environment.

THE TRUE EVOLVED YOU

This is where recovery coaching is vital because throughout the process, the client is given the necessary tools and techniques to overcome the perceptions (beliefs) that hold them back in life. You were born into the world without any beliefs, and, since you learned to believe certain things from your parents, education and social systems, you have the ability to unlearn them and try new ones. As you change your thinking, you change your mind and biology, which culminates in an evolved reality.

In addition to the new science that perception controls behaviour, Dr Lipton goes even deeper in saying that perception not only controls genes, it also rewrites them! Like any living being the cell is a conscious organism. By virtue of its state of consciousness the cell’s perception of the environment is what controls the gene. In his study Dr Lipton provides molecular proof on how a belief actually switches on a gene.

To demonstrate the power of belief, I have taken an example of our beloved insect the bumble bee. Aerodynamically the bumble bee is not really designed to fly. This is apparent in observing its rounded hairy body that is much larger than the little wings that struggle to carry it. Now imagine that someone repeatedly told the bumble bee from the start that she was not designed for flight; do you suppose she would be flying today? Of course not, and yet the bumble bee flies nonetheless, even though a bit clumsily at times, because she believes that she can! Belief is powerful and at times can often override the most logical reasoning.

The disease model of addiction refers to addiction as being biologically fecundated by heredity or it is produced within the person during their early years of life. On the high end of the spectrum, research shows a steady degree of alcoholism in the immediate relatives of the family. While the precise biological structure has not yet been discovered, more than 50% of alcoholics are allegedly estimated to have a genetic predisposition for it.

Studies also provide other contributing factors for addiction, such as loneliness, which is due to individuals not having any family or sufficient support systems. Having said that, the latter is a more validating example than the former paragraph which suggests predisposition; because a lonely person can at least join a social club for individuals with similar quandaries.

Changing your circumstances or your beliefs about your circumstances is far more empowering than being biologically infected. Even so, is it intelligible to estimate that one can be genetically predisposed to a substance that is man-made?

C.G. Jung in his autobiography, Memories, Dreams, Reflections, poignantly describes a patient sent by an American colleague with the accompanying diagnosis, ‘alcoholic neurasthenia: incurable.’ Nevertheless, Jung discovered that the patient was struggling to hold his manhood in a tyrannical relationship with his mother. Due to her power games, he chose to liquor down his inferiority complex that he withheld as a way of self-medicating. Jung took the initiative (behind his back) to give his mother a medical certificate fingering his inability to carry out his work-related responsibilities due to his alcoholism, and with that Jung recommended his redundancy. Although the man was furious with Jung (albeit an unethical move for a medical practitioner), he went on to create a life whence he thrived! By removing himself from a negative situation that did no service to his character, he was empowered to create a new life without the use of alcohol.

Unfortunately, addicts are not always able to change their environment as fluently as in this scenario; however, we can always change our thoughts and attitudes about the situation, that is, your perception. Knowing this you have the power to manifest a beautiful life!

Meditation, visualisation and hypnotherapy are all strong repertoires for holistic health and vitality. In an online article in the Huffington Post, the remarkable benefits of meditation are discussed: Meditation can diminish all kinds of physical diseases and psychological disorders. The immune system, blood pressure, pain response, stress hormone levels and even cellular health, can all be improved. Psychologically, meditation reduces depression and anxiety disorders, ADHD, bipolar mood disorder, addiction and eating disorders among others.

Meditation alters perception and the mind. It is a method for acquainting our minds with virtue. The more familiar our mind is with virtue, the calmer and more peaceful it becomes. When the mind is peaceful, we are free from worries and mental discomfort, and we begin to experience true happiness. In this state of grace and Godliness, healing can be restored. Thus, the practice of meditation confirms the outcome of Dr Lipton’s experiments which state that perception controls the genes and can also rewrite them.

About the Author: Lisa Ann Catano

Lisa Ann Catano also known as ONATAH is an Entrepreneur of Divine Providence. A Spiritual Life Coach/ Writer, she works solely with the Subconscious Mind to help people overcome the programs that limit their full potential and Abundance. Her work is pro bono and she is looking to be supported in her calling that is to manifest a world without money. This is based on the natural principles of uncompromised abundance, giving and receiving in Love consciousness as opposed to fear and shortage/ lack mentality. Based in Johannesburg, to get in touch with ONATAH to support her vocation and forward thinking, please email or contact her directly. 3onatah@gmail.com, 062 869 1100, website: https://onatahlifecoaching.co.za/
Toggle Sliding Bar Area
Go to Top