Impotence Can Happen at Any Age 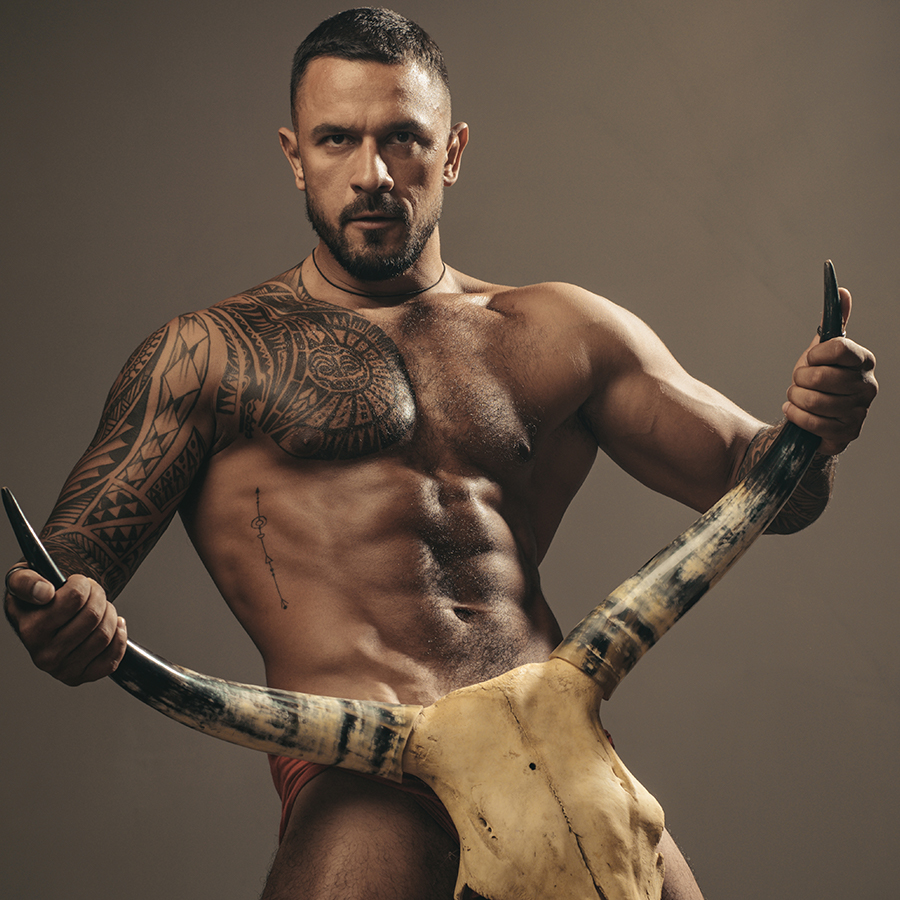 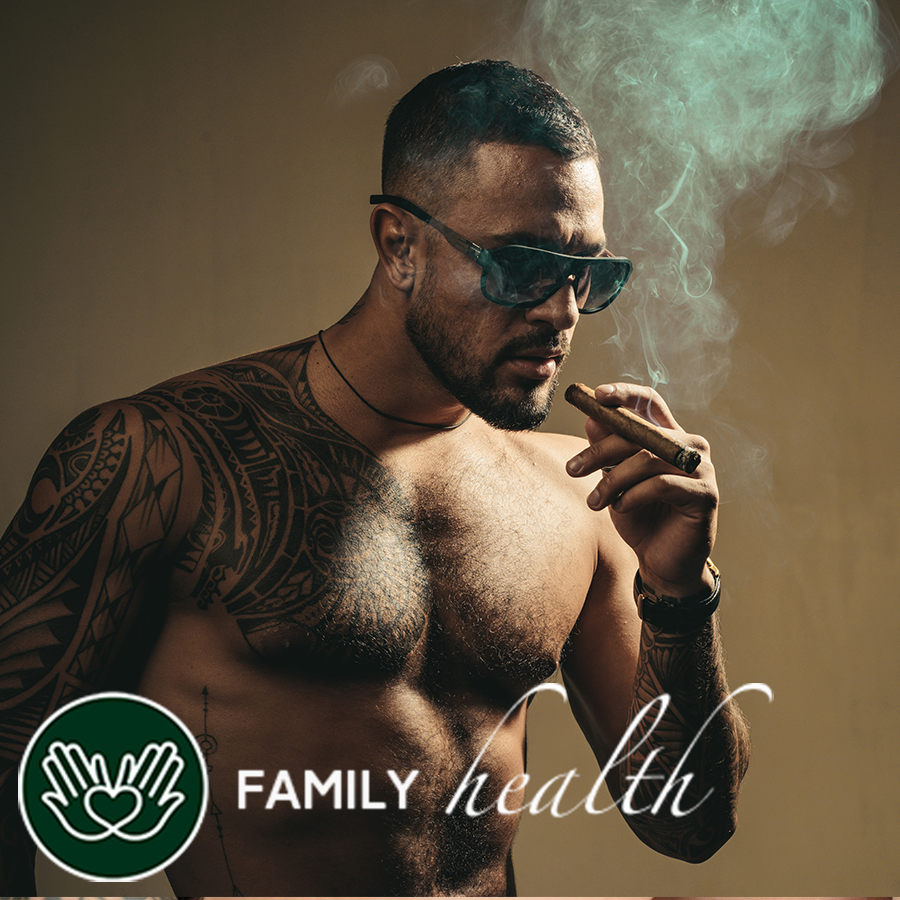 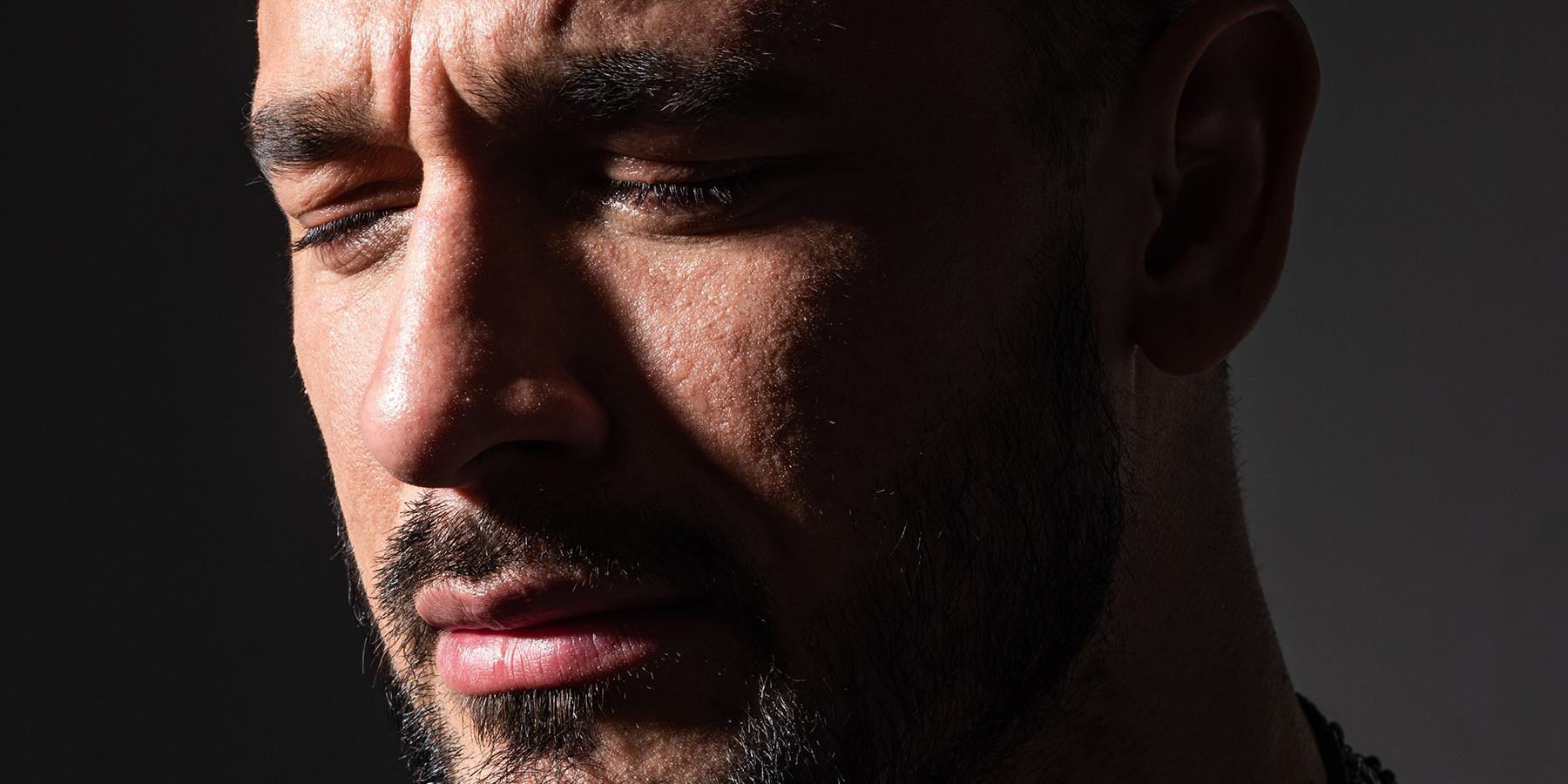 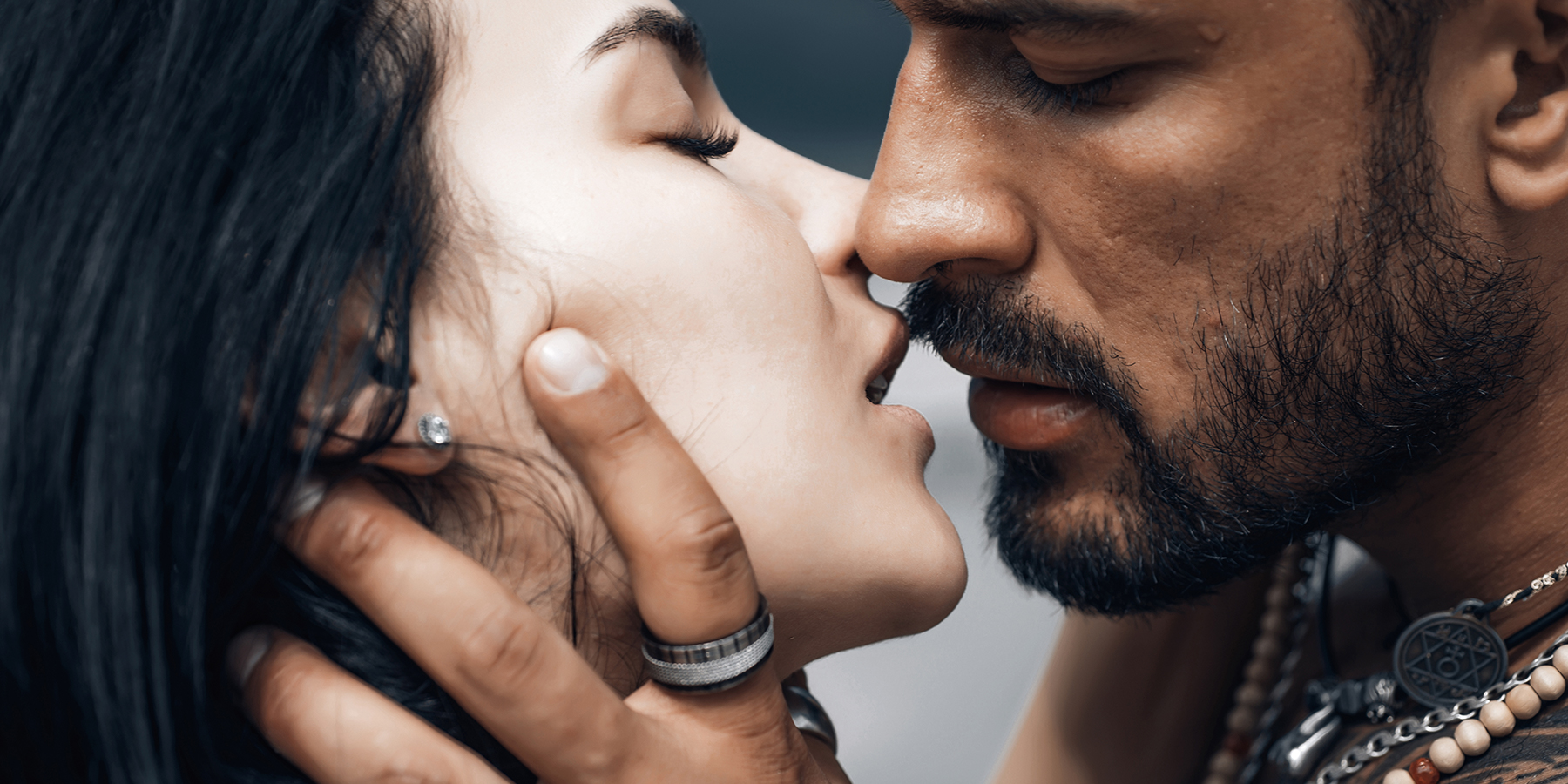 There are a few words that send a cold shiver up the collective male spine. Words like tax, castration, ‘honey we need to talk’, and ‘prostate check’. One of the words in this most-feared group is ‘impotence’. Why? It’s probably because our maleness is so tied up with our sexuality, and especially with that little addendum to our male body, the penis. Maybe it’s because lack of rigidity of this addendum reflects the passing of time, the arrival of middle age and old age. It reminds us that we are not bullet-proof any more.

The truth is that impotence is unimpressed by age, qualifications, income or social status. It can happen to any man at any age.

A man with impotence either has a problem getting an erection or difficulty maintaining one. This usually interferes with sexual activity and can place a lot of stress on a man and on a relationship.

Impotence can happen suddenly or gradually. Some men slowly lose the firmness of their erections, or find that an erection doesn’t last as long. In other men, especially those whose impotence is largely caused by psychological factors, the problem may occur unpredictably and can improve at any time. Despite their erectile difficulties, men with impotence may continue to have normal orgasm and ejaculation without a full erection.

Your doctor will ask you about your medical history to find out whether any medical conditions might be causing your erectile dysfunction, including vascular, neurological and hormonal disorders. Because vascular disorders affect the entire body, many men who have erectile dysfunction because of vascular disease also have a history of heart disease, stroke or poor circulation in their legs.

Your doctor will ask about your sex life and the quality of your sexual relationships. He will examine you, including your penis and testes, to look for evidence of underlying medical problems. Your blood may be tested for blood sugar (to check for diabetes), cholesterol and levels of certain hormones.

About 85% of cases are due to a physical cause, slightly more than 10% are totally psychological (‘all in the mind’), and in the remaining 5% the cause is unknown. The 85% include cases in which psychological factors complicate the physical ones. Once a man’s erection fails a few times, he places more stress on himself to erect by sheer willpower. When this too fails, he begins to have a psychological problem as well. This develops into a destructive cycle of negative expectations that raise a man’s anxiety, and performance anxiety resulting in poor sexual performance that leads to more negative expectations, and so on. 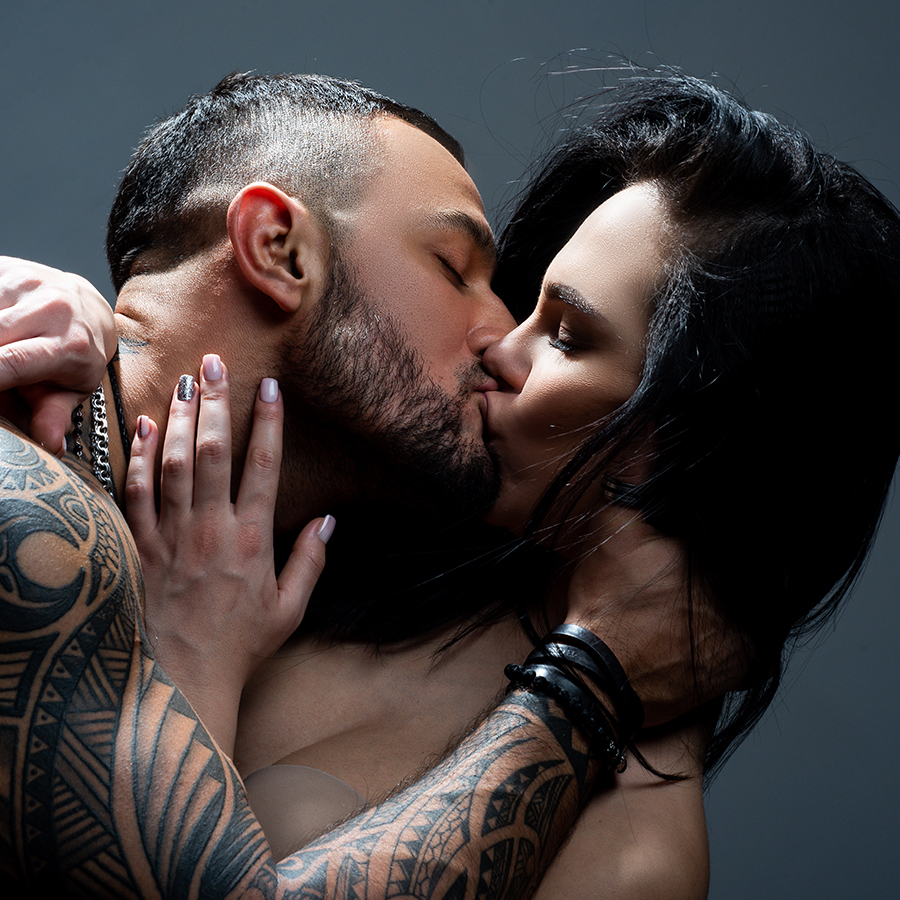 This very common disorder has four general groups of causes:

WHAT ARE THE PHYSICAL CAUSES OF IMPOTENCE?

The physical causes of impotence are (in order of importance) the following:

WHAT ARE THE PSYCHOLOGICAL CAUSES OF IMPOTENCE?

Depression, guilt, fear, performance anxiety and rushing through the act can sometimes cause impotence problems. This is more common in young men than older men. In older men impotence tends to have more biological or physical causes, probably due to a lifetime of bad habits.

Causes of impotence in young men

Causes of impotence differ between younger and older men. In younger men the condition is usually a short-term problem, occurring in overly stressful situations. The leading cause of impotence in young men is anxiety, which can stem from a number of causes, including:

When a young man is anxious about a sexual encounter, it is very natural for impotence to occur. Unfortunately, if he is unable to sustain or maintain an erection more damage may be done, as this can lead to feelings of self-doubt and inadequacy that can affect future sexual interactions.

WHY BE WORRIED ABOUT IMPOTENCE? 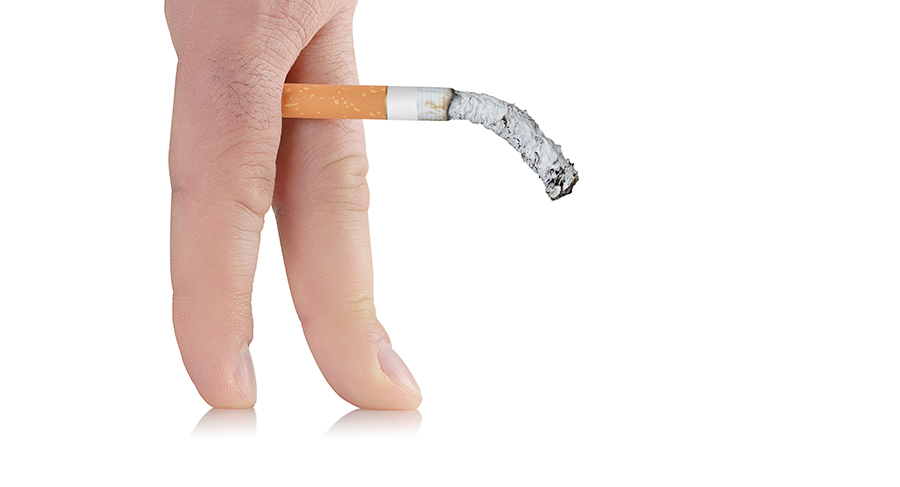 TIPS FOR PREVENTION OF IMPOTENCE

There are many effective treatments for impotence. The most popular is a class of drugs called phosphodiesterase type 5 (PDE5) inhibitors, which includes sildenafil (Viagra), vardenafil (Levitra) and tadalafil (Cialis). These drugs, taken in pill form up to 60 minutes before sexual activity, work in approximately 70% of men. They are less effective in men with neurological causes of impotence such as nerve damage from prostate surgery, diabetes or spinal cord injury. PDE5 drugs can cause minor side-effects such as flushing and headache, but they have been shown to be safe in most men, including those with heart disease. However, they can interact with other medications and cause dangerously low blood pressure. They should never be taken with nitroglycerine or other nitrate medications commonly used to treat heart disease. Men with enlarged prostates who take alpha-blocker drugs such tamsulosin (Flomax) or doxazosin (Cardura) should probably avoid certain PDE5 drugs.

If these drugs don’t work or you can’t use them because of potential side-effects, your doctor can recommend other therapies. The drug alprostadil (Caverject, Edex, Muse) causes blood vessels to widen. This can allow blood to flow more freely in the penis, leading to an erection. The drug can be injected into the penis with a tiny needle, or a small pellet (suppository) can be inserted into the opening of the penis. Suppositories are effective in approximately two-thirds of men, and injections in about 80%. These drugs are prescription medicines and should only be taken under medical supervision.

Taking extra testosterone will not improve erectile dysfunction. For men who have abnormally low levels of the hormone, testosterone replacement may be helpful because it can enhance sexual desire.

THE LIFE CYCLE OF THE PENIS

As you as a man go through your life cycle, so does your penis. It is part of you and not a separate identity, after all, and reflects your hormonal and physical changes. Your penis and testicles will shrink as you get older. By age 70 (if you are lucky enough to live that long) you might lose 3 cm of penis due to atherosclerosis or fatty deposits. You will have less potent sperm. Your penis will become less sensitive with age. Be graceful about it – adapt to it like you adapt to other physical frailties and the demands of life. In the long run it’s all about leaving your partner with a smile on her face, and you don’t need a 20-year-old penis, testicles or sperm for that, do you? 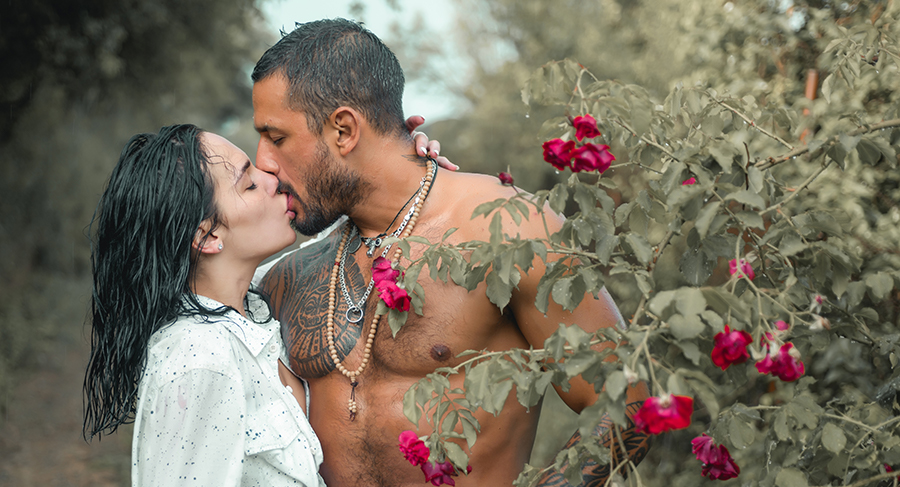 WHAT CAN A WOMAN DO TO ASSIST AN IMPOTENT LOVER?

Women tend to blame themselves for impotence in the men in their lives (I’m too fat, not attractive enough for him, a bad lover, etc.), or the relationship (he’s cheating or does not care for me). But his impotence probably has nothing to do with your weight, appearance, relationship or skills as a lover. He’s probably sick, stressed out, working too hard, has smoked for years, drinks too much, is overweight, exercises infrequently or not at all, has an underlying health problem and is over 45 years old.

What can you do to help? Put the ‘C’ and ‘N’ back into sex – Caring and Nurturing. Be kind, be graceful, be patient, be fun, be loving, forget about sex as the destination. Focus on the journey, snogging like you did when you were teenagers. There are some fun sex toys available that will leave you with a permanent smile. Improvise. Get him to a doctor, to a gym, to lose weight, to quit smoking. And remember, good, loving sex is an excellent work-out and stress reliever. You might just save a life.

Some herbs and supplements do in fact stimulate more than just the imagination.

DHEA. Dehydroepiandrosterone (DHEA), a precursor to testosterone, has been shown to improve erectile function. Testosterone is the most important sex hormone in men – a deficiency can wreak havoc on the sex drive – but the body’s production of DHEA, and therefore testosterone, slows after age 30. Take 25 to 50 mg daily if a lab test shows you’re not producing enough testosterone.

L-arginine and yohimbe bark. This amino acid–herb duo was shown in a clinical trial to improve erectile dysfunction. L-arginine increases blood flow to the skin and extremities, while yohimbe is a libido enhancer. The combination might take two or three weeks to work, so don’t give up right away if you don’t see immediate results. Take 5 000 mg of L-arginine and 30 to 100 mg of yohimbe bark an hour before having sex. But be careful if you have a history of mental illness – the FDA cautions that yohimbe may cause anxiety, irritability or panic attacks.

Maca. This plant, nicknamed Peruvian ginseng, has long been used in the Andes to boost energy, stamina and libido. Human trials have shown improved sexual performance. Though the effects don’t appear to be specifically connected with hormone levels, maca is an adaptogen that helps the body balance and regulate hormone production. Mars recommends 5 to 20 grams of dried maca root daily, or 30 to 40 drops of a tincture three times a day.

About the Author: Dr Adolf Lowies

Dr Adolf Lowies, BA (HONS), MED (PSYCH), BDIV, HED, PHD (INTERDISCIPLINARY), is research director for a higher education institution in KwaZulu-Natal. He is a registered psychologist with training in complementary medication, including herbology, energetic healing and emotional freedom techniques. Specialist areas of interest are the arcetypal therapy of Caroline Myss and the 'Judas experience' and ‚'Dark night of the soul‚' also known as spiritual emergency syndrome. He publishes widely and is a sought-after coach and speaker nationally and internationally, with many years of experience in private practice and higher education.
Toggle Sliding Bar Area
Go to Top