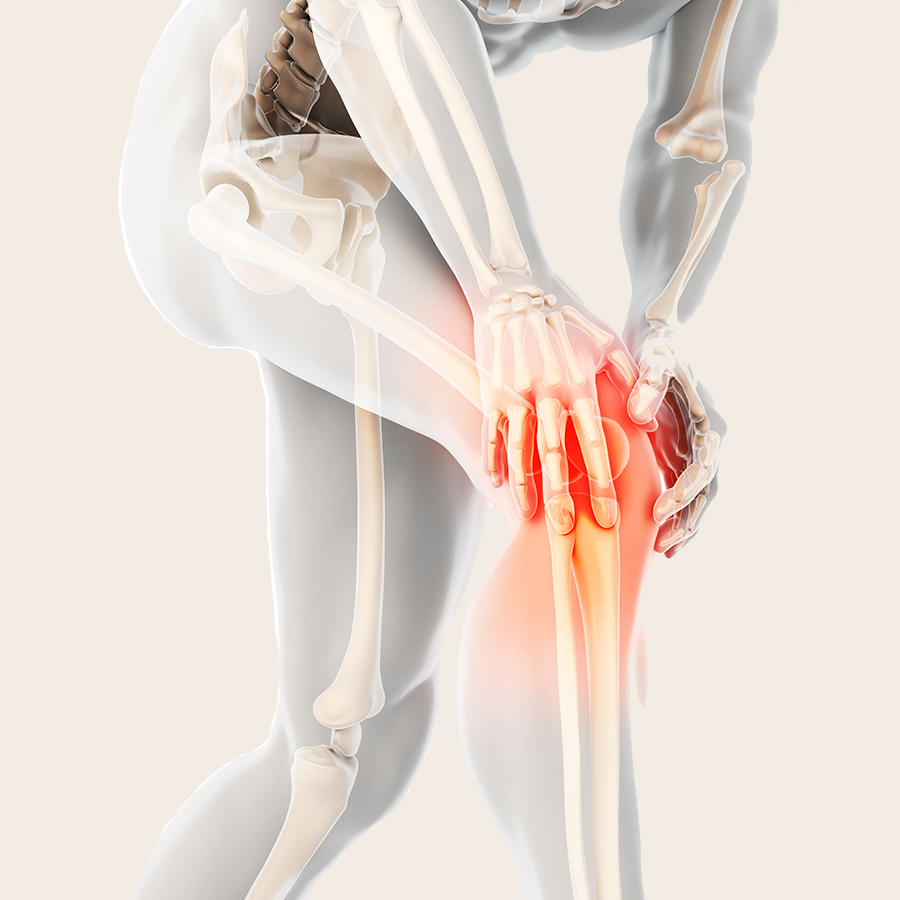 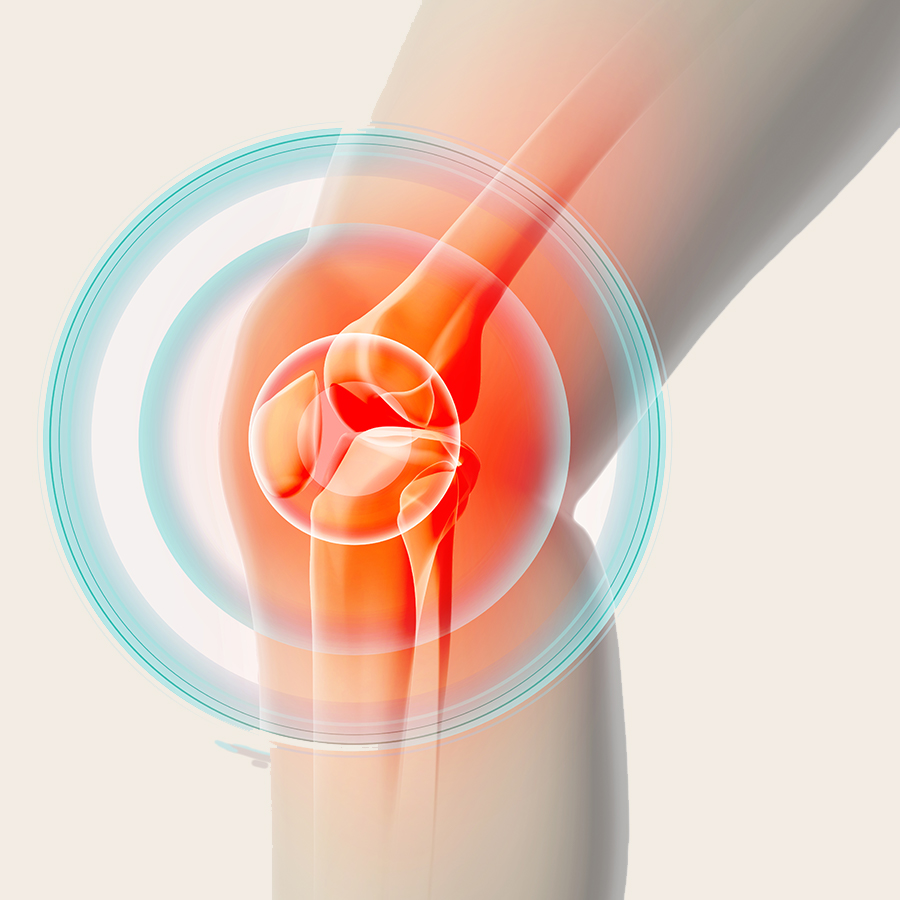 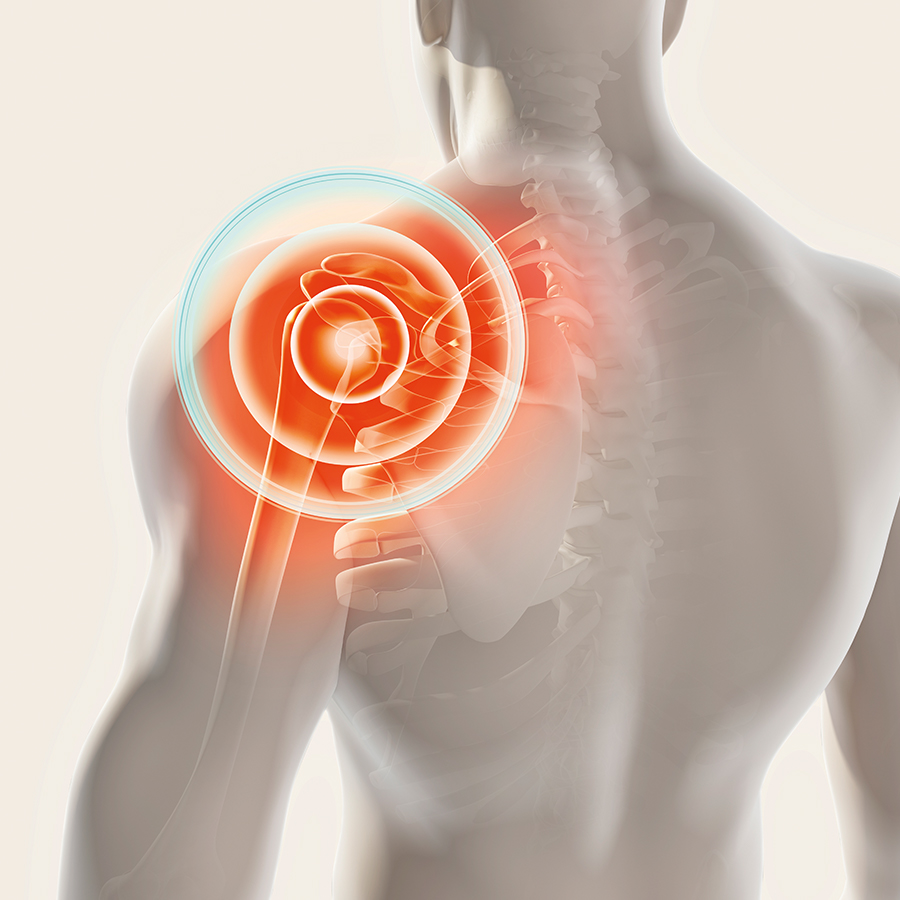 Processes of inflammation occur in our bodies day and night. Depending largely on what we eat, they can be helpful and healing, or the forerunners of disease.

Inflammation is the life-saving component of one’s immune system that helps fend off bacteria, viruses, fungi and other pathogenic invaders. It also helps damaged tissues repair themselves. Inflammation can be either acute or silent.

The classic symptoms of acute inflammation are swelling, pain, redness and warmth. These warning symptoms are easy for anyone to diagnose and alert one to reach for an aspirin or other anti-anti-inflammatories to soothe the discomfort. Once the healing begins, the inflammation process shuts down and the body resumes its normal functioning. Without these inflammatory processes we might die from the first bacteria that came along, or bleed to death from a small cut.

Silent inflammation occurs when the acute inflammatory process doesn’t shut down appropriately. This may be associated with a genetic predisposition or lifestyle factors such as obesity, poor diet and smoking. An elevated level of silent inflammation harms the body in a number of ways and leads to numerous chronic diseases such as heart disease, stroke, depression, dementia (such as Alzheimer’s disease), diabetes mellitus, ADHD, auto-immune diseases (such as multiple sclerosis) and cancers. 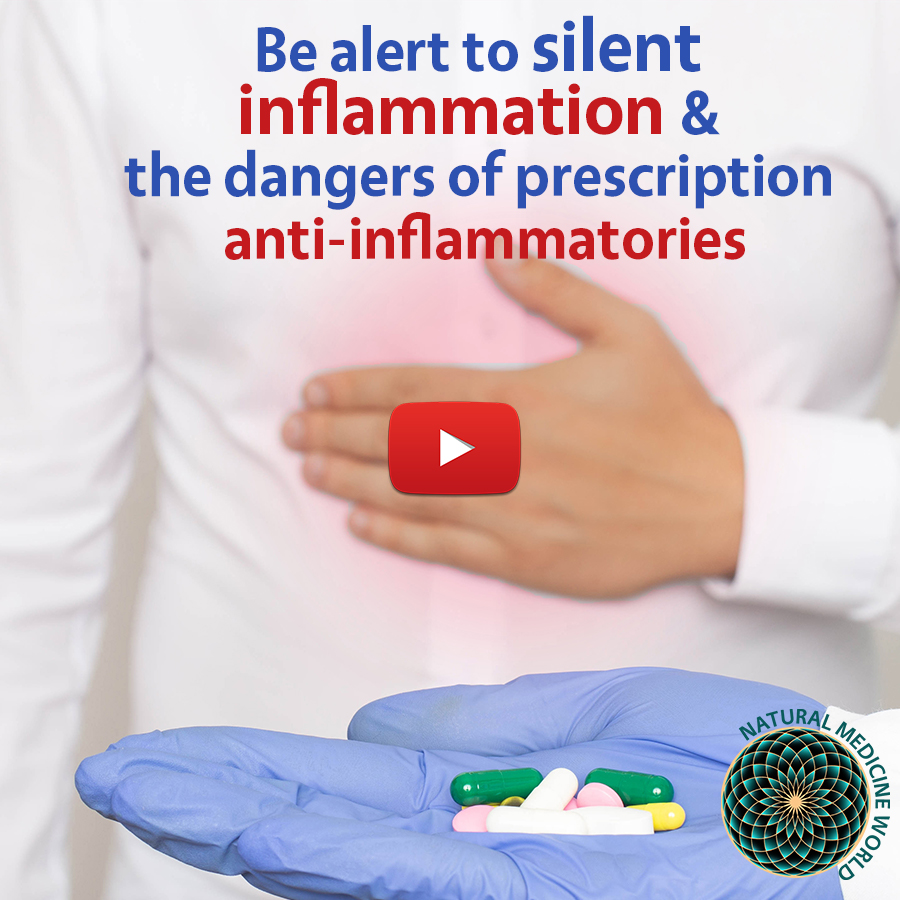 The mechanisms of inflammation in the body are complex, but most revolve around chemicals called prostaglandins, which are produced in the cells from essential fatty acids (EFAs). EFAs have to be derived from the diet and are found in plant oils and fish oil. Flaxseed and fish oil provide omega-3 EFAs, whereas sunflower, soy, corn, evening primrose and borage oils provide omega-6 EFAs. In modern living, our diets have become very unbalanced. We should consume no more than four times the amount of omega-6 EFAs compared with omega-3 EFAs (ideally this ratio should be 2:1).

When we consume too many refined vegetable oils (omega-6) they are converted to arachidonic acid (AA), which forms inflammation-causing prostaglandins. On the other hand the fish and flax seed oils (omega-3) produce EPA (eicosapentaenoic acid) which converts to anti-inflammation prostaglandins. 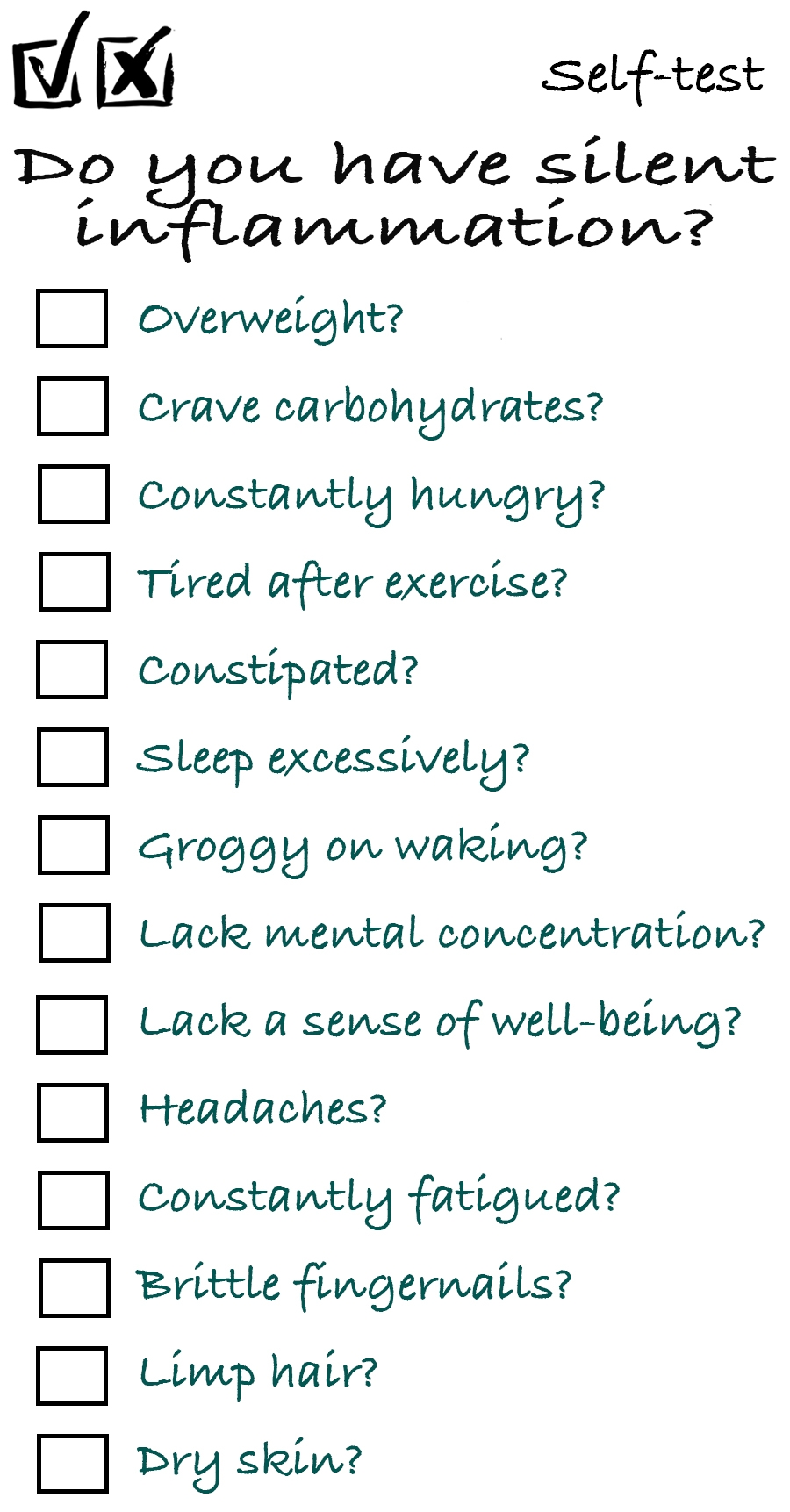 If you answer yes to more than three questions you probably have elevated levels of silent inflammation, and you should consider having one or more of the following blood tests to evaluate your situation further:

1) AA:EPA ratio, which is the most accurate marker for silent inflammation.

2) Fasting insulin is the next-best biomarker and is readily available from all pathology laboratories.

3) TG:HDL (triglyceride/ high-density lipoprotein) ratio is useful if the first two blood tests are not available, and is a useful indicator of metabolic syndrome.

4) Ultra-sensitive CRP (C-reactive protein) has recently become popular as a marker for coronary inflammation. Unfortunately, it is affected by concur- rent infections, hypertension, obesity and type 2 diabetes. Overall it is not as accurate as the first three blood tests. 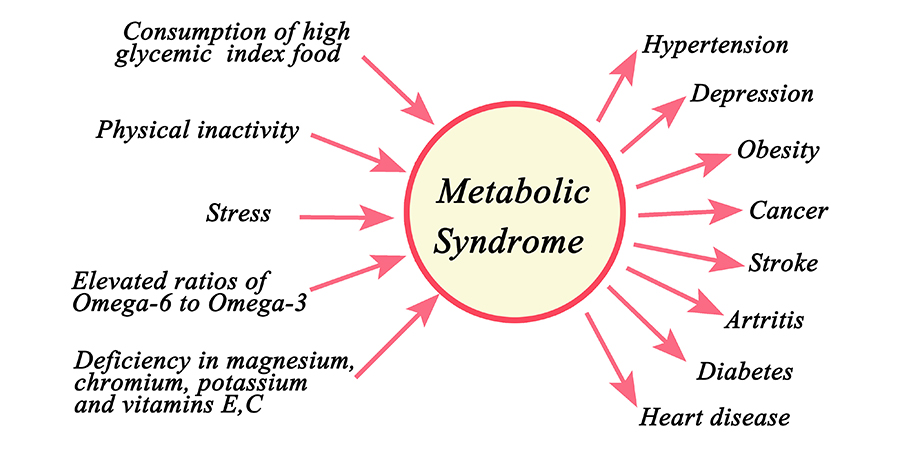 All processed starches metabolise to glucose very quickly in the blood. This will elicit a large insulin response, which contributes to increased abdominal fat stores and increases conversion of omega-6 EFAs to AA. All sugars and sugar-containing foods, together with other high glycaemic load (GL) foods should be avoided, such as breakfast cereals, pasta, muffins, cakes, biscuits, snack bars, etc. Some authors even advocate removing all grain products from the diet. Generally unrefined starches have a low glycaemic index (GI), but have a high GL, so should only be eaten in small portions.

Highly processed vegetable oils cause havoc in the prostaglandin pathways, and should be avoided altogether. This is because the large quantities found in a typical Western diet contain high levels of omega-6 EFAs, which produce large quantities of AA. As mentioned, the ratio of omega-6s to 3s should be about 2:1, but in a typical Western diet it is more like 20 or 30:1. There are far greater quantities of these oils used for preparation of ‘junk foods’ and processed foods than there were a generation ago. Farming methods have also increased the omega-6 levels in vegetables, fruits, fish, eggs, grains and legumes, while decreasing the amount of valuable omega-3s.

Trans-fatty acids found in margarines, shortening and hydrogenated fats should be avoided at all costs, as they block the action of enzymes in the pathways. Trans-fatty acids are used extensively in commercial baked goods. If enzyme action is blocked, it causes diseases such as diabetes, hypothyroidism, alcoholism, cancer, premature ageing, Crohn’s disease and high cholesterol.

Although butter, animal fats, organ meats and egg yolks all produce pro-inflammation acids in the body, in small to moderate quantities they are valuable foods and form part of a balanced diet. Studies have shown that the saturated EFAs in butter and animal fats have a synergistic effect when eaten with the unsaturated EFAs in fish oil, by helping them to work more efficiently.

If you are aware of sensitivity or intolerance to certain foods, you should eliminate these from your diet as far as possible. They are absorbed through the gut wall, especially if the integrity of the gut wall has been compromised, and cause the gut associated lymphoid tissue (GALT) to produce inflammatory complexes. These complexes circulate and cause inflammation in other parts of the body. See my article ‘Death begins in the colon – leaky gut syndrome.’ Food intolerances can be detected using an immunoglobulin G (IgG) blood test.

Fresh or frozen fruit and vegetables are the best source of carbohydrates, and should make up two-thirds of what we eat. Although fresh, organically grown foods contain the best nutrients, they may not be easy to get or may be unaffordable. Fresh foods deteriorate quickly and need to be bought every two to three days. A good alternative is frozen goods; they are picked at their ripest and frozen immediately, which seals in vitamins and phytochemicals. They also do not deteriorate on long journeys on the back of a dusty truck.

Low-fat proteins such as low-fat cheeses and fish, especially oily varieties (fresh tuna, pilchards, sardines, salmon), should constitute no more than one-third of your diet. Note that canned tuna is depleted of much of the valuable omega-3 oil during the canning process, and all forms of tuna probably contain high levels of toxic mercury, so quantities should be limited. Egg white on its own is anti-inflammatory, but whole egg is nevertheless a good food.

Olive oil, nuts and avocado provide good sources of monounsaturated fats. Extra-virgin olive oil of good quality contains two unique phytochemicals, which exhibit anti-inflammatory and antioxidant properties. You can test olive oil for the presence of these substances by putting a little of the oil into your mouth and swishing it to the back of your throat. If it tastes sharp or peppery, then it contains these valuable substances. Almond oil and avocado oil make tasty alternative salad dressings. Canola oil has a mixture of omega-3s and 6s in the ratio of 1:2, so it is better than sunflower oil, but it is still a highly processed vegetable oil.

Coconut oil has been much maligned for years, because it contains saturated fat (lauric acid). But this fat is a medium-chain EFA, which is anti- inflammatory and cardio-protective, and provides an excellent source of energy. It is also suitable for cooking at high heat (which olive oil is not). Thus coconut oil is a very healthy addition to our diet.

Turmeric (Curcuma longa) contains a phytochemical called curcumin; a potent anti-inflammatory1 which inhibits the enzyme that makes AA. Curcumin is one of the most widely studied phytochemicals in modern science. Despite the incredible benefits of curcumin, one of the biggest challenges for using it therapeutically has been absorption. Major reasons contributing to the low plasma and tissue levels of curcumin appear to be due to poor absorption, rapid metabolisation, and rapid systemic elimination. Typically a large dose is required in order to attain adequate amounts in the bloodstream, which is costly and with a higher risk of noncompliance.

That’s why clinical trials have had to use increasingly larger dosages of up to 12 g daily. Bio-curcumin (BCM-95®) is a bioavailable curcumin extract developed to overcome the bioavailability challenges faced by curcumin supplements and has been clinically proven to do so.2

Ginger contains phytochemicals called xanthines, which also have a potent anti-inflammatory activity. The root can be eaten cooked or raw, or the powder can be used. The daily dose is half a teaspoon. A very soothing drink can be made from pouring boiling water over some grated / sliced ginger root. Pineapple contains a natural anti-inflammatory called bromelain.

THE VITAL ROLE OF OMEGA-3 OILS

However, there is a catch: much of the fish oil harvested from the sea or from fish farms is contaminated with high levels of mercury, PCBs and dioxins, each of which can have devastating effects on our health. The solution is to use only ultra-refined oil, which is marketed as ‘pharmaceutical grade’, in contrast to the usual ‘health shop grade’. This high-quality oil is not readily available, but when found, the quality of a product can be checked on the website of the International Fish Oil Standards. The daily dosage depends on your severity of inflammation – from 2.5 g up to more than 10 g per day for neurological conditions. 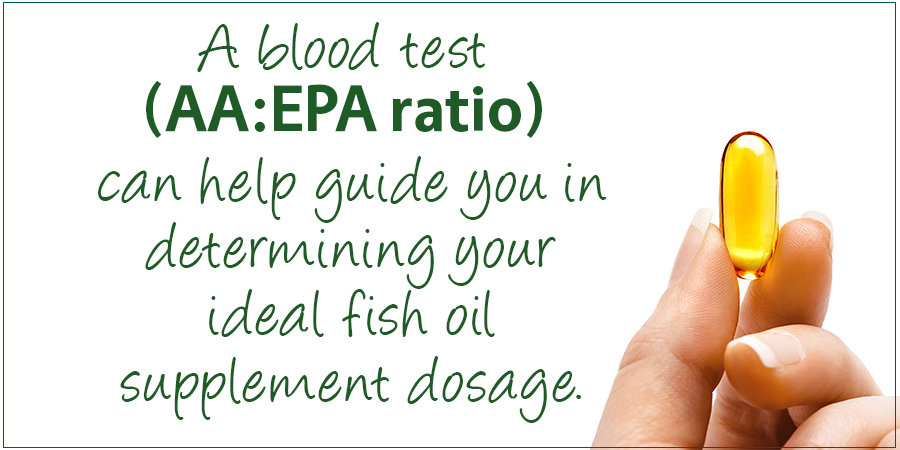 If you are vegetarian, flaxseed oil provides an alternative source of EPA to fish oil. The one problem with this is that the flax oil oxidises very quickly and must be fresh and kept in the fridge. The other problem is that the alpha-linolenic acid, contained in the flaxseed oil, may not be converted into EPA efficiently. Deficiencies of biotin, vitamins E, B12, B6, zinc and protein and alcohol consumption, all interfere with the action of the converting enzyme. Many of these are mainly obtained from animal sources.

Bromelain is an enzyme, which is a natural anti- inflammatory, found in pineapples. It can be taken in supplement form, but eating fresh pineapple may also be helpful.

Cetyl myristoleate (CMO) oil, found in fish and dairy butter, acts as a joint lubricant and an anti-inflammatory. It has been found to be highly effective in reversing arthritis and protects against calcification of joints.

Cayenne/capsaicin is a spice from dried hot peppers. It alleviates pain by depleting the body’s supply of substance P, a chemical component of nerve cells that transmits pain signals to the brain.

WHEN SHOULD ONE USE NSAIDs?

NSAIDs are powerful drugs, which unfortunately also have many unwanted side effects. The older generation, such as ibuprofen, diclofenic acid and aspirin, are non-selective in their blockage of the formation of inflammatory as well as protective prostaglandins. This results in gastric erosions, ac- celerated destruction of joint cartilage and other unpleasant side effects with long-term usage. The modern COX 2 selective blockers only block the formation of the inflammatory prostaglandins, and were hailed as a great breakthrough. Unfortunately, they have been found to increase the risk of fatal cardiac incidents and are being withdrawn from the market.

Thus, if used for short periods in acute situations such as trauma or inflammatory flare-ups, NSAIDs can be very useful as pain-relieving and anti-inflammatory agents. They should never be used long-term to treat chronic or silent inflammation.

Silent inflammation is an insidious cause of great morbidity and suffering. There are complex mechanisms and pathways to the formation of prostaglandins, which need to be kept in delicate balance. Inflammation needs to be dealt with proactively on all fronts, including diet, lifestyle and supplements, without causing more problems in the form of unwanted side effects.

1. Chandran B and Goel A. A randomized, pilot study to assess the efficacy and safety of curcumin in patients with active rheumatoid arthritis. Phytotherapy Research. 2012;26(11):1719-25. 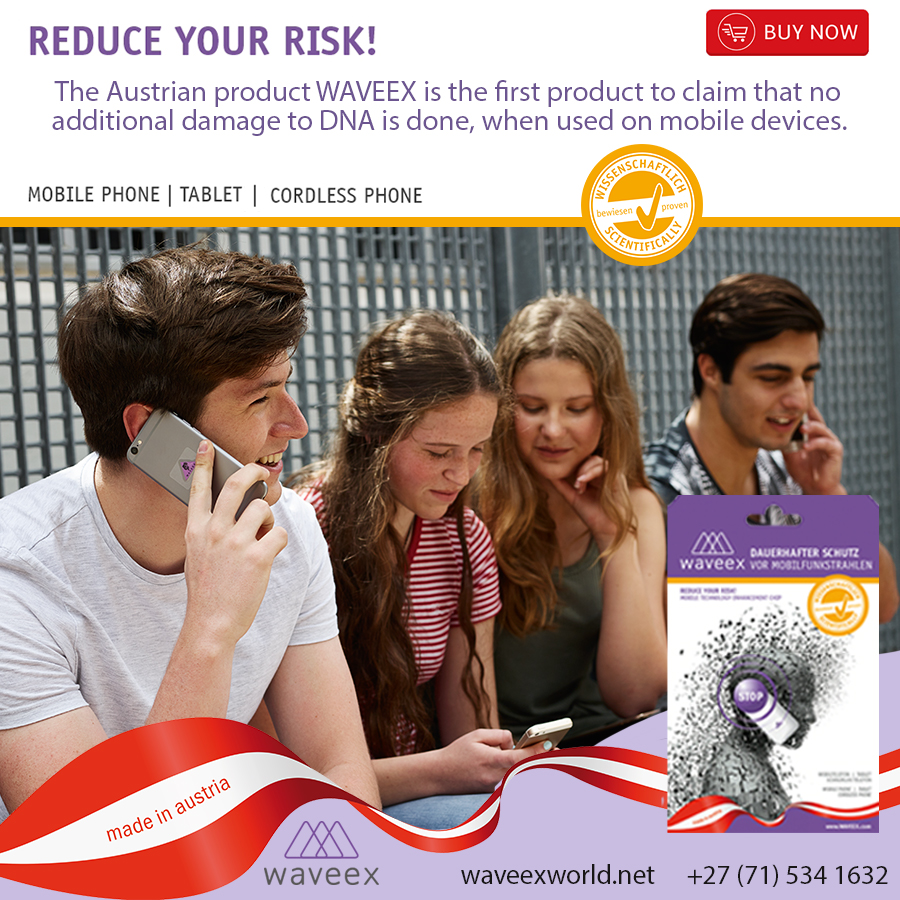