Is Non-Stick Making Us Sick? 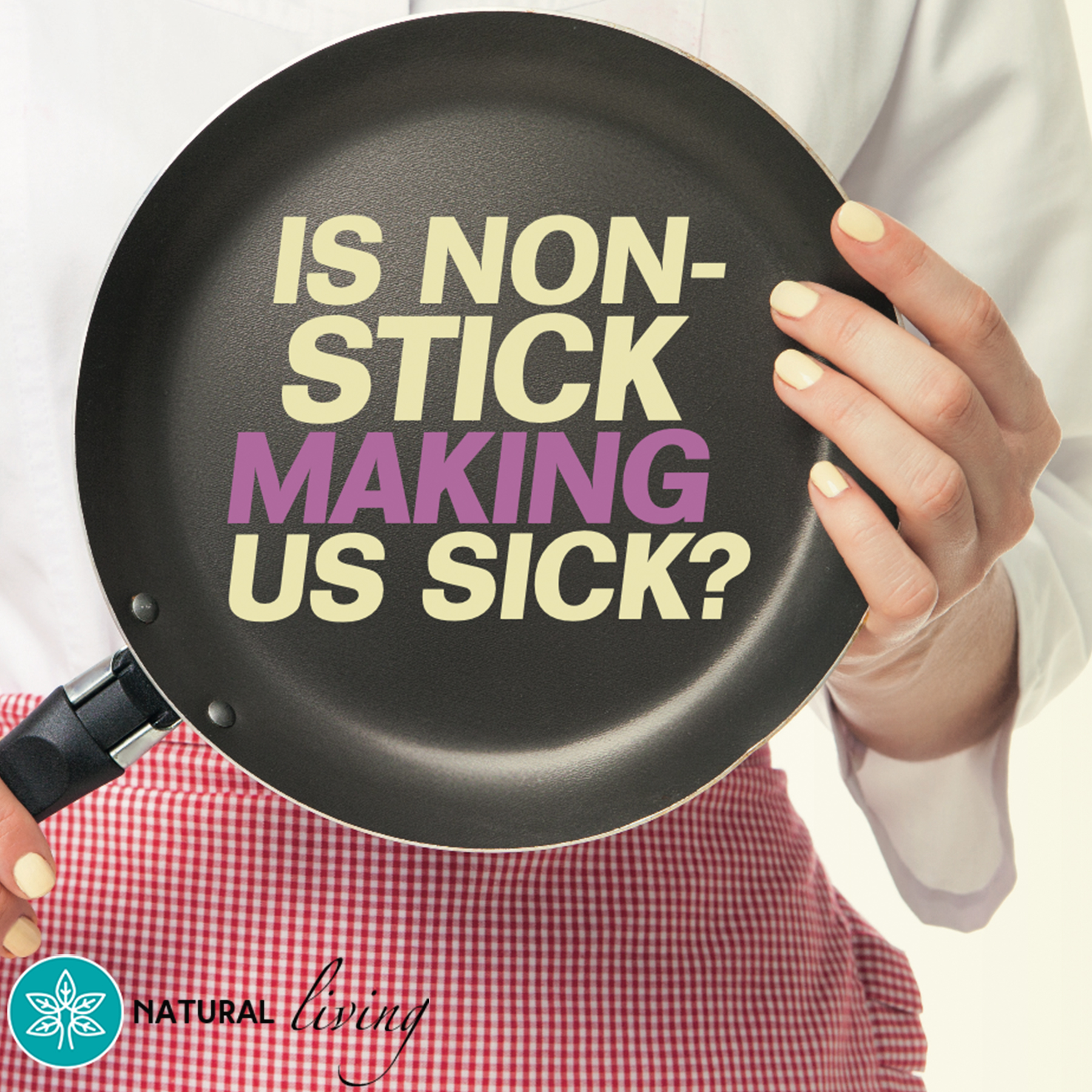 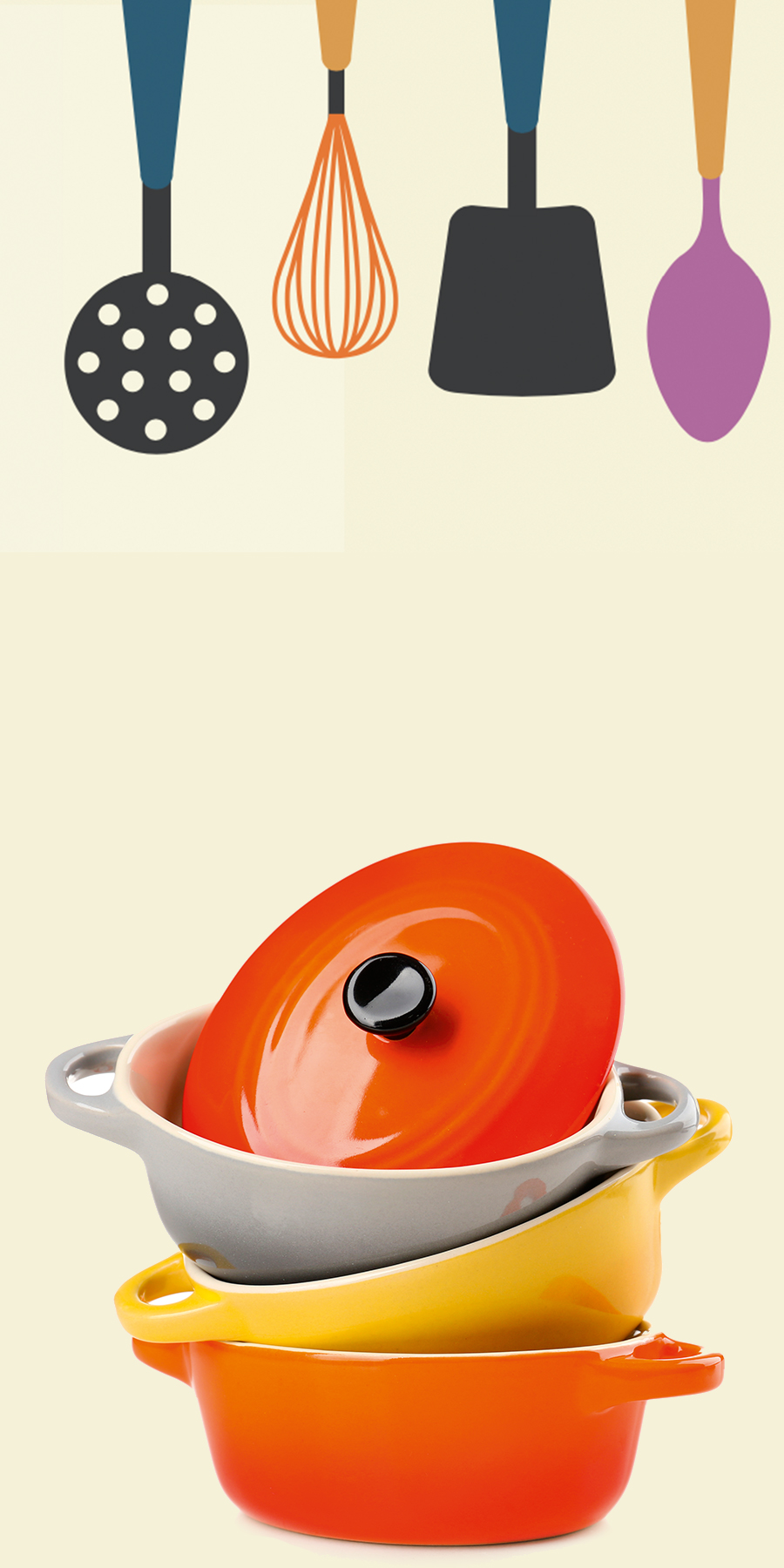 There has been a lot of controversy around the safety of non-stick pans and other cookware in recent years – with good reason. Be aware of what is used in the manufacture of your pots and pans so that you can prepare your family meals safely.

You may have taken steps towards eating more healthily lately, but have you ever thought about what you are using to cook your food in? People have started asking questions after the DuPont scandal and updated information tells us that we need to be cautious, because even though non-stick cookware can be used safely, there are still risks involved.

THE HISTORY BEHIND NON-STICK

The DuPont Chemical Company operated in Parkersburg, West Virginia until recently. The company used perfluorooctanoic acid (PFOA) for 50 years to make Teflon (the brand name for PTFE, a man-made chemical known as polytetrafluoroethylene) at the Washington Works plant in Parkersburg. DuPont knew of the dangers of PFOA from the start and dumped the chemical into a 66-acre plot used as a landfill for the plant. That landfill had a creek running through it and a high concentration of PFOA seeped into neighbouring land and the water table that supplied surrounding areas with drinking water. It is now more than 15 years later and DuPont currently has more than 3 500 court cases made against it by residents of West Virginia and Ohio. They all got sick from drinking water contaminated with PFOA. This chemical is used during the manufacture of Teflon to prevent the Teflon from clumping. Teflon (PTFE) and PFOA are two of the most persistent chemicals in the world, because they never break down. Teflon and a chemical mixture of perfluorochemicals (chemicals that consist of fluoride atoms) are most commonly used to create a non-stick coating on pots and pans.

WHAT IT MEANS TODAY

PFOA and related chemicals called perfluorinated compounds (PFCs) are still being used today in the manufacture of a variety of products, including non-stick cookware. PFOA has been found in the blood of every human that has ever been tested for it. It is also passed from mothers to their unborn children in the womb through the umbilical cord. PFCs are dangerous at low levels, so contact with them should be prevented by all people, especially pregnant and breastfeeding women. The American Cancer Society states that Teflon is not suspected of causing cancer, but PFOA is the culprit: ‘Other than the possible risk of flulike symptoms from breathing in fumes from an overheated Teflon-coated pan, there are no known risks to humans from using Teflon-coated cookware. While PFOA is used in making Teflon, it is not present (or is present in extremely small amounts) in Teflon-coated products.’1

In my opinion, the small amounts that are present create a risk that I am not willing to take. PFOA is linked to a range of health problems, including thyroid disease, infertility in women, organ damage, developmental and reproductive problems, birth defects and cancer. Ingestion of PTFE in its solid form is not reported to be toxic. However, residual PFOA in non-stick cookware is minimally transferred to food. Long-term exposure studies to PTFE fumes and PFOA have not been conducted yet, so we are still not aware of all the risks associated with it. Non-stick cookware is not the only thing that poses a threat. Below is a list ranking different types of cookware according to their safety.

Aluminium is a highly toxic metal and can leach into your food. An aluminium core covered by a safer material is safe to use as long as it doesn’t become damaged. Acidic foods will cause aluminium to leach into your food. Although there have been concerns that aluminium may be a risk factor for Alzheimer’s disease, there is no convincing evidence to date that it increases a person’s risk of developing the illness.2

Editors note: A study published in 2020, in the Journal of Alzheimer’s Disease (JAD) supports a growing body of research that links human exposure to aluminium with Alzheimer’s disease (AD). Researchers found significant amounts of aluminium content in brain tissue from donors with familial AD. The study also found a high degree of co-location with the amyloid-beta protein, which leads to early onset of the disease. Reference: https://www.iospress.nl/ios_news/human-exposure-to-aluminum-linked-to-familial-alzheimers-disease/

Teflon is relatively safe to use at low temperatures. When overheated above 350 oC, it releases toxic fumes into the air that may cause polymer fume fever. Typical cooking temperatures range from 130 oC to 280 oC, so although non-stick pans could produce these fumes, typical cooking practices will probably not generate a significant amount. Do not heat your pan excessively, unattended or without anything in it. It scratches easily and flakes can be mixed in with your food, causing you to ingest it. You can also be exposed to the metal used underneath if the Teflon is scratched off and that metal will most likely be aluminium. Wooden spatulas and spoons are the best non-stick companions.

FAIRLY SAFE TO USE

Stainless steel is a popular and affordable choice, but there are small concerns with it. Cooking acidic food in stainless steel can result in a small amount of chromium leaching into the food. Do not cook acidic dishes, like tomato soup, for long periods of time. Stainless steel that has been cleaned and scoured with a metallic pad may also leach a small amount of nickel when it is exposed to alkaline food.

Ceramic: Ceramic is safe to use as long as the glaze does not contain lead. It also looks beautiful in any kitchen.

Cast iron: Cast iron is considered to be the safest. If you learn how to season properly and you do not use abrasive soap when cleaning it, it becomes non-stick and adds iron to your diet.

Pyrex: Pyrex has the lowest rate of molecule transfer and is very safe. It can only be used in the oven and not on the stovetop.

There are many options available when choosing safe cookware. It is a matter of personal choice and consequence when it comes to deciding whether to continue using something that could potentially be harmful to your health. For me, the risks are something that I would like to avoid.

About the Author: Jasmari Ferreira

Jasmari Ferreira is the founder and director of Falcon and Wolf, an eco-friendly and slow fashion clothing company based in Cape Town. Her products are manufactured from hemp and organic cotton exclusively. She has a Bachelor of Consumer Science degree and is committed to educating consumers on their rights and the impact that their buying choices have on the environment.
Toggle Sliding Bar Area
Page load link
Go to Top