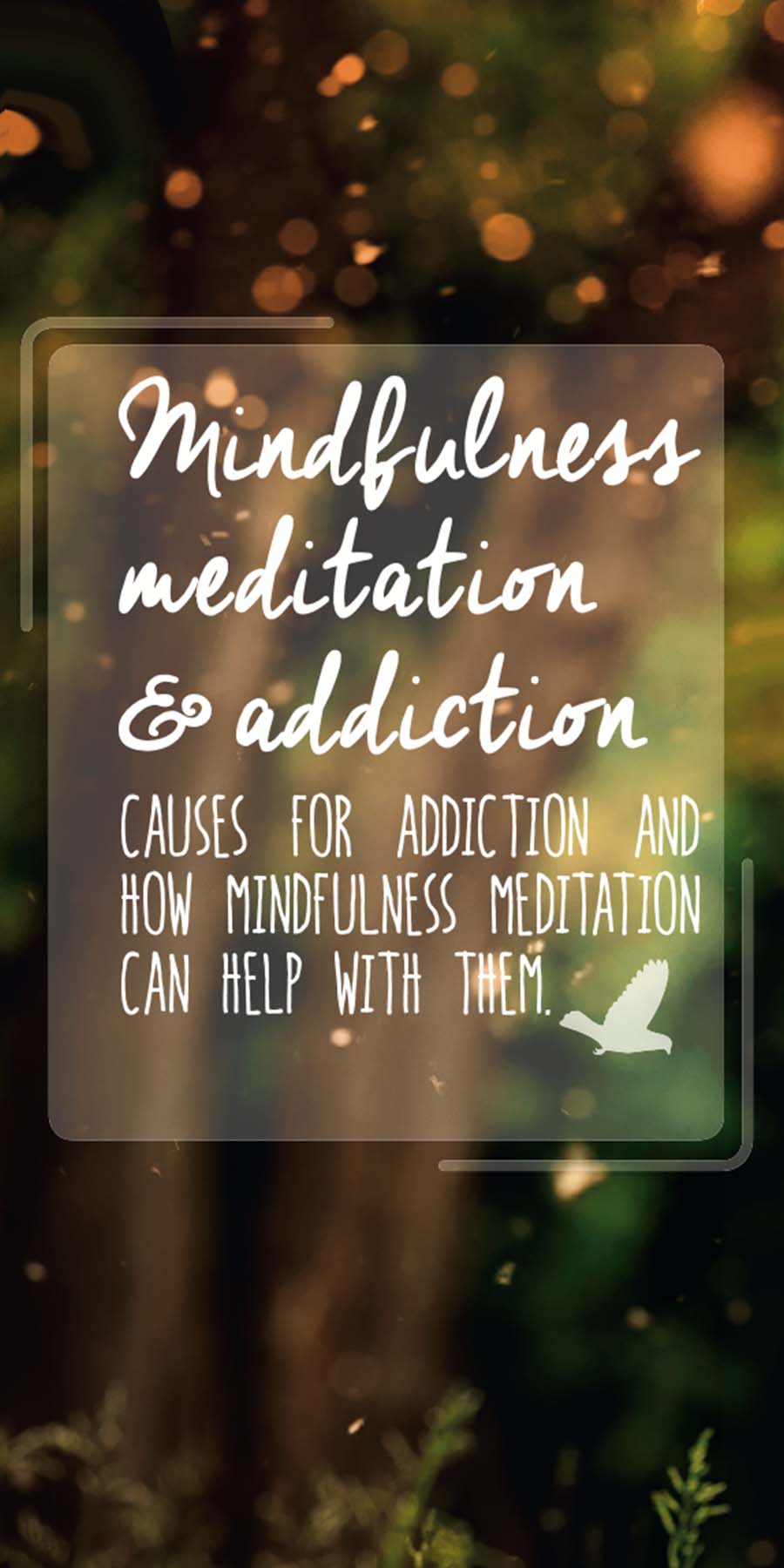 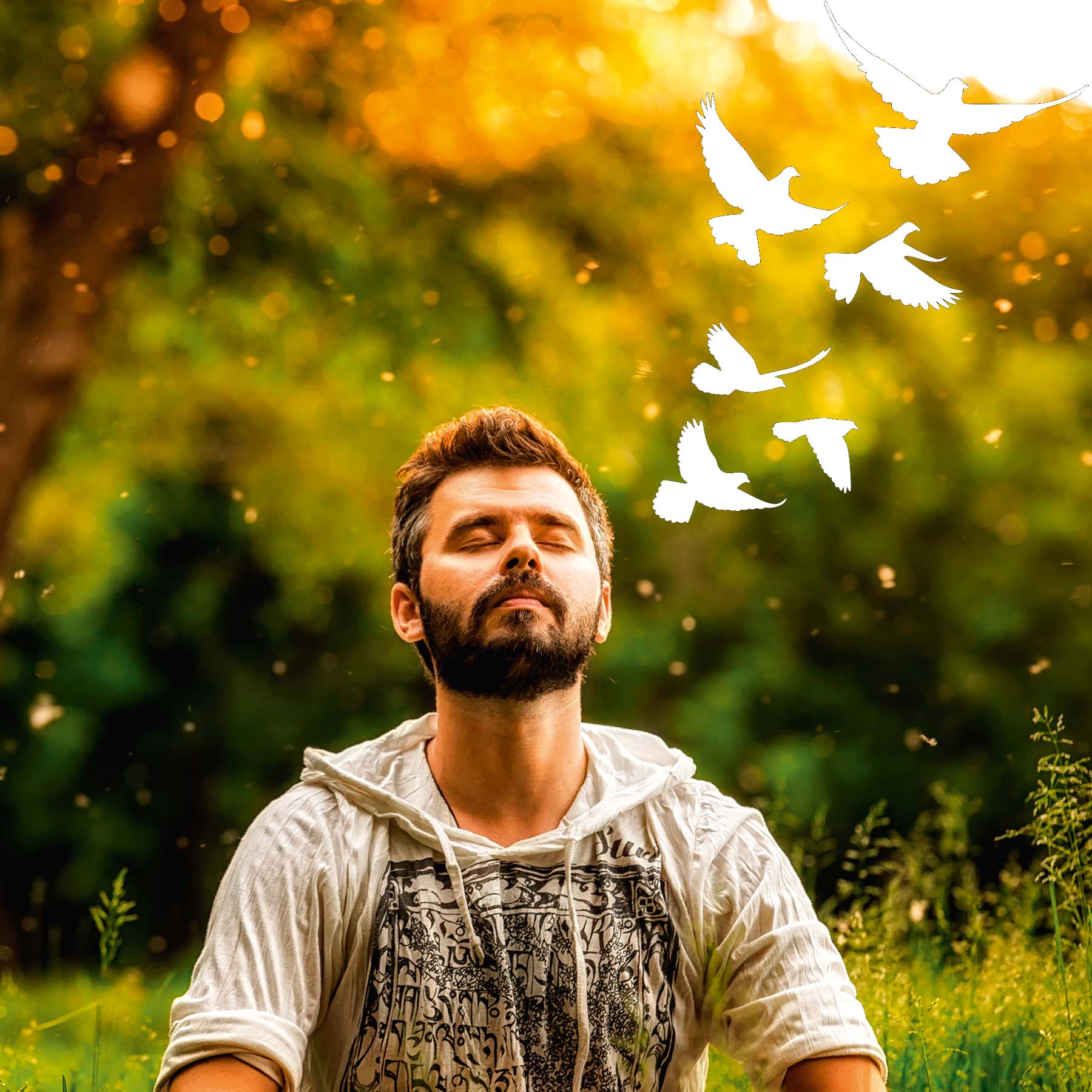 Mindfulness meditation can free us from the negative emotions that hold us prisoner, thereby helping us overcome addictions.

One of the first steps in dealing with addiction is to discover the emotional cause of it, whether it is fear, depression, anxiety, or pessimism. Many times these unwholesome thoughts and beliefs come from what I call the ‘wanting mind’.

In wanting mind we feel that our current state of unhappiness could be cured if only we could have the money, job, relationship, recognition, or power we had and lost, or never had and strongly desire. Often we cause ourselves suffering when we ache for something that lies out of our grasp or cling in vain to something that has already passed away. Sometimes, wanting mind involves tightly holding on to something negative: an unwholesome belief about how things ought to be or should have been, or an unwholesome emotion such as anger, sadness, or jealousy.

Mindfulness practice helps us develop the capacity to see clearly exactly what we’re attached to so that we can let go of it and end our suffering. The hidden areas of resistance that emerge into our awareness can be noted and examined later so that we can make the conscious choice to reject them.

You can never completely avoid the wanting mind or any other hindrance. Desire is part of being human. It causes us to strive toward bettering our lives and our world, and has led to many of the discoveries and inventions that have provided us with a higher quality of life. Yet despite all that we can achieve and possess, we can become convinced that we won’t be happy or contented unless we acquire even more. This unwholesome belief can lead to competitiveness and feeling resentful toward, or envious of, those who seem to have an easier life.

If I have a patient who is using drugs or even food to manipulate their moods I first refer them to a nutritionist; a psychiatrist or psychopharmacologist; or a holistic doctor, such as an integrative medical doctor, to break this habit. In addition to this I recommend mindfulness meditation, yoga practice, and regular exercise as they are all excellent to help mood regulation. These types of activities lower the levels of the stress hormone cortisol in your bloodstream, increase your interleukin levels (enhancing your immune system and providing you with greater energy), and streamline your body’s ability to cleanse itself of chemical toxins, such as lactic acid in your muscles and bloodstream, which can affect neurotransmitter receptors and alter your mood.1,2

THE REWARD OF MINDFULNESS MEDITATION

The challenge to altering addictions is the fear that you can’t change that which can push you into denial and cause you to minimize the consequences of your unproductive behaviors. Whatever you discover about yourself and however painful your discovery, dramatic breakthroughs are always possible. Research on mindfulness meditation indicates that qualities we once thought immutable that form temperament and character can actually be altered significantly. By retraining your mind through mindfulness practice, you create new neural networks. If you’re aggressive, you can find ways to temper that aspect of yourself, becoming assertive and clear about your boundaries without entering into a competitive and possibly even hostile mind-set that will sabotage you.

For many years, scientists believed that the brain’s plasticity, that is, its ability to create new structures and learn, was limited after childhood. However, new research shows that we can alter the structure of the brain and reap the benefits well into adulthood. Sara Lazar, a researcher at Massachusetts General Hospital, discovered that the more one practices mindfulness meditation, the thicker the brain becomes in the mid-prefrontal cortex and in the mid-insular region of the brain. Changing your mind (or thought processes) actually causes changes in the brain.³

Lazar found that, while people who’ve practiced meditation for 10 or 20 years are adept at quickly achieving a state of concentration and mindful awareness, newcomers who engage in mindfulness meditation for as little as four hours a week can achieve and sustain a state of mindfulness that leads to creative flow, or what I call ‘open-mind consciousness’. She discovered that even beginning meditators in their early twenties were able to achieve advanced states of concentration and insight (what I refer to as ‘mindstrength’) equal to that of senior meditation practitioners. Intention and attention of focus were the keys to reaching these states, not the number of hours spent on a meditation cushion.4 From my own experience and work, I know that regular mindfulness practice allows us to set aside distractions and enter the transformative state of open mind.

Mindfulness practice may positively affect the amount of activity in the amygdala, the walnut-sized area in the center of the brain responsible for regulating emotions.5 When the amygdala is relaxed, the parasympathetic nervous system engages to counteract the anxiety response. The heart rate lowers, breathing deepens and slows, and the body stops releasing cortisol and adrenaline into the bloodstream; these stress hormones provide us with quick energy in times of danger but have damaging effects on the body in the long term if they’re too prevalent. Over time, mindfulness meditation actually thickens the bilateral, prefrontal right-insular region of the brain,3 the area responsible for optimism and a sense of well-being, spaciousness, and possibility. This area is also associated with creativity and an increased sense of curiosity, as well as the ability to be reflective and observe how your mind works.

By building new neural connections among brain cells, we rewire the brain, and with each new neural connection, the brain is actually learning. It’s as if we’re adding more RAM to a computer, giving it more functionality. In The Mindful Brain, leading neuroscientist Daniel Siegel,6 defines the mind as ‘a process that regulates the flow of energy and information.’ His early brain research showed that ‘where neurons fire, they can rewire’;6 that is, they create new neural pathways or structures in the brain. He postulates that one of the benefits of mindfulness meditation practice is this process of creating new neural networks for self-observation, optimism, and well-being. Through mindfulness meditation, we light up and build up the left-prefrontal cortex, associated with optimism, self-observation, and compassion, allowing ourselves to cease being dominated by the right-prefrontal cortex, which is associated with fear, depression, anxiety, and pessimism. As a result, our self-awareness and mood stability increase as our harsh judgments of others and ourselves decrease.

By devoting attention, intention, and daily effort to being mindful, we learn to master the mind and open the doorway to the creativity available in open-mind consciousness.

It’s entirely possible that the same effects can be achieved through other practices that appear to open up new neural pathways, such as tai chi, yoga, and other forms of meditation, but thanks to researchers studying mindfulness meditation, we now know that we can actually remap the brain and affect the way it functions, as well as the way it influences the body.

About the Author: Dr Ronald Alexander

Dr Ronald Alexander is a mind/body psychotherapist, international trainer, and the Executive Director of the OpenMind Training Institute in Santa Monica, a leading edge organisation that offers personal and professional training programmes in mind-body therapies, transformational leadership, and mindfulness. He is the author of the widely acclaimed book Wise Mind, Open Mind that provides practical and innovative applications to help us through today’s challenging times.
Toggle Sliding Bar Area
Page load link
Go to Top