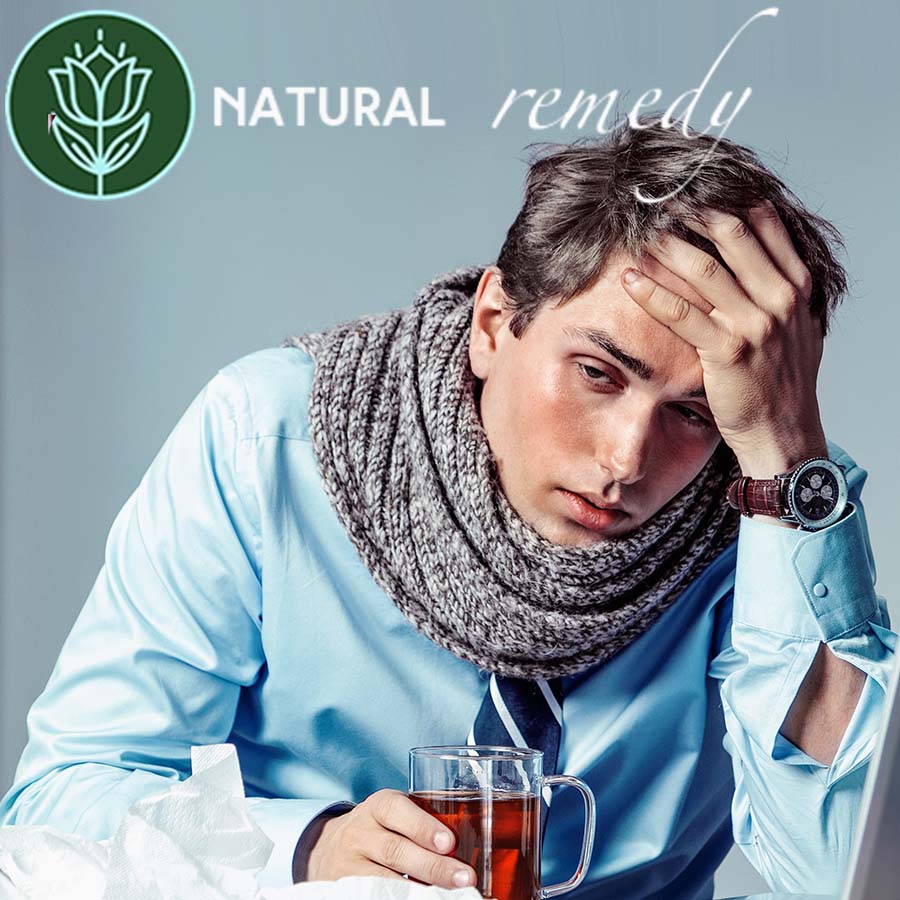 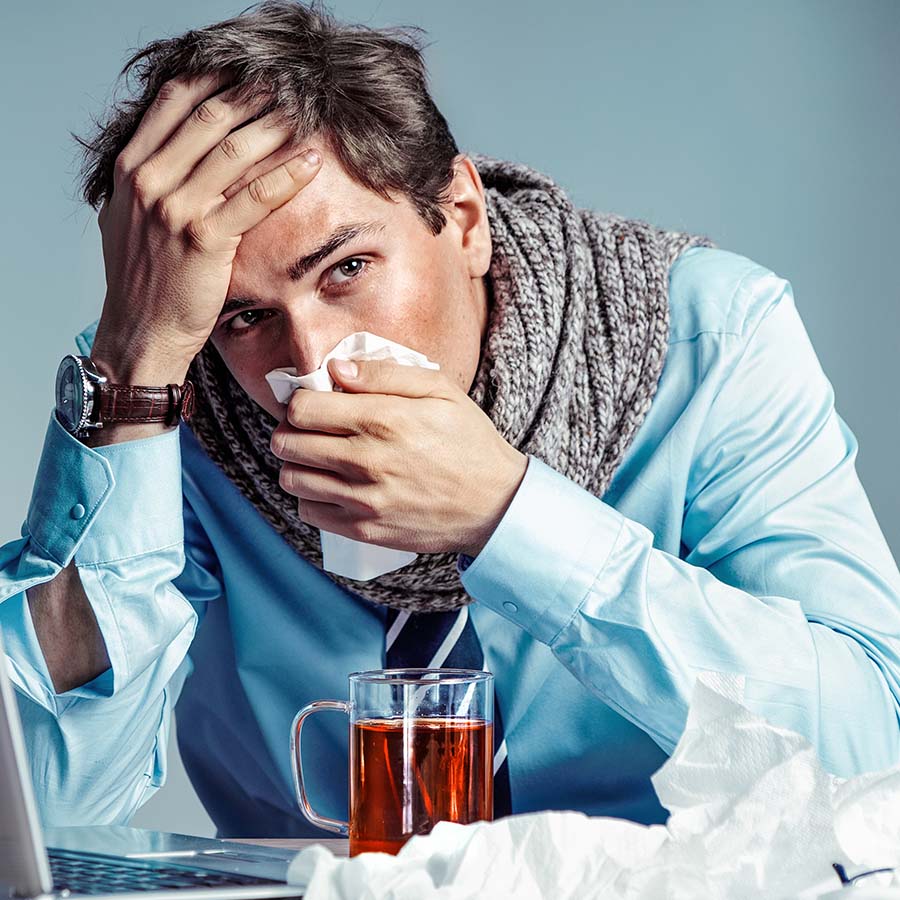 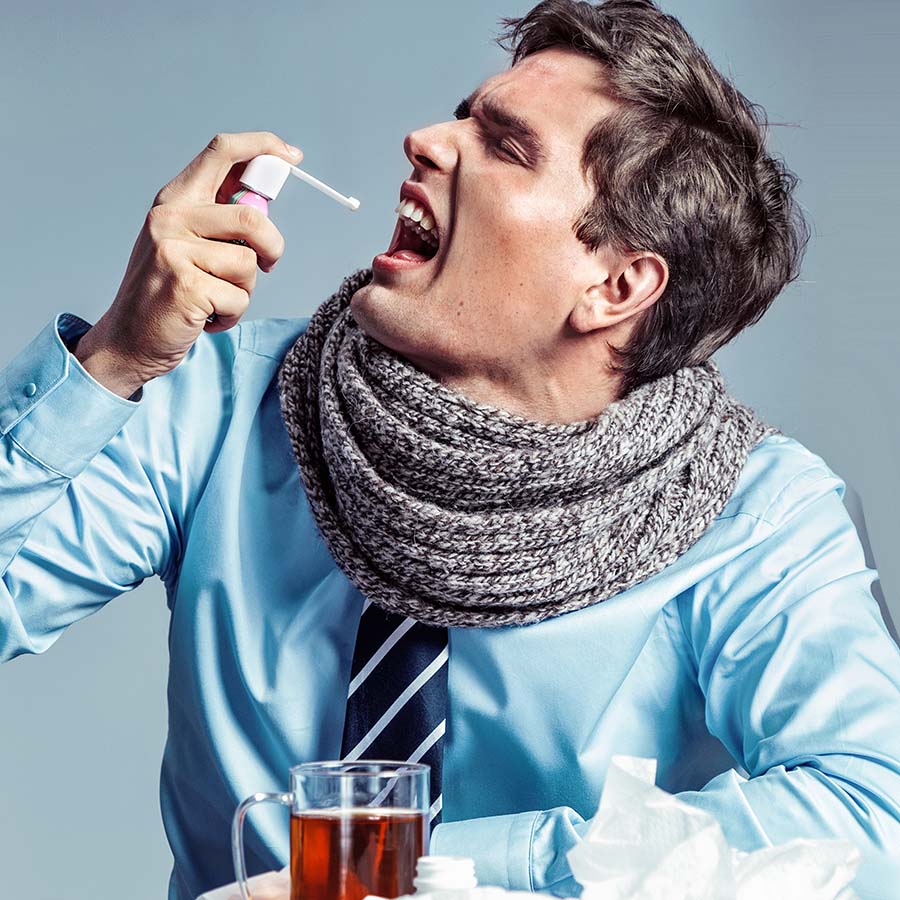 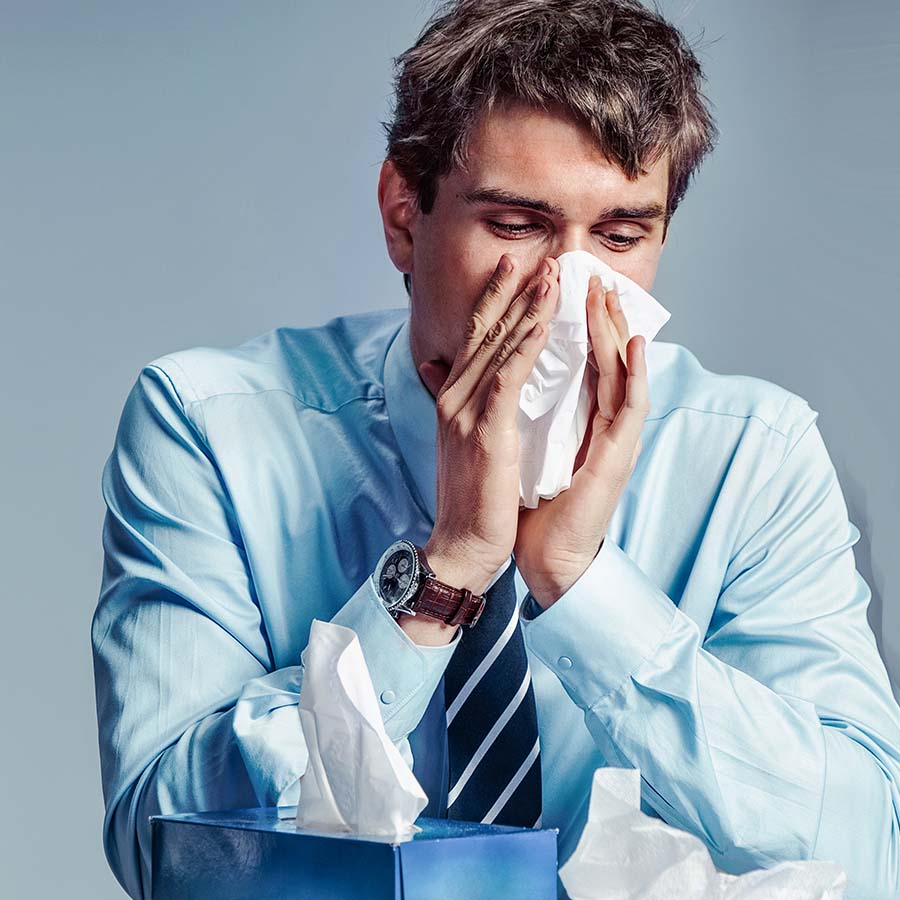 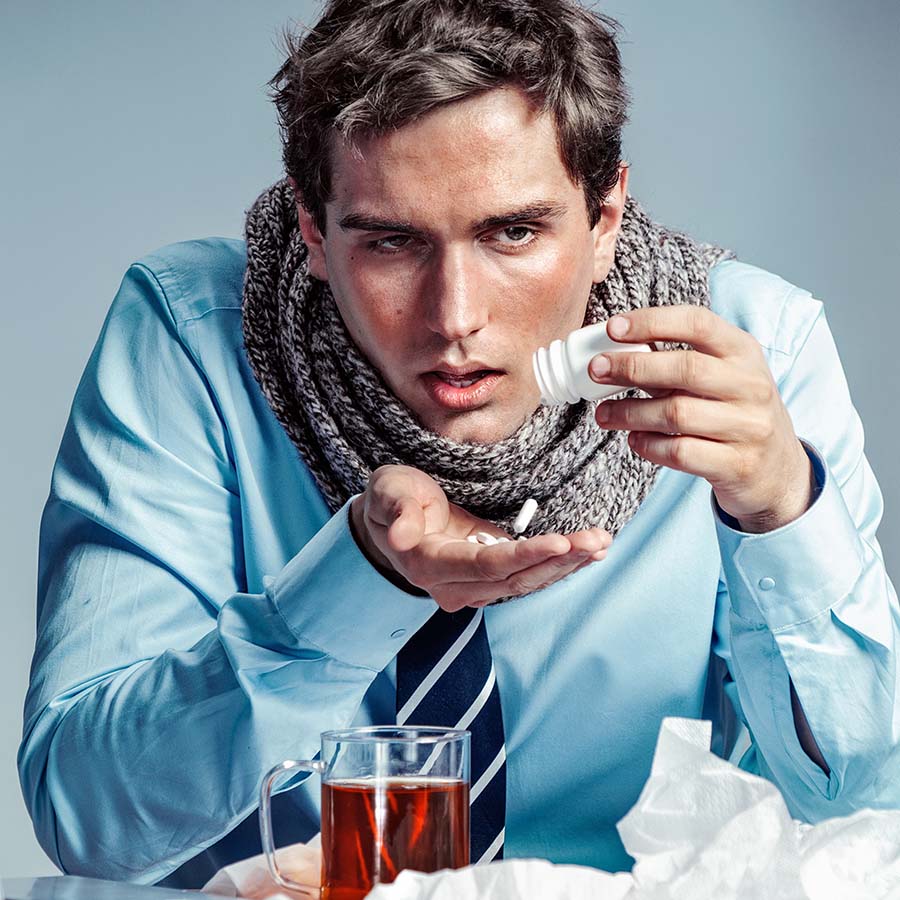 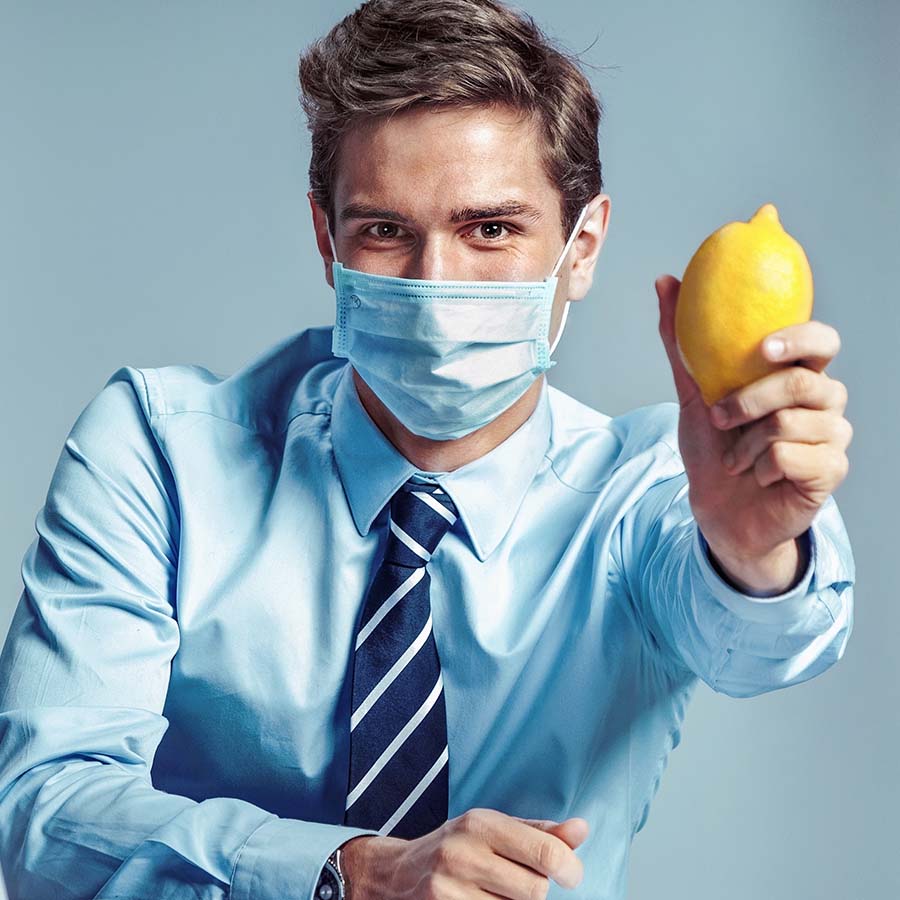 When you or your family are hit with the almost inevitable colds and flu, you don’t need to reach for that paracetamol straight away. Mother Nature’s medicine cabinet holds a host of different options to remedy your seasonal complaints. Herbs, spices, homeopathics and good nutrition are your first line of defence.

Naturopathic and herbal medicines have been used for aeons to treat many illnesses, including symptoms associated with colds and flu. Modern clinical research has shown several herbs to be powerful immune boosters and antimicrobial agents that provide safe and effective relief.

An example of a really simple sore throat remedy is gargling with warm salt water, or water with some added sodium bicarbonate. It is claimed that the ions released from these materials in the water create a basic atmosphere that can destroy bacteria and viruses such as those that cause sore throats. So gargle, gargle, spit…and voilà, relief!

Here are just some of the many herbs traditionally used to treat the symptoms of colds and flu.

Andrographis is a traditional Ayurvedic and herbal medicine which clinical studies have shown helps to relieve symptoms associated with colds, including cough, sore throat, earache, catarrh and nasal secretions, tiredness, sleeplessness, and headache. A research study published in the Journal of Phytotherapy Research showed andrographis to be even more effective than echinacea as an immune modulator, another herb well known for its ability to enhance immune function and respond to infection.1

Astragalus is well-known in Traditional Chinese Medicine for its immune-boosting activity. In addition it contains a fair amount of selenium, which also helps to boost immune health.

According to Flannery2 and many other authors, native Americans used Echinacea root as a cough medicine and for sore throat. In an article in Healthy Way Magazine, Kayla Campbell3 states: ‘One of the many benefits of taking Echinacea in viral infections is that it modulates the immune system to attack any invading virus rather than a specific one, making it effective even when viruses mutate. One of the problems of flu vaccinations is that they target a specific virus, often last year’s model, leaving the patient still vulnerable to the plethora of this year’s new, special offer viruses…’ Researchers report in the Herb, Spice and Medicinal Plant Digest that Echinacea root contains alkylamides, constituents which have been shown to be immune-enhancing in vivo (in the body).4 In a placebo-controlled trial in 1989 researchers1 showed that Echinacea root tincture given to healthy volunteers for five days increased the activity of granulocytes, which are part of the front line of immune defence. 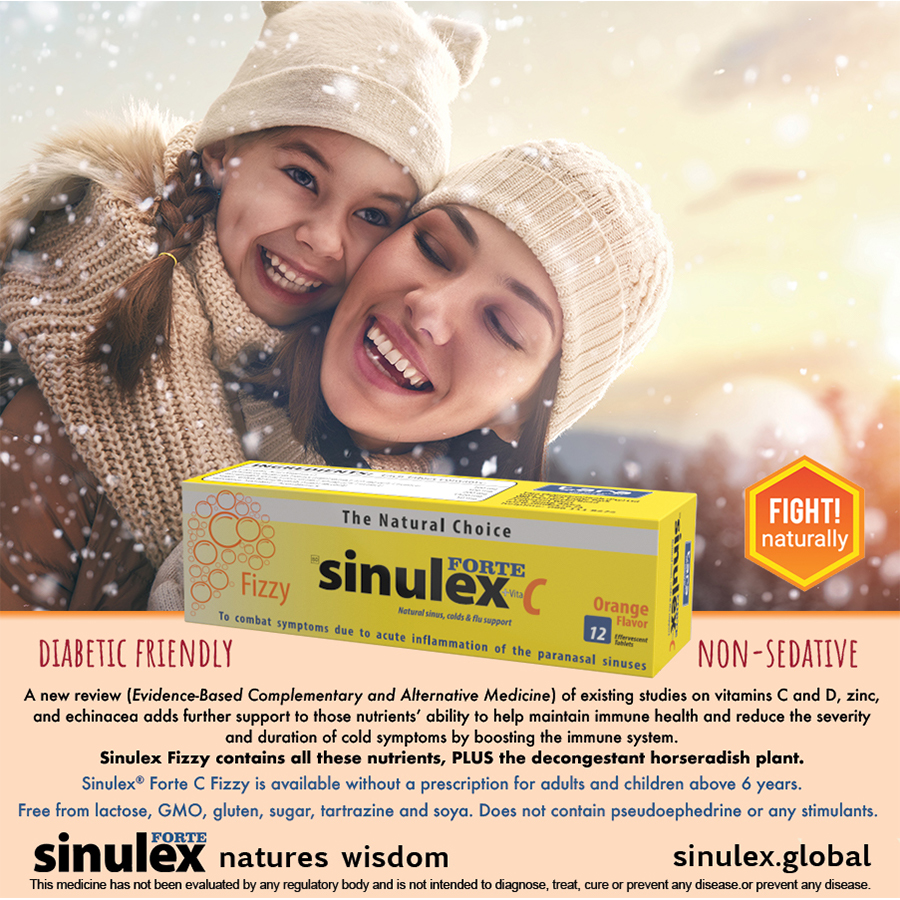 For colds accompanied by watery eyes, the British Herbal Pharmacopoeia indicates eyebright, which is also useful for nasal catarrh and sinusitis.

Golden rod is used in western herbal medicine for flu and concomitant symptoms such as postnasal drip, inflammation, sinus congestion and sinusitis, and allergic rhinitis.5,6

Golden seal root similarly has a wide range of uses in western traditional medicine including upper respiratory catarrh, according to the British Herbal Pharmacopoeia and the Compendium. According to the Eclectic Materia Medica, Pharmacology and Therapeutics, the eclectic physicians used this herb internally and topically for postnasal drip, coughs and nausea.

Liquorice has many wonderful properties that soothe sniffles and coughs, some of which are its expectorant, demulcent, anti-inflammatory and antispasmodic actions. The familiar taste is recognisable in many cough syrups.

Lobelia is a good all-round respiratory stimulant, antispasmodic and expectorant, which is particularly helpful for bronchitic conditions.

Peppermint is a very useful herb for colds and flu, owing to its decongestant, anti-inflammatory, antimicrobial, and analgesic properties. It is a good remedy for coughs and sore throats.

Myrrh is not just one of the gifts from the Magi, of biblical origin, it is also a great anticatarrhal, antimicrobial and expectorant relating to respiratory complaints. This marvellous resinous extract combines well with other balsamic oleoresins, like frankincense (Boswellia carteri), and is a pleasant-tasting antiseptic expectorant found in commercial cough and throat syrups. It is one of the components of the well-known Friar’s balsam that is traditionally used as an inhalant for colds.

A tincture of Plantago is very helpful for catarrh that congests the head, blocking the nose and the ears and making breathing and hearing difficult.

One of the pleasures of using herbal remedies is being able to pick them from your own garden. Other garden gems include:

Another spice that is a real gem is cayenne ‘pepper’ (Capsicum annuum), which is one of the oldest cultivated plants on earth. This is a wonderful anticatarrhal and antimicrobial spice, which is also sweat-inducing. In Mexico, cayenne is used as a traditional home remedy for acute colds, catarrh, sore throats and earache. Since it is an excellent circulatory stimulant it can also be used for winter chilblains (on unbroken skin).

If your home remedies don’t do the trick, health professionals qualified in herbal medicine can make up potent synergistic formulations of herbs with actions that can complement each other.

FROM THE HERB GARDEN

Parsley, lemon balm, sage and thyme also have excellent medicinal properties for treating winter ailments. If you’re all bunged up, sage helps to dry up mucus while thyme helps to liquefy stubborn mucus. Both are also very good antiseptics and make a delicious healing tea that can be served with a little honey and lemon if needed. A combination of thyme and ivy is an old favourite for mucus and coughs. Other home-grown winter wonders that can be cultivated in most South African gardens are hyssop (Hyssopus officinalis), which has expectorant properties for relieving bronchitis, and yarrow (Achillea millefolium) for lowering fevers. A standard infusion is generally three to six teaspoons of fresh herb, or one to two teaspoons of dried herb, which can be taken at a rate of 250 ml three times a day. 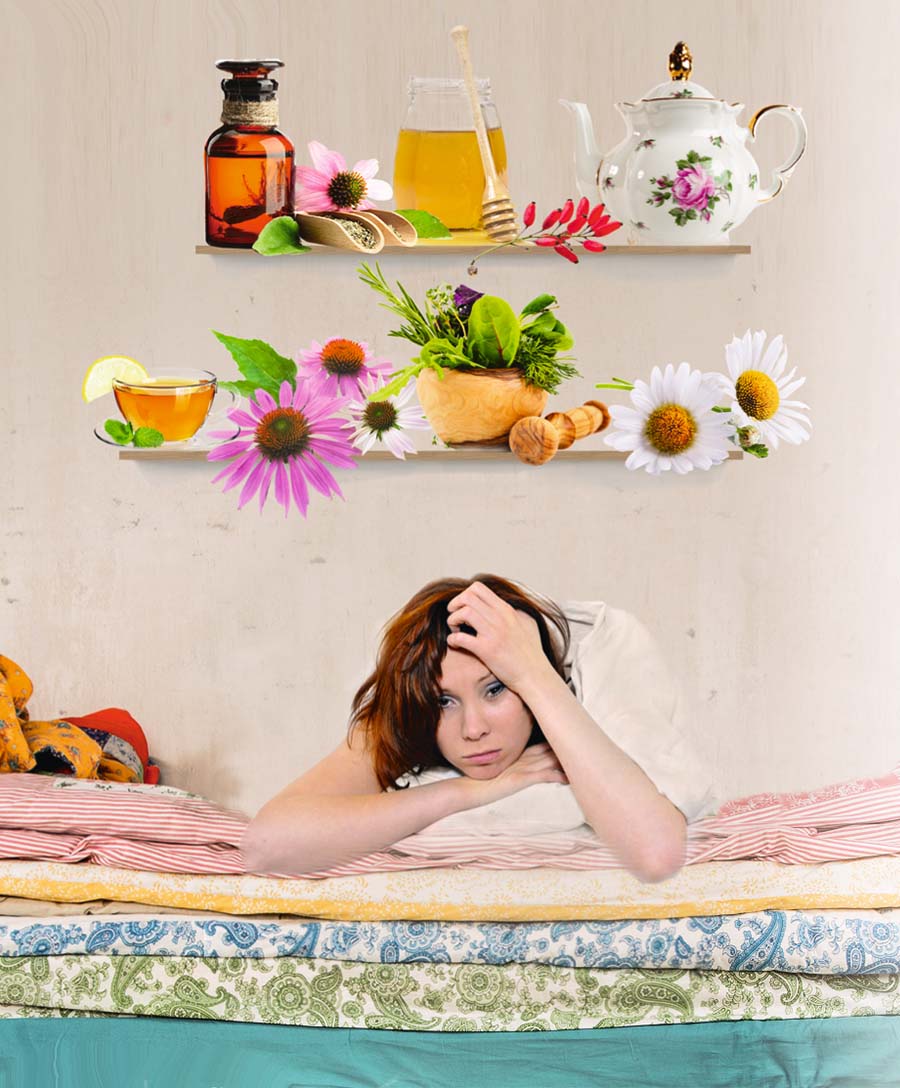 Self-medicating with single (simplex) remedies can be analogous to detective work. There are however combination (complex) remedies that are effective for common ailments, even though this is not the preferred ‘classical’ homeopathic approach. Complexes are helpful if you cannot determine or find the correct simplex remedy for a disorder, such as a cold. Oscillococcinum is possibly one of the best-known complexes for this purpose, which effectively prevents and treats symptoms of colds and flu such as fever, chills, and body aches. Pentagen, made by Natura, is also a good complex for halting and treating upper respiratory tract infections. For more specific treatment consult a qualified, registered homeopath.

Vitamin C, along with other antioxidant vitamins and minerals (vitamins A and E, zinc and selenium), is a good old standby too – and don’t forget lots of raw garlic to keep colds and vampires at bay! Fresh produce that is rich in betacarotenes and bioflavonoids help the body produce vitamin A. Betacarotenes are typically highest in yellow and orange fruit or vegetables. Bioflavonoids are concentrated in red, blue and purple fruits and berries. Rosehip and hibiscus tea is also a good source of bioflavonoids, not to mention delicious! 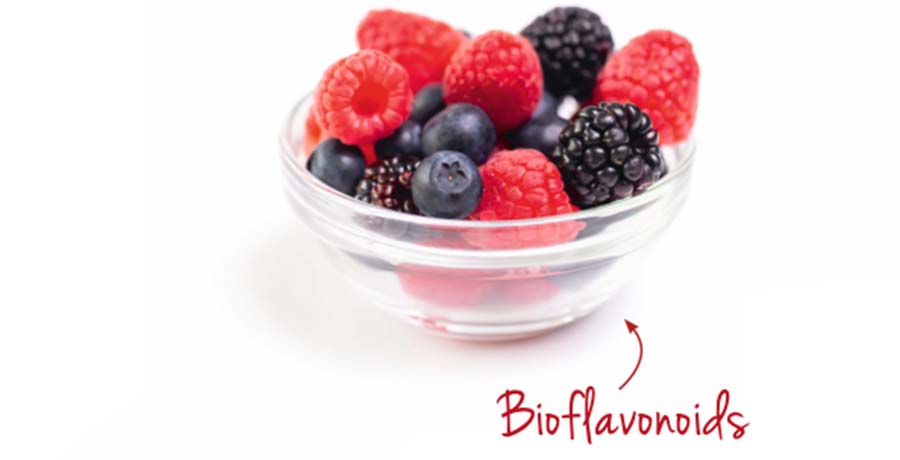 Avoid mucus-forming foods such as dairy, wheat, sugar, bananas and junk food, and fill up instead on fresh fruit and vegetables. Drink lots of pure water and herbal teas to keep you well-hydrated and equipped to meet winter head-on.

And as the days grow cold, don’t underestimate the enormous nutritional value of humble soups – hearty veg or good ol’ chicken soup, which are still hard to beat when it comes to relieving colds!

Mother Nature has blessed us with a veritable cornucopia of remedies to ease winter woes. However, it is up to each individual to decide which of these wonders to pursue. Use them with mindfulness, knowledge and respect, as there is inimitable primordial power inherent in each and every one of them. Use them wisely and use them well.

She is a naturopath with a special interest in aromatic and integrative medicine, and is dual-registered with the Allied Health Professions Council of South Africa (AHPCSA). Sandi serves as editorial board member and/or consultant for various national and international publications, and is in private practice in Pinelands, Cape Town. She can be contacted via email:  info@drsandinye.com
Toggle Sliding Bar Area
Go to Top