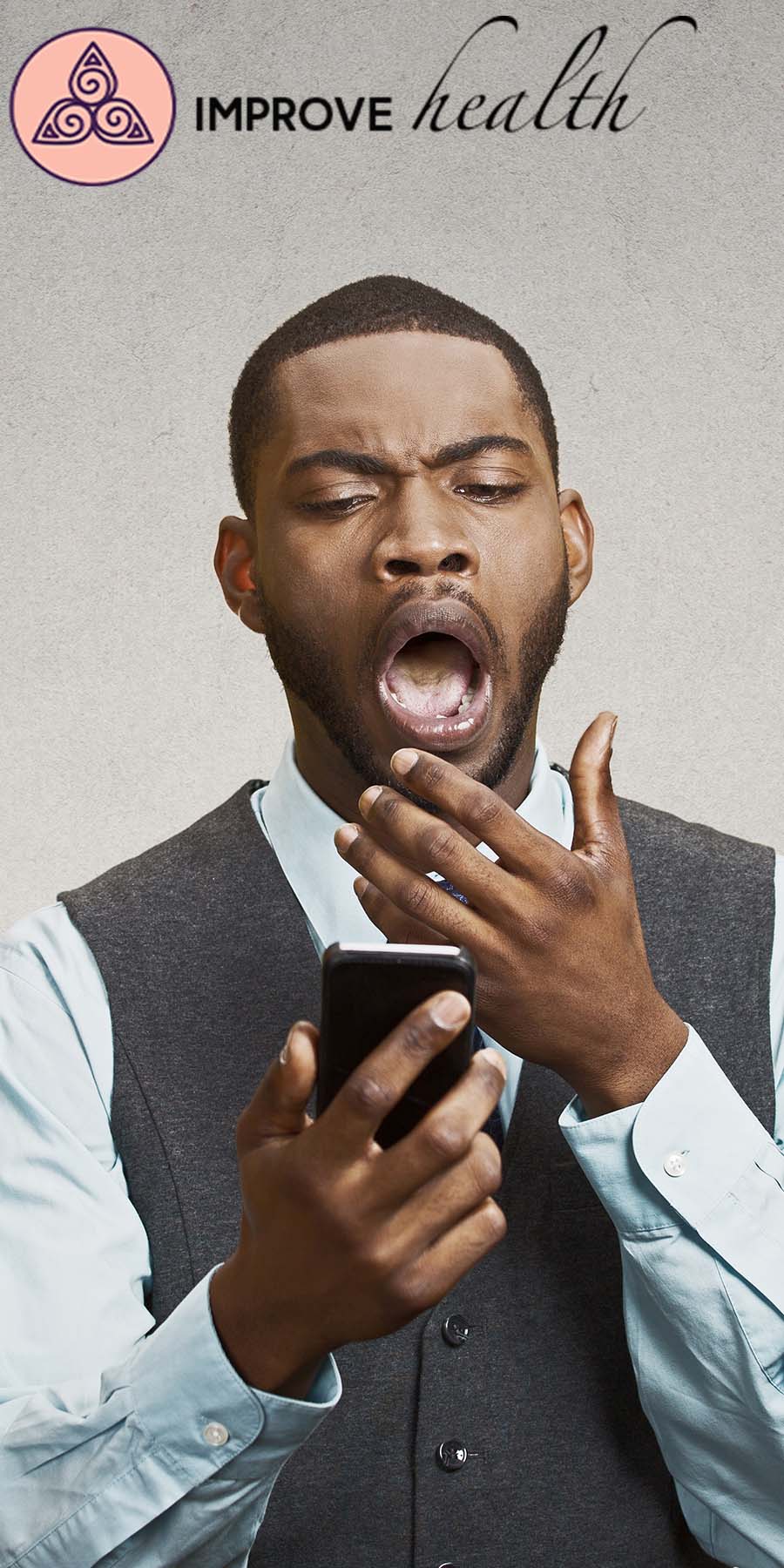 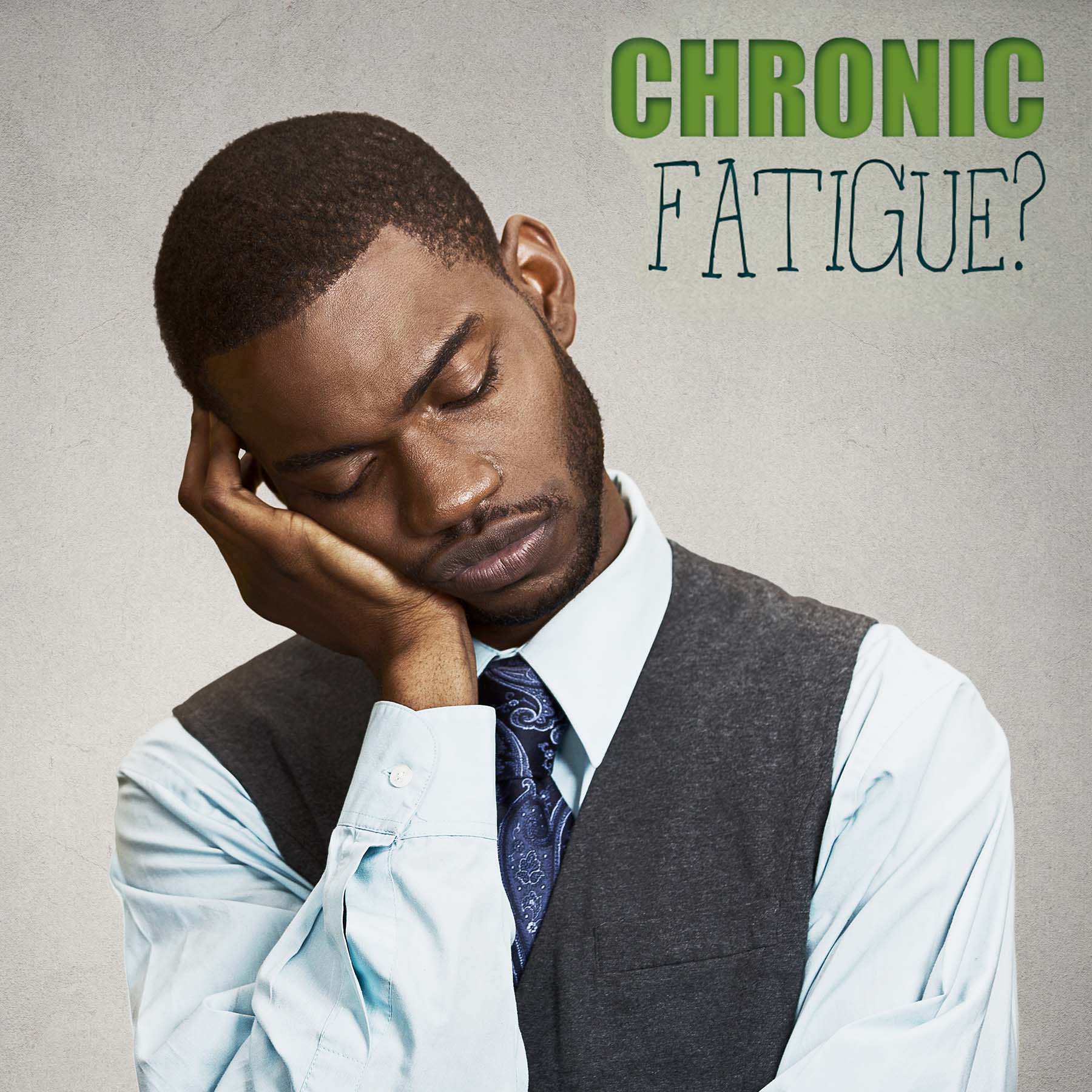 Chronic fatigue syndrome can be triggered by a combination of factors leaving you feeling so drained that all areas of your life are affected. Once the causes have been identified, however, natural solutions are available to put that spring back in your step.

There are many potential causes for feeling tired for much of the time. These include nutritional deficiencies (for example, a lack of B-vitamins), blood sugar problems and adrenal fatigue as a consequence of prolonged stress. All these potential contributors should be explored and corrected. True chronic fatigue syndrome (CFS) is something different. People with CFS often talk about becoming exhausted after eating, rather than energised, and after exercise or any mildly strenuous activity. This is often due to liver detoxification issues (explained below).

The most common cause of general fatigue is blood sugar problems, or a lack of nutrients, especially the B-vitamins and vitamin C, which are vital for converting food into energy. If you experience pronounced energy dips when you haven’t eaten, and you crave sweet foods, it is particularly important to start following a low-GL diet and to supplement a good-quality, high-potency multivitamin-mineral, with extra vitamin C.

Another condition associated with blood sugar problems is adrenal fatigue, which is often linked to the overuse of stimulants. Reducing your stress levels is also an important step in combating fatigue.

A nutritional therapist can check for adrenal fatigue by running a stress hormone test that measures levels of adrenal hormones in saliva over a 24-hour period.

Another common cause of CFS is an underactive thyroid gland, which produces the hormone thyroxine – vital for keeping good energy levels. The classic symptoms are fatigue, low sex drive, low body temperature, weight gain, poor memory, dry skin and constipation. Your thyroid function can be tested by your doctor.

Many CFS sufferers complain digestion-related problems, such as bloating, indigestion and abdominal pain. Often CFS relates to poor liver detoxification (see below), but such problems usually start in the gut, which is the barrier between your food and your bloodstream. The epithelial cells that make up your digestive tract form a barrier that is less than half the thickness of a piece of paper. This barrier is easily damaged by alcohol, food allergens and antibiotics, but most of all by painkillers, of which the average person takes 373 a year!

As a consequence, incompletely digested food particles can cross the barrier. When this happens, the immune system reacts, resulting in the development of a food intolerance or allergy. If your CFS comes and goes, or improves when you are eating a very different diet, perhaps on holiday abroad, it may be that you have developed hidden food allergies or intolerances. This is something worth checking for.

In the meantime, it is worth supplementing with a combination of digestive enzymes, which help to break down your food completely, plus beneficial bacteria to reinoculate the gut, and glutamine, which helps to repair and rejuvenate healthy epithelial cells in the gut wall, thus reducing your allergic potential.

Increased intestinal permeability, also known as ‘leaky gut syndrome’, can be tested by drinking a test substance and collecting a urine sample. A nutritional therapist can arrange this for you. The more permeable the intestinal wall, the more work the liver has to do in detoxifying the blood. The remedy for leaky gut syndrome is to remove food allergens and to supplement glutamine, taken as a powder, one to two teaspoons (4 to 8g) a day in cold water on an empty stomach.

Another common cause of CFS and digestive problems is an overgrowth of the Candida albicans yeast, known as candidiasis.

Poor liver detoxification is a common cause of fatigue, because the liver has to break down and dispose of the by-products, or the ‘exhaust fumes’, of our normal metabolism, as well as any other toxic substances we consume. You can get a good indication of your detox potential from your ‘detox’ score when you complete the detox check below.

Some people with CFS are ‘pathological detoxifiers’. This means that the first phase of liver detoxification works very well, but the second phase doesn’t. For these people, taking lots of anti-oxidants – which largely drive the first phase – can make matters worse. Feeling worse after taking supplements can be a sign of liver detoxification problems, and a sign that it’s worth having a liver detoxification test, which a nutritional therapist can also arrange. This involves ingesting a mixture of substances, and collecting a urine sample. By analysing what is excreted it is possible to identify which biochemical pathways are functioning properly, and which ones aren’t.

The second phase of liver detoxification depends on four main processes. One is called glycine conjugation, another glutathione conjugation. These amino acids are attached to toxins (conjugation means attachment) and escorted out of the body. If they aren’t working, a nutritional therapist will give you either glycine or glutathione (or N-acetyl cysteine [NAC], its precursor) to get the pathway working again.

Another critical process is called sulphation, and the highly absorbable form of sulphur, methylsulfonylmethane (MSM), helps in these cases. There is then glucoronidation, a detoxification process occurring in the liver whereby commonly prescribed drugs are effectively detoxified. And finally there is methylation. If a person is poor at methylation (described further on), their homocysteine level is high. Homocysteine is a toxic amino acid that can directly damage the arteries and heart. 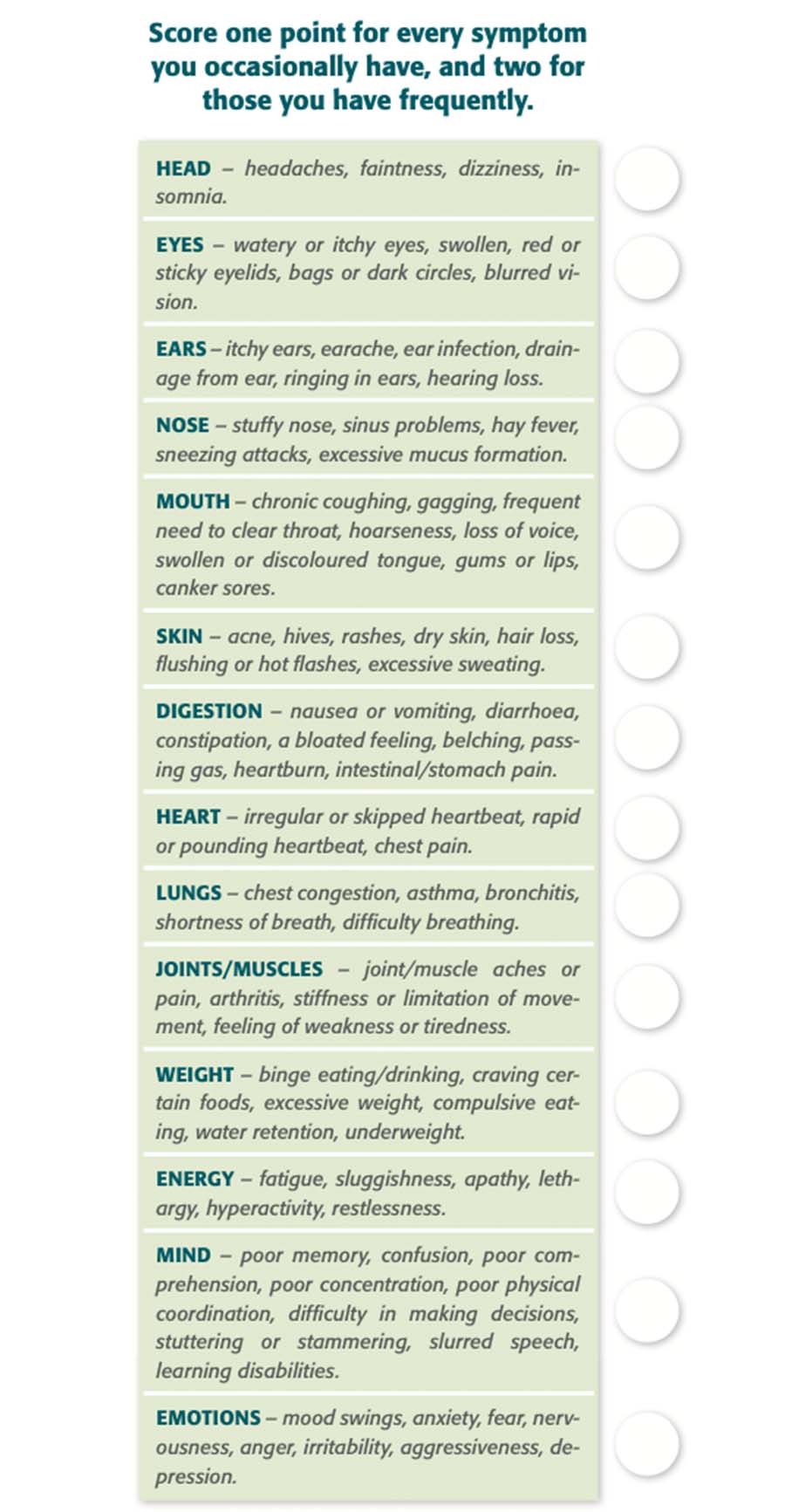 There are about a billion methylation reactions in your body every few seconds, and they are vital for mental and physical energy, and dependent on a host of nutrients, mainly the B-vitamins; for example, your ability to make stress hormones or insulin depends on methylation. Without sufficient adrenalin or functioning insulin your energy goes down. Faulty methylation is therefore another common cause of chronic fatigue. You can test your methylation potential with a blood homocysteine test, either tested at a lab (a health-care practitioner can arrange this) or using a home test. If your level is high, you’ll be given a combination of homocysteine-lowering nutrients. One not uncommon cause of raised homocysteine is vitamin B12 deficiency, often as a result of malabsorption of that vitamin. This is more common later in life, but some people are just very bad absorbers of B12 and only start to feel better when given very large supplemental amounts, or B12 injections.

To pursue if the basic recommendations above don’t improve your energy: 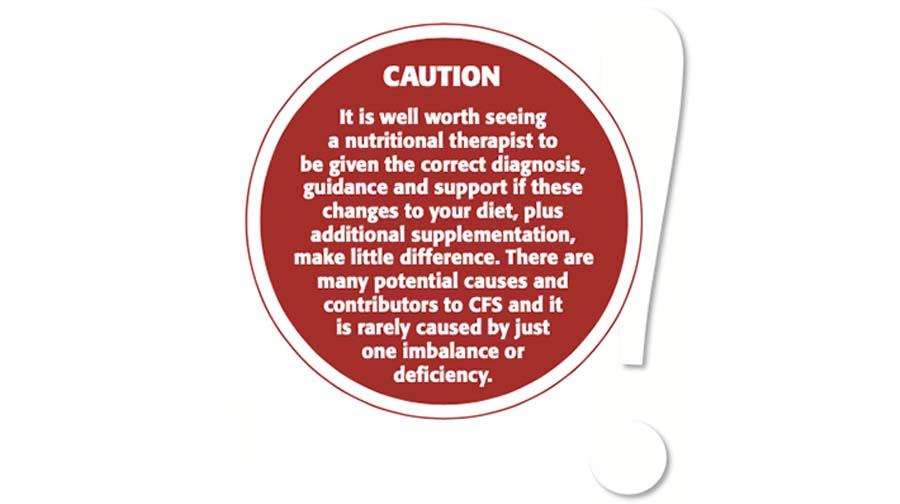 Editor’s note: For more on detox, see the articles Detox with the Docs and Detoxifying Health Techniques by Aimee Hughes. For a comprehensive feature on the liver, read the article by Dr Michael Tierra: The Liver through the eyes of Traditional Chinese Medicine 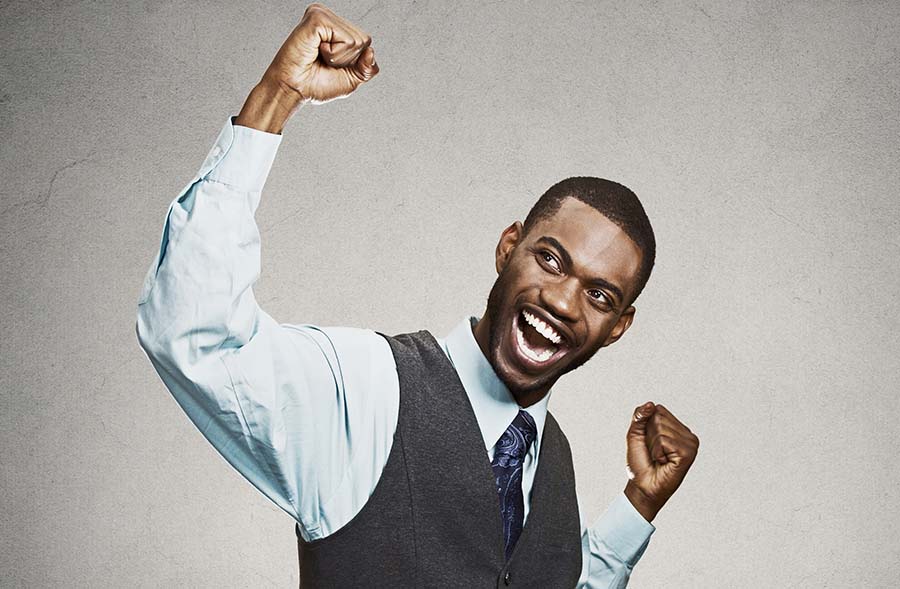 About the Author: Patrick Holford

Patrick Holford, together with his team, carried out Britain’s biggest-ever health and diet survey, the 100% Health Survey, which has now been completed by over 60 000 people. His book, The 10 Secrets of 100% Healthy People, portrays the fascinating insights provided by the survey and his 30 years study of good health and how to achieve it.
Toggle Sliding Bar Area
Page load link
Go to Top