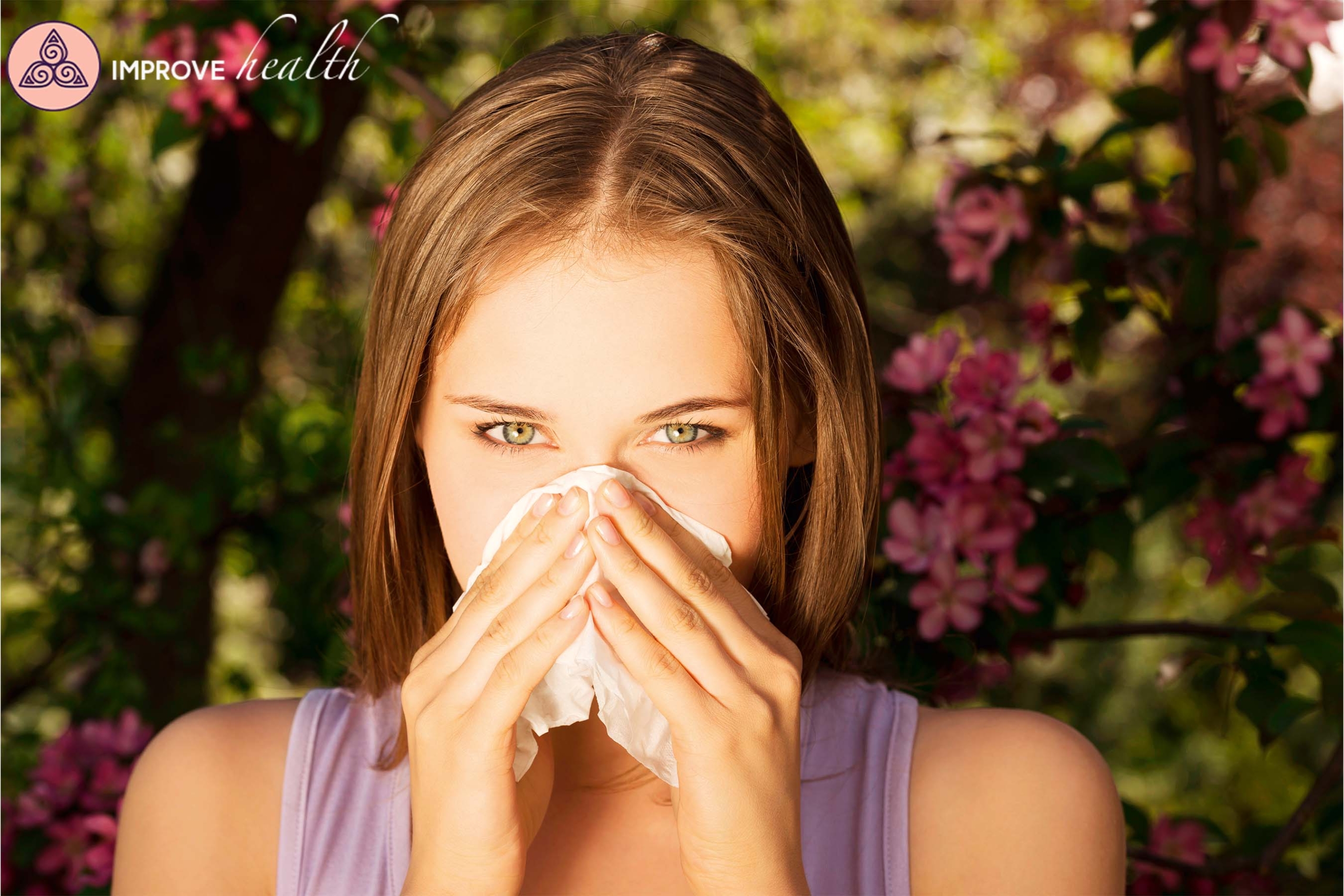 Sinusitis can seriously affect overall enjoyment of life, and in some cases even the ability to function well on a day-to-day basis. A healthy, natural approach to its treatment includes physiotherapy and lifestyle considerations.

Sinusitis is inflammation of the lining of the sinuses, caused by a viral or bacterial infection, allergic reactions, or an obstruction. The sinuses are small, air-filled cavities behind the cheekbones and forehead, which are lined with a mucous membrane similar to the lining in the nose. Retention of secretions in these cavities causes pain and inflammation. Inadequate drainage can also result in congestion, rhinitis, toothache, headaches, difficulty in sleeping, a sore throat, earache and postnasal drip. Acute sinusitis symptoms usually last less than 12 weeks, and the cause is generally a viral infection. If sinusitis lasts more than 12 weeks a computed tomography scan is often recommended. When sinusitis is chronic, the inflammatory mucosal thickening often persists despite treatment with antibiotics.

The initial symptom of sinus infection is a discharge of green or yellow mucus from the nose. Headaches, facial pain, a feeling of pressure or a constant dull ache over the affected sinuses can develop. Middle-ear problems resulting from congestion of the nasal passages can cause dizziness, a heavy head with a feeling of pressure, or a vibrating sensation in the head. Both acute and chronic rhinosinusitis cause a stuffy nose and a general feeling of fullness and discomfort over the entire face. 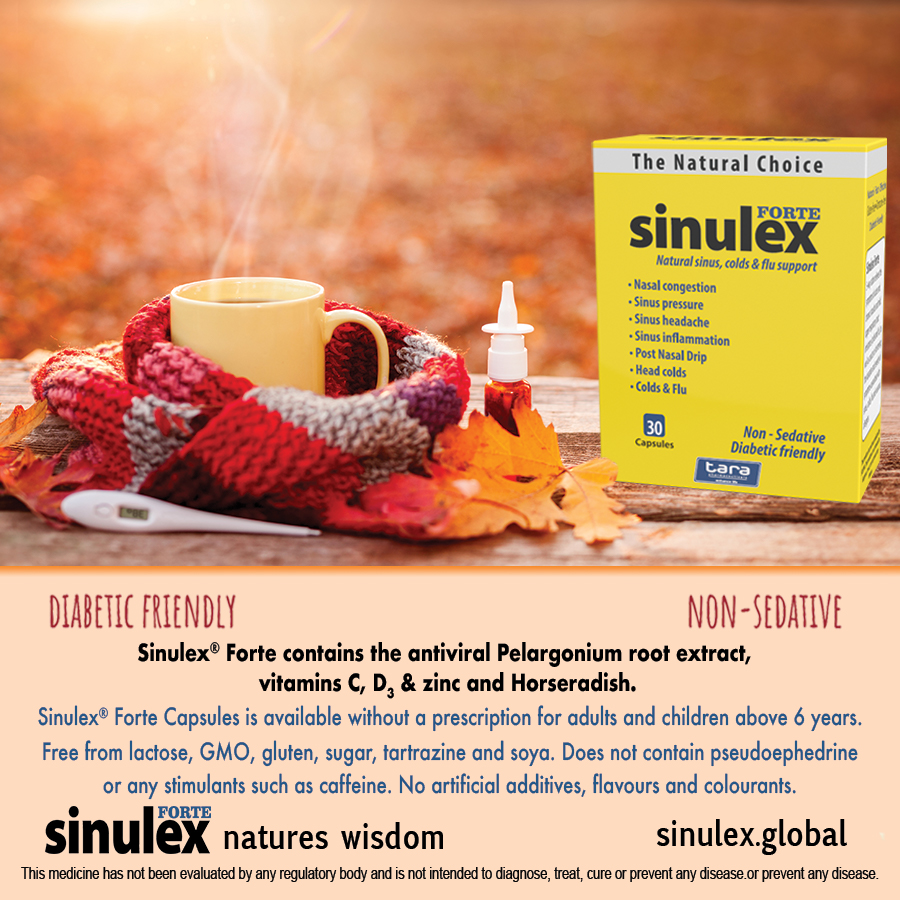 The goal of the physiotherapist is to treat the sinusitis in the early stages of inflammation to avoid progression and improve tissue swelling, poor drainage of mucus and pain as quickly as possible. A course of treatments is recommended, running for at least four sessions before the full impact of treatment is felt. Each session consists of a combination of the following:

Ultrasound works by transporting mechanical energy through local vibration of tissue particles.1 It has two primary benefits: speeding up the healing process by increasing blood flow to the infected area, and decreasing pain by relieving pressure and reducing swelling. Ultrasound is an inexpensive treatment without the potential complications of drugs and surgery. It can be used for both acute and chronic sinusitis.

Laser treatment works instantly, destroying micro-organisms with light activation. It is an effective and non-invasive mode of treatment for uncomplicated cases of sinusitis2 and also has biostimulative, anti-inflammatory and analgesic effects.3 It reduces swelling and inflammation while simultaneously acting on infective and allergic factors.

The second cervical vertebra supplies the sinuses with nerves. Irritation of the nerve roots may promote congestion that will increase secretion of mucus and create an environment in which bacteria will thrive. Adjustments to the vertebrae C1 and C3 have had very good short-term results, with noticeable draining and reduction of pressure, especially if the sinusitis is associated with severe headaches.

Pressure of the thumbs over the sinuses has had positive results. The pressure is gradually increased and released in a gentle rhythmic motion over the frontal and maxillary sinuses. This should be repeated in several cycles. Your physiotherapist will show you where to find the pressure points yourself.

A good follow-up home programme is essential for keeping the sinuses healthy.

With a 600-year history, this is a stimulating expectorant and pain reliever for sinusitis. Add one teaspoon of Friar’s Balsam to 500 ml boiled water in a container, then use a paper cone to direct the vapour to the nose, or use the old-fashioned towel over the head.

Inhale the vapour slowly and deeply through the nose, and then exhale slowly through the mouth. Do this for five minutes three times a day for three consecutive days when you have acute painful sinusitis.

Soak a facecloth in hot water, then wring it out – it should be damp but not dripping. Place the cloth over the nose and eyes for three minutes. Repeat this three times in all, twice a day. You can sprinkle a few drops of eucalyptus oil on the facecloth. The damp cloth will also help to moisten the mucous membranes in the nose.

Modern indoor living can adversely affect sinusitis.4 Household mould, dust mites and animal dander will make it worse. Dusting your house with a damp cloth soaked in a vinegar/water solution will help keep dust mites at bay. Avoid irritants such as perfume, cigarette smoke and certain chemicals such as household cleaning materials and natural gas used for home cooking.

Diet. Avoid mucus-forming flour products, fried and processed foods, sugar and dairy products – they all increase secretions. Do not eat very cold products like ice cream. Drink plenty of pure water to keep the mucous membranes hydrated. One of the major functions of the body is to achieve a fluid balance, i.e. to make sure that the amount of water excreted does not exceed the amount of water taken in. When you have a cold or acute or chronic sinusitis, a more than an average amount of fluid is lost and mucus tends to thicken. So drink large amounts of hot liquids such as home-made chicken soup and herbal teas. Chicken soup inhibits the migration of inflammatory white blood cells and lessens the inflammatory effect of rhinoviruses.5

Nose spray. Use a natural anti-inflammatory and antiviral nasal spray to treat nasal congestion, rhinitis, and both chronic and acute sinusitis. Natural, non-habit forming nose sprays can also be used to help alleviate symptoms during weaning off from corticosteroid nasal sprays.

Saline sprays, sometimes also known as ocean sprays, also provide symptom relief to sufferers of sinusitis. Saline sprays, if used properly, can both reduce thickened mucus in the nose and assist in the removal of infectious agents such as mould, fungi and bacteria. Saline sprays can be used up to six times per day, although it is always a good idea to consult your doctor before you try any remedy, as each person’s situation is different.

Although sinusitis is common, there is a lot that we do not know about it – for example, why it becomes chronic in some people and may develop into a virtually disabling condition with a major impact on quality of life. We do know that a factor contributing to inflammation in the sinuses is one of the most frequent things we humans do – breathing. For that reason sinusitis is not easy to prevent! Fortunately, however, there are precautions you can take to reduce or avoid negative environmental influences. Viruses are more likely to cause infections in people who are under stress, for example, so it’s important to reduce stress in your life. Viruses can also be passed from one person to another through coughing or sneezing, so regular hand washing is important – and when you cough or sneeze, do it into a tissue.

The bacterial infection that often follows a viral infection can result from pollution which interferes with the ability of the mucous membranes to clear mucus. So make a particular effort to keep kitchen, bathroom and bedroom areas clean and dry, inspect your house for moulds, and make sure that air-conditioning vents in your home and office are inspected and cleaned frequently.

Take care of your nose, and avoid forceful blowing. Don’t blow both nostrils at the same time – instead, block one nostril and gently blow one side at a time. And consult your physiotherapist if your sinuses are painful. The sooner you start to deal with blocked drainage, the better!

Dr. Frances le Roux is a registered physiotherapist, researcher and writer. She is currently busy with a research project on Music, Aging Brain, Exercises and Neuroplasticity. She has a special interest in Music/Medicine, based on her previous research on music, immune systems and spiritual well-being. She’s a member of the International Music in Medicine Association and on the Editorial Board of Music and Medicine Interdisciplinary Journal. She has published three books: Music is Healing, Music and Babies, and Music and Natural Medicine. Her new book “Son en Suurlemoene” (Music and the journey of chemotherapy) will be published in Sept 2022. Her website is https://www.fhleroux.co.za/
Toggle Sliding Bar Area
Page load link
Go to Top