It has been confirmed that Metagenics has acquired Nutri Advanced. Nutri Advanced, headquartered in Whaley Bridge in the UK, and Metagenics have had a long-standing partnership for many years, which includes product development, information sharing and exclusive distribution of Metagenics products in the UK and Ireland. 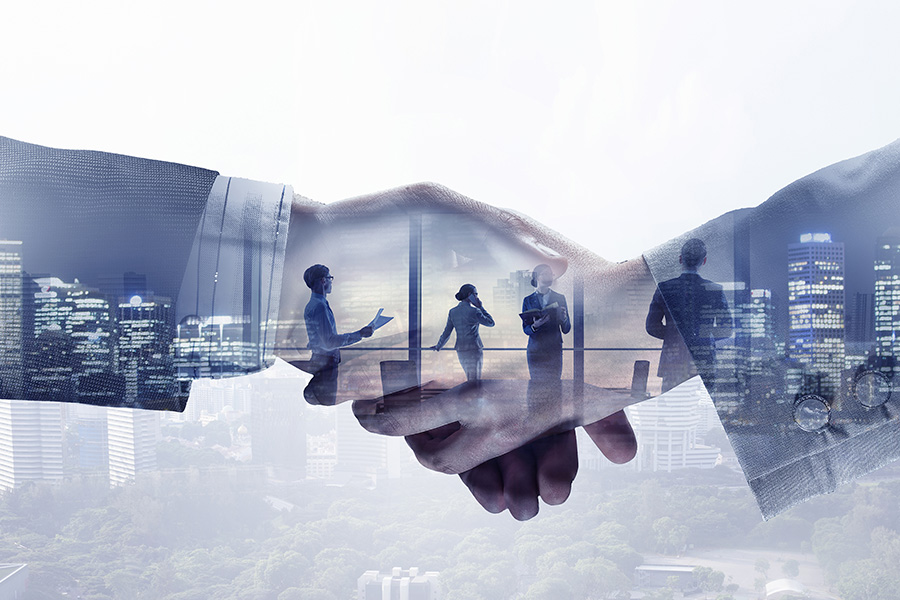 The Neem tree (Azadirachta indica) is indigenous to India. Neem cream or oil made with the extract from the tree’s leaves is a potentially useful remedy for all sorts of skin disorders including acne, dandruff, eczema, shingles, rosacea (a red acne-like benign condition), shingles and, yes, psoriasis.

Massage the cream or oil (mix 1 tablespoon of Neem oil with 120 ml carrier oil such as jojoba or grape seed oil) twice a day into the affected skin. Should skin irritation occur, discontinue use, or make mixture with less Neem oil. Be patient with the treatment as it may take a few weeks before the condition clears satisfactorily. To prevent any recurrence of the problem, apply one or two drops to the pre-affected areas each day.

In addition to its therapeutic properties, Neem hair lotion returns lustre to dry hair, especially in pregnant and breastfeeding moms.

3. Secrets of the sea

Did you know that seawater is nearly identical to human plasma and contains millions of ions that have the potential to help re-mineralise and replenish human cells? Marine organisms like seaweeds or sea vegetables, krill, fish and mud, capture and absorb the nutrients of their surrounding environment – which is why soaking in a seaweed bath, one of the core practices of thalassotherapy, is thought to yield immense therapeutic value. For instance, algae can feed trace elements back into the skin.
More than 30 000 varieties of seaweeds, ranging in various shades of brown, red and green, reside in the world’s oceans. 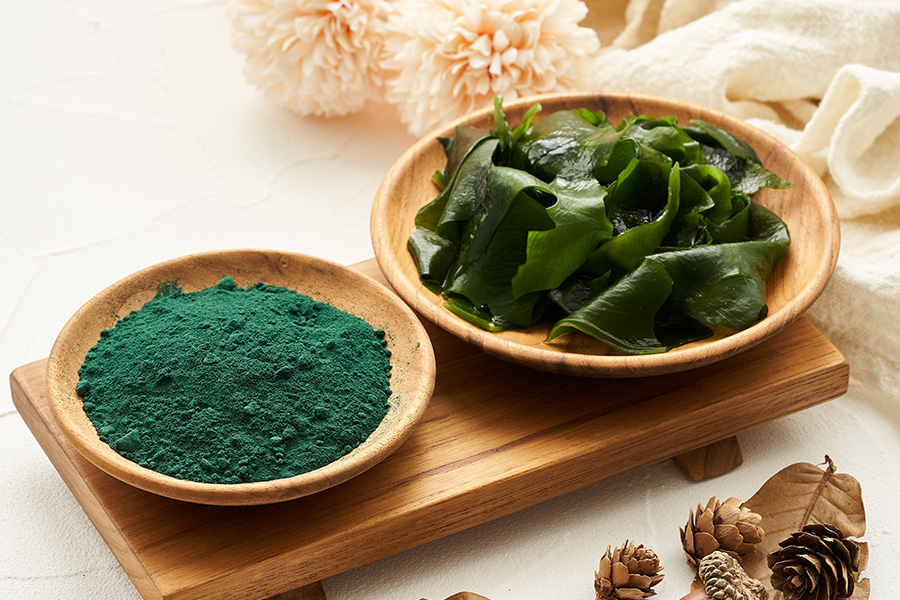 In what could presage a groundbreaking treatment for hair loss, Japanese scientists have for the first time ever grown hair follicles in a lab. A study on the work, published in the journal Science Advances, details how the researchers were able change the structures of mice skin cells using a special type of gel they created, which allowed the scientists to reprogram the cells to stimulate hair growth. The gel replicates the body’s natural environment. 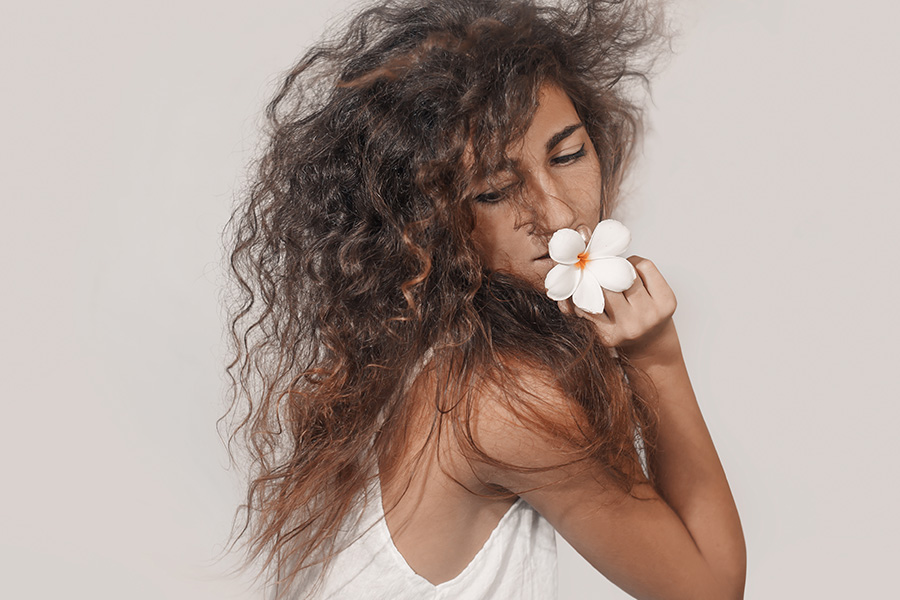 5. Wellness Warehouse Introduces: How Can We Help?

Wellness Warehouse shoppers are encouraged to ask for a consultant in store for assistance and support in navigating the often overwhelming field of personal wellbeing. These knowledgeable in-store Wellness Warehouse consultants are dedicated to assisting shoppers in making lasting positive change according to their lifestyle, goals and concerns. You, our reader, can now also access these consultants online by booking a complimentary 20 minute consultation. Click this link here to get started! Book your 20 min consult now. 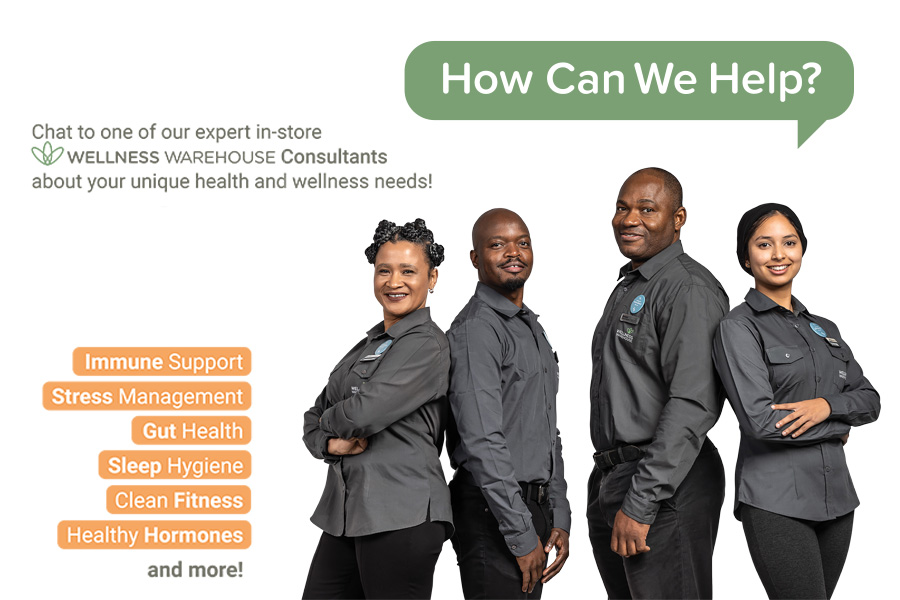 Unilever U.S. has voluntarily recalled several dry-shampoo aerosol products due to potentially elevated levels of benzene, a chemical that can cause cancer. The company sold dry-shampoo under the brands of Dove, Nexxus, Suave, Rockaholic, Bed Head and TRESemmé. No other Unilever products are affected by the recall and Unilever is working with its propellant suppliers to address this issue.

Other aerosol products, such as Johnson & Johnson’s Neutrogena spray sunscreens have been recalled in the past due to the possible presence of benzene.

A study in Vnitrní Lékarství,a Czech community medical journal, indicates that vitamin D is of particular importance for children and adolescents whose bones are still growing, and older people who are at risk of osteoporosis (thinning bones). Vitamin D is also used by the body to help repair damage, reduce inflammation and assist in processes such as cell growth and immune function. 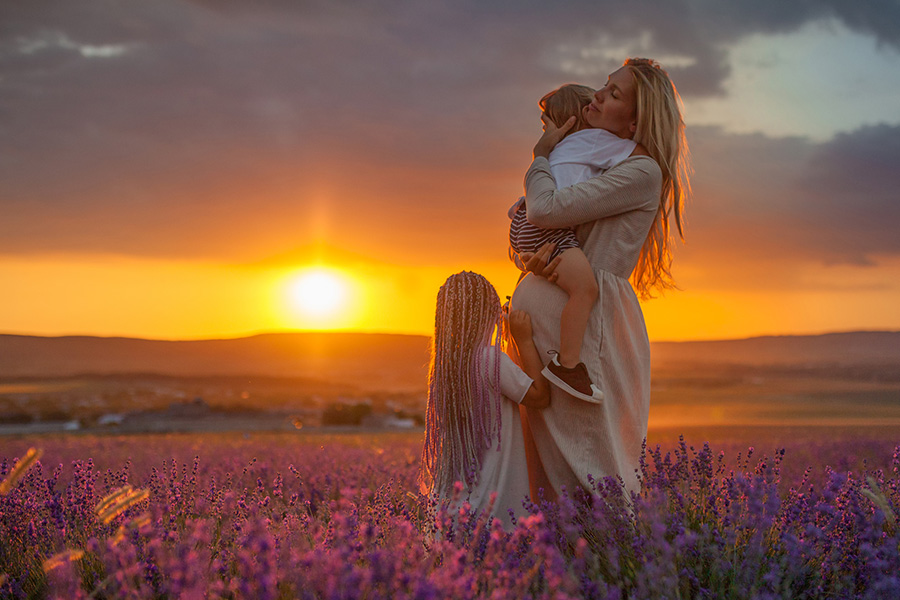 And the problem is getting worse. Plastic must have a recycling rate of 30% to reach that standard; no plastic has ever been recycled and reused close to that rate. ‘More plastic is being produced, and an even smaller percentage of it is being recycled,’ says Lisa Ramsden, senior plastic campaigner for Greenpeace USA. ‘The crisis just gets worse and worse, and without drastic change will continue to worsen as the industry plans to triple plastic production by 2050.’

The ‘biological clock,’ is the cellular process that rules sleep-wake cycles. Jet lag, nighttime snacking, lack of sleep, or irregular work schedules can wreck circadian rhythms. The World Health Organization has proclaimed that disrupted circadian rhythms are a probable carcinogen.

The latest research in Science Advances, describes that when the circadian clock gets off track, it implicates a cancer-signature gene known as HSF1 that can trigger lung tumors. Lungs are under tight circadian control and seem to be particularly vulnerable to a disrupted biological clock. 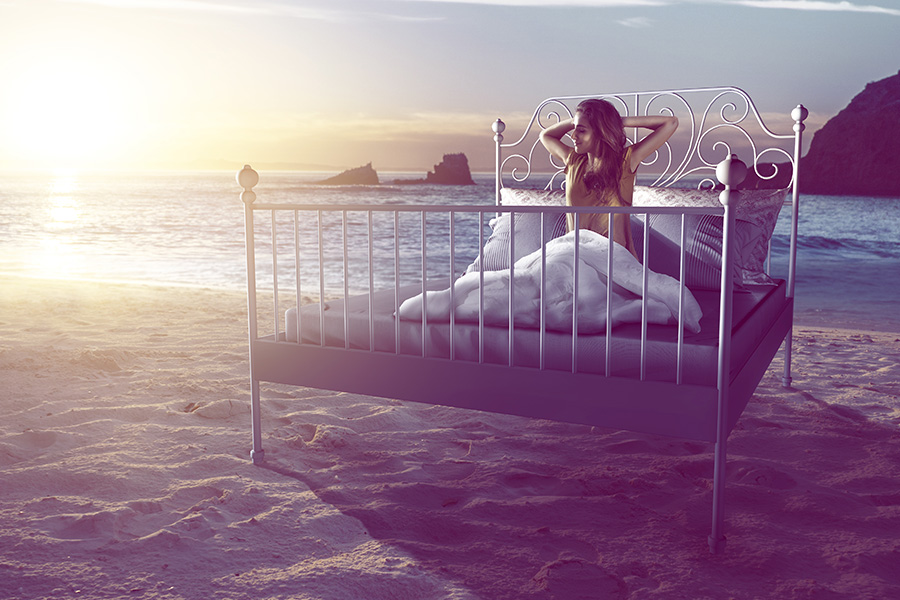 Fungal pathogens are a major threat to public health as they are becoming increasingly common and resistant to treatment with only four classes of antifungal medicines currently available, and few candidates in the clinical pipeline. Most fungal pathogens lack rapid and sensitive diagnostics and those that exist are not widely available or affordable globally.

Emerging evidence indicates that the incidence and geographic range of fungal diseases are both expanding worldwide due to global warming and the increase of international travel and trade.

As the fungi that cause common infections (such as candida oral and vaginal thrush) become increasingly resistant to treatment, risks for the development of more invasive forms of infections in the general population are also growing. 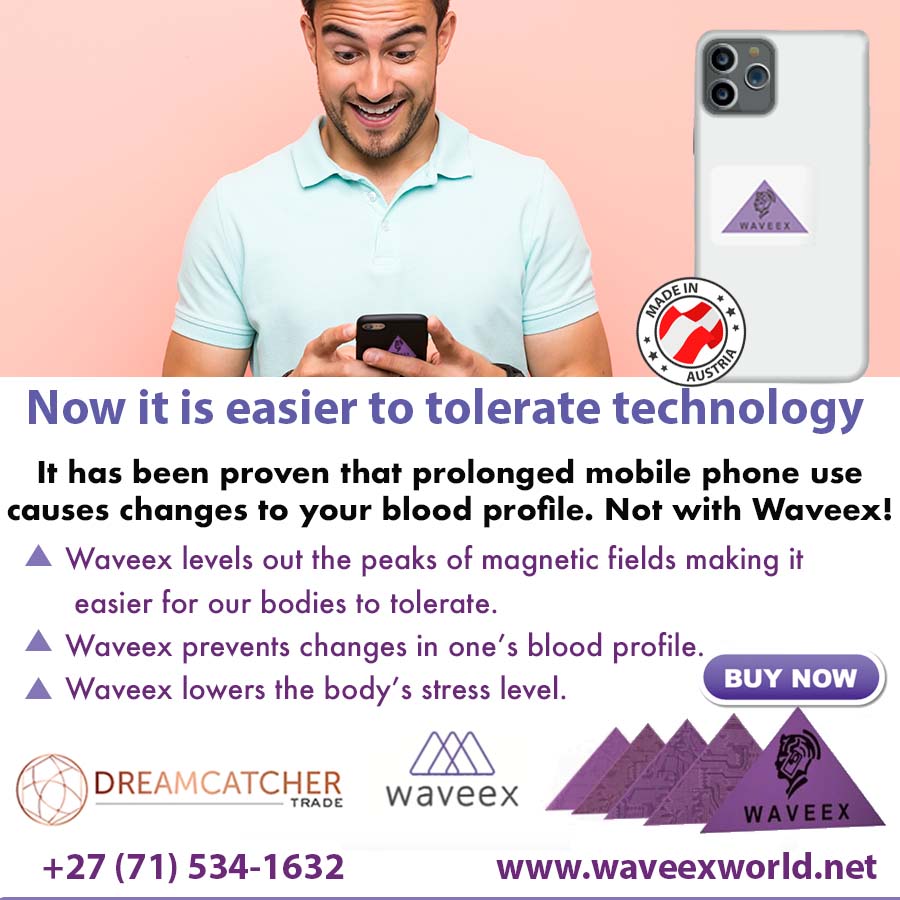 In his book Dirty Electricity: Electrification and the Diseases of Civilization, Dr. Milham reveals that as electricity spread throughout the United States in the 20th century, so did other diseases of civilization including cancer, asthma and diabetes.

One of the most dangerous aspects of wireless is the ‘always-on’ – they are constantly generating a dangerous electromagnetic energy field 24 hours a day, 365 days a year. This makes wireless technology a very significant chronic health risk. 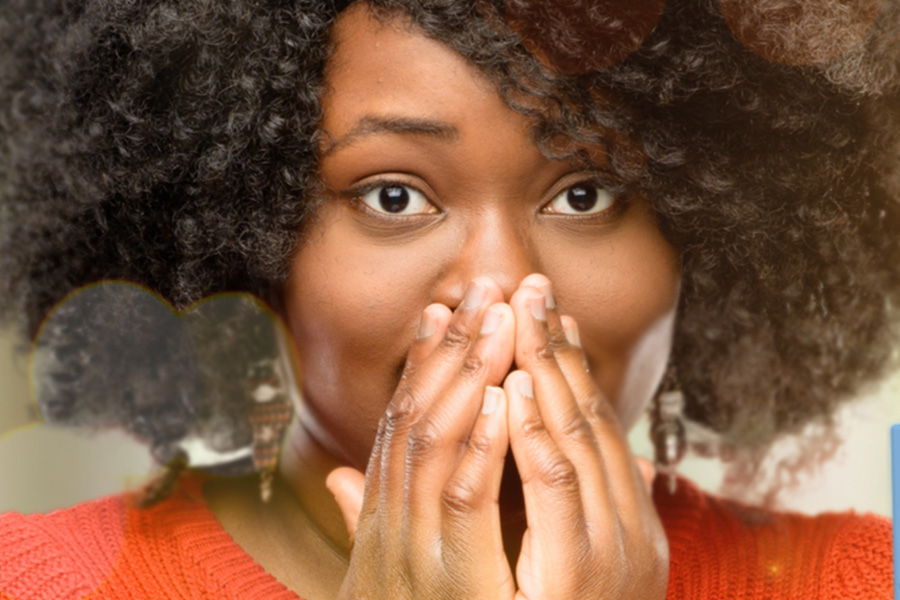 12. The microbiome and fertility

Is there an ‘optimal microbiome’ for fertility? Can changing the microbiome of the uterine cavity affect fertility? According to gynecologist and obstetrician Carlos Simón (MD, PhD) from the University of Valencia, Spain: ‘What we know is that the human uterus has its own microbiome. Thanks to next-generation sequencing (NGS), we can detect microbial DNA. We’re talking about a microbiome that, if changed, affects [embryo] implantation. We have identified that Lactobacilli are the good [microorganisms], but if there are Streptococci, Gardnerella, or other bacteria, the implantation [of the embryo] is affected.’ 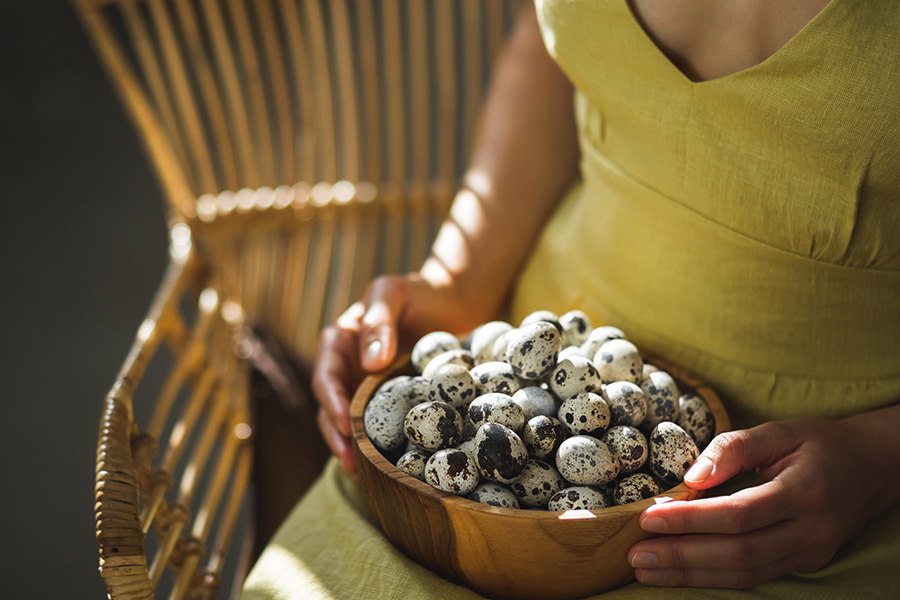 13. The Benefit of Weightlifting

Few observational studies have examined the association between muscle strengthening and mortality, and even fewer have looked specifically at the benefits of weightlifting. According to a study published this week in the British Journal of Sports Medicine, those who undertook weightlifting and aerobic exercise in combination had around a 40% lower risk of death than those who reported no moderate to vigorous aerobic activity or weightlifting. 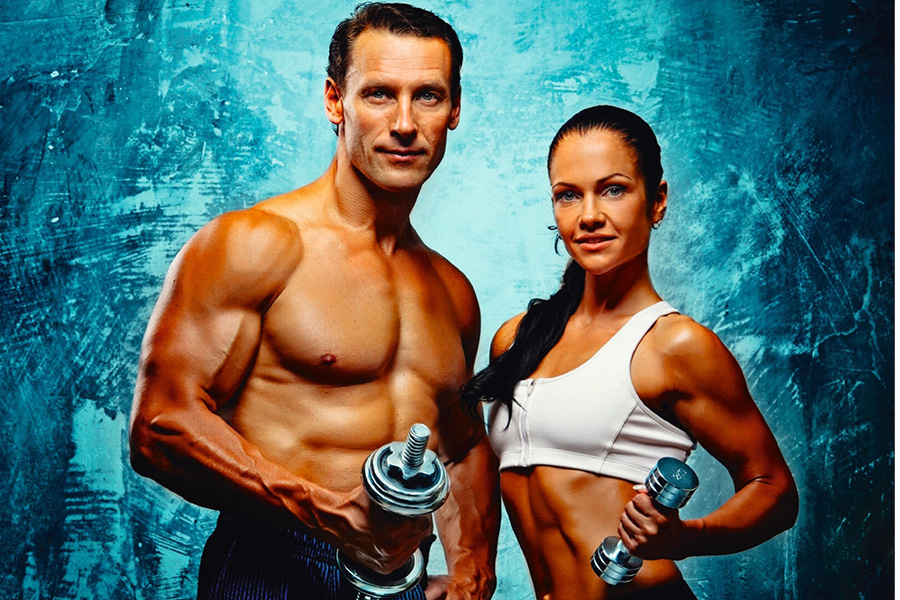 One of the first studies to identify the relationships between omega 3 polyunsaturated fatty acids (PUFA), like DHA and EPA, and brain health in a younger population, has just been published in the journal Neurology.

Omega 3 fatty acids are obtained largely from dietary sources like cold-water, oily fish or omega-3 fortified foods, or through nutritional supplements. Omega 3 fatty acid levels may be protective for Alzheimer’s disease and may protect older brains from environmental exposures like air pollution.

Another study just published in The American Journal of Clinical Nutrition demonstrates an association between DHA intake and leukocyte telomere length, indicating that getting more of the marine omega 3 fatty acid can help promote longevity. 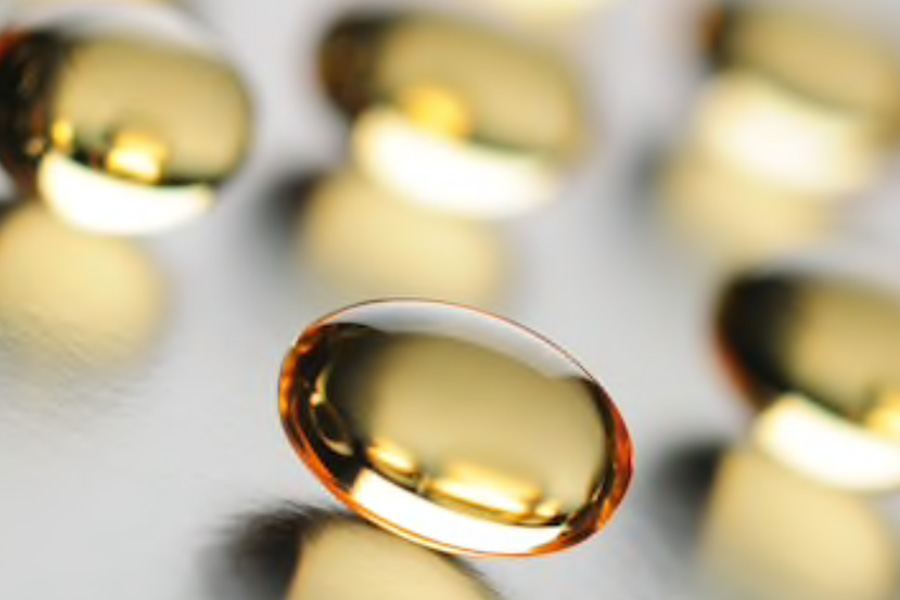