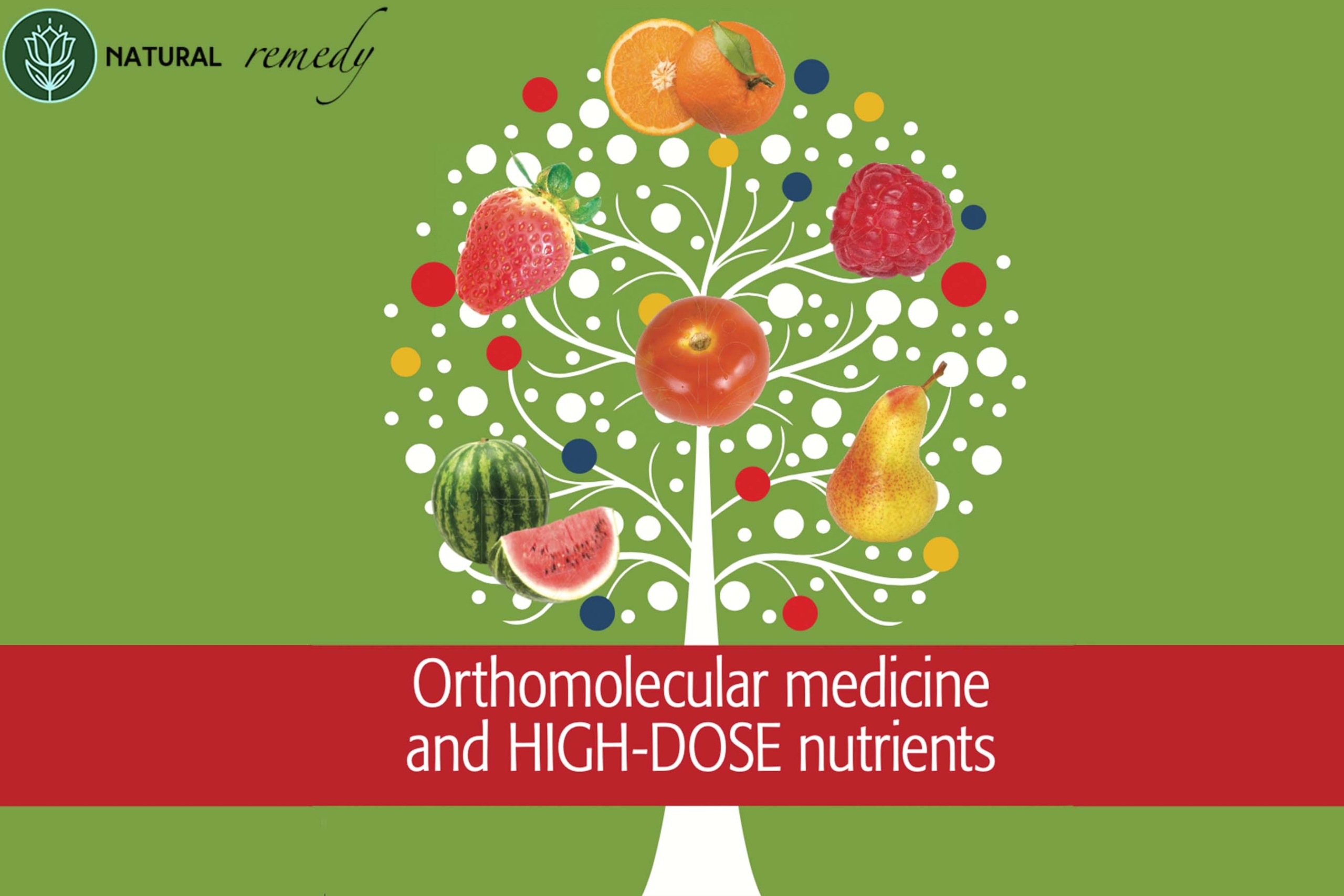 The controversy around high-dose nutrients continues to be a thorn in the side of conventional medicine and even governments. There are good reasons for this, some of which are understandable. The RDA or recommended daily dose of vitamins was established to identify the lowest dose that would prevent deficiency diseases, but it has little to do with the maximum doses required for optimum health. Orthomolecular medicine has gone one step further, namely to use even higher doses of nutrients for their particular biochemical and biological effects on the body.

Practitioners of integrative medicine now use nutrients in a number of different ways:

The name orthomolecular medicine was coined by Linus Pauling. He was not a doctor but a chemist and was one of few individuals to earn two Nobel prizes. The first was for chemistry and the second, years later, was the Peace prize. He gave over 500 lectures on the theme of the dangers of atomic bomb testing and the evil effects of radiation on humanity. At the age of 65 years he retired but became so interested in work he had read on the use of vitamin B and vitamin C in high doses that he reversed his decision to retire and accepted a distinguished professorship in San Diego. This started his collaboration with Dr Abram Hoffer, a psychiatrist doing interesting work on the treatment of schizophrenia using high-dose vitamin B3. Pauling turned his attention to the treatment of cancer using very high doses of vitamin C, and despite his status by then as a world-class scientist, he found his colleagues turning against him. He discovered that most mammals make their own vitamin C but that humans and one or two others do not. This led him to postulate that the genetic mechanisms for making vitamin C had somehow disappeared and that humans needed to take in many grams of vitamin C in order to be healthy. Pauling took about 30 g of vitamin C per day for the last 20 years of his life.

While orthomolecular medicine has perhaps come out of the closet, its ideas and practice still meet with derision, and peer-reviewed journal articles on the subject have only very recently been accepted into Pubmed. New ideas are not accepted without a battle. For instance, when it was suggested that folic acid would decrease the incidence of spina bifida, several letters appeared in the prestigious medical journal The Lancet condemning the researcher concerned. Several million-dollar studies later there was confirmation that in fact folic acid could prevent spina bifida.

Dr Hoffer has been writing about the treatment of schizophrenia using high doses of vitamin B3 for over 55 years and yet this treatment is almost unknown to the psychiatric profession. Doctor Hoffer chose vitamin B3 to treat schizophrenia because the deficiency condition of B3 is called pellagra and one of its main presentations is dementia, a condition not distinguishable from schizophrenia. The dose used was 2 to 3 g per day for a long period of time. Dr Hoffer followed many of these patients for many years without observing any side-effects of note.1

Dr William Kaufman was another pioneer of orthomolecular medicine who brought niacinamide in high doses to the attention of doctors. Dr Kaufman found that using 250 mg niacinamide frequently during the day (up to 1.5 to 2 g per day) improves joint mobility, muscle strength, decreases fatigue and reduces or even eliminates joint pain. It takes about 2 to 3 months before results become obvious.

While the press and the medical establishment often tout the ‘dangers’ of vitamins, especially when used in ‘mega-doses’, they simultaneously overlook the fact that drugs have serious side-effects and cause thousands of deaths every year. There is no evidence that these nutrients even in the high doses suggested come close to causing the toxic effect of aspirin or panado which are available in schools, workplaces and over the counter at any pharmacy. The entire text of Dr Kaufman’s The Common Form of Joint Dysfunction2,3 has been republished on the Internet for free online reading at http:// www.doctoryourself.com/kaufman.html

Orthomolecular medicine recognises that nutrient deficiencies are exceedingly common and that by the time deficiency symptoms become apparent the process has gone on for a very long time, so that the nutrients may be needed in high doses for a prolonged period. It is also possible that many of these individuals have genetic expressions that require higher doses of these nutrients than the general population.

It is surprising how robust the antagonism is towards high-dose nutrients when doctors have no problem at all giving two, three or even five different drugs to patients; often the more ill the person the more drugs are prescribed. While the medical profession likes to point to the lack of science in the use of high-dose nutrients, there is by the same token no scientific evidence for the use of a combination of drugs in individuals. Neither of course is there any scientific basis for the use of drugs in the particular individual receiving the drug. Each person will always be his or her own guinea pig.

Conflict around the use of vitamins and other nutrients in high doses comes about because of the historical underpinning of the vitamin story. Deficiency diseases need small doses of vitamins only to correct the deficiency. Thiamine prevents beri-beri, vitamin C prevents scurvy, vitamin D prevents rickets and vitamin B3 prevents pellagra. From this arises the idea that large doses are contraindicated and even dangerous. It is thought that using vitamins for conditions not known to be deficiency diseases is also not indicated as they should only be used to treat deficiency diseases. This kind of thinking has caused much of the problem around the use of vitamins and other nutrients. The experience of practitioners over the years has clearly shown that nutrient deficiencies can cause a host of problems that may not be labelled classic deficiencies and that when used in high doses vitamins can also be used to treat or help to alleviate a range of other problems.

For example, intravenous vitamin C in very high doses can be used to treat viral infections such as hepatitis and influenza, and has been used together with other approaches to treat cancer.4 Niacin or vitamin B3 in high doses will lower cholesterol.5 Vitamin A in high doses will treat acne, stop flu in its tracts, and treat a host of eye problems.6 Vitamin D in high doses (1 000 to 10 000 IU) can treat a range of conditions from depression to autoimmune disease.7

Orthomolecular medicine has taught clinicians that nutrients, and in particular vitamins, have a special place in medicine when used in much higher doses than the generally recommended RDA doses. As indicated at the start of this article, RDA levels prevent deficiency diseases but are not the levels required for optimum health. The experience of health practitioners over many years is that these same vitamins have another role to play when used in higher doses than required just for health maintenance. In these high doses they have therapeutic and healing benefits. The fact that they are body- friendly means that they are much less toxic than drugs. Nevertheless, please consult with your practitioner when using high-dose nutrients and if possible take some literature with you to show the doctor that they can be used safely in high doses even for a few months.