Paleo vs Plant – a comprehensive response to an ongoing debate 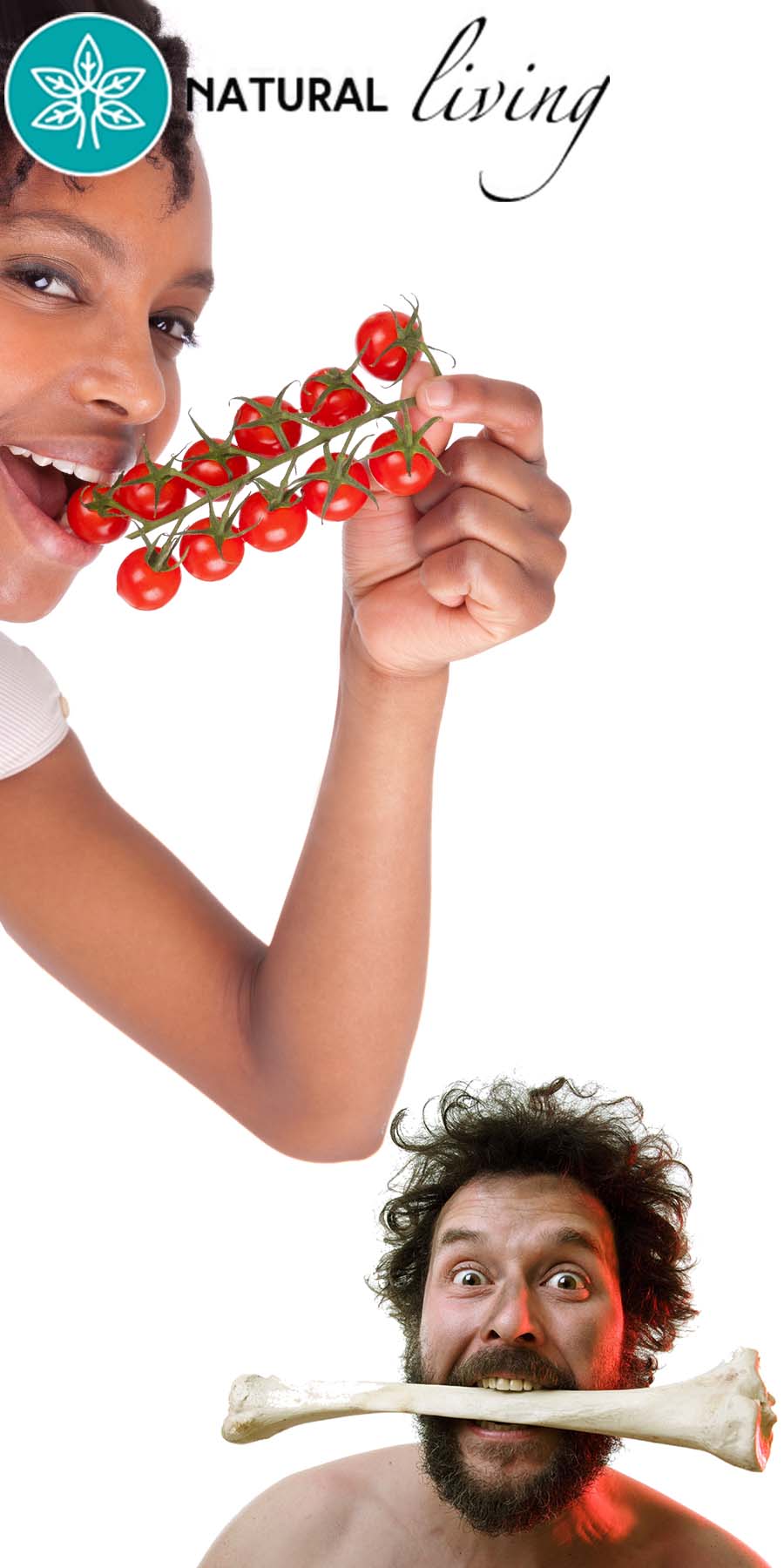 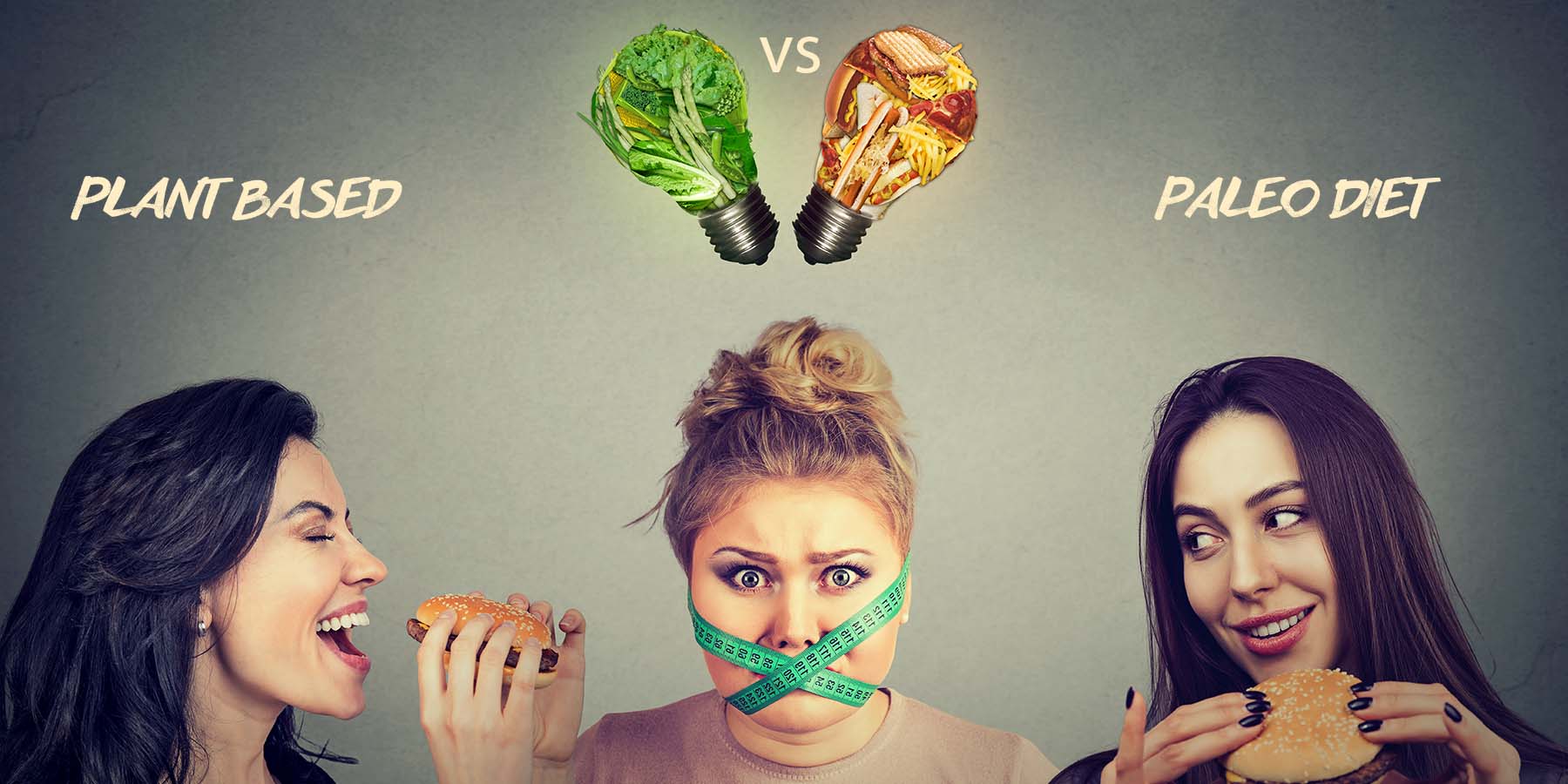 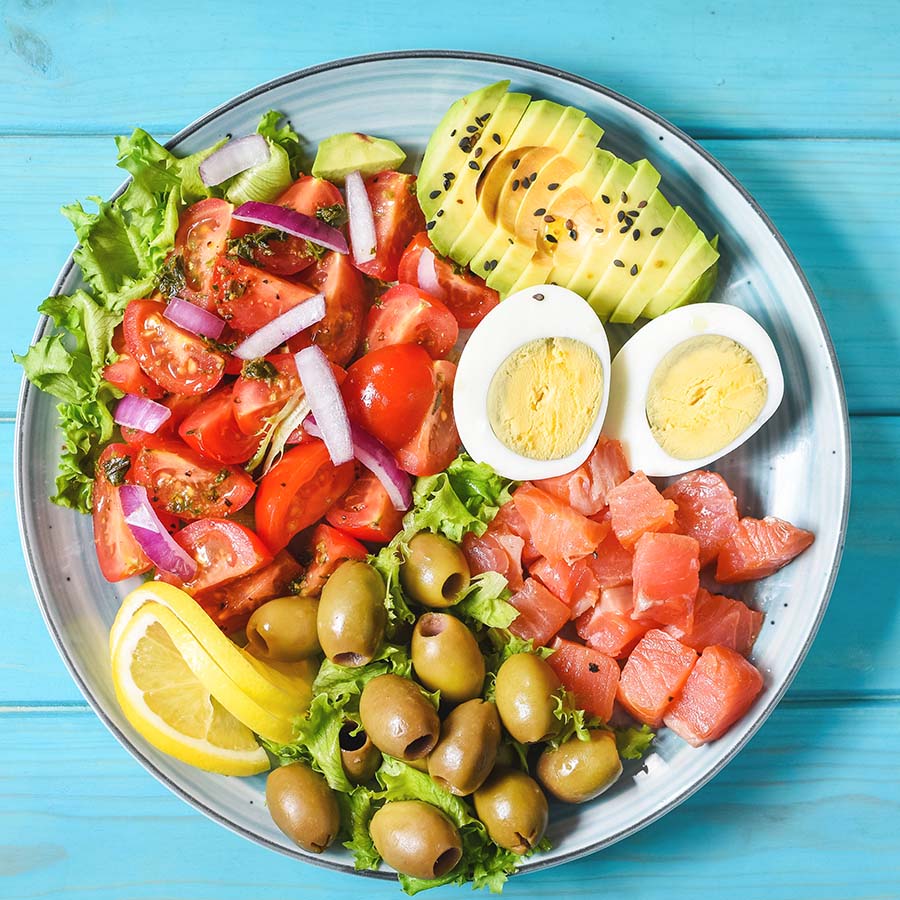 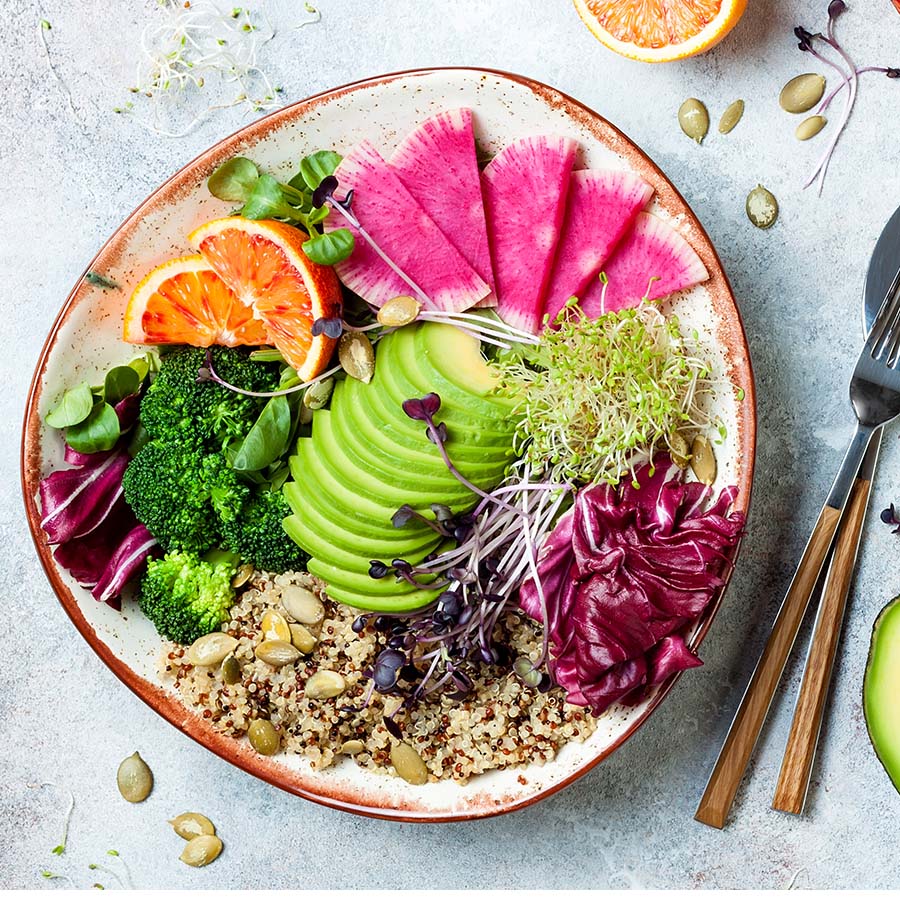 There are so many different diets available, which can be very confusing when you are trying to decide what is best for you. Ultimately, however, you need to personalise and embrace your own diet.

As a young exercise physiology student and middle distance runner at Glasgow University, I picked up my first copy of Lore of Running; I was mesmerised by the eloquent introduction to the long battles of the mind and body as the author took on his Comrades challenges. From that day on, 20 years ago, and half a world away, Professor Timothy Noakes was my physiology guru, my mentor-in-spirit.

Having gone from being his biggest science fan, for the first time in my professional career, I’m about to challenge his beliefs. Prof Noakes has stepped out from his scientific stronghold of exercise physiology and into perhaps the most emotion-provoking topic of all: nutrition. His new theories of low-carb, high-fat diets, incorporated in his best-selling book The Real Meal Revolution, have swept across the country and have and still are provoking discussion and behavioural change in many groups of people – no less, the endurance athlete fraternity. I ran a functional sports nutrition clinic in Johannesburg and it seemed that every second person who walked into my room was or has been trying his approach.

Before I challenged him though, I’d firstly like to congratulate Prof Noakes for creating a new paradigm shift within South Africa. For too long now, we’ve been fixated on the dietetic ideals of high-carb and low-fat: cereals, breads and low-fat dairy products have been considered healthy for all.

A BIT OF HISTORY

Noakes is actually more than 10 years too late with his apparently ground-breaking realisations. In fact, he seems to have re-invented the Dr Atkins wheel. In the early 2000s, in my native UK, the Atkins low-carb/high-fat revolution swept through the country shortly after it had taken America by storm. Many people, who had been struggling with the prevailing dietetic norms, lost a lot of weight by trading in the bread for bacon; a flurry of scientific studies examined the approach and lessons have gradually been learned. A decade of off-shoots followed, including the South Beach Diet, the Dukan Diet and Gary Taubes.

At the time, various pros were linked to the low-carb revolution, including: fat loss, insulin and lipid stabilisation, improved satiety and increased energy. However, as time went on, numerous cons were also realised, including: toxicity, cardiovascular risks, constipation and decreasing energy (especially with exercise). In essence, some people did extremely well on an Atkins-like diet, whereas others struggled and experienced increasing health imbalances. 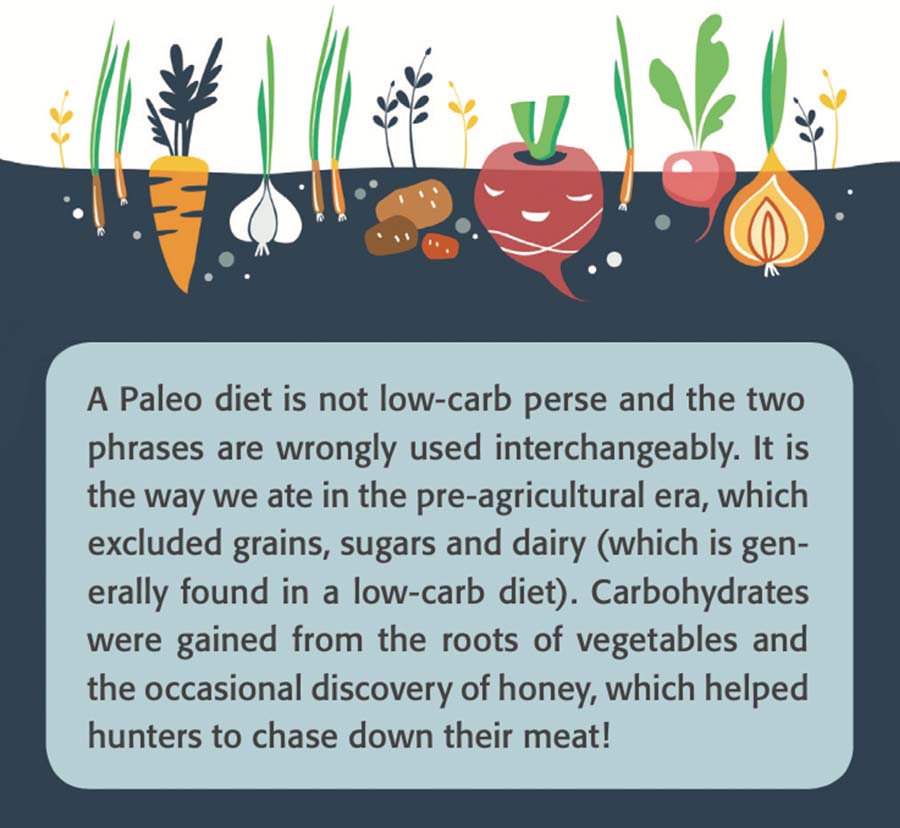 As a result of the increasing awareness that this dietary experimentation brought, combined with the fact that we had now successfully coded the human genome, much research over the past 20 years has examined the genetics of weight management and obesity. Over 500 genes to-date have been identified as being linked to body weight, body fat, carbohydrate and fat metabolism. Since each gene has significant variability, with weight management in mind, it leaves us with a considerable amount of complexity with regard to how our bodies interact with food, exercise and our environment.

To gain further insight into the genetic story, I interviewed my colleague, Dr Yael Joffe, who is a dietician and a specialist in nutrigenomics. Yael completed her PhD on the Genetics of Obesity in Tim Noakes’s department at UCT.

In response to my question about the Tim Noakes diet, she said: ‘Noakes started off saying that everyone was different, but he now believes that most people, especially those who struggle to lose weight, are carb resistant. In actual fact, we are not the same by any measure, nor do we lose or gain weight in the same way. Our genetics, combined with our environment, affect our susceptibly to gaining weight, as well as our individual response to various dietary interventions.’

I asked her which physiological weight management factors were influenced by genetics: ‘From the literature, we know that genetics account for 50 to 80% of body composition and obesity. Genetics is not just about how we burn up fat, it’s a number of factors: it affects things like taste, appetite, hunger and satiety, how we respond to exercise, sleep patterns, eating behaviour (for example snacking) and responsiveness to different macronutrients. For different people, you’re going to see those factors playing out in different ways. Noakes looks at it through the lens of carbohydrate and sugar and how our body responds to that. One of the points that I’ve listed is macronutrient responsiveness, which is the main thing for Tim. But, it is so much more complex than that; all of the genetic factors that I’ve mentioned influence our ability to gain or lose weight.’

It is pretty clear from Dr Joffe’s remarks that the interaction between food and lifestyle choices is so complex that we each need to write our own individualised diet book.

So for the reason that we are all genetically so unique, why is Prof Noakes attempting to steer us from one completely flawed One-Size-Fits-All diet to another, albeit highly different, one? 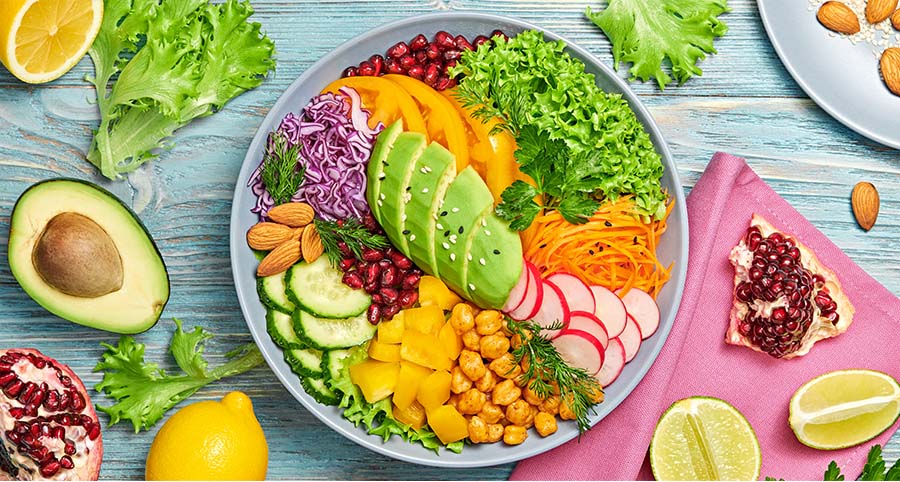 Prof Noakes refers to being fat adapted. This implies the ability of the liver to mobilise and break down fat to supply energy (often in the form of glucose) to the various organs of the body. He cites Inuits (or Eskimos) as a good example of a fat-adapted people. But, these are a race who have genetically adapted over thousands of years to live in cold, hostile conditions, mostly devoid of plant growing potential. From my own limited research, it doesn’t seem like they have the best longevity records either. On the other side of the world, what about the Indian race – the country of people who eat curry? Without knowing the science, what do you think would happen if we were to feed an Indian a diet of whale blubber and fish? – possibly the same as if you fed an Eskimo lentils and rice… a slow decline in health.

Genetic adaptation occurs over many generations, whereas we only have a single lifetime to get it right. Rather than trying to adjust our genes to a diet that might be inherently wrong for us, why not adapt our diet to our own genetics? Referring to the Paleo vs Plant article in Issue 9 of Trail, two dietary approaches were presented: Prof Tim Noakes with his low-carb/high-fat diet and Mary-Ann Shearer with her vegetarian ideals. The two views are polarised from one another in terms of animal protein consumption – either all or none. In my clinical experience, only a small number of individuals adapt fully and healthily to either one of these approaches and I like to call them Outliers. As noted in the landmark book by Malcolm Gladwell, an outlier is a person who lies well out from the average lines of statistics. If Noakes and Shearer are indeed well-adapted to their respective diets, they are most certainly outliers, metaphorically fitting into a black or a white box (although, even this I doubt).

Most of the rest of us lie somewhere in-between and come in varying Shades of Grey – not 50, but perhaps 7 billion, which happens to be roughly the world’s population.

The final point that remains to be said is my personal nutrition trademark – ‘quality over quantity’. Whether you choose to take on a diet high in animal protein or not, for reasons of toxicity it is essential that you buy the best that you can find. For example, a low-cost supermarket chicken that’s been reared with antibiotics and growth hormones in a confined hut with thousands of other birds is a far cry from the chicken left to scratch around for grubs in a sunny farmyard that can be bought at a market.

Removing refined and glutenous grains, sugars and processed foods from your diet is academic – both Noakes and Shearer agree on that. So too is the need for fresh, organic vegetables – I advocate including them in every meal.

Dr Joffe adds another consideration: ‘Food always has to exist in a social context. What is happening in lots of modern diets, is that the more restrictive the diet is, the more popular it becomes. However, if the diet isn’t based on food in a social context, firstly it isn’t sustainable and, secondly, it takes away the social enjoyment and interaction. Existing in this restrictive environment can never work because it’s unsustainable physically, physiologically, emotionally, mentally and psychologically. Consuming food is not meant to be a painful exercise, which is what occurs in a food-dissociated context. It seems that these days we are more likely to pick up a product in the supermarket and read the label than to consider where it came from and the ultimate health and well-being of the food. But the label says nothing about the health of the food: remember, “food first”.’

A Paleo diet is not low-carb perse and the two phrases are wrongly used interchangeably. It is the way we ate in the pre-agricultural era, which excluded grains, sugars and dairy (which is generally found in a low-carb diet). Carbohydrates were gained from the roots of vegetables and the occasional discovery of honey, which helped hunters to chase down their meat!

Ian Craig (BSc MSc, CSCS, INLPTA) is a nutritional therapist, exercise physiologist, NLP practitioner and a lifestyle coach. He was a competitive middle-distance runner for 20 years and is now a more leisurely runner and cyclist. He runs a private nutrition practice in Johannesburg's Morningside Chiropractic Sports Injury Clinic, where he personalises nutrition and exercise strategies according to his client's genetic attributes and lifestyles. He also writes and is the editor for Functional Sports Nutrition magazine and he recently published his first book, Wholesome Nutrition, with co-author Rachel Jesson.
Toggle Sliding Bar Area
Page load link
Go to Top