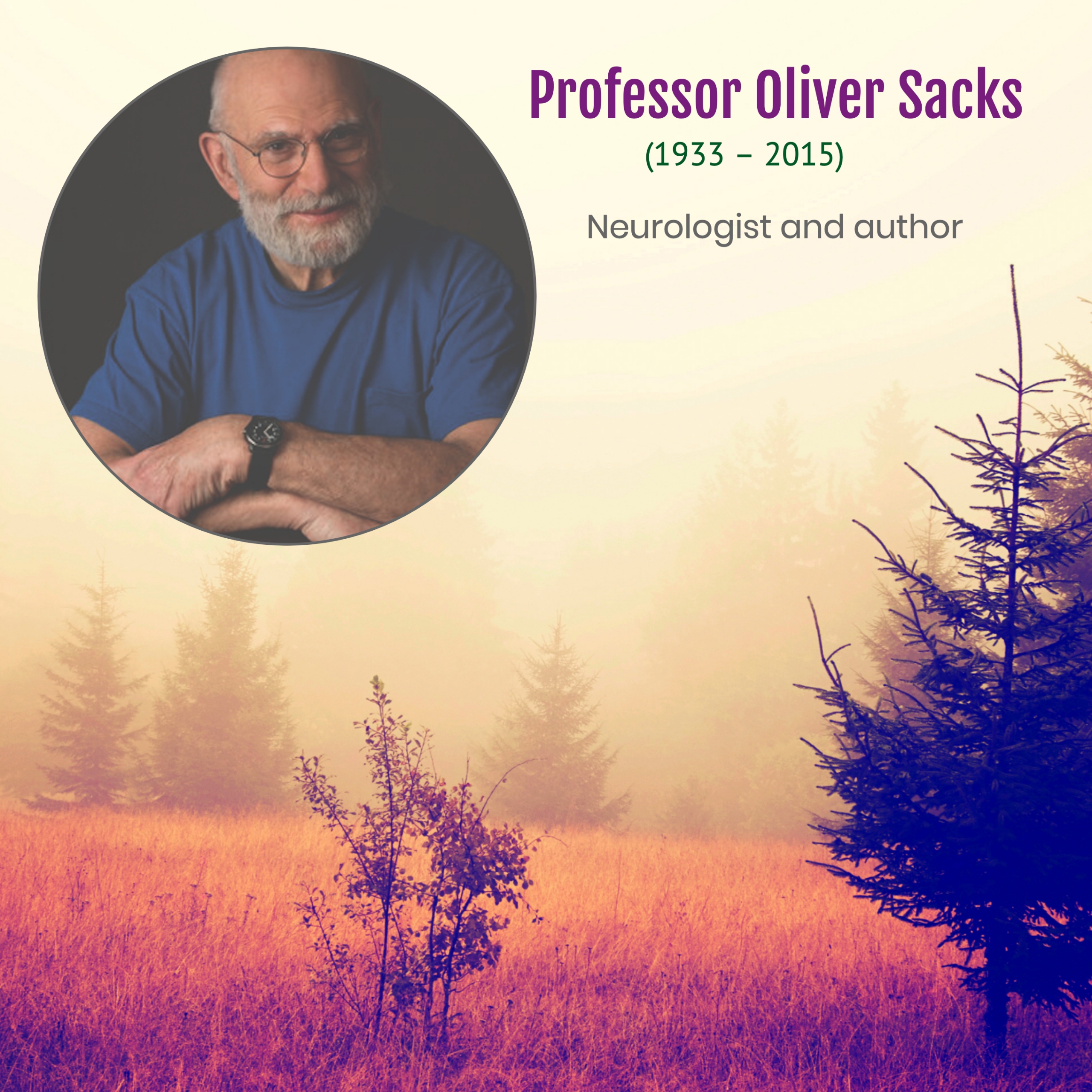 ‘Above all, I have been a sentient being, a thinking animal, on this beautiful planet, and that in itself has been an enormous privilege and adventure.’ Oliver Sacks

Oliver Sacks was born in London and studied for his medical degree at Oxford University. He was the son of two doctors and had always been fascinated by the way in which people perceive the world they live in, a fascination which made him pursue a career in neurology. He moved to New York in 1965, worked in state hospitals and nursing homes and later became a professor of neurology at NYU School of Medicine. Sacks was also the author of several books. He was passionate about both the world of science and the world of storytelling and eloquently combined the two in several best-selling works.

As a man Sacks was shy and sensitive but as a writer he was fearless, using the case histories of patients to pen the most wonderful books about medicine and the mind. It is through his writing that he is known to and appreciated by millions.

I just love the 1990 film Awakenings which is based on Sacks’ book of the same title. The story is inspired by a group of Sacks’ encephalitis patients who fleetingly emerged/‘awakened’ from catatonic states thanks to his administration of the new ‘wonder drug’ L-dopa in 1969. Sadly their release is short-lived and they soon revert to being human statues. In the Oscar-nominated film, starring Robin Williams and Robert De Niro, we are taught about another kind of awakening – how important it is to embrace and live life to the full.

Sacks’ other books offer deep and sympathetic insight into a variety of medical conditions suffered by his patients including autism, Tourette’s syndrome, Parkinson’s, migraines, hallucinations and deafness. His book The Mind’s Eye bravely recounts his own experience with an ocular melanoma. The radiation and other treatment he received to remove the tumour left him blind in that eye. These accounts not only give readers a better medical knowledge but provide comfort and understanding for those who face the daily challenge of living with compromised health.

Sacks sadly passed away in August this year at the age of 82. The cause of death was a late-stage melanoma which had spread to his liver. He is survived by his partner of seven years, Billy Hayes.

Musicophilia: Tales of Music and the Brain (2007)