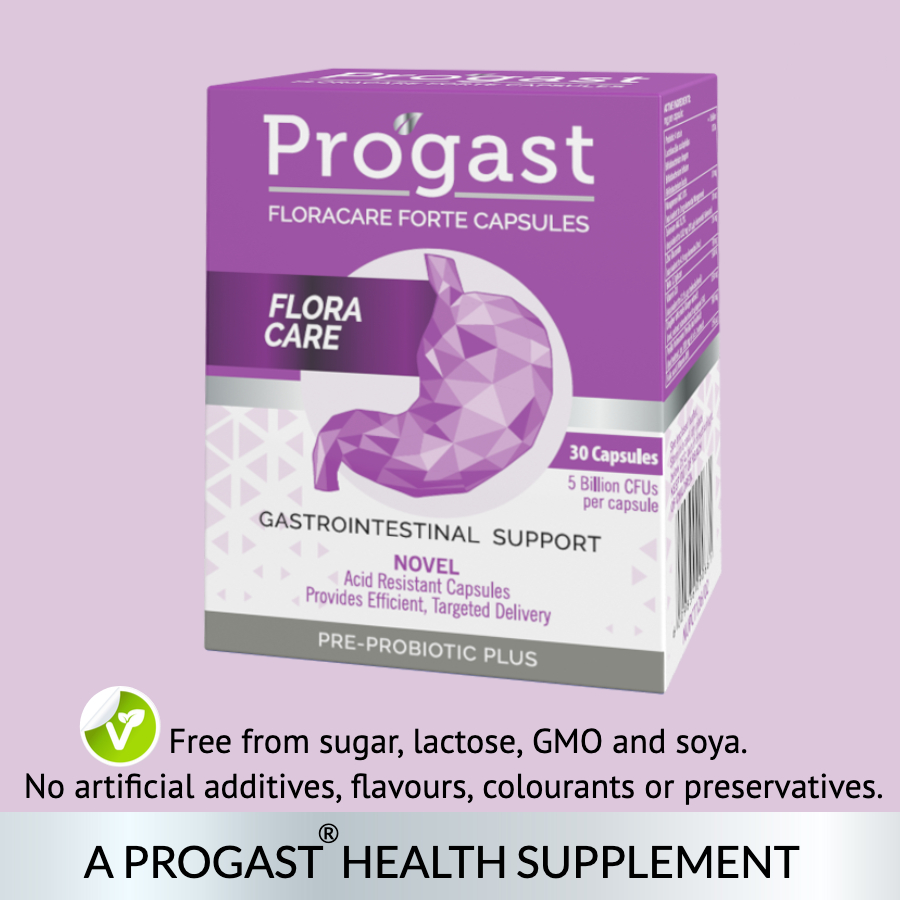 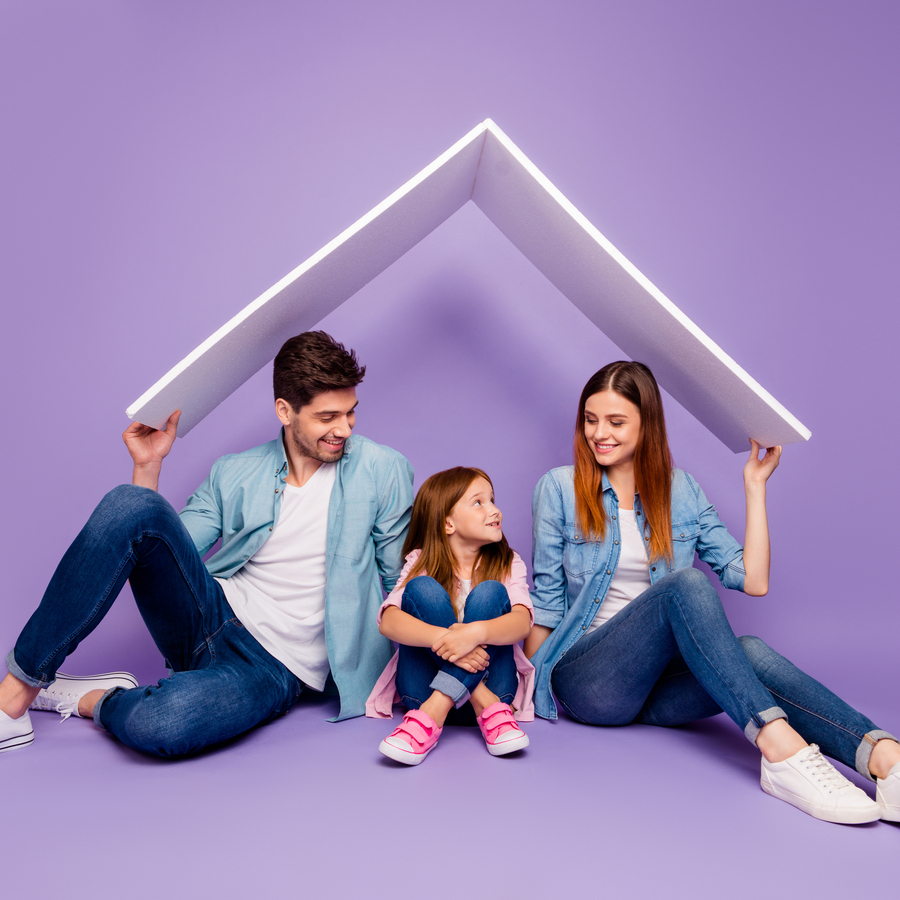 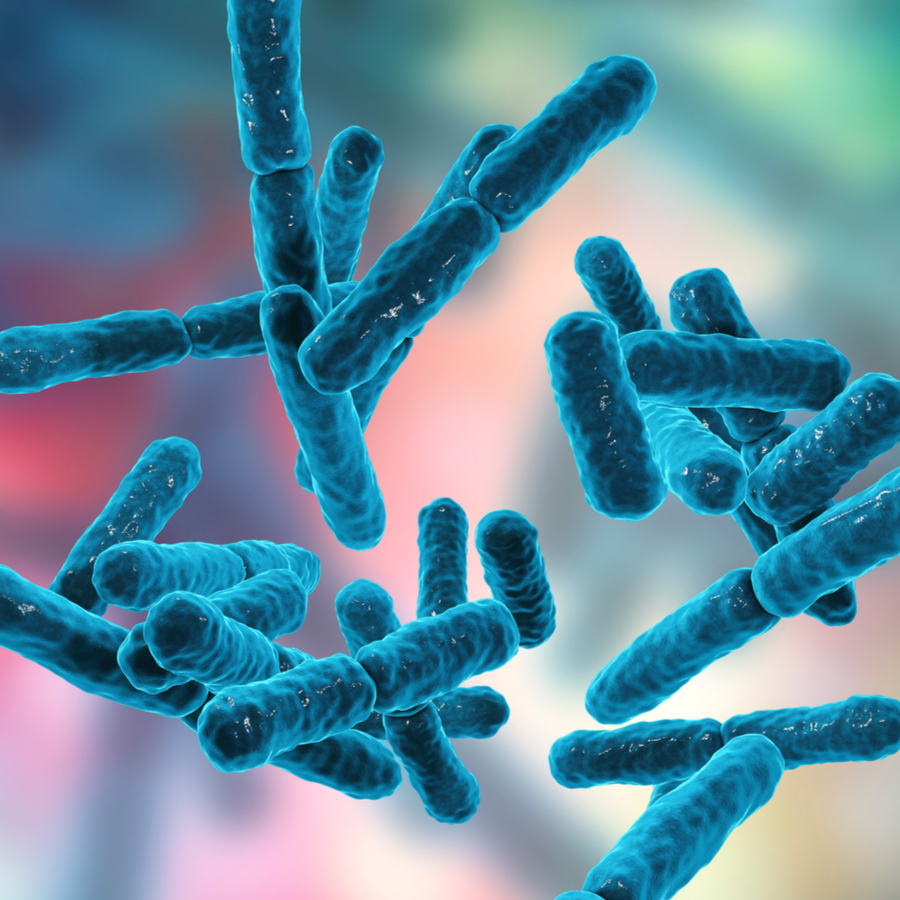 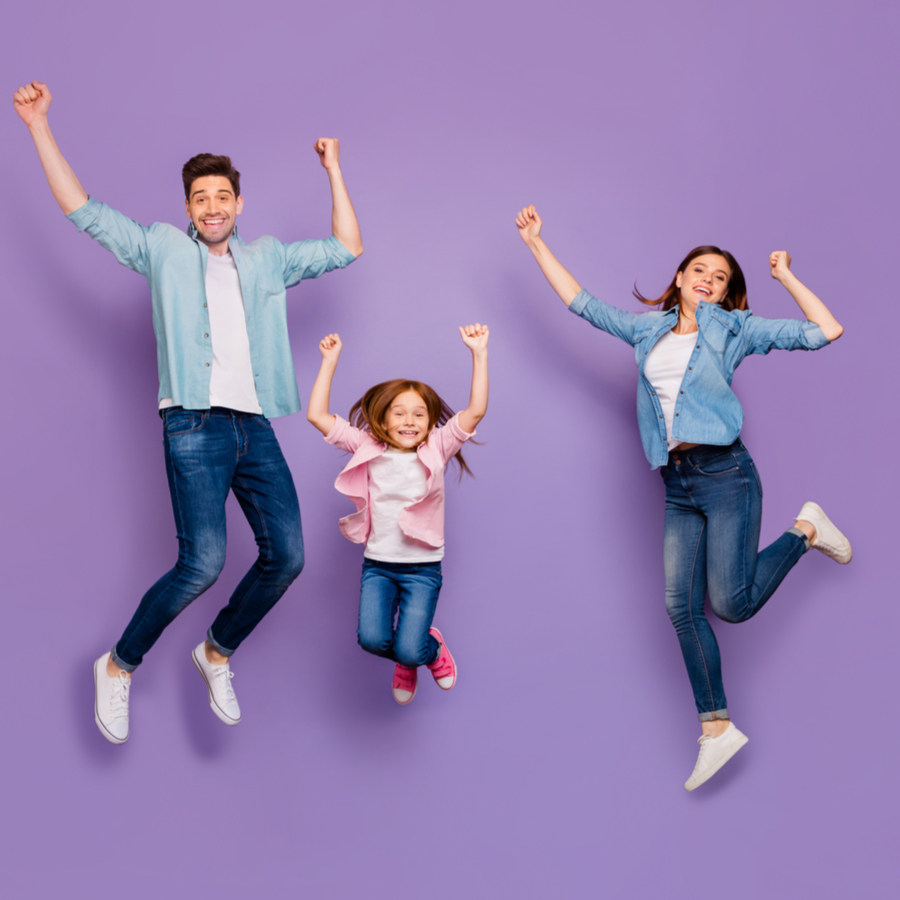 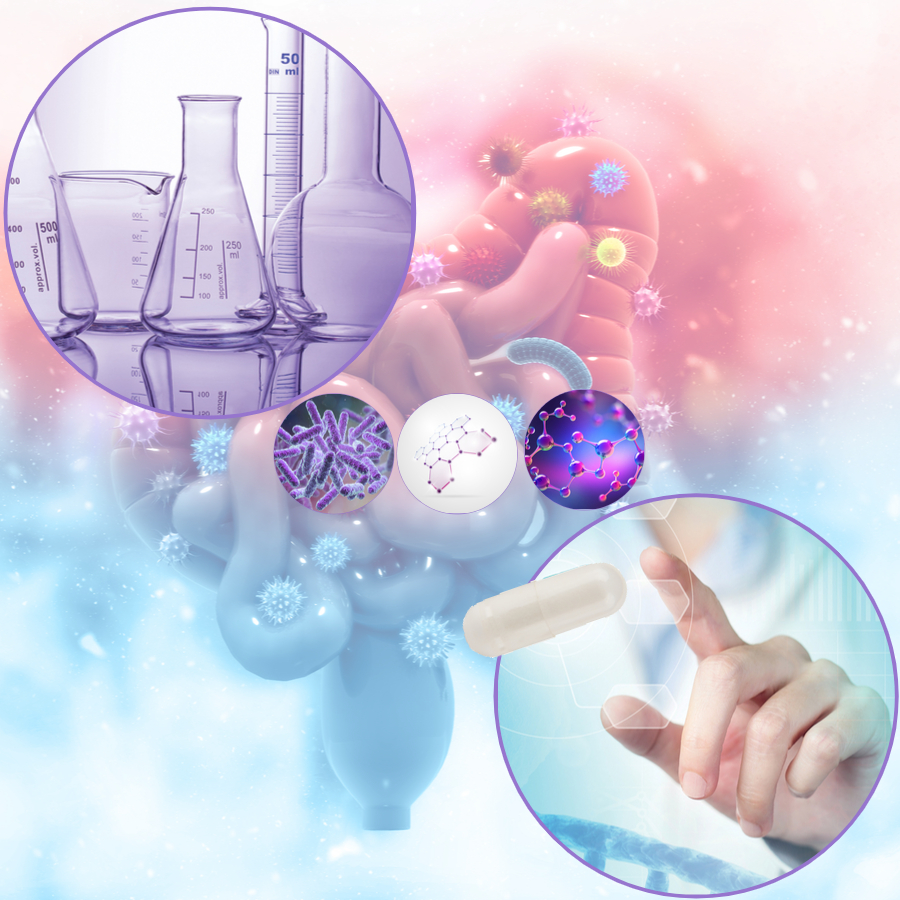 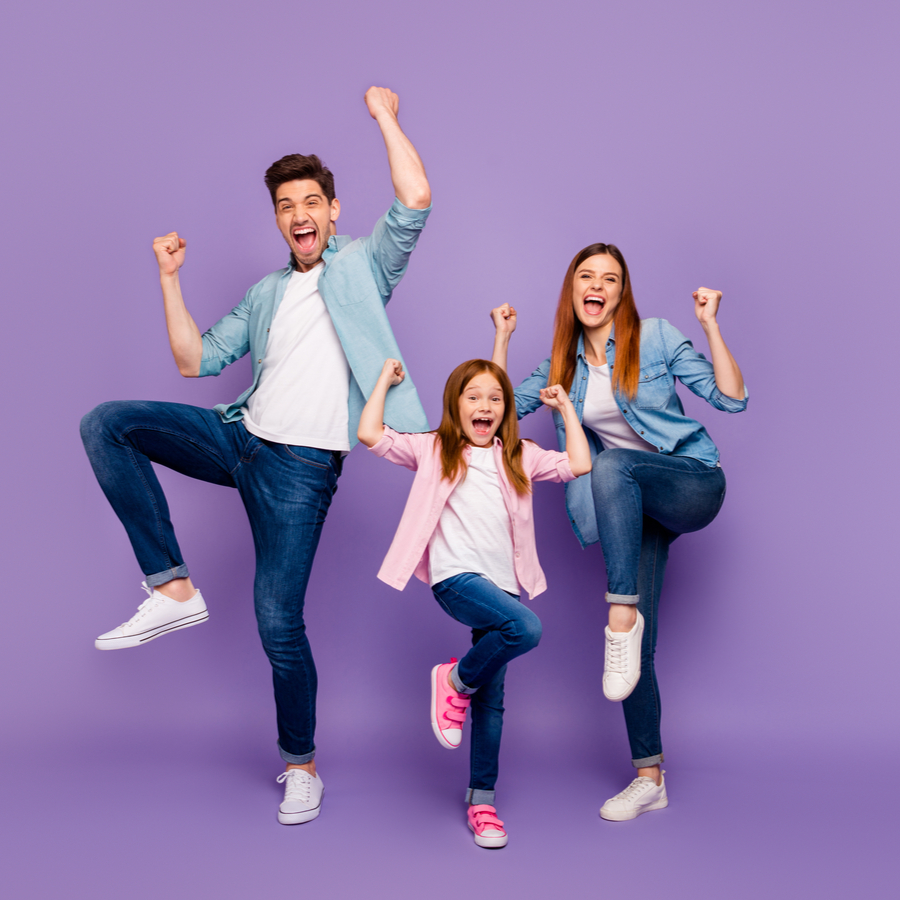 Probiotic-containing products have long been studied and appreciated for their positive effect on gastrointestinal (GI) health. The effects of a healthy microbiome reach far more widely than just your gut. Your gut flora affect much more than your digestive health – it affects the health of your entire body, including your brain. 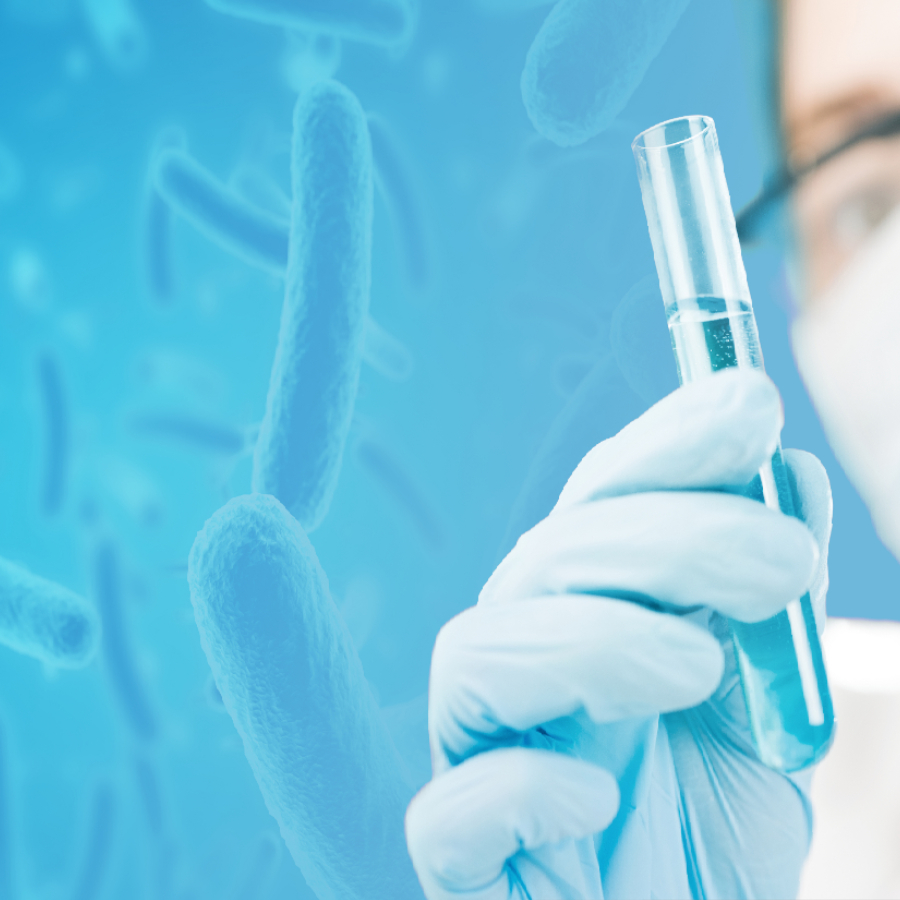 We have reduced numbers of probiotics due to stress, infection, antibiotic use, and various environmental factors. Probiotics are beneficial in the treatment of gut conditions such as IBS.1

An increasing body of clinical evidence, shows that the role of probiotics reach beyond the GI tract. Just during the last 10 years, numerous studies have shown the potential applications of probiotic bacteria in the mouth2 for prevention and/or treatment of oral diseases.3 The digestive tract starts in the mount, so it is no surprise.

Probiotic bacteria have also been widely recognized4,5 to have other health benefits such as:

The benefit of a probiotic is relative to the strain in contains. Two of the more commonly used species in probiotic supplementation, are Lactobacillus6 (more viable in gastric conditions compared to other probiotic species) and Bifidobacterium7 (ferments and digest complex carbohydrates). Lactobacillus and Bifidobacterium are classified as anaerobic bacteria – they require an oxygen-free environment to grow.8 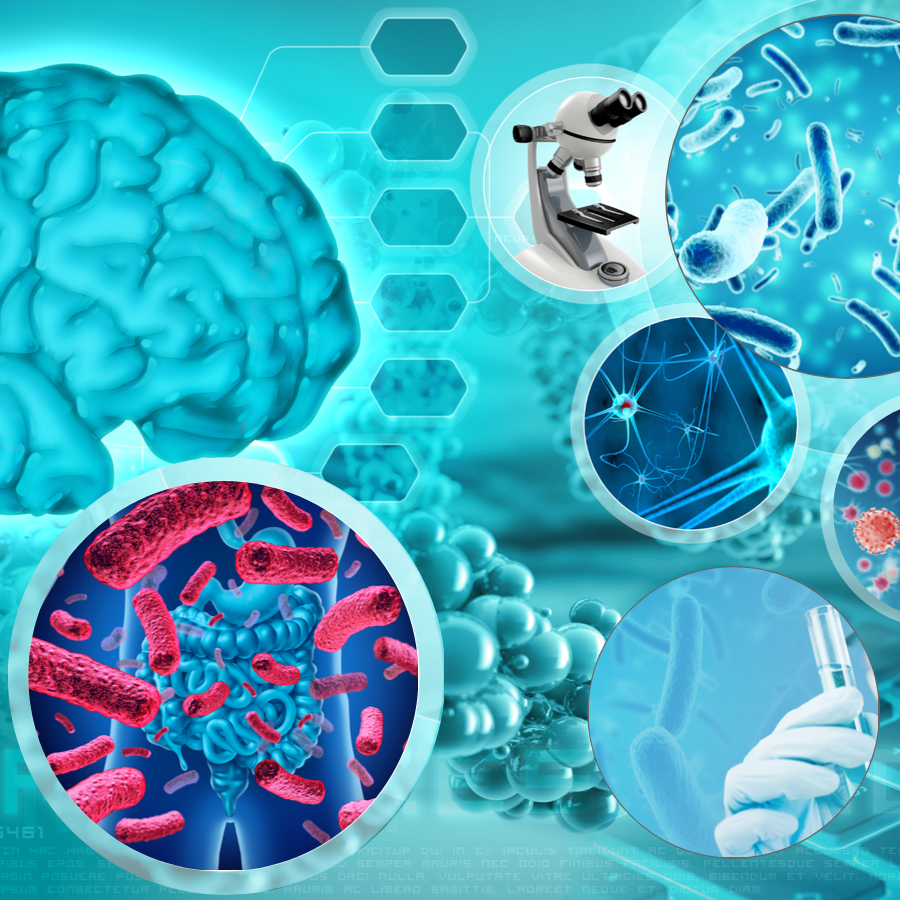 The importance of the gut-brain axis

Is the Secret to Improving Your Mental Health Hiding in Your Gut?

Bidirectional interactions between the brain and your gut flora, might have an important role in modulating the function of the gut.10 Signalling to the brain, the microbiota regulates metabolism, inflammation, hormonal and immunological levels, central and enteric nervous system and many don’t realize it, even your mood and behaviour.

Clinical evidence is mounting to support the role of probiotics to reduce anxiety and stress as well as improving mood.11 Research suggests that pathogenic and non-pathogenic gut bacteria might influence mood-related symptoms.12 Probiotic administration influences the availability of tryptophan, the serotonin precursor, and has a reduction effect on pro-inflammatory immune responses. There is encouraging evidence in support of the proposition that the probiotic Bifidobacteria, may possess antidepressant properties.13

Stress can cause leaky gut, enabling bacteria and toxins to enter the blood stream, causing an immune response that further affect the composition of the gut flora.14 Additional evidence of the importance of this gut-brain axis lies in the very high correlation between stress‐related psychiatric symptoms such as anxiety with gastrointestinal disorders including irritable bowel syndrome (IBS) and inflammatory bowel disorder (IBD).15

Growing evidence suggests cooperation between the gut flora and nuclear receptors.16 A decrease in the desirable gastrointestinal bacteria will lead to deterioration in gastrointestinal, neuro-endocrine or immune relationships and ultimately disease. Enters Progast® FloraCare. 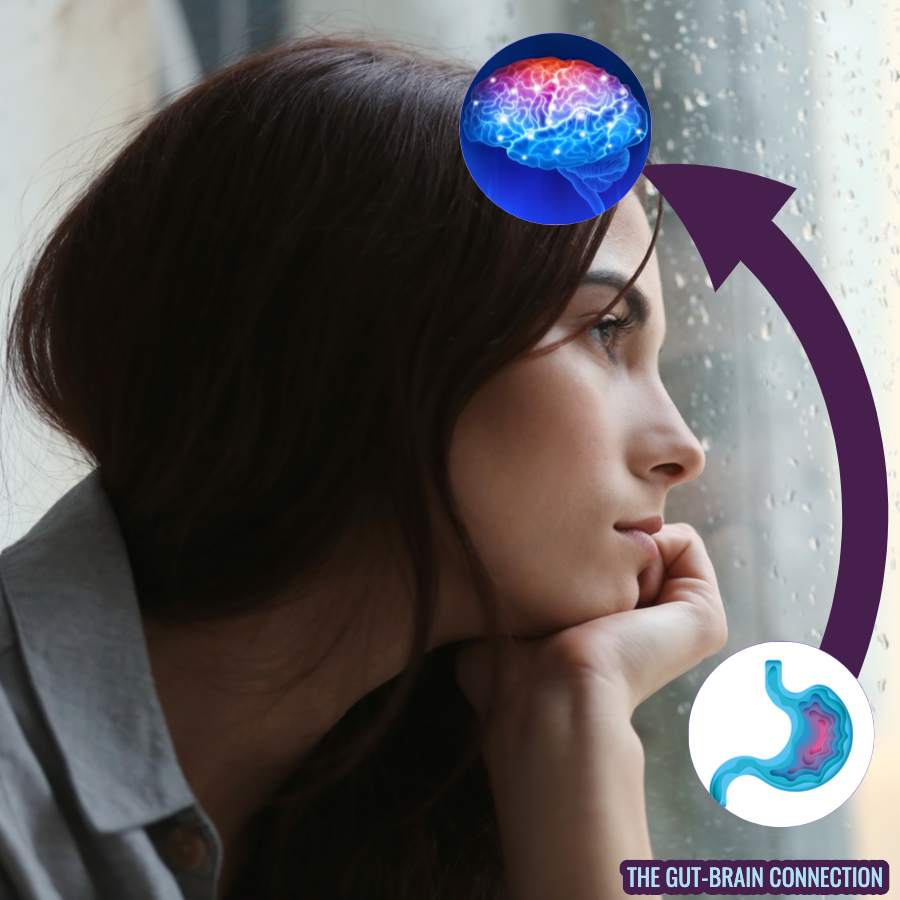 For a probiotic supplement to be effective, it has to not only survive the formulation process, but deliver large numbers of live probiotics and protect them from the harsh effects of the gastric environment and intestinal bile. See diagramme below.17 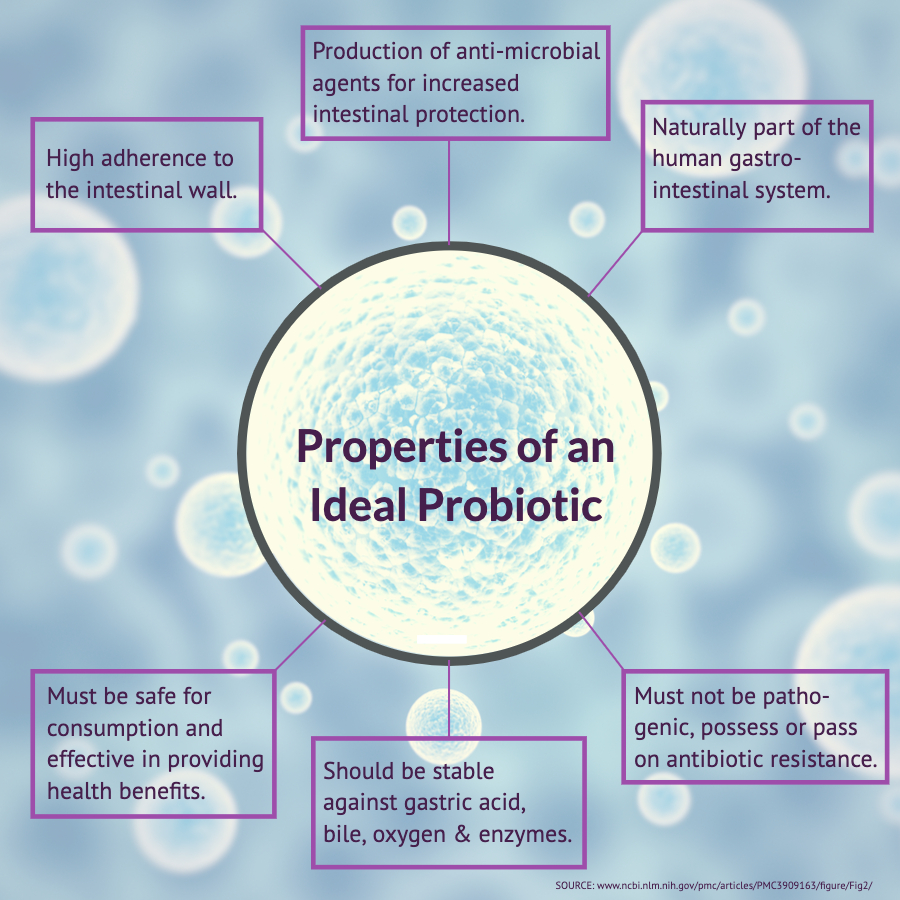 FloraCare makes use of DRcapsTM to provide efficient, targeted delivery. DRcapsTM is made from a novel hypromellose18 formulation that uniquely delays the release of the probiotics into the digestive tract, making it resistant to a low pH environment, such as found in the stomach.

A prebiotic, known to modulate the immune system.

β-Glucan is a naturally derived water-soluble polysaccharide consisting of glucose units. Because it is glue-like and produces short-chain fatty acids, it may delay glucose absorption into the blood, improving postprandial glucose and insulin levels.

β-Glucan has been shown to stimulate the function of innate immune cells and β-1,3-Glucan molecules are almost resistant to the acidic secretions in the stomach. Numerous systematic reviews and meta-analyses indicate the use of β-glucan as a prebiotic fibre.20

Anti‐inflammatory, antioxidant, antitumor, and antiulcer effects of ginger have been proven in many scientific studies, and some of the ancient applications of ginger as a home remedy has been confirmed.22

This popular herb helps to relax the smooth muscles in your gut lining and assists with digestion by speeding up the movement of food in the intestinal tract.23 Promising research shows ginger improves, maintains and protects the barrier function during gut inflammation. It did so by decreasing the levels of nitrite.24

The leaves of Perilla frutescens are commonly used as a traditional medicine in Korea, Japan, and China to treat a variety diseases. Perilla leaves are rich in rosmarinic acid, which has anti-inflammatory25,26, anti-oxidative27,28, anti-tumor29 and anti-microbial30 functions. A recent study31 showed the preservation of mucus and protection against cell death on a gastric mucosal ulcer, induced by non-steroidal anti-inflammatory drugs. The findings demonstrated that perilla leaves were capable of protecting the stomach against gastric ulcers through anti-inflammatory mechanisms. 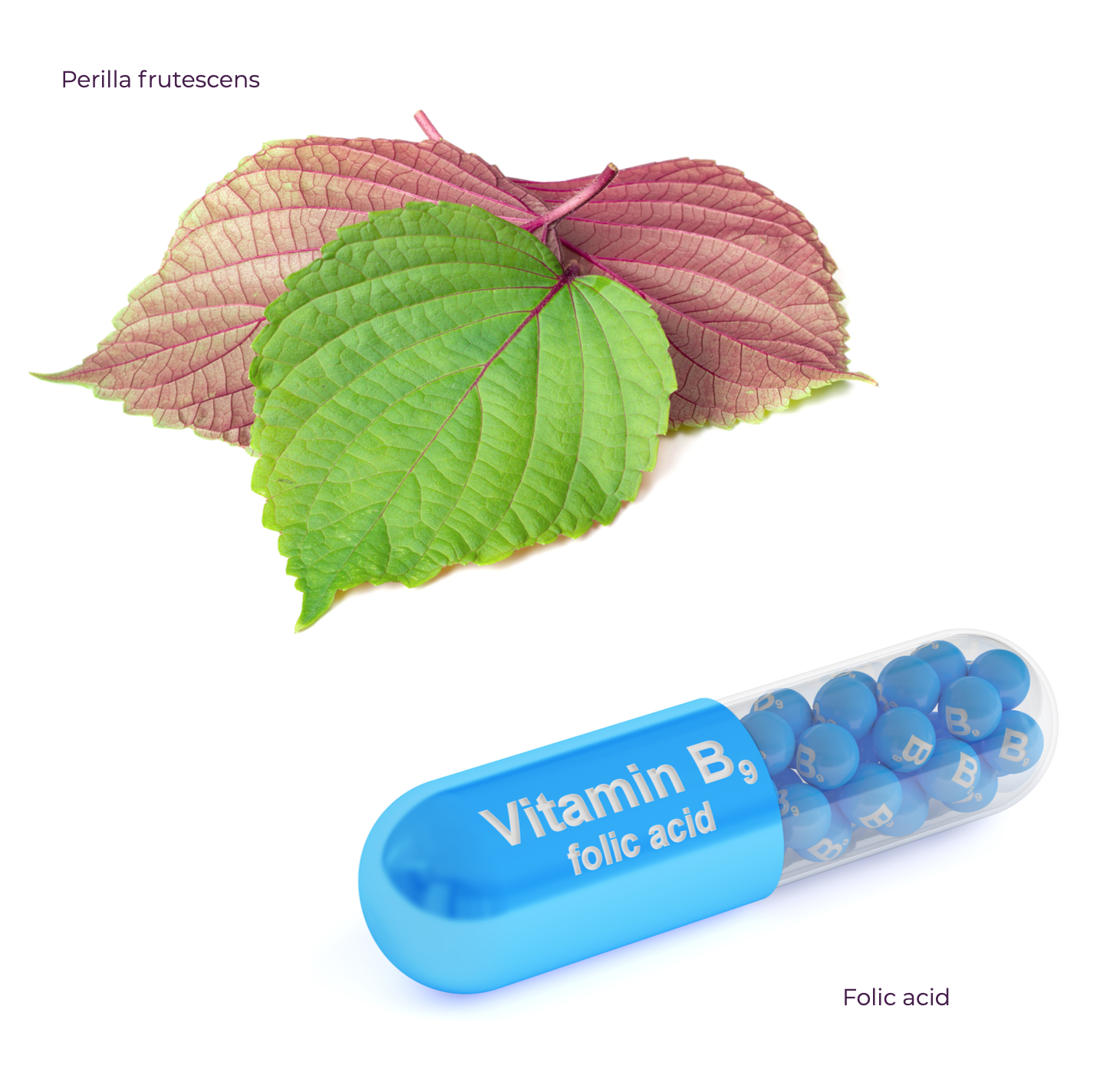 Folic acid is a synthetic form of water-soluble vitamin B9 that may be of use to treat atrophic gastritis by preventing or reversing the precancerous lesions. It has been reported that diminished folate status is associated with colorectum cancer. Folate deficiency enhances the development of colonic dysplasia and cancer, providing convincing evidence for the cause and effective relationship between diminished folate status and colon cancer.32

Zinc Gluconate is an essential mineral and nutrient in the gut barrier function, and zinc supplementation may aid in restoring the gut lining, ensuring that the intestinal wall is strong and non-porous. 33 Recent studies show that zinc deficiency induces damage to the gut membrane barrier.

According to the World Health Organization, diarrhoea kills an astonishing 1.6 million children under five every year. A study34 confirmed that zinc supplementation is effective at treating diarrhoea by reducing the duration and severity, and also helps prevent future bouts of the condition. 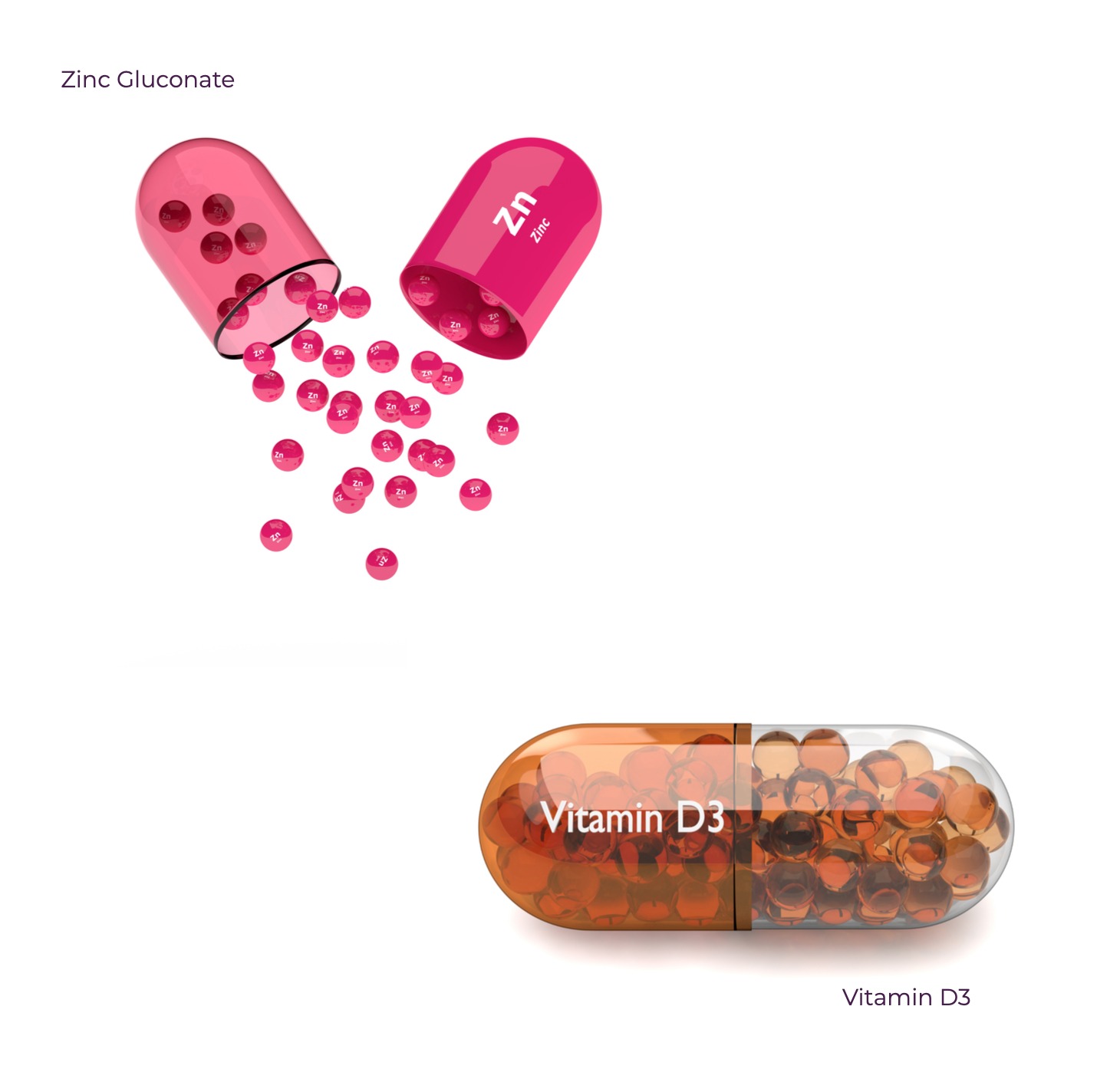 Vitamin D deficiency is common in those with inflammatory bowel disorder. Vitamin D is an anti-inflammatory and supports the integrity of the intestinal barrier. According to a study, published35 in the journal Gut, the higher the blood levels of vitamin D, the less likely people were to develop colorectal tumors. Vitamin D, the authors suggest, interacts with the immune system to prevent the growth of this type of malignancy.

The senior author, Dr. Shuji Ogino, an associate professor of pathology at the Dana-Farber Cancer Institute in Boston, said: ‘ Vitamin D boosts immunity not just in cancer, but in fighting infections as well.’

Selenium is an essential mineral with anti-inflammatory, antiviral and anti-cancer potential.36 The composition of the gut microbiota affects selenium levels and intestinal microbes compete for available selenium. So basically Inflammatory bowel conditions can contribute to selenium deficiency, making the gut more vulnerable to disease pathologies. Selenium deficiency increases inflammation and oxidative stress, and the resulting damage to the lining of the gut can actually contribute to gut permeability.37 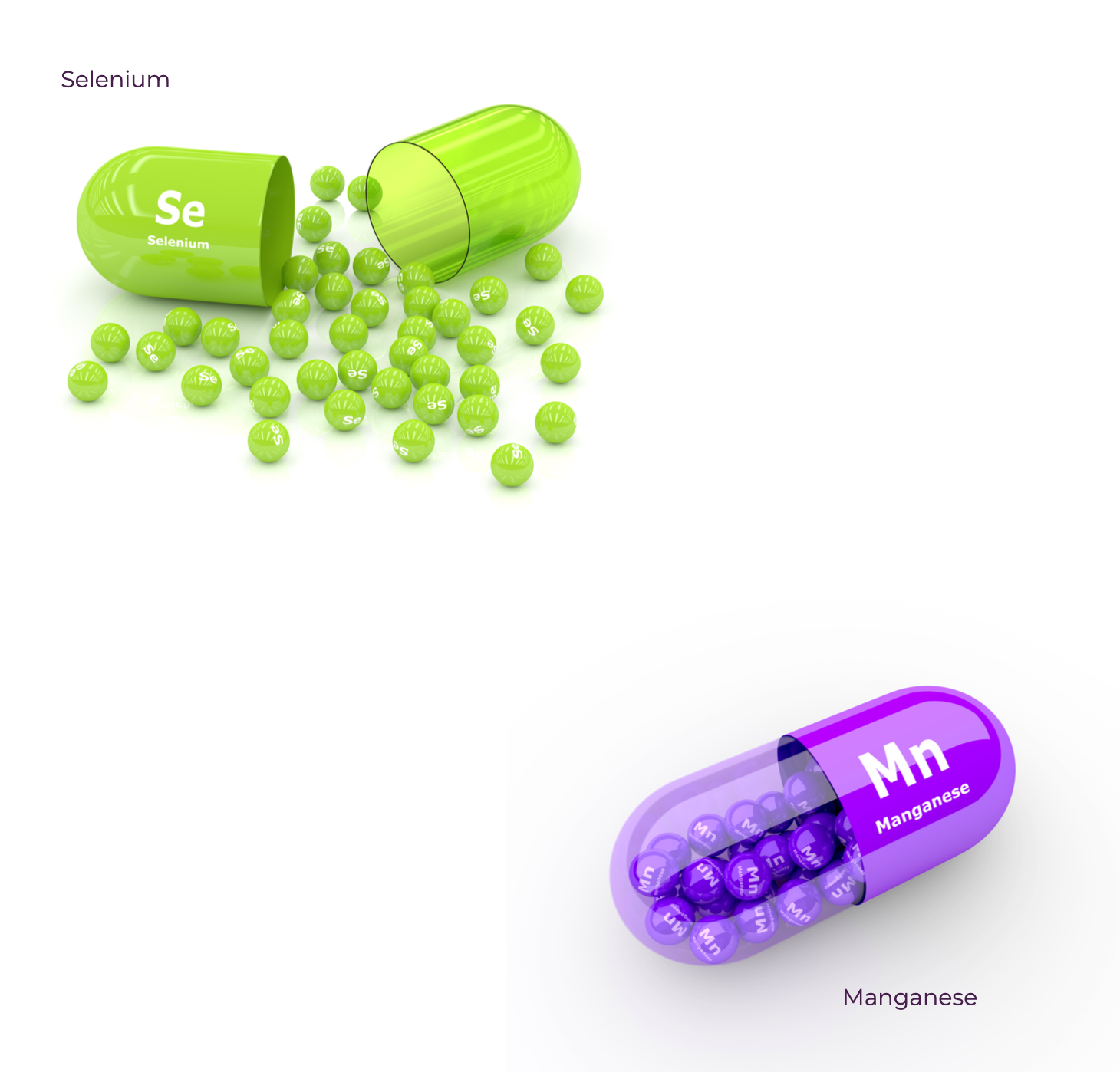 Manganese is an important micronutrient that plays a vital role in the metabolism of nutrients. It appears that manganese may contribute to decreasing inflammation and pain associated with inflammatory diseases. Manganese has the ability to effect growth on lactobacillus.

As editor, publisher and founding member of Natural Medicine Magazine, Daleen has been researching and publishing on natural health spanning over 25 years. She has an in-depth knowledge on all aspects of health and natural products. She has a passion for knowledge and strives to share the work of the brightest minds and biggest hearts in healing. She is the mother of three children.
Toggle Sliding Bar Area
Go to Top