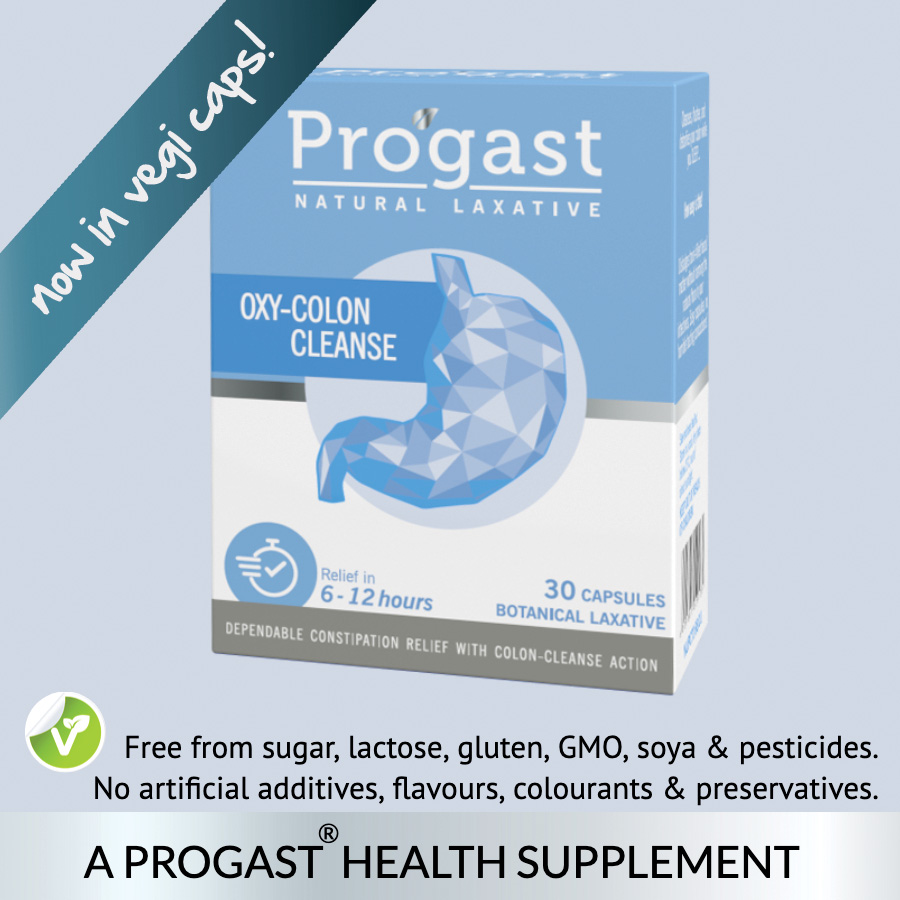 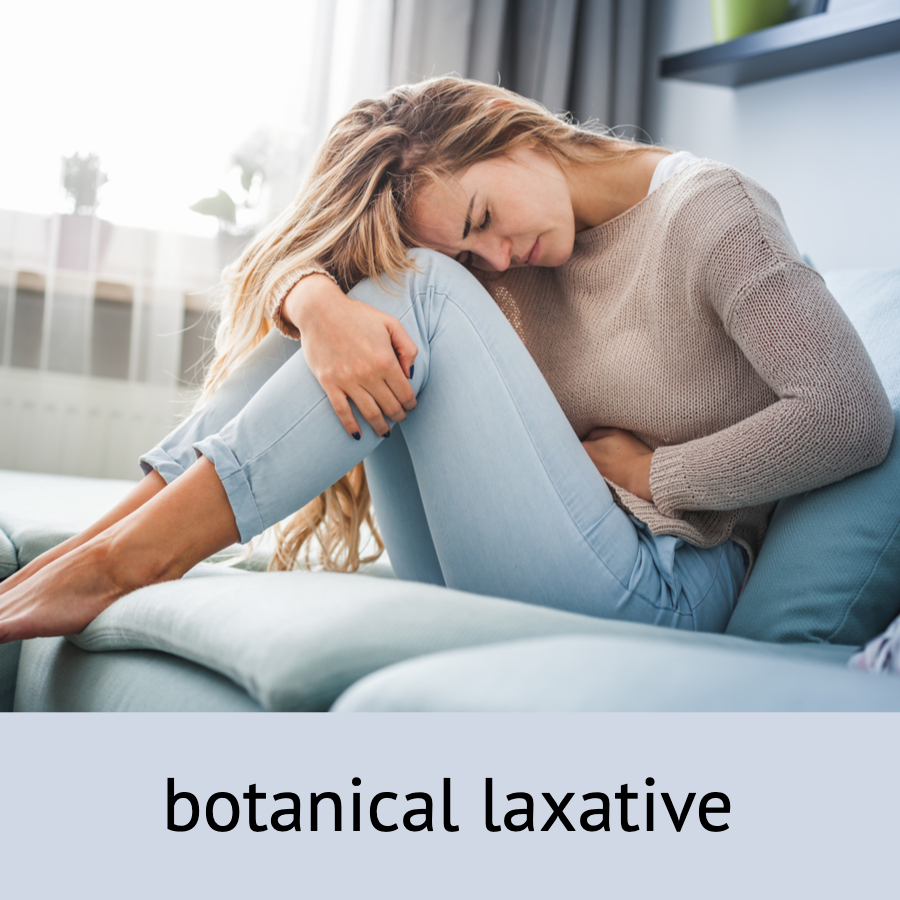 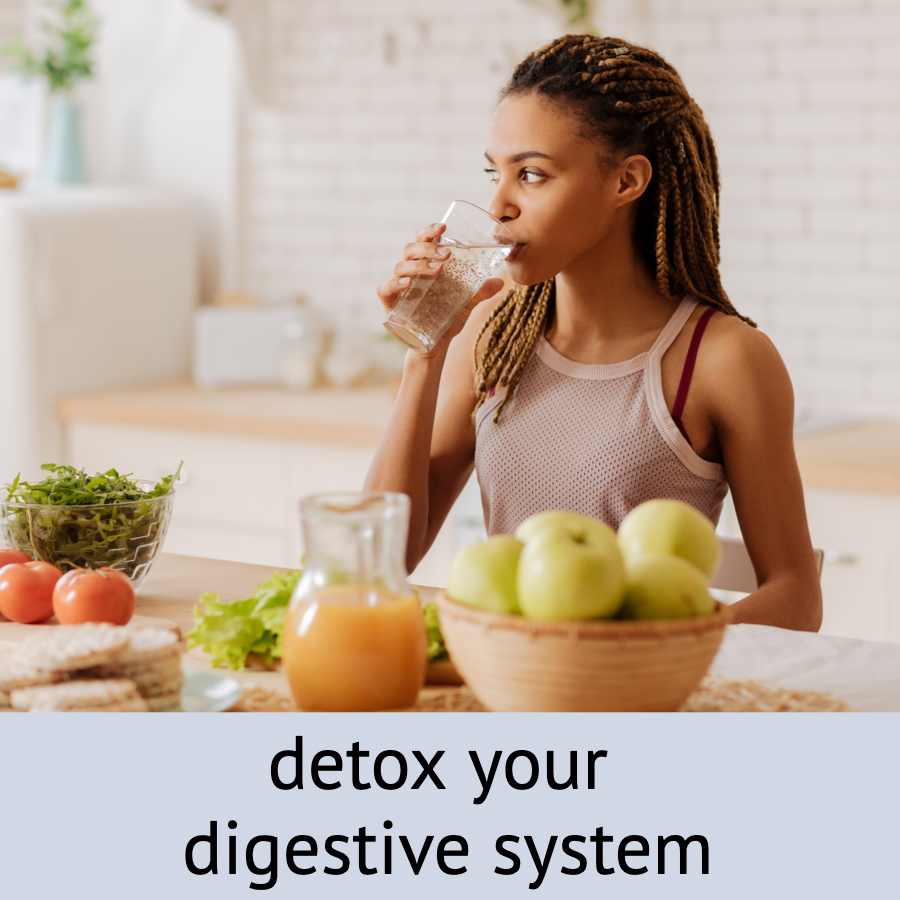 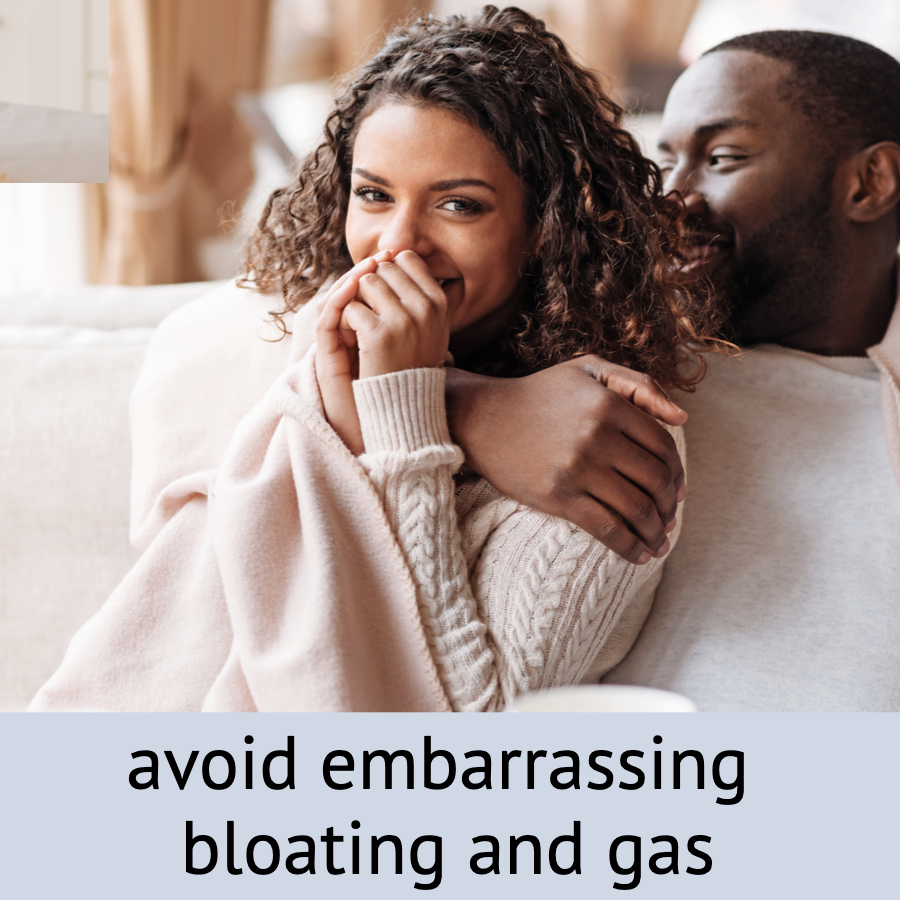 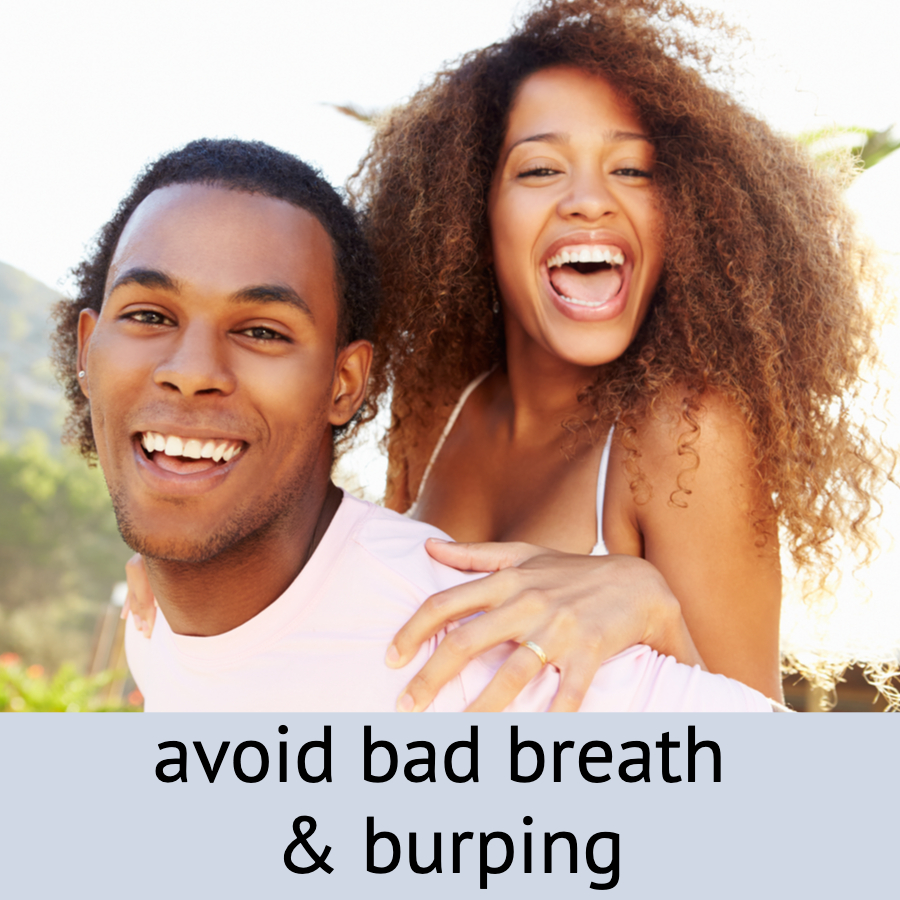 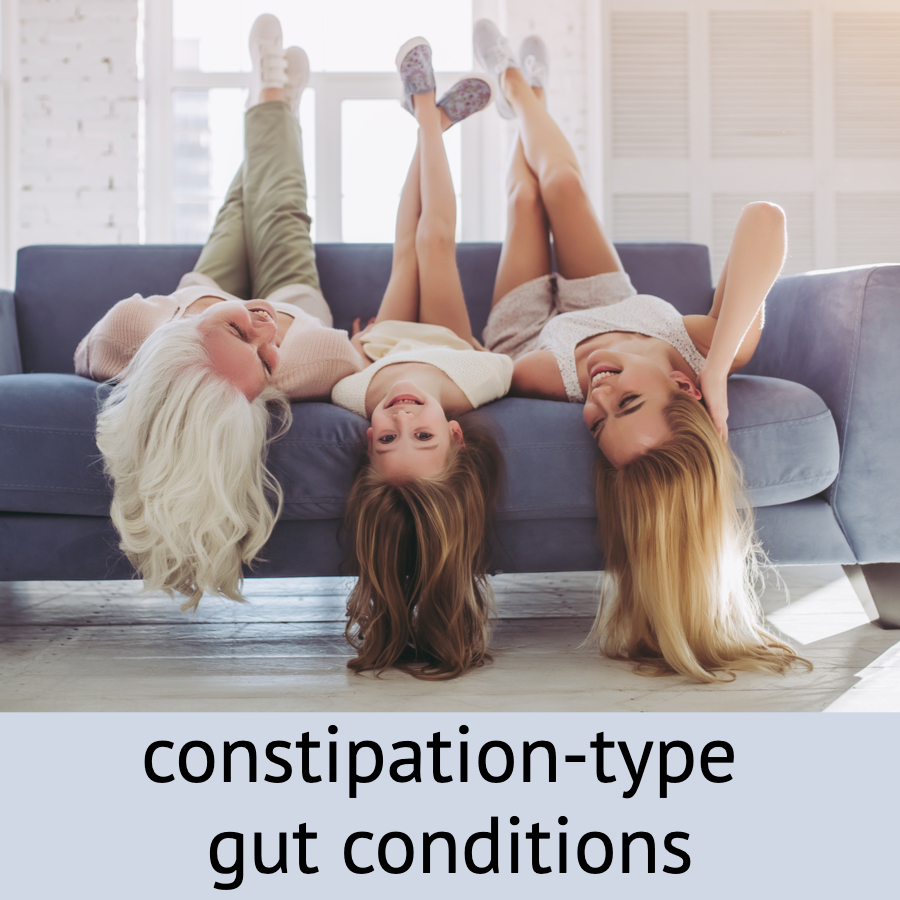 A healthy bowel eliminates waste effortlessly and odourlessly once or twice a day. The bowel is forgiving, not forgetful. It is tolerant, but to a point. Its vocabulary is limited; when insulted, it bloats, cramps, screams, or becomes lifeless. When the offence continues, it ulcerates and bleeds.

By middle age many people have as much as 7 kg of undigested, putrefactive food in the colon. Toxins produced from this putrefactive build-up are absorbed back into the bloodstream creating ‘autointoxication’ or self-poisoning – also known as bowel toxaemia. Bowel toxaemia results in a dramatically weakened immune system and can lead to serious debilitating health problems.

Symptoms that a colon cleanse is necessary

The importance of a clean colon

Complete digestion is necessary for nutrient absorption and to avoid waste product build-up that can cause toxins to be re-absorbed.1 Despite a lucrative laxative industry, chronic constipation and fecal impaction (waste that becomes stuck in the colon) remain common gastrointestinal conditions. Prescription medicine is very common as a means of treating constipation. Statistics have shown that 43% of whites and 76.6% of blacks in South Africa indulge in the use of laxatives, out of which 14.3% and 21.5% respectively use more than one laxative at a time for the treatment of constipation.2

Some laxatives irritate the bowel to stimulate fluid secretion, causing the bowel to eventually become ‘lazy’ – so best to choose the natural way.

Chronic constipation – a symptom, not a disease

In South Africa, 29% of the population suffer from constipation, especially in the elderly.5 That is very high when compared to the global average of 14% of adults. According to Rome III, a diagnosis of functional constipation is made when at least two of the following criteria are met for the last 3 months with symptom onset at least 6 months prior to diagnosis:

Constipation is not merely the presence of pellets of dried, shrunken, and hard material, eliminated with a struggle a few times a week. Constipation is a weak bowel. It is the absence of two or three effortless and odourless bowel movements a day – without bloating, urgency, discomfort or mucus. The stool should be formed – shaped as a cast of the colon – and sink readily in the water in the bowl. There should be no visible mucus on the stool or in the toilet bowl.

The product has recently changed from blue gelatine capsules to clear vegetable capsules. The formula is exactly the same and now completely plant-based.

Relieves symptoms of indigestion (such as acid reflux) and helps to relieve constipation.

Magnesium plays a critical role in muscular contractions; cramp prevention and calcium and oxygen transport throughout the cells of the human body. Magnesium based oxides release oxygen throughout the digestive system to assist in the removal of accumulated toxins and mucous, that obstruct cellular membranes and clog elimination systems. For all oxygen functions in the body, the bowel is as important as the lungs! Magnesium has a direct positive effect on our gut flora.6,7 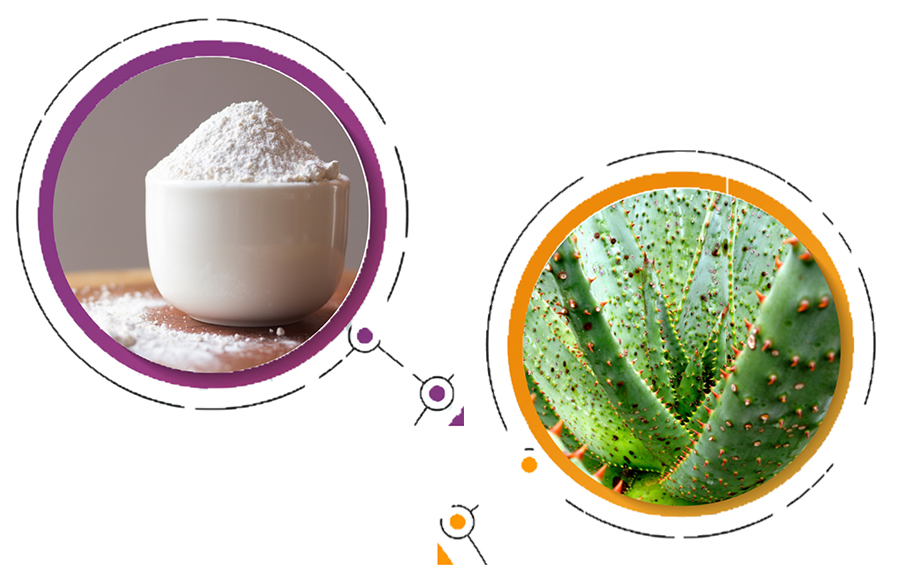 Aloe is an adaptogen and assists in the regulation of the elimination cycles.

Aloe ferox (commonly known as the bitter aloe or Cape aloe) is an important traditional medicine against many ailments in its native South Africa.8 One such use is as a laxative agent. The aloe bitters contain anthraquinones, mainly aloin and alecin, as well as resins. Aloin is pharmacologically inactive, but when ingested it is converted by the bowel flora to aloe-emodin anthrone, which has primarily a laxative effect. As the aloin has to reach the colon before any effect can occur, it takes about 8 hours to work. A dose taken at bedtime, therefore results in a bowel movement the next morning.9

The genus name Aloe, from Latin and Greek, is translated as ‘famous for its bitterness’. The bitterness is due to the yellow bitter leaf juice that flows from the fleshy leaves when you cut them diagonally at the base of the leaf. This dries into a hard, dark brown, opaque mass, which is known as ‘Aloe’.

The anti-inflammatory effects of orally administered aloin have been demonstrated in animal experiments.10  The inactive aloin passes harmlessly through the stomach on the way to the colon leaving the stomach unaffected. Aloe ferox has been traditionally used as a vermifuge. 11 Aloe also helps to decrease the amount of unfriendly gut bacteria, keeping intestinal flora in balance.

In a 2010 study published in the journal BMC Gastroenterology,12 the effect of Aloe Ferox powder compared favourably with the laxative Senokot. Aloe ferox was effective in ‘influencing increased defecation frequency, fecal volume and motility of the colon.’

A well-established medicinal plant for the treatment of constipation.

Rhubarb has been used as a first-choice herb for constipation, for thousands of years in China. There are about 200 compounds isolated from rhubarb, including its main chemical compositions: anthraquinones, stilbenes and polysaccharides. Rhubarb shows extensive pharmacological activities including gastrointestinal, antimicrobial and anti-inflammatory.13

The liver detoxifies toxins produced in the gut and Rhubarb protects the liver.14 Furthermore, Rhubarb, with diuretic and other effects, protects the kidneys and speeds up the excretion of waste. Rhubarb is used to treat haemorrhoids, gastrointestinal bleeding clinically as it has a contracting effect on the tissues or blood vessels.15 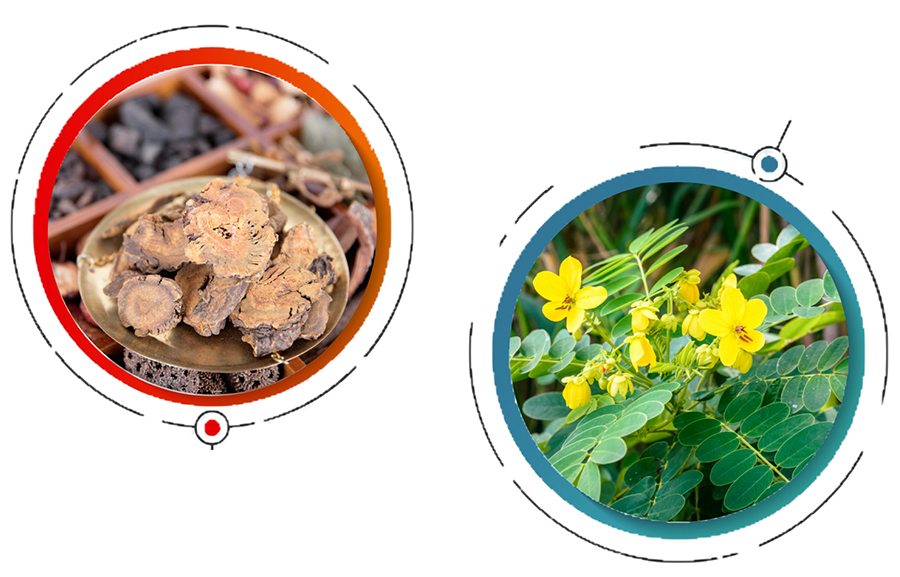 Senna is the gentlest of the stimulant laxatives.

The leaves and the fruit of the Senna herb, have been used to make medicine at least since the 700s. Their action is due to free anthraquinones (also found in rhubarb and aloe mentioned above). Anthraquinone glycosides called sennosides, have been identified as: A, B, C and D.16

Sennosides are known as stimulant laxatives, used to clean out the intestines before a bowel examination such as colonoscopy or before surgery. The breakdown products of Senna irritate the colonic wall to induce fluid secretion and colonic motility.17

Curcumin has an anti-inflammatory effect on bowel symptoms.

Turmeric (Curcuma longa) is the root of a flowering plant of the ginger family. Turmeric has been traditionally used in Indian, Chinese and Western herbal medicine for managing abdominal pain and bloating, bacterial infections and digestive issues for thousands of years.

Turmeric improves intestinal flora, aids in digestion of protein, and treats gas and colic.18 Because of its higher bioavailability in the gastrointestinal tract than in other organs, the therapeutic potential of curcumin has been investigated in several studies of digestive diseases.

A potential role for curcumin in ulcerative colitis patients is supported by a randomized, double blind placebo-controlled study.19 In another study, curcumin supplementation showed decreased abdominal pain intensity and improved quality of life in IBS patients.20 Curcumin clearly has an effect on bowel symptoms and the emerging role of intestinal inflammation and immune activation in functional bowel diseases.21 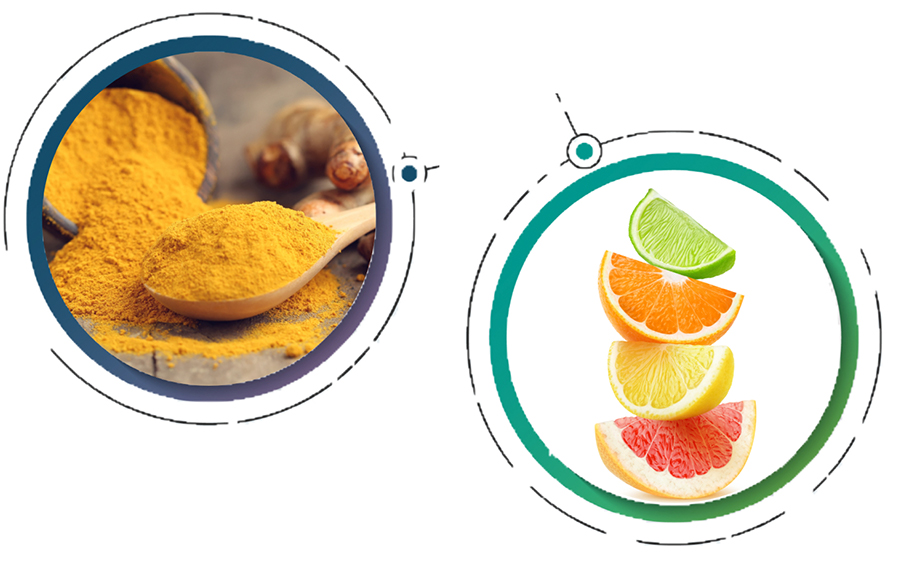 Bioflavonoids help protect your cells from free radicals and oxidation.

Bioflavonoids are colourful substances that occur widely in the plant kingdom. Citrus bioflavonoids (a lesser-known nutrients in citrus fruits) have strong antioxidant properties. They help clear the body of toxins and to fight microbial infection. Free radicals are byproducts of natural processes like digestion and respiration.

Bioflavonoids can increase capillary resistance and strengthen the walls of blood capillaries, –  helpful for hemorrhoids.22 There are many studies which have demonstrated the antimicrobial and antifungal effect of citrus bioflavonoids.23

An imbalanced gut microbiome (dysbiosis) can cause constipation and constipation-type irritable bowel syndrome. Constipation can in turn cause dysbiosis. We need to clear the colon, and then rebuild the microbiome.

Dysbiosis means a disruption in the delicate balance in the populations of bacteria and fungi constituting the gut flora. Gut dysbiosis have significant consequences for disease, notably in cancer pathogenesis. Colon cancers are reported to be caused by certain microbial species that are toxic to living cells. Anyone over 50 should have a colonoscopy every five years to detect polyps, which can be a precursor or indicator of bowel cancer. Dysbiosis often requires removal of the offending microbe and restoration of gut ecology.

In addition to Oxy-Colon, we suggest taking FloraCare; as probiotics, prebiotics, and synbiotics are effective treatment options for a variety of gut conditions. See the review here: Progast® FloraCare Forte

Dosage and directions for use

Take at least 2 hours before or after food or supplements with 300 ml of water. Take at night before going to bed. One to 2 capsules should provide 3 to 5 bowel movements. Repeat for 7 days during a colon cleanse. Maintenance dose is 1 capsules 2 to 3 times a week or as desired.

Side effects and warnings

Patients with pre-existing liver and kidney diseases should consult with their doctor before starting treatment on Progast® Oxy-Colon Cleanse. Do not use during acute diarrhoea or dehydration. Safety during pregnancy and lactation has not been established. Prolonged use or overdose with Senna and Rhubarb may cause abdominal discomfort such as colic and cramps. 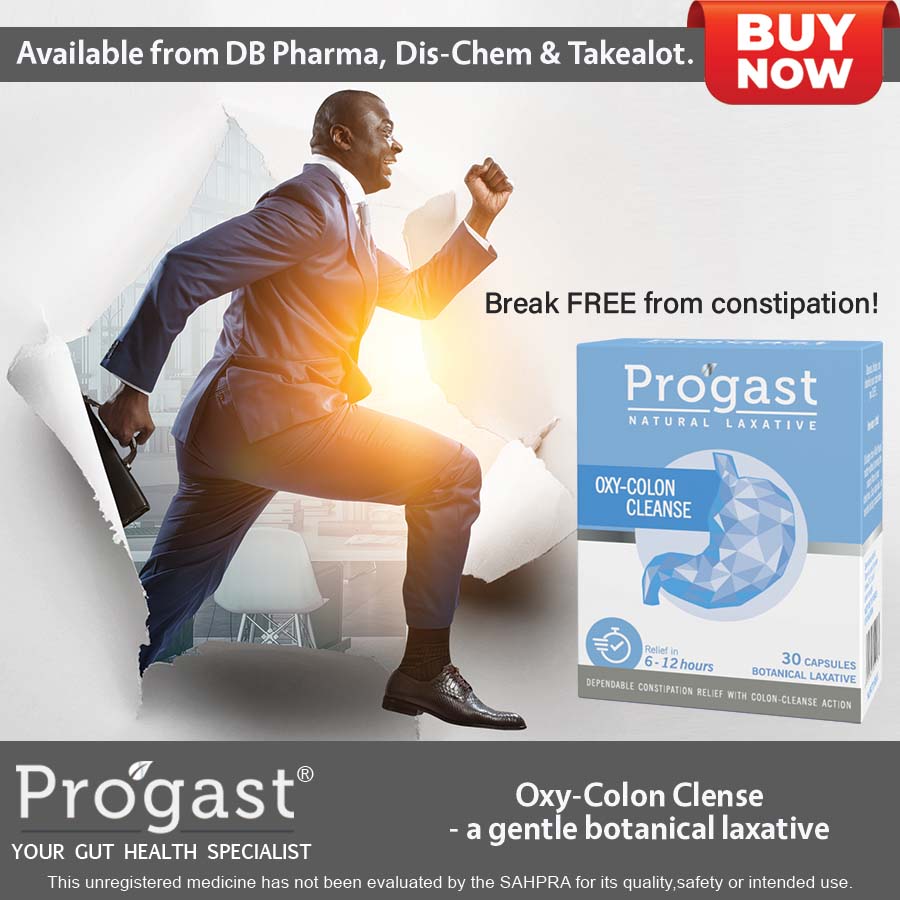