Why and How to Stop Smoking – the final showdown 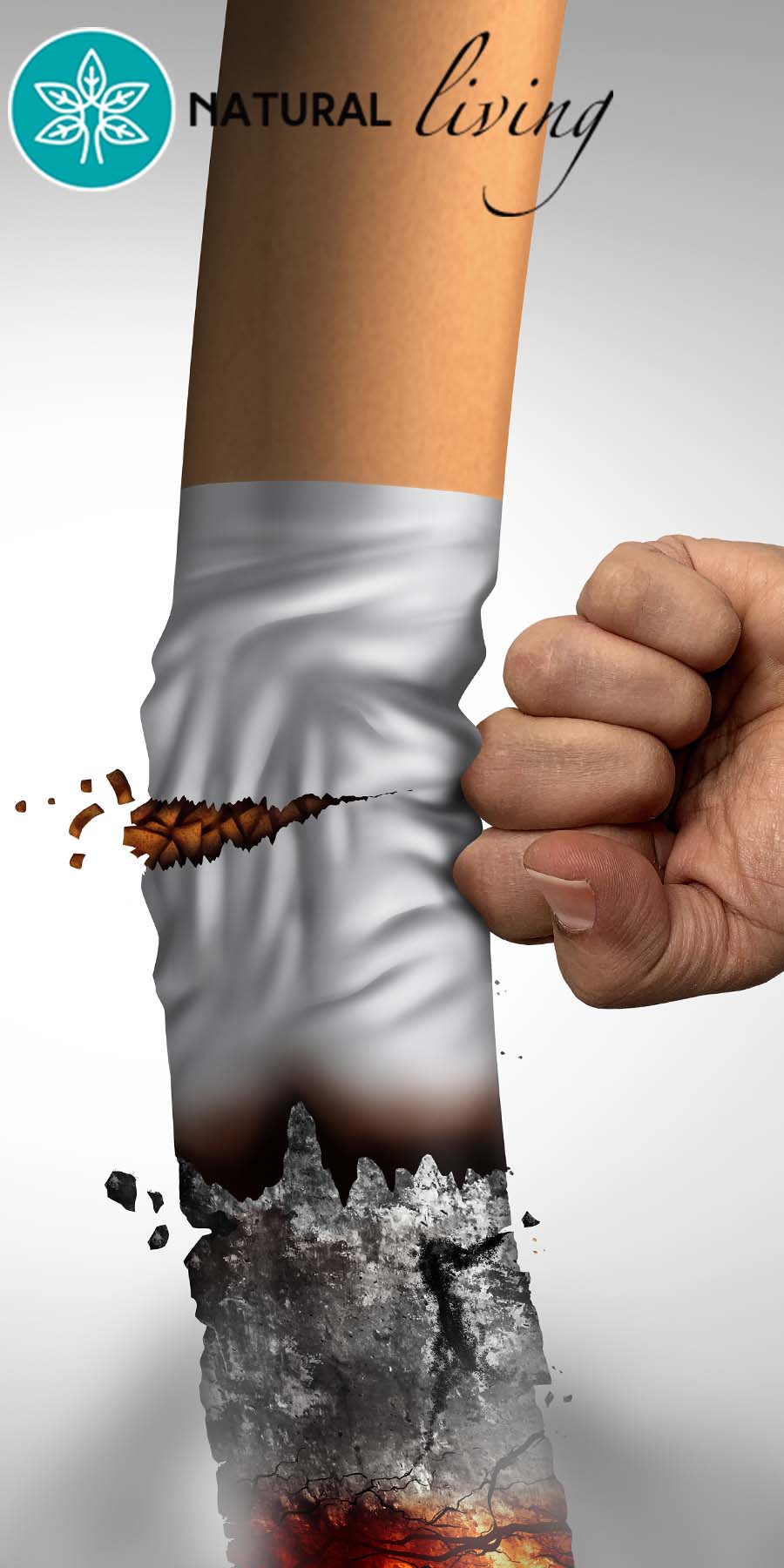 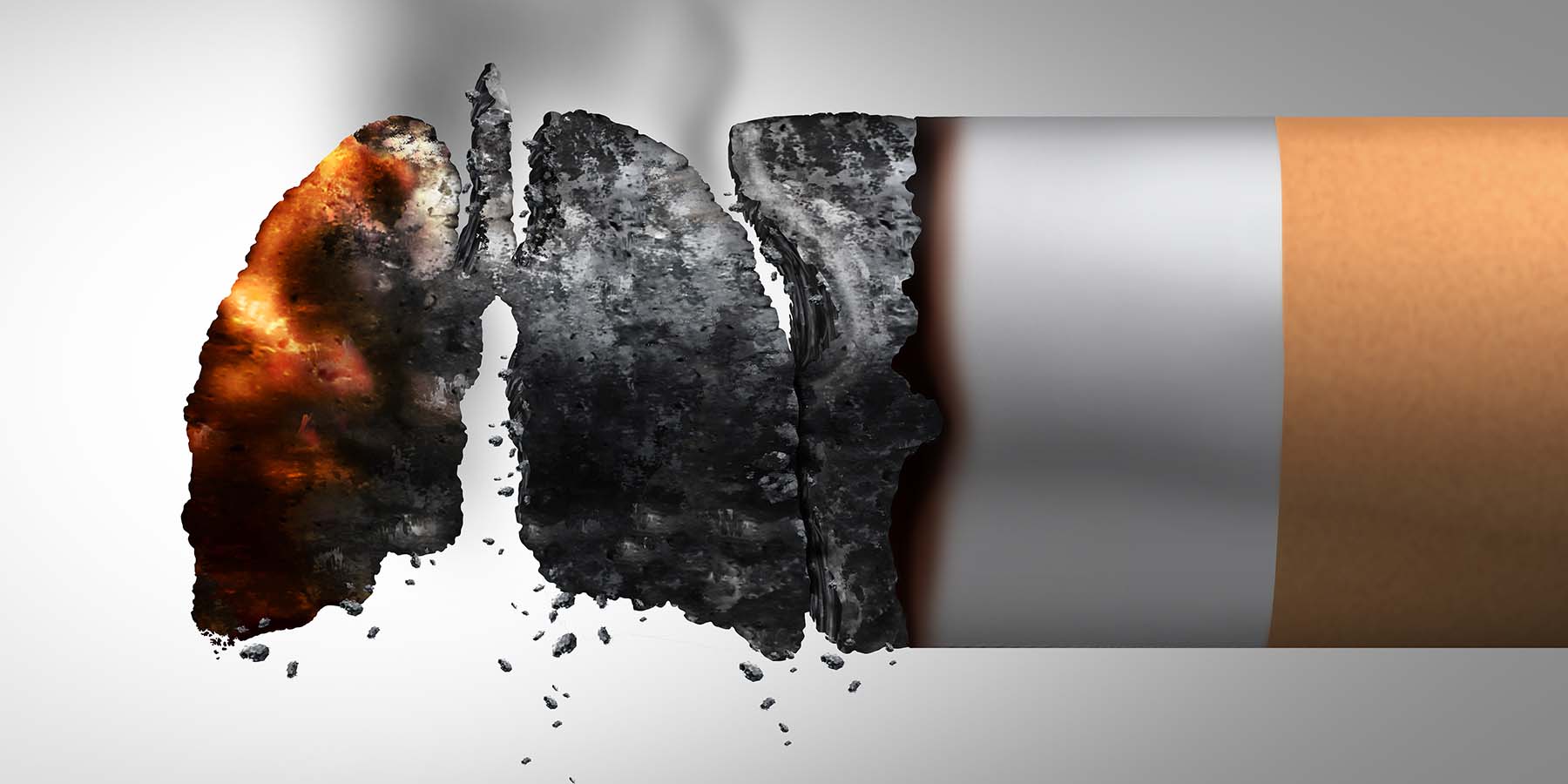 ‘I know all the mind games smokers play, all the defence mechanisms they employ to continue their habit, as well as the frustration and low self esteem of not being able to give up such a bad habit’. Writing from the ‘inside’ with the passion of one who knows, Dr Lowies describes the physical and psychological effects of smoking. He shares successful and practical ways to quit.

After 20 years of smoking 20 Camel cigarettes a day (I obviously identified strongly with Camel man), I finally got it right in 2006 and kicked the filthy habit at last. But what a struggle it was – it included a couple of ‘mock charges’ during the 20-odd years – I actually succeeded in quitting a couple of times for periods of up to 2 years. Mostly this abstention was interspersed with fallbacks, usually starting with a single ‘innocent’ cigarette at a braai deep in the bushveld with close friends, or even with a single pull on a friend’s cigarette at a great party. And so the insidious process of becoming a smoker started again – the single cigarette you buy and smoke after that first one, leading to the first packet of cigarettes after you get fed up with all the ‘loose draws’.

Well if you are a smoker, now is the time to quit. If you continue to believe that smoking is no danger to your health then you are in denial… and probably prefer to believe in the tooth fairy as well! There has never been a better time to quit smoking, and hopefully the facts and advice in this article will nudge you into action to take that final committed decision. 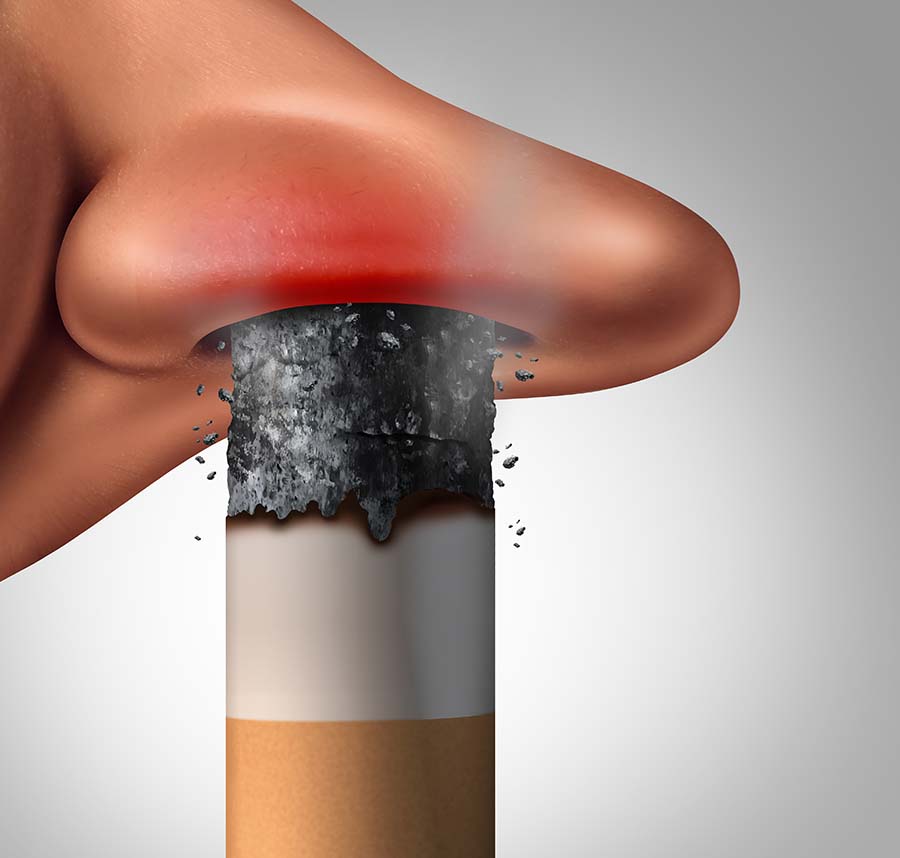 WHAT ARE YOU PUTTING IN YOUR LUNGS?

Let’s get straight to the point. The synonym for ‘cigarette’ is ‘poison’. The following are only a few of the dozens of poisonous chemicals one inhales:

It might actually be less unhealthy to suck on an exhaust pipe a couple of times! The above list is just a sample, but it gives one a view of the ‘nasties’ present in cigarettes. These not only destroy health but are also highly addictive.

WHAT DOES SMOKING DO TO YOU?

Smoking is harmful to every organ and system in the body. It can also be detrimental to your relationships and marriage, and it is the single most potent lifestyle risk factor. As with a longstanding enemy, it helps to be equipped with knowledge about this opponent before you get into the ring for 15 rounds of sparring with ‘Mr Cigarette’. If you are not careful and do not stay away from this villainous opponent it will literally knock your lights out at some time in your life. Here are some well-researched facts from on what smoking can do to you. 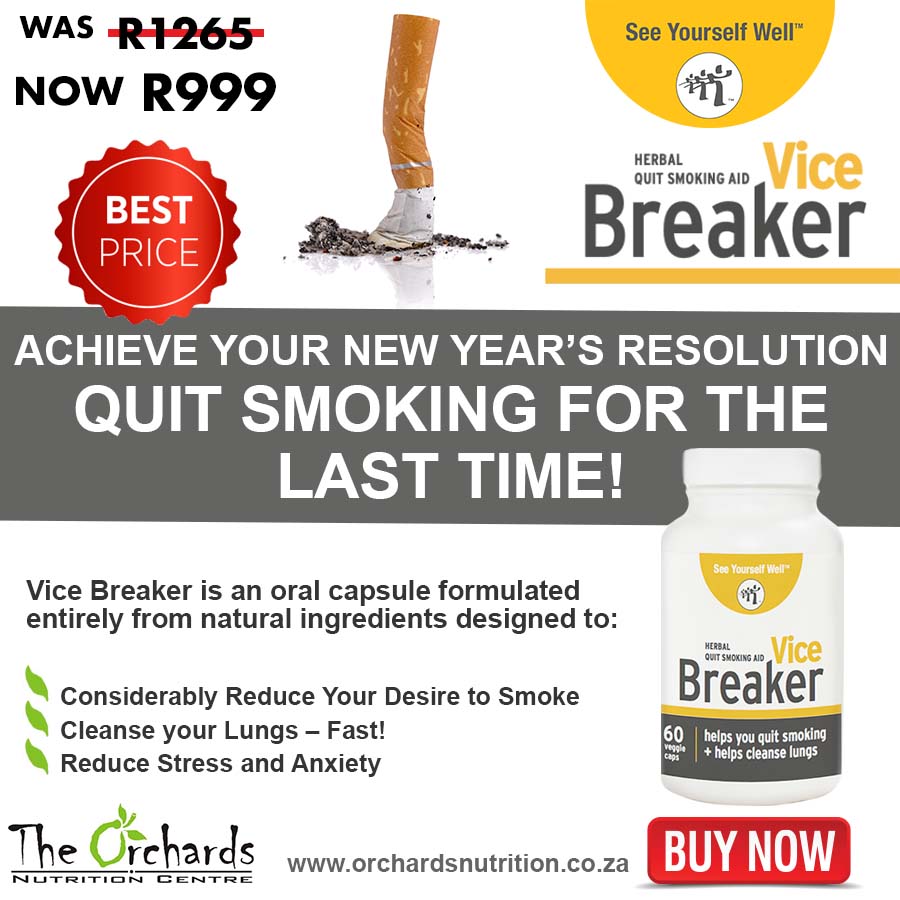 THE PHYSIOLOGY AND PSYCHOLOGY OF SMOKING

If you want to stop smoking you will make a huge mistake to underestimate the physiological (physical dependence) and psychological (psychological dependence and payoffs) power of tobacco and smoking. We deceive ourselves, or as we say in psychology, we ‘screen’ reality, until it fits our expected picture. The following statements are all twisted truths. Irrational thoughts should be challenged as such.

The poison in cigarettes induces physical dependence. Imagine your whole body, every organ and cell, being saturated with these dozens of poisons for years. When you stop smoking the poor receptor cells (the cells that pluck nicotine and the other poisons from the blood and intercellular fluids) go haywire – and throw the equivalent of a momentous temper tantrum. You have trained those receptor cells for years by feeding them measured poison – and suddenly you deny them that poison. They will take a while to forgive you for that, and will make you pay dearly if you keep them famished from their hourly fix.

‘REVENGE’ OF THE RECEPTOR CELLS AND PSYCHE

The ‘revenge’ exerted by the receptor cells and psyche when one gives up smoking is also known as ‘withdrawal’. The formal definition of withdrawal symptoms is ‘the physical and mental changes that occur following suspension of drug use’. These symptoms are usually temporary and are the result of the adaptation of the body and mind to long-term drug use. Withdrawal symptoms differ from person to person, and can range from negligible to extreme. You may experience the following withdrawal symptoms:

These symptoms are usually short term, lasting from a week to a month or two. They are a small price to pay for freedom from this hazardous slave master and poison. But wait – there is more. If you think that you can tackle such a heavyweight opponent with only good will and positivism, you underestimate this poison. You are then one of the people that Dr Phil describes so eloquently as ‘just not getting it’. You have to be prepared, you have to be armed with precious knowledge and steely-eyed tenacity in order to kick this poisonous habit.

What follows is solid, scientific, invaluable, tried-and-tested, insider information on ways and means to stop the poisonous habit of smoking for once and for all. There is help, and there is hope. 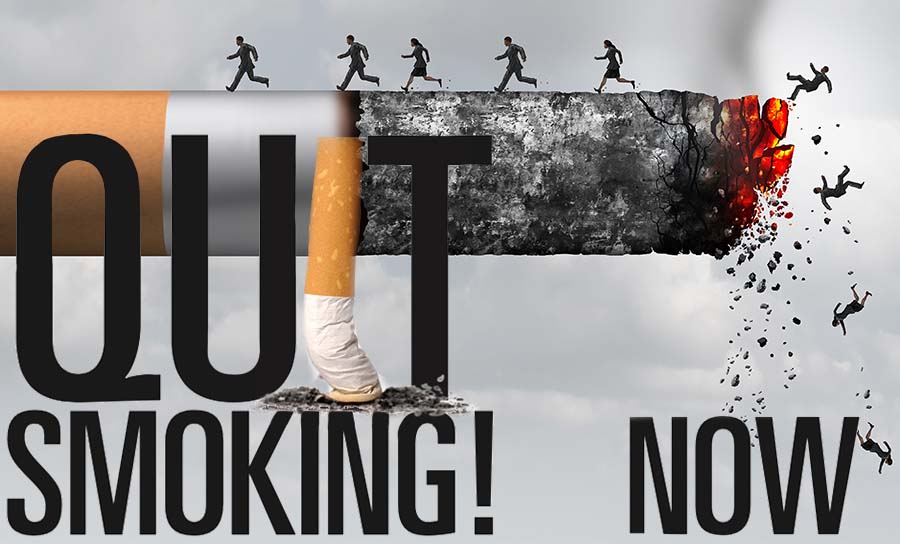 OTHER PEOPLE QUIT, AND YOU CAN TOO.

Overwhelming evidence against smoking leaves one with no choice but to quit the habit. I have a lot of empathy for smokers trying to give up smoking as it is such a physically, emotionally and socially addictive habit. In other words, it is extremely difficult to stop smoking – but as empathy is not likely to assist us at this point, let’s get on with it!

You have to be extremely realistic in your approach. Research indicates that only 50% of all smokers succeed in not smoking for 6 months, only 35% make it up to 12 months, and even fewer (30%) succeed for more than 2 years. Nicotine dependency is indeed a worthy adversary, and you would be unwise to try to quit armed only with good intentions; if you try to go cold turkey you will probably end up being one of the 50% who restart smoking after 6 months. You have to plan your escape from this hazardous habit with precision or else it is likely to imprison you with a hacking cough, emphysema, high blood pressure, lung cancer, social rejection, erectile dysfunction, etc.

From my own experience as an ex-smoker and from assisting many people in my practice to quit, it seems that one is only really free of this addiction after 12 months. Even after 18 months of being a non-smoker, and now hating the smell of cigarettes and the irritation it causes my sinuses and eyes, the funny thing is that my receptor cells still go haywire and sometimes beg for their daily fix. Yep, that’s right, even after 18 months the urge is sometimes still there to restart the poisonous habit. So be wary, very wary.

In my experience the best approach is holistic and multidisciplinary, using a combination of practical tips and ideas, nicotine replacement therapy (NRT), counselling programmes, hypnosis and allopathic medication (Zyban, an antidepressant).

Studies show that the chances of successfully quitting are greatly increased if you make NRT part of your stop-smoking strategy.

NRT is an aid to be used during the first days, weeks and months of quitting as it supplies small doses of nicotine to wean you from the habit and poison, and assists in relieving the cravings and withdrawal symptoms. NRT is available as patches, nicotine gum and oral inhalers or sprays. One should be realistic – smoking is almost as difficult to quit as heroin addiction. I bought no less than five courses of nicotine spray before I succeeded in quitting. In fact the pharmacist was getting suspicious that I might be addicted to the spray! I succeeded with the fifth course in 6 months and carried the spray with me like a packet of cigarettes for months, just in case the temptation to start smoking again became overwhelming.

Remember that on its own, NRT is not sufficient. You should first of all be totally committed, and also follow the practical ideas and tips described above. Pregnant women and patients with cardiovascular disease should consult a health professional before they commence NRT therapy. You should not smoke and use NRT simultaneously. You will end up more addicted with a lot more nicotine in your blood and find it even harder to quit.

The drug Zyban, with the active ingredient bupropion, is sometimes prescribed by doctors to assist patients who are trying to quit smoking. It was designed as an antidepressant and one of its positive side-effects is that it suppresses the urge to smoke. Many patients continue smoking for a while subsequent to Zyban therapy but report that they just don’t get the ‘kick’ or ‘rush’ of the nicotine any more after two or three weeks. They then perceive smoking for what it really is – a senseless, expensive, malodorous, unhealthy habit – and as they don’t get the rush anymore, they quit. How Zyban exactly assists in relief of nicotine dependence is largely a mystery, and it is not effective for all people. Only 35% of all smokers on Zyban were found to still be non-smokers after a year.1 Zyban is a prescription drug with the usual side-effects.

THE BENEFITS OF QUITTING

Quitting smoking is difficult but studies2 show that if you can tough it out for 2 years, the chances are good that you will never light up again. After 2 years you only have a 2 to 4% chance of relapse, so keep going!

On average, most people try to quit between 5 and 7 times before they finally succeed. Some people are superior beings (from a galaxy far away) and succeed in quitting on their first or second attempt. For the remainder of us ordinary earthlings this is not the end of the road. Forgive yourself, arm yourself with new knowledge and commitment, and start all over again. You need only pick yourself up one more time than you fall in order to succeed.

Editor’s note: Our readers have found acupuncture helpful as well as the remedy Vicebreaker. Don’t forget to supplement with antioxidants (including vitamin E that smoking depletes) to reduce the free radical load, as well as extra vitamin C.

About the Author: Dr Adolf Lowies

Dr Adolf Lowies, BA (HONS), MED (PSYCH), BDIV, HED, PHD (INTERDISCIPLINARY), is research director for a higher education institution in KwaZulu-Natal. He is a registered psychologist with training in complementary medication, including herbology, energetic healing and emotional freedom techniques. Specialist areas of interest are the arcetypal therapy of Caroline Myss and the 'Judas experience' and ‚'Dark night of the soul‚' also known as spiritual emergency syndrome. He publishes widely and is a sought-after coach and speaker nationally and internationally, with many years of experience in private practice and higher education.
Toggle Sliding Bar Area
Go to Top