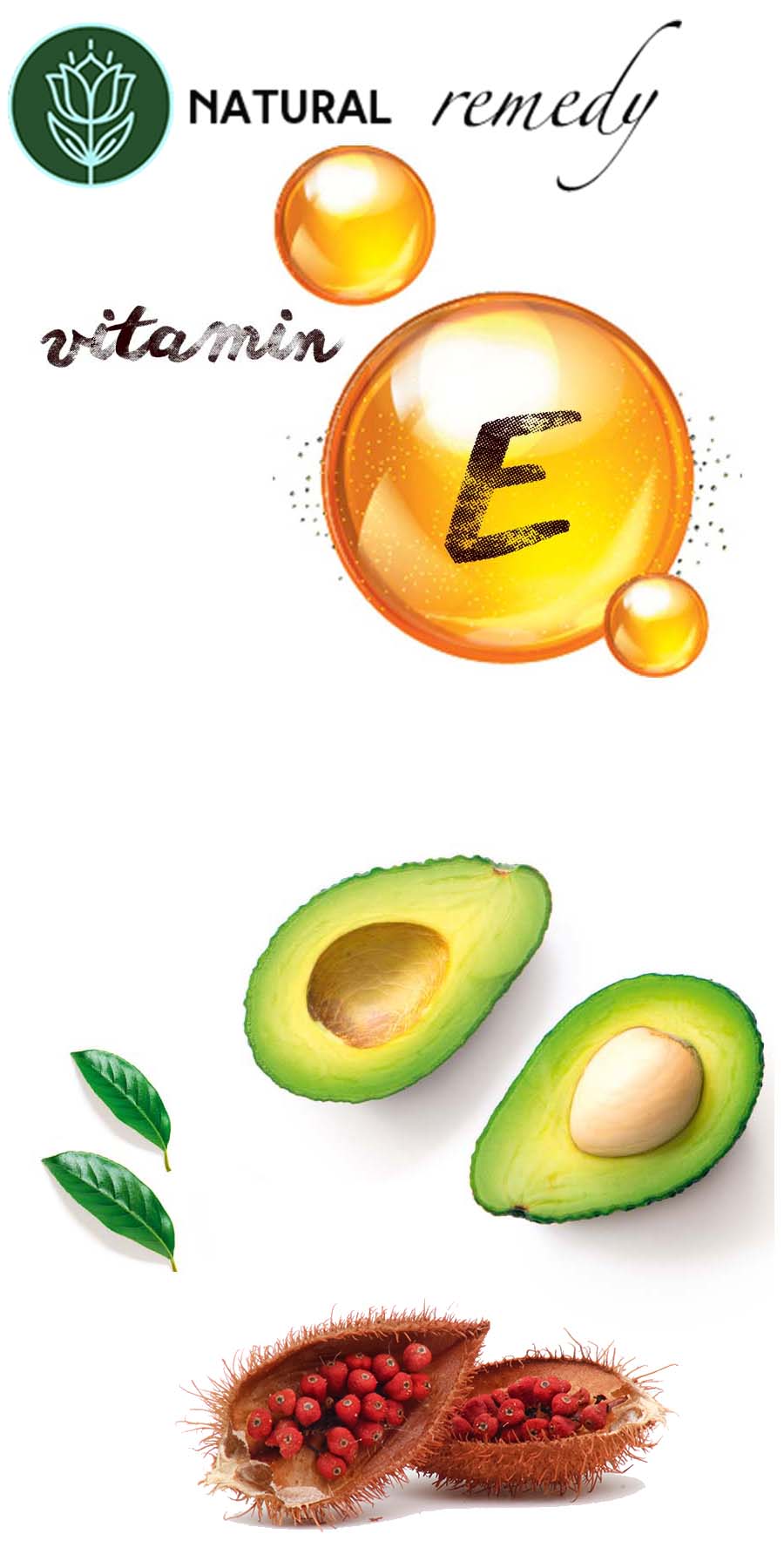 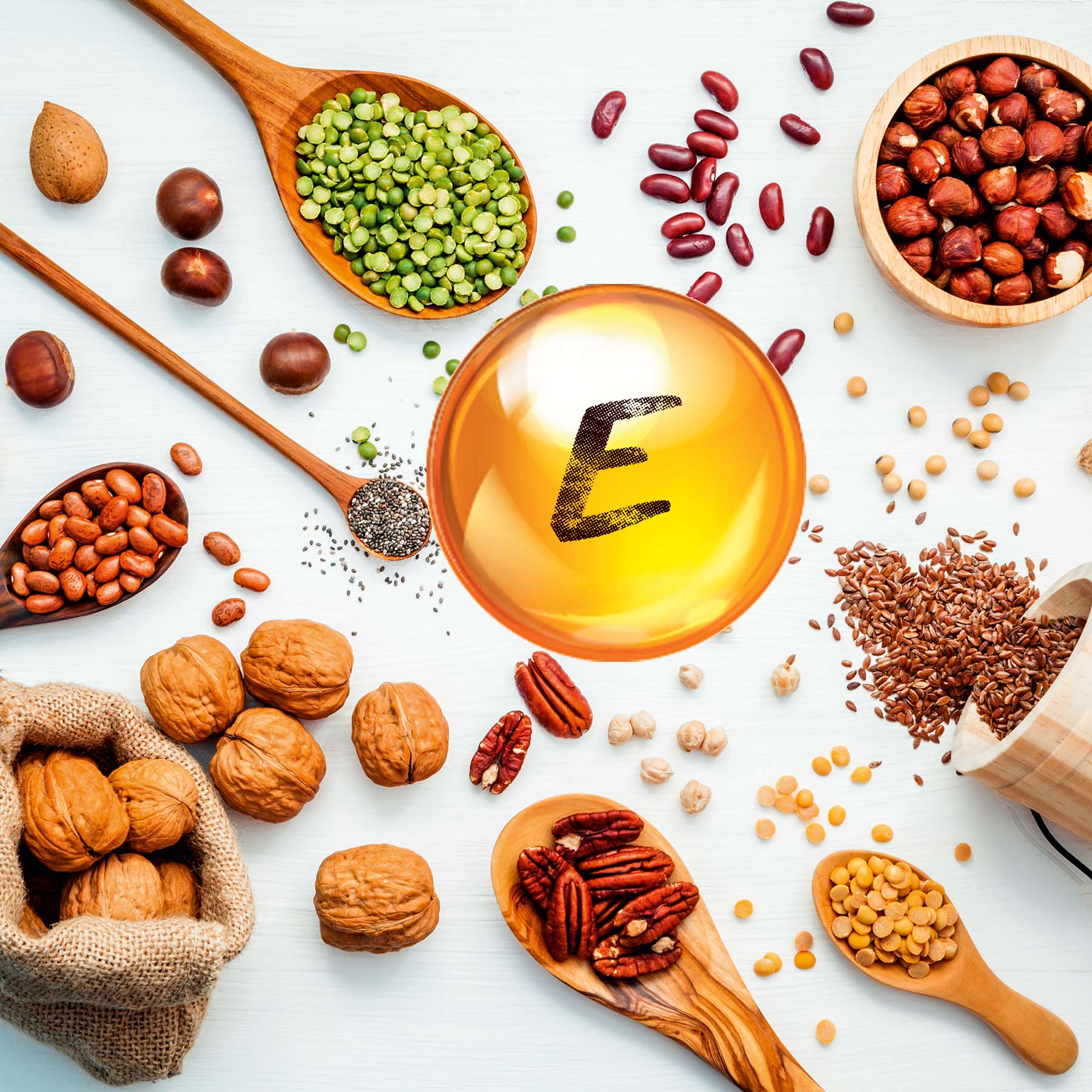 What do we really know about vitamin E’s effects in the body? Vitamin E is the collective name for a group of fat-soluble compounds that exists in different forms, each different from the other depending on their source.

Ongoing research studies are being conducted relating to vitamin E’s benefits in preventing cancer, heart disease, Alzheimer’s, cataracts and immune disorders. Vitamin E has many health benefits, yet its antioxidant function is the dominant benefit.

Vitamin E comes in a complex in nature: 4 tocopherols and 4 tocotrienols. The 4 forms relate to Alpha, Beta, Delta and Gamma. We can get tocopherols from our diet, but not the tocotrienols. Tocotrienols are 5000 times faster at handling free radicals. Vitamin E in general is a lipid antioxidant and protect lipids.

Make sure your supplement states the form on the label:

Natural vitamin E is more bioavailable than synthetic vitamin E and is said to remain in the body longer than its synthetic counterpart.

Vitamin E can be naturally extracted from wheat germ and other plant foods such as nuts and seeds etc.

Vitamin E is involved in immune function, regulation of gene expression, cell signaling and other metabolic processes. The digestive tract requires fat to absorb vitamin E and people with fat-malabsorption disorders are more likely to become deficient. Not enough vitamin E can result in infertility, muscle weakness, peripheral neuropathy and loss of vision over time.

Vitamin E is an antioxidant that protects the body from oxidative stress and damage caused by free radicals. The oxidative process in the body causes damage to cells; this in turn causes our bodies to function less effectively, age prematurely and in many cases also affects our immune system, causing disease. Vitamin E protects the outer layer of fat that surrounds cells (lipid membranes) because it is a fat-soluble antioxidant.

Available in food sources and supplements, antioxidants move through the body supplying electrons to free radicals, neutralising them in the process and curbing the damage.

Antioxidants further assist the body in the safe excretion of free radicals. Ongoing research studies are being conducted relating to its benefits in preventing or delaying the chronic diseases associated with free radicals.

What promise does vitamin E hold in the prevention and treatment of heart disease and stroke? Heart disease, and the other ‘cardiovascular’ diseases such as stroke and peripheral vascular disease (hardening of the arteries in the legs) are related to a process known as ‘atherosclerosis’. Here, the arteries in the body become increasingly clogged with a waxy, fat-like substance composed mainly of cholesterol. However, cholesterol per se is not the problem. See Dr David Nye’s article and video interview on statins: The Truth about Statins

It is when cholesterol becomes damaged through a process known as ‘oxidation’ that it then has the propensity to settle on the inside of the body’s arteries. One of vitamin E’s chief effects is to protect cholesterol from oxidation, thereby reducing its damaging effects in the body.

This isn’t the only way vitamins can help prevent disease. Heart attacks and strokes are very often triggered by the formation of tiny blood clots called ‘thrombi’. Once formed, thrombi can lodge in an artery, blocking it completely. When the body’s tissues are starved of blood in this way for more than a few minutes, they die.

Death of heart tissue is known as a ‘heart attack’ while brain tissue death is commonly referred to as ‘stroke’. Thrombi are themselves formed from tiny blood components called platelets. Vitamin E reduces the tendency for platelets to stick together, helping further to reduce risk of heart attack and stroke. 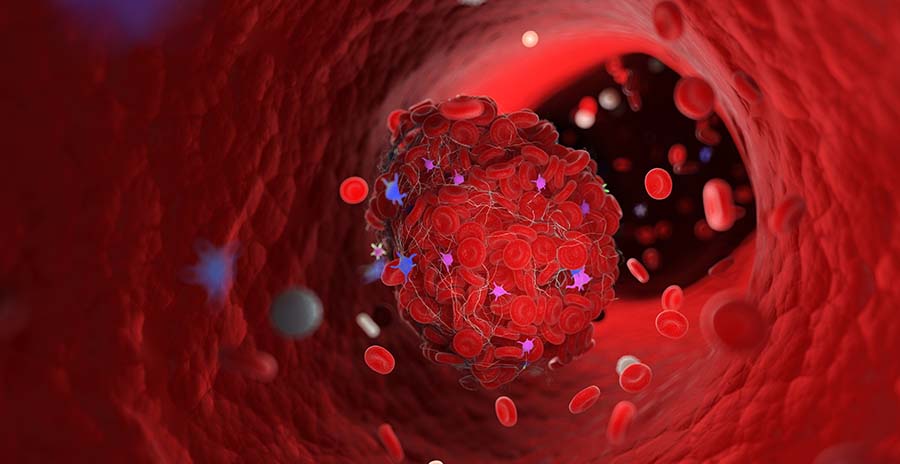 Vitamin E plays a role in anti-inflammatory processes and might help to prevent the formation of blood clots that could lead to heart attacks or stroke. There has been mounting evidence that vitamin E may significantly reduce the risk of heart disease.

Chinese researchers found that higher vitamin E intake, either from diet or supplements, significantly lowers the risk of liver cancer in people between the ages of 40 and 70.2

In theory, vitamin E undoubtedly has benefits for the body, but how well does it work in practice? One study3, published in the American Journal of Clinical Nutrition, analysed data from 26 countries and found that individuals with the lowest levels of vitamin E in their bodies have the greatest risk of heart disease and stroke. Another study4 published in the New England Journal of Medicine show that men and women supplementing with 100 IU (international units) or more of vitamin E each day reduced their risk of suffering from a fatal or non-fatal heart attack by about a third.

Take a vitamin E supplement that uses the full complement of tocopherols  and tocotrienols. If vitamin E is taken on its own then use the natural form rather than the synthetic vitamin E and take it together with other antioxidants if using it long term. Vitamin E tocotrienols from annatto may be better antioxidants than tocopherol-tocotrienol mixtures or alpha-tocopherol alone, suggests a recent study6 testing infant formula containing omega-3 fatty acids.

An average daily dosage is 400 to 800 mg daily of α-tocopherol equivalents for men and women, respectively. Vitamin E intake of over 1000 mg is contraindicated in patients with coagulation defects caused by vitamin K deficiency, as it may promote hemorrhage.

Vitamin E may react with drugs such as warfarin, aspirin, anti-epileptic medicines and non- steroidal anti-inflammatory drugs. It should also be used with care when using high dosages of herbs such as garlic, Ginkgo biloba and feverfew.

It is important to consult your healthcare practitioner before embarking on any self-medication programme, including using supplements such as vitamin E.