The Benefits of Shiitake Mushrooms 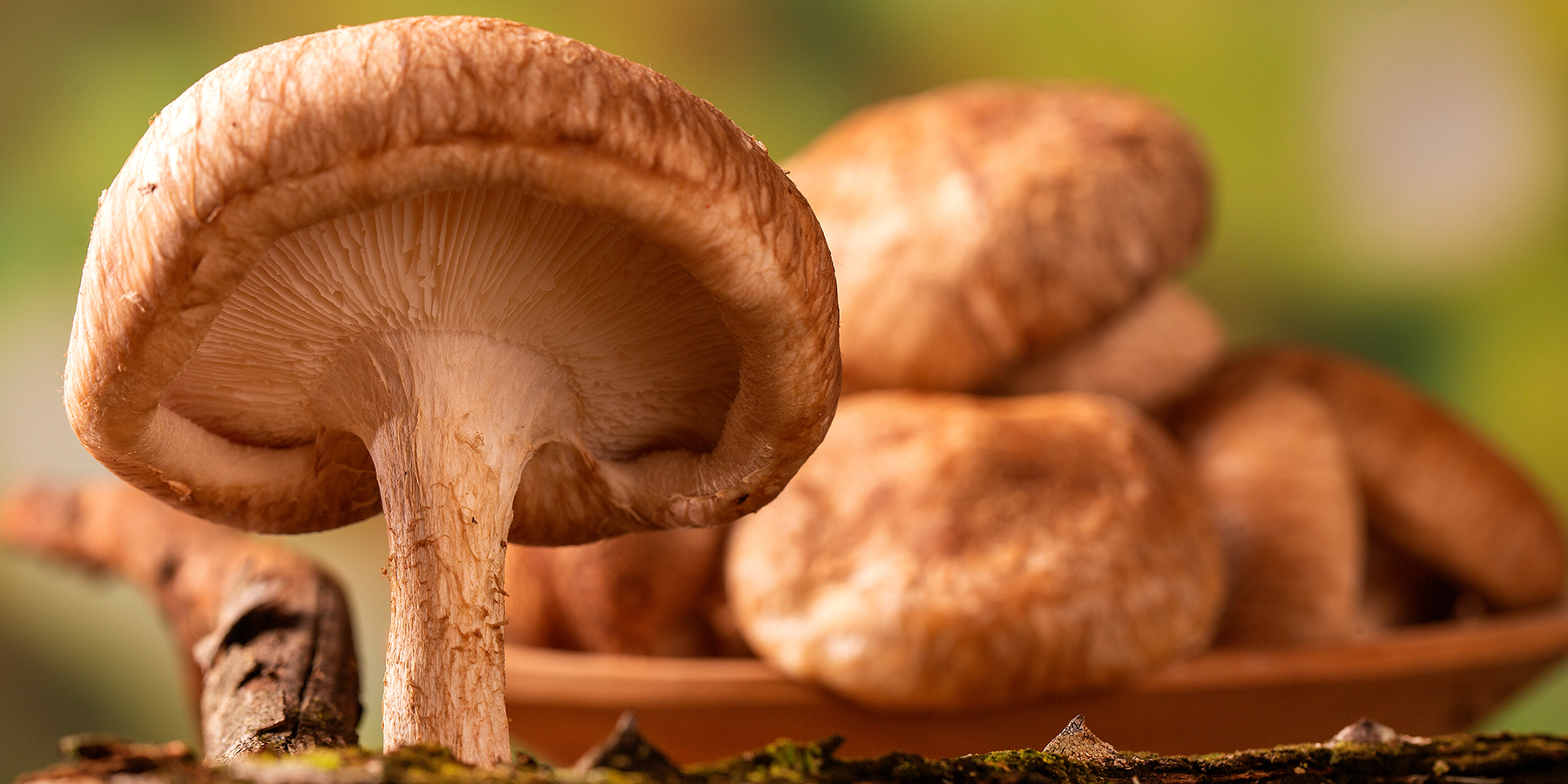 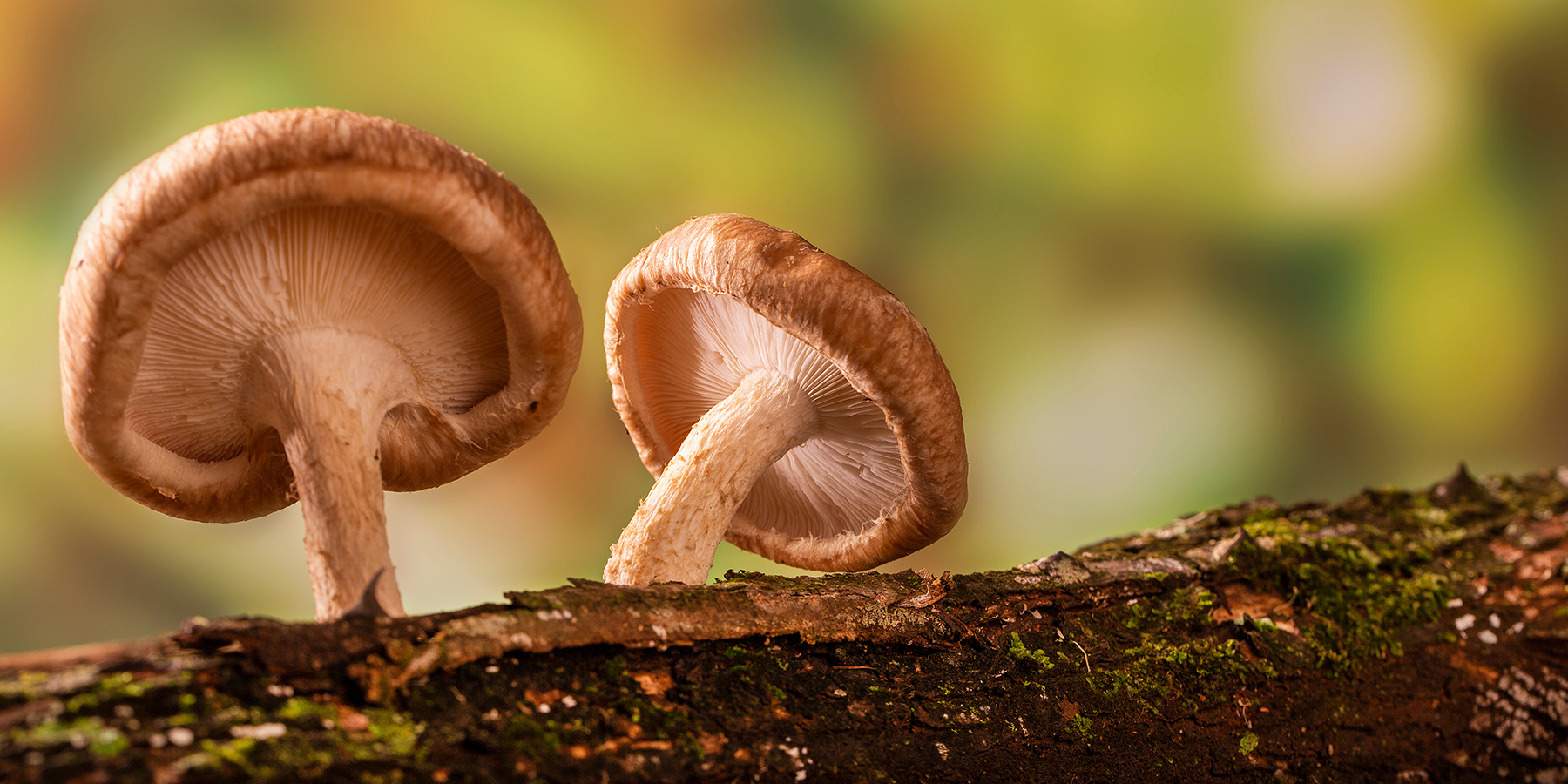 Shiitake is an intelligent mushroom! I’ve said it. Call me crazy but if you were to do the research, you would support my statement. For example, a chemical in shiitake could activate various components of the immune system1,2 and modulate its response to fight viruses, cancer, arthritis and even allergies.

Shiitake mushrooms (Lentinula edodes) have been used medicinally by the Chinese for more than 6 000 years and China produces over 80% of all commercially sold shiitake mushrooms today. During the late 1930s, Japanese professor Kisaku Mori established a mushroom research institute in Tokyo and stimulated the interest of scientists from around the world in the medicinal uses and benefits of shiitake. His human trials showed the benefits of consuming shiitake in stomach ulcers, acidity levels, elevated cholesterol levels, blood sugar control, anaemia and other vitamin deficiencies (the shiitake mushroom is an excellent source of iron). More recent research has shown further benefits of shiitake in the treatment of cancer, modulation of the immune response and even optimising brain function.

The powder can be encapsulated in supplement form, added to sauces, and superfood drinks and smoothies. Encapsulated extracts of mushrooms are easy to travel with and consume, and they are less oxidised, so slightly more potent.

According to mycologist John Donoghue, co-author of Shiitake Growers Handbook: ‘Immune system failure or dysfunction is a common element in cancer, viruses, and immune-deficiency diseases.’ His book raises awareness of the health-promoting compounds found in mushrooms, especially the shiitake mushroom with its fascinating track record.

Shiitake contains a free-radical-fighting polysaccharide called lentinan, which appears to stimulate the immune system to clear the body of tumour cells. No health benefit is better documented for the shiitake mushroom than its immune modulating action. In most laboratory studies, lentinan was injected intravenously and intramuscularly, killing viruses and microbes. Lentinan is now an approved drug in Japan. It is generally administered by injection and has been used as an agent to prolong survival of patients in conventional cancer therapy as well as in AIDS research.3

Several animal studies conducted over the last 10 years on the benefits of shiitake mushrooms stretch over three basic areas of research:

Mostly cancer research has been done on animal and laboratory studies using mushroom extracts (anti-tumour mycochemicals), as opposed to humans consuming mushrooms as food. It has been shown that shiitake mushrooms can inhibit growth in tumour cells.4,5Both polysaccharide and non-polysaccharide components have anti-tumour effects.6,7

Shiitake extracts have been shown to affect viruses, bacteria and fungi.8 Hopefully studies will soon be conducted to show the possible efficacy of the shiitake mushroom against the common cold and flu viruses.

A substance isolated from shiitake called cortinelin, a broad-spectrum antibacterial agent, kills a wide range of pathogenic bacteria. A sulphide compound extracted from shiitake has been found to have an effect against the fungus that causes ringworm and other skin diseases.

Shiitake mushrooms may not be that readily available in South Africa as a fresh food, but have a look at the Asian food stores – they may carry various medicinal mushrooms, fresh and dry. The fresh mushrooms should not be wrinkly or have slimy spots.

Store in the refrigerator in a loosely closed paper bag. They will keep fresh for about one week. Dried mushrooms should be stored in a tightly sealed container in either the refrigerator or freezer where they will stay fresh for six months to one year. 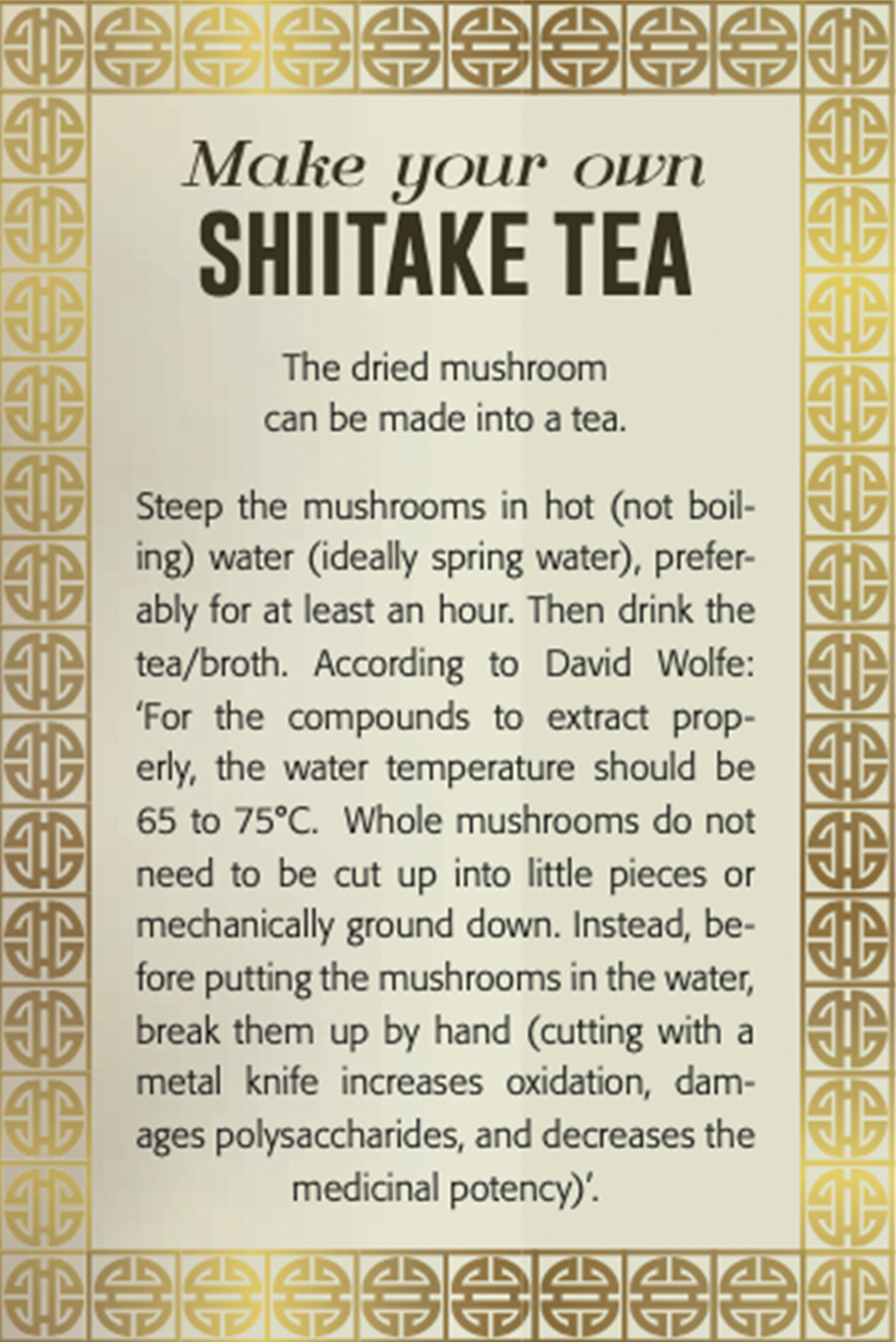 Available as a tincture (compounds extracted into an alcohol solution), powder or capsule. See various product labels for dosage recommendations.