The Therapeutic Properties of Aloe Ferox 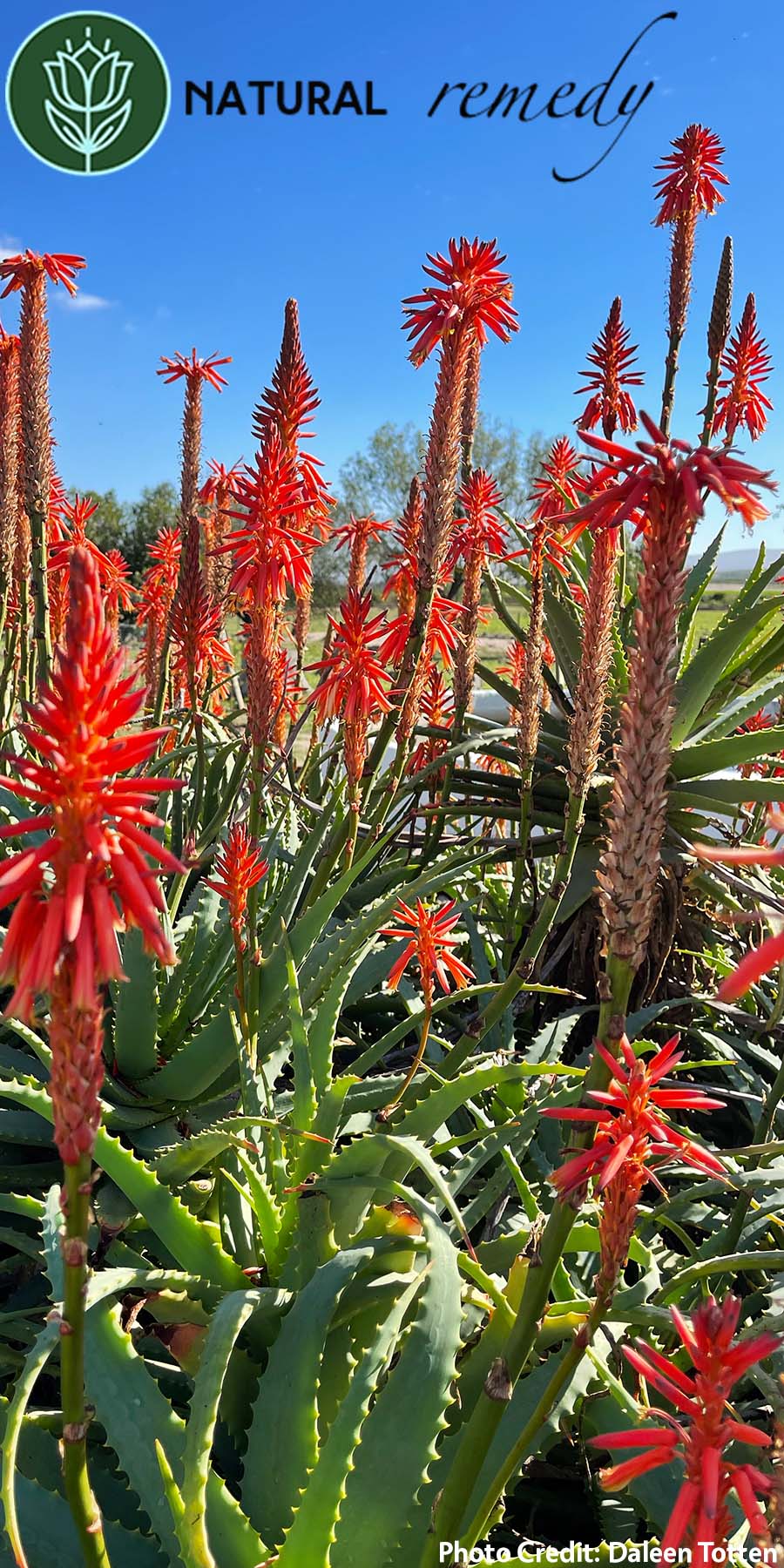 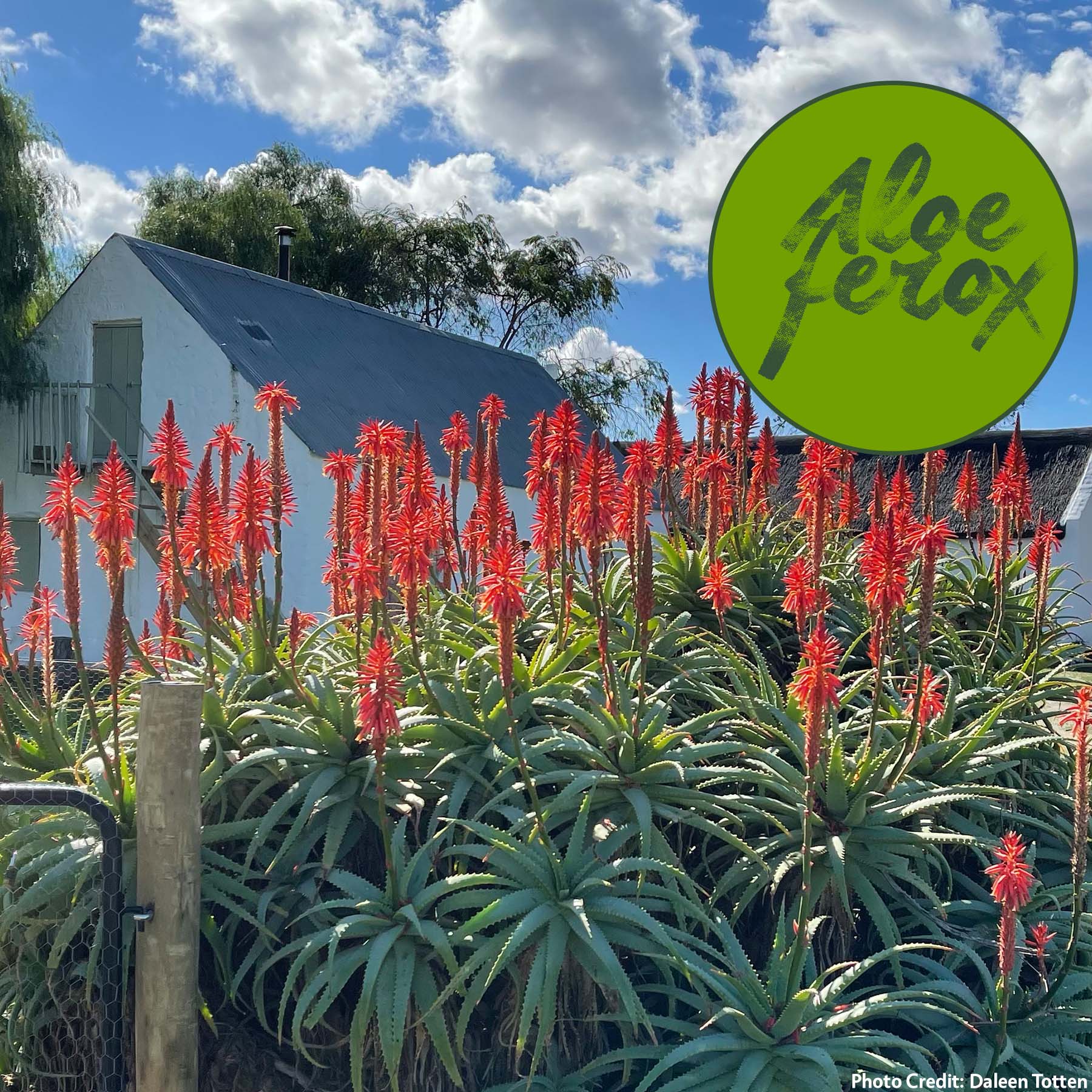 Aloes are succulent plants of the Lilliaceae family and are mostly indigenous to sub-Saharan Africa and Madagascar. About 360 species have been identified in these regions. The medicinal use of aloes dates back to antiquity. Ancient rock art of the San people depicts the harvesting of aloes resembling Aloe ferox.

Records exist of local inhabitants of Algoa Bay trading bags of aloe powder and crystal with European spice traders returning from the Spice Islands of the East in the 1700s.2

The most commonly known aloe is Aloe vera, the cultivated aloe. This aloe originated from Yemenite Arabia or the Arabian Peninsula. From there it was transported by sailors to many territories including Barbados, where plantations were established. This accounts for its incorrect classification by early botanists as Aloe barbedensis. Aloe vera was originally a term applied to any true aloe, but now it refers to the aloe cultivated extensively in the southern USA and Mexico. Aloe vera has a very short stem, and fleshy succulent leaves. It does not contain much bitter sap, but contains a lot of watery gel and is used in the cosmetic and skincare industry.1

Aloe ferox is indigenous to the south-eastern regions of South Africa and is not cultivated to any great extent. It is a taller plant with a single stem and can grow to over 4 m. The leaves are tougher, with many thorns (thus the name ferox meaning ferocious). It has been harvested for centuries by indigenous people for the ‘bitter sap’ which exudes from the cut end of the leaf. This sap is boiled in cauldrons and solidifies on cooling. The resultant ‘aloe bitters’ are sold and exported.3

The aloe bitters contain anthraquinones, mainly aloin and alecin, as well as resins. Aloin is pharmacologically inactive, but when ingested it is converted by the bowel flora to aloe-emodin anthrone, which has primarily a laxative effect. As the aloin has to reach the colon before any effect can occur, it takes about 8 hours to work. A dose taken at bedtime therefore results in a bowel movement the next morning.1 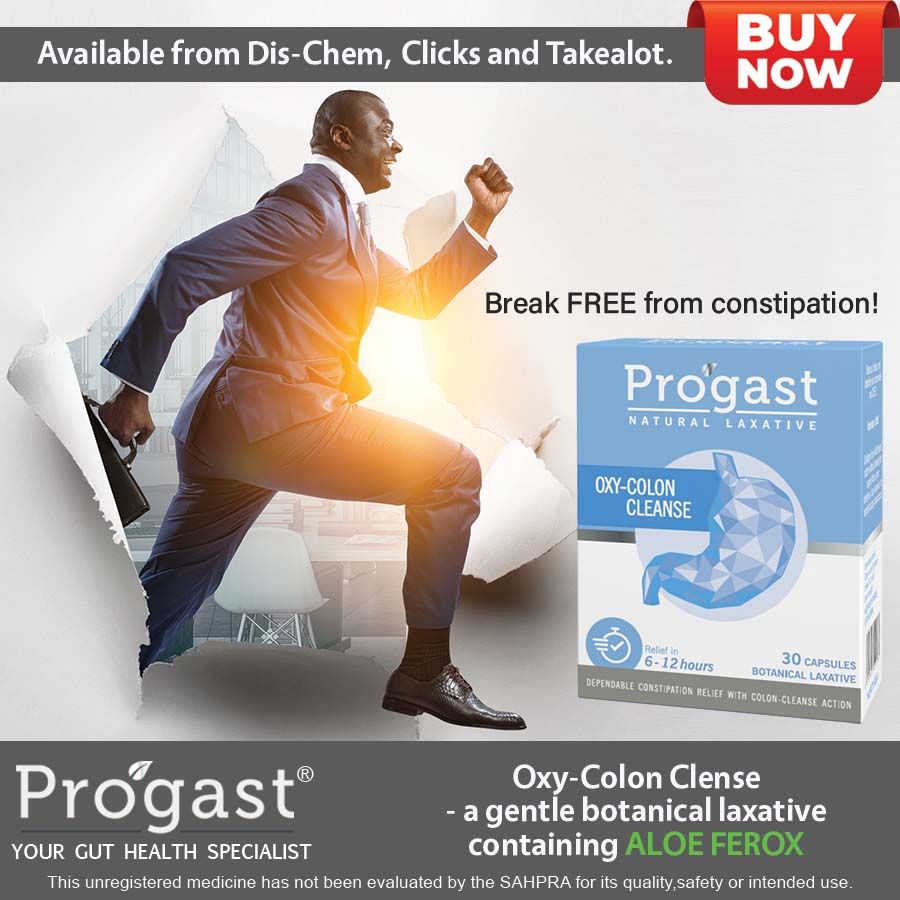 Many other therapeutic effects are claimed by purveyors of traditional preparations containing either the bitter sap or the bitter powder. One such indication was researched by world-renowned Professor M C Botha, immunologist in Professor Chris Barnard’s heart transplant team, and ethno-botanist. The results of this work resulted in a patented product for use in the treatment of arthritis. The anti-inflammatory effects of orally administered aloin have been demonstrated in animal experiments.4 An interesting advantage of this application of Aloe ferox bitters, is that the inactive aloin passes harmlessly through the stomach on the way to the colon leaving the stomach unaffected. Most of the anti-inflammatory drugs produced by the pharmaceutical industry can cause gastritis and stomach ulcers, making them unsuitable for treating arthritis in patients who have gastric ulcer problems.

An anecdote that Professor Botha was fond of relating was of a recently retired gentleman whose hip joint had become so painful with arthritis that he could no longer mow his own lawn. Three months after following the professor’s advice on the use of Aloe ferox he reported that not only was he mowing his lawn again, but at a recent church social evening he and his wife were the last couple to leave the dance floor!1

Other therapeutic uses for the aloe anthraquinones are the subject of ongoing investigation. Before his death in 2002 Professor Botha conducted many years of research into aloes, and Aloe ferox in particular. He patented a number of novel bioprocessing methods pertaining to Aloe ferox which have resulted in new products derived from this traditional medicinal plant.

The gel from the leaf of the Aloe ferox differs from that of Aloe vera and requires different processes for its extraction. It also has different properties – the concentration of aloe polysaccharides in Aloe ferox is five times greater than in Aloe vera. This property has been used to advantage by South African producers of cosmetics and skincare products. The gel has moisturising and soothing properties.

More interesting from the therapeutic perspective is the high-fibre powder produced from the Aloe ferox leaf. Professor Botha developed a method of removing the bitter sap from the leaf. The leaf can then be dried and milled into a powder. This powdered leaf has a number of beneficial properties when taken by mouth. It has a high dietary fibre content of 43%; one-third of this is soluble fibre and two-thirds is insoluble fibre. This makes it ideal as a fibre supplement for people on a typical Western diet. All commercially available fibre supplements are derived from grains such as wheat, oats and isphagula. These all contain phytic acid or phytates. The effect of the latter is to ‘chelate’ mineral ions in the gut. Effectively these fibre supplements rob the body of essential minerals such as calcium, iron and magnesium.

Aloe ferox leaf contains no phytic acid or phytates as it is a leaf and not a grain or seed. In addition the leaf contains significant amounts of natural calcium as well as iron, magnesium, zinc and other beneficial minerals. The net effect is that instead of depleting stores of essential minerals, the user of Aloe ferox fibre supplements benefits from the intake of these minerals.1

Research has shown that daily intake of dietary fibre supplements can help to prevent most forms of colon disease.

Recently developed bioprocessing methods are unlocking the healing and health potentials of Aloe ferox. Revered by traditional healers over the centuries, this plant is finding a place on the shelves of health shops and pharmacies. As it becomes more available, so its medicinal properties will benefit more people.

About the Author: Allan Taylor

Allan Taylor is a Pharmacist, Primary Care Drug Therapist and Scientist in the field of Phytopharmacology. He has a special interest in the gastro-intestinal applications of indigenous herbs and plants. Allan worked closely with Prof. MC Botha and developed the ALOX HEALTH range of products. He subsequently developed the now internationally patented BAYLABS formulation, AT-402, which has applications in HIV/AIDS Related Diarrhoea, Infantile Diarrhoeal Disease and Irritable Bowel Syndrome. Allan has been responsible for the direction and supervision of the research and development that has enabled BAYLABS to become the premier 1st generation biotechnology company in South Africa. As the Managing Director of BAYLABSTM he remains the Pharmacist responsible for maintaining the highest ethical and professional standards of the company for both existing and future product R&D.
Toggle Sliding Bar Area
Go to Top