The Udder Truth about Cow’s Milk 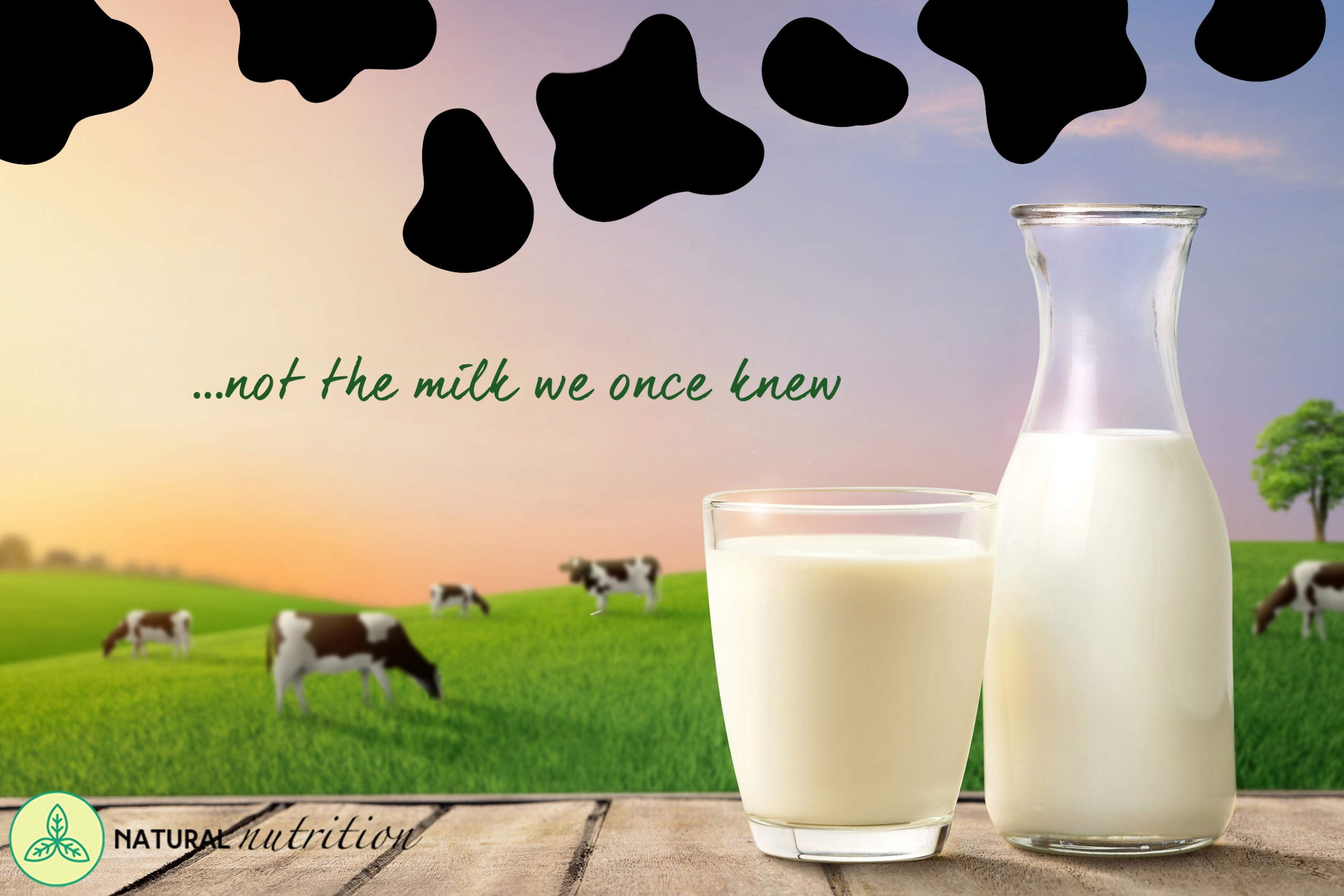 LET’S START AT THE VERY BEGINNING … It seems that humans are not well adapted to drinking the milk of another mammal – particularly that of the cow.

We have an enormous love affair with cow’s milk in all its forms – cheese, butter, yoghurt, cream, ice-cream, condensed milk and more. It is a food woven into the fabric, and into official dietary guidelines, of Western society. Cow’s milk was once the traditional symbol of purity and nutrition, but most milk today is not the same wholesome product our grandparents knew. Today benefits of drinking cow’s milk seem to be outweighed by the potential health risks associated with poor-quality, processed and contaminated milk, and by the debilitating symptoms resulting from cow’s milk allergy.

Cow’s milk is fairly new to human beings on the evolutionary scale, and as a result many people are not biochemically adapted to digesting it. Cow’s milk was probably introduced around 10 000 years ago in the Middle East, when the first sickles in Turkey were used to harvest cereals, and domestication of farming began. Prior to this time our ancestors ate a varied diet of wild plants, animals, fish and insects. As civilisation spread to Europe, Asia and North America, so cow’s milk was introduced into the diet. Many people in Europe, who were not adapted to cow’s milk, did not thrive on this diet and died, and so the genes associated with this food sensitivity became reduced in the population. In countries such as Ireland, which were only recently introduced to these foods (probably about 3 000 years ago), the incidence of sensitivity to dairy (and gluten) and of the potentially related disorder, schizophrenia (and celiac disease relating to gluten) is higher than in any other country.

Cow’s milk is one of the most allergenic foods known to man. Cow’s milk protein is consistently the most common food allergen, both in terms of the classic immunoglobulin-E (IgE)-based allergy and the IgG-based food intolerance. Milk allergy is a major contributing factor to middle-ear infections in children, and milk is one of the main foods consumed by children and adults with asthma, eczema, migraines, sleep disturbance, so-called growing pains, rheumatoid arthritis, heart- burn, indigestion, chronic fatigue, hyperactivity, gastro-oesophageal reflux in infants, and non-seasonal allergic rhinitis. Milk allergy may also contribute to iron deficiency anaemia by impeding the absorption of iron through the intestines, and by damaging the lining of the intestines, leading to slow blood leakage and iron loss.

‘The closest animal milk to our own is donkey milk’

Not only are the proteins in cow’s milk allergy-forming in many people, but the sugar in cow’s milk, called lactose, is indigestible to a large portion of the population. Lactose is digested by an enzyme in our small intestine, called lactase. The production of this enzyme declines significantly after weaning, between the ages two and five years, in all mammals, including humans. Ingestion of lactose after this time will cause symptoms of diarrhoea, bloating, cramping and excess gas in many people. This is lactose intolerance. Among those over the age of five, approximately 90 to 95% of black individuals and 20 to 25% of white individuals throughout the world will have partial or complete lactose intolerance.

Cow’s milk is also very mucus forming, mainly due to the production of histamine triggered by the milk protein, casein.

MILK IS MEANT FOR COWS

Cow’s milk has been formulated by nature to be ideally suited for the growth of a young calf, not a human being. Human milk contains 5% protein and human babies double their birth weight in 180 days. The percentage of protein in cow’s milk is 15%, three times higher than human milk, and calves will double their birth weight in 47 days. The closest animal milk to our own is donkey milk. 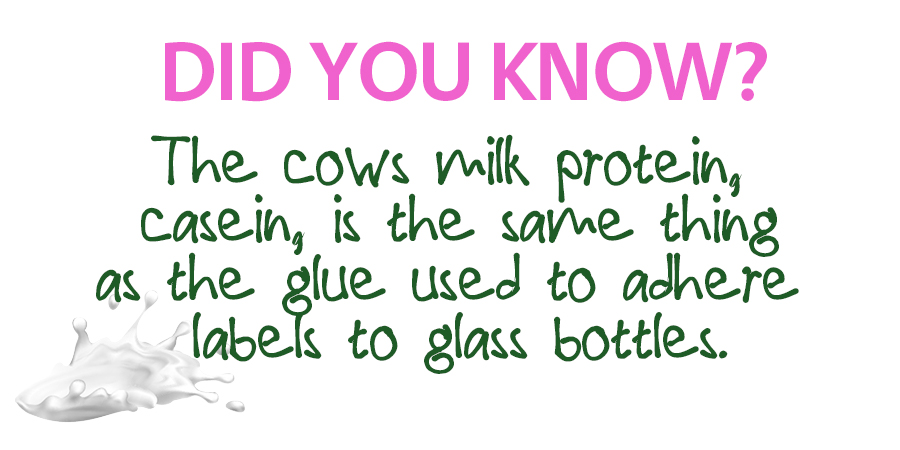 NOT THE MILK WE ONCE KNEW

Modern feeding methods utilising high-protein, soy-based feeds instead of fresh, green grass, the use of breeding methods to produce cows that can provide more milk, and the routine use of antibiotics to keep the animals well, all serve to compromise the quality of our milk. As a result milk products may be contaminated with pesticides, dioxins, drug residues and hormones that can lead to cancer formation and allergies in humans.

In 1990, Monsanto scientists in the USA developed recombinant bovine growth hormone (rBGH), also known as recombinant bovine somatotropin (rBST), which when injected into cows, increases milk production by 10 to 20%. In late 1993 the US Food and Drug Administration (FDA) approved the use of rBGH in cows and declared this milk to be safe. This was a very controversial move, as there are many known concerns related to the use of rBGH, including:

■ Milk produced by rBGH-treated cows contains high levels of the natural growth hormone, insulin-like growth factor -1 (IGF-1) which has been suggested to increase the risk of breast, colon and prostate cancer in humans.

■ High levels of IGF-1 ingested from cow’s milk in the human diet are also associated with an increase in the rate of fraternal twins, seen in the USA.

■ rBGH is associated with about 20 different health conditions in cows, including mastitis, infertility and lameness.

■ rBGH milk is more likely to be contaminated by pus from mastitis caused by rBGH, and contains antibiotics used to treat the mastitis.

Almost all industrialised countries in the world have banned the use of rBGH including Japan, Canada, Australia, New Zealand and all 25 countries of the European Union. rBGH is still licensed for use only in Mexico, the USA and South Africa.

The process of heating milk to kill infectious bacteria, called pasteurisation, destroys valuable enzymes in the milk, needed for its digestion. Additionally some proteins found in milk, such as albumin and casein, are altered by pasteurisation in a way that increases their damaging effects. Despite the nutritional and health benefits of drinking raw, unpasteurised milk, there can be dangers of infection with disease-causing bacteria.

Milk is often homogenised, a treatment that prevents a cream layer from separating out of the milk. This process subjects the milk fat to rancidity. A concern has been raised over a link between homogenised milk and heart disease due to the release of a protein from the milk, called bovine xanthine oxidase (BXO) that is absorbed into the body and may result in hardening of the arteries. Milk fat is required for the absorption of certain of the fat-soluble vitamins, vitamins A and D, from the milk. When the fat is removed to produce skim milk, the body cannot absorb and utilise the vitamins and minerals from the water fraction of the milk as effectively.

Cow’s milk consumption is strongly associated with risk of development of the following diseases: type 1 diabetes, cardiovascular disease, prostate cancer, and breast cancer, among others. Opioid-like proteins, called casomorphins, produced from the incomplete digestion and absorption of the cow’s milk protein, casein, have been thought to aggravate symptoms of autism by interacting with opiate receptors in the brain and mimicking the effects of opiate drugs such as heroin and morphine. Casein-free diets are widely promoted as part of the treatment for autistic children. 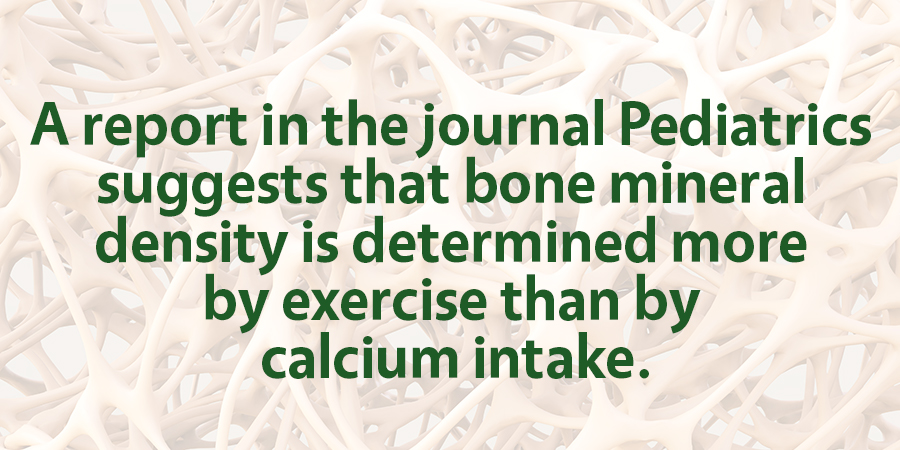 Cows’ milk is a good source of calcium. Cows’ milk does contain plenty of calcium but it is not the best source of calcium. In order to absorb calcium our bodies need a good balance of magnesium. There is too much calcium in cow’s milk, compared with magnesium, which prevents its efficient absorption. Alternative sources of calcium are dark-green vegetables (that’s where cows get their calcium from), fish with soft bones (e.g. salmon, sardines), nuts and seeds, molasses and various legumes. Studies suggest that humans may need less calcium for strong bones than was once believed. The World Health Organization recommends a daily intake of 500 mg of calcium for children and 800 mg for adults. We absorb calcium from our diets according to our needs (adults: 20 to 30%, pregnant women and children: up to 75%.

Cows’ milk is good for the bones and prevents osteoporosis. Dairy products are acid-forming in the body and may there-fore cause alkaline calcium to be leached out of bones in order to ‘buffer’ the acidity in the blood. Many studies have concluded that the more dairy products a woman consumes, the more likely she is to suffer from osteoporosis. In fact, a study published by the British Medical Journal in 2005 showed that supplementing with calcium made no real difference to the risk of osteoporosis, calling into question the belief that cow’s milk contains calcium, calcium is good for bones, and so cow’s milk must be too. A report in the journal Pediatrics suggests that bone mineral density is determined more by exercise than by calcium intake.

Our choices about the foods we eat are among the most important choices we will make. Organic, rGBH-free milk is a more nutritious milk option than others. Natural, organic yoghurt containing live cultures is more digestible, due to the pre-digestion of milk sugars and some of the proteins by beneficial bacteria. Alternatives to cow’s milk include rice milk, nut milk, oat milk, potato milk and the calcium-rich dark green leafy vegetables and legumes. Calcium can also be taken in the form of a mineral supplement in combination with other minerals needed for its absorption, under the supervision of a professional. Choose to eat mind-fully, not mindlessly.

About the Author: Jacqueline Wildish

She graduated with distinction as a Nutritional Therapist from BCNH - UK College of Nutrition and Health in 2003. Jackie has worked at The Hale Clinic in the UK, where she gained experience in the field of enzyme deficiencies, particularly histamine intolerance. She now runs a private practice from Kingston-Upon-Thames, Surrey, specialising in the support of symptoms associated with hormonal imbalances, digestive disorders, chronic fatigue syndrome and fibromyalgia.
Toggle Sliding Bar Area
Page load link
Go to Top