The Wonders of Wheatgrass! 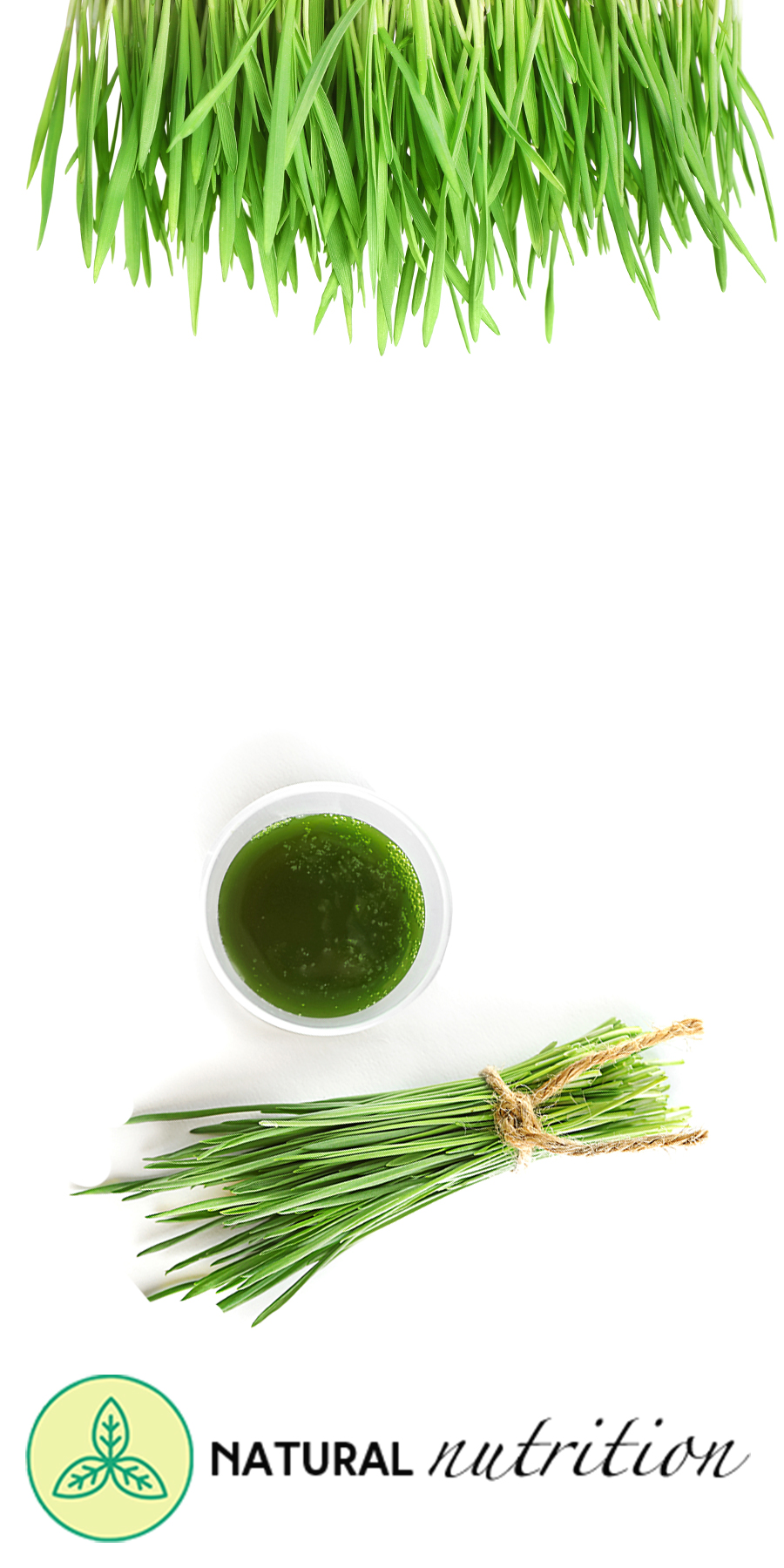 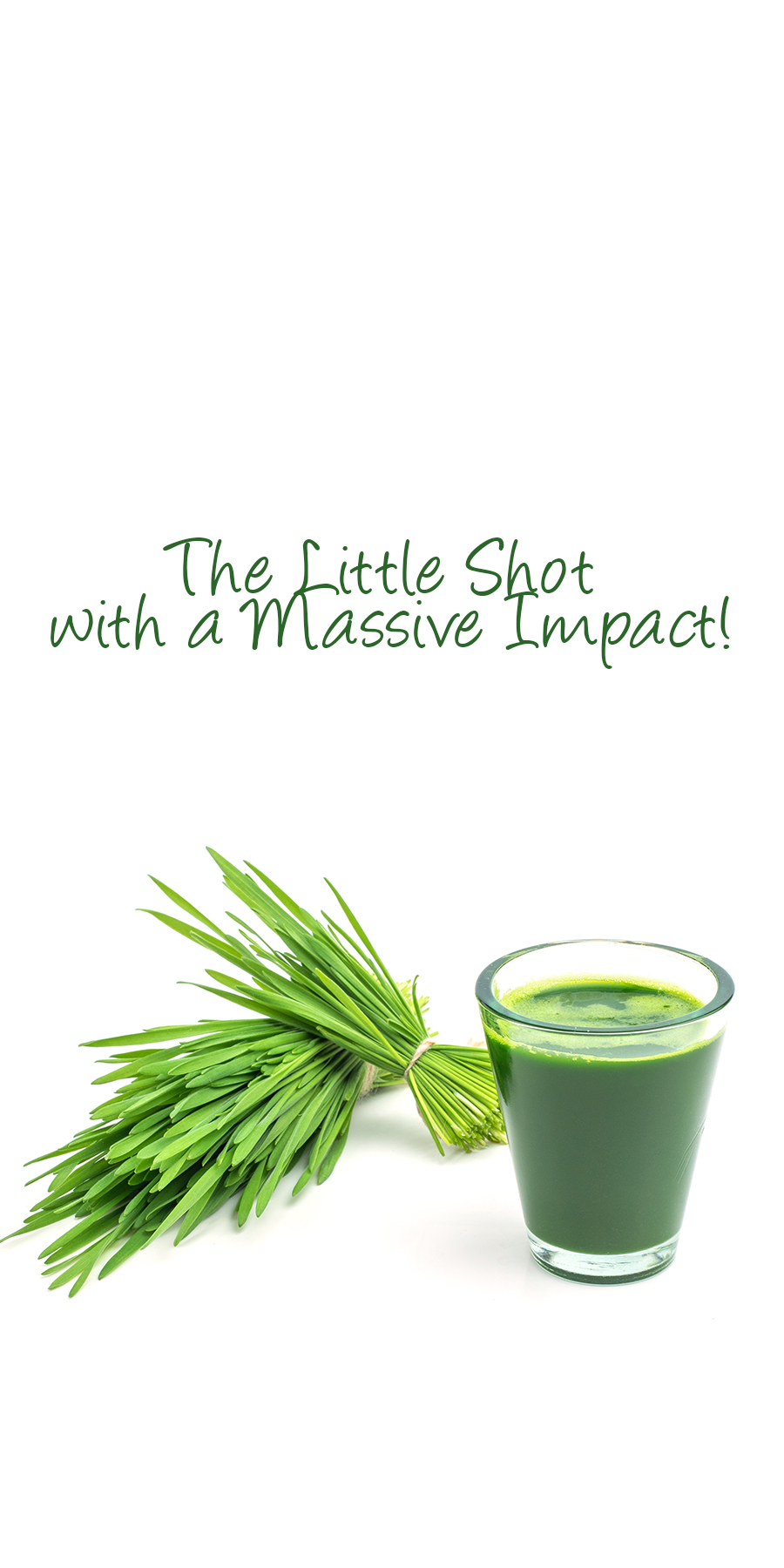 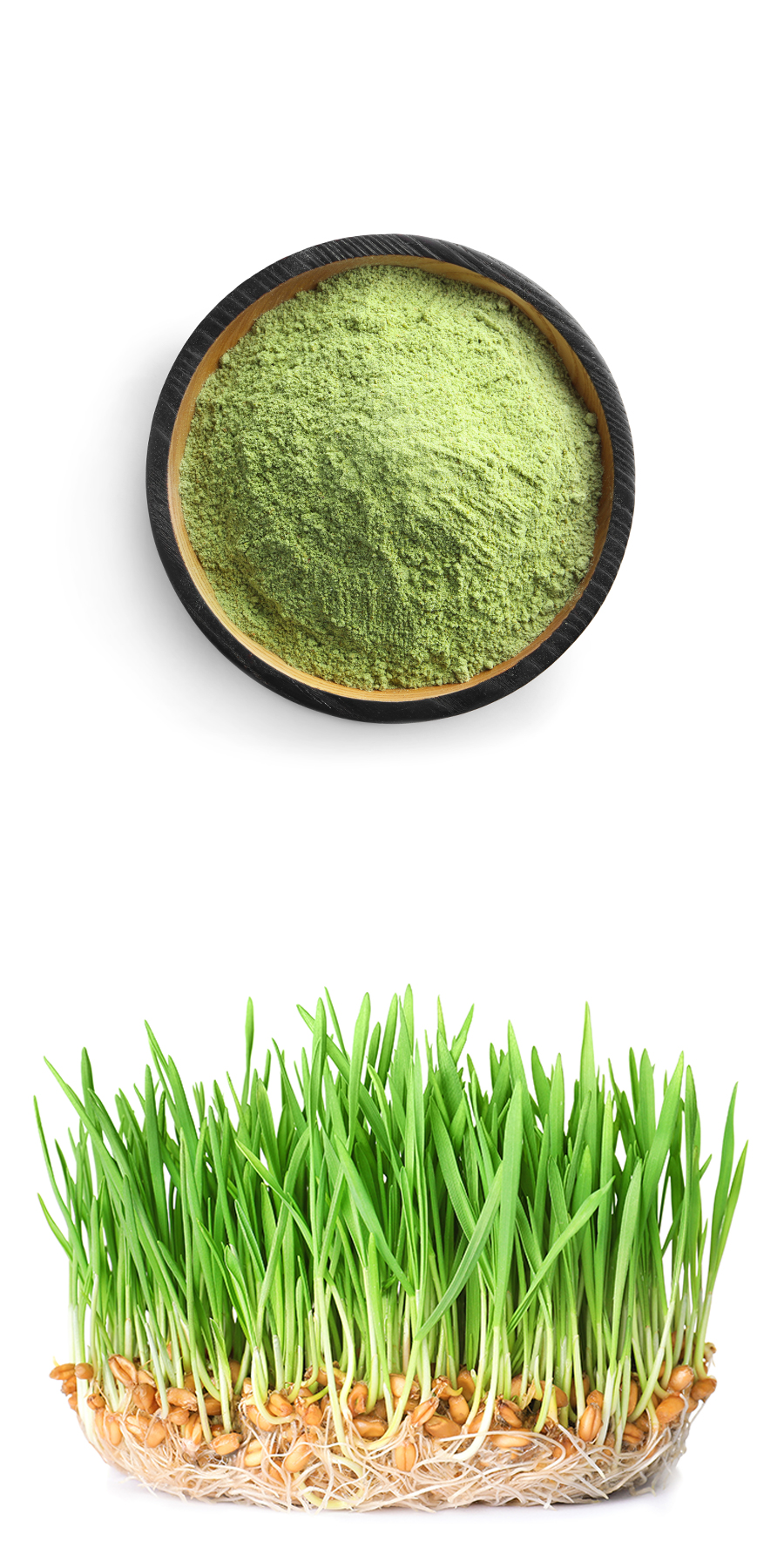 Dr Anne Wigmore is perhaps the most famous pioneer of wheatgrass juice. Her amazing work in nourishing terminally ill patients back to health with the king of green juices at her Hippocrates Health Institute is well documented.

Just a single 30 ml shot of wheatgrass contains 20 amino acids (the building blocks for protein). It has all the B group vitamins; including B12 and even the often illusive vitamin B17 (a vitamin which has been reported to help prevent and fight cancer). Wheatgrass also contains vitamins, B, C, E, K, folic acid, beta carotene as well as being packed with a multitude of vital minerals including calcium, zinc, selenium, magnesium, phosphorus, potassium, sodium and sulphur. On top of all this, wheatgrass juice is one of, if not the richest, sources of chlorophyll on earth.

Chlorophyll has been described by many as ‘concentrated sunshine’ or ‘liquid sunshine’ and this is about as accurate a description as you can get. Chlorophyll is literally just that – the natural sunlight energy trapped within the fibres of the plant.  When you separate the juice from the fibres you effectively release that liquid sunlight energy; liquid energy which improves the functioning of the heart, the vascular system, the intestines, the uterus and the lungs.

The same liquid energy can help assist the body to clean the blood and liver, strengthen the immune system and reduce high blood pressure. Chlorophyll has strong anti-oxidant properties and it can act as a natural defence against free radicals, which are a damaging by-product of your metabolism. Free radicals encourage an acidic cell environment and contribute to all disease and the ageing process. The chlorophyll molecule itself is structurally very similar to the iron-carrying component of haemoglobin.

You are never truly rich unless you are enzyme-rich. Enzymes are filled with life and wheatgrass juice is chemically highly active, and contains over 80 enzymes. These are used for digestion, but also to detoxify harmful substances, and are involved in the many chemical changes in the body necessary for the maintenance of good health. Because it is called ‘wheat’ grass many people believe that it may contain gluten. Gluten is a grain which many people have difficulty digesting, which is why we have seen an explosion in ‘gluten-free’ foods over the past few years. Wheatgrass juice is from the sprouted grain and therefore, as well as all the other nutritional advantages of this super drink, it is also gluten-free.

BUT IT’S GRASS – THAT CAN’T BE NATURAL!

Clearly it is completely unnatural for humans to eat grass – the strong cellulose makes it too woody and fibrous for our intestinal tract to deal with efficiently. However, one of our most instinctive acts as children is to pick blades of grass and suck on them. A process which I have since found out is incredibly good for ulcers, teeth and gums.  The grass in a field is VERY different to that sprouted in organic soil in a tray and although it could be argued that normal grass is for cows, it can easily be argued that wheatgrass juice is just as natural for humans. As we say in our juice and smoothie bars when referring to ‘grass’: ‘Cow’s eat it – dopes smoke it – but only the enlightened drink it!’

One of the unexpected benefits of a little shot of wheatgrass is the almost instant ‘wheatgrass high’ that is experienced by many people just after they take the shot. It has been described as a similar hit to caffeine, but without any of the negative side effects. Even if you don’t experience the immediate natural high, you can be sure that a little dose of this liquid sunshine will be the finest health insurance you will ever invest in. People say health is the most important thing in the world, but few do much to improve it, until it is often too late. Wheatgrass juice isn’t just a ‘fad’ – there is something truly wonderful about this wonder drink, the benefits of which are being felt increasingly on a daily basis as people start to take the prevention of disease as seriously as the treatment.

Join the wheatgrass revolution and try a fresh shot today at your nearest juice bar or grow your own with an organic wheatgrass growing Kit.

About the Author: Jason Vale

Jason Vale has been described as the ‘UK’s Anthony Robbins’ and the ‘Jamie Oliver of the health and juicing world’. His books have now sold over three million copies around the world. Jason has dedicated his life to helping others achieve better health and well-being through freshly extracted juice. He has spent the last 15 years working with hundreds of thousands of people from every corner of the globe, including top athletes, CEOs of major companies, and many celebrities. www.juicemaster.com
Toggle Sliding Bar Area
Page load link
Go to Top