Vegetables Frozen vs. Fresh – a question of nutrition? 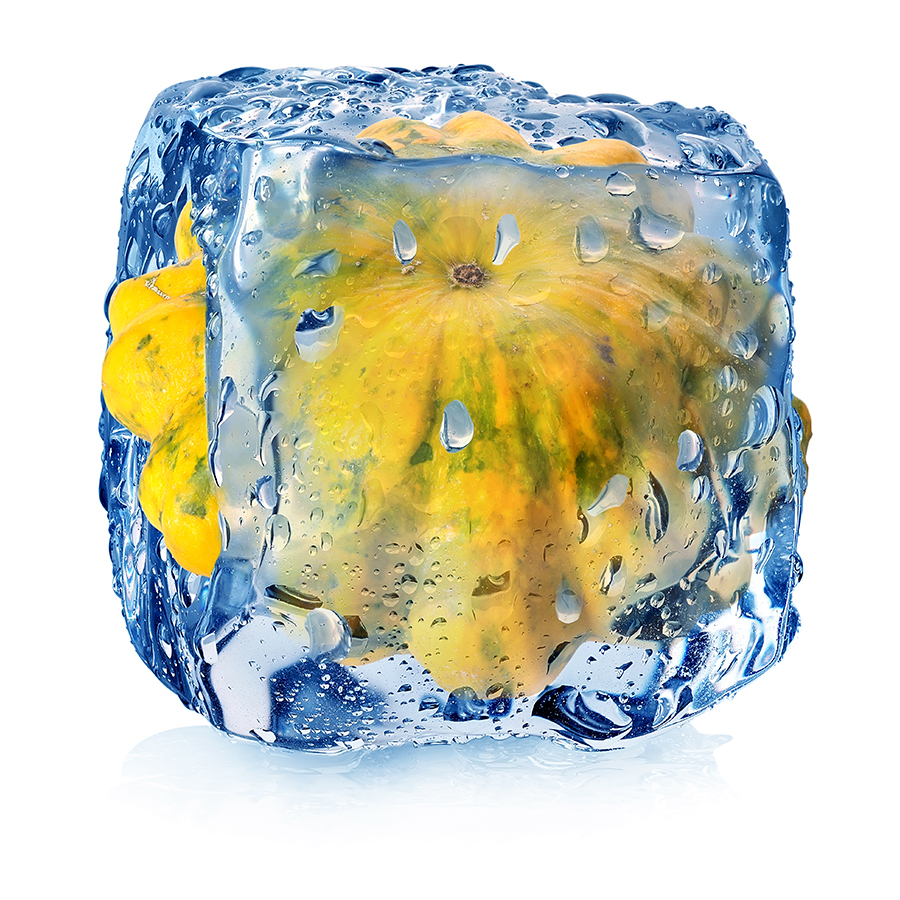 Frozen vegetables are undeniably handy – they are relatively inexpensive, require minimal preparation, last for ages in the freezer, and can be prepared in minutes. Often added to a meal as a guilty afterthought, frozen vegetables help to ease the conscience of a working mom or busy singleton. Any form of vegetables would be better than no vegetables at all, but are we sacrificing nutrition for the sake of convenience?

The World Health Organisation (WHO) has identified low vegetable and fruit intake as one of the top ten risk factors contributing to mortality, and research shows that consumption is particularly low in sub-Saharan Africa. We all know that we need to eat more vegetables, but do frozen vegetables count towards the recommended 3 to 5 servings we should be eating a day? Yes they do, according to the US Food and Drug Administration (FDA). In 1996 the FDA concluded that frozen vegetables should not be barred from bearing the term ‘healthy’, as they are nutritionally comparable to fresh produce and ‘can contribute significantly to dietary guideline compliance’.1

Most people agree that the flavour and texture of fresh vegetables can’t be beaten. You also have the option of crunching them raw – not a possibility with their frozen counterparts! These days, however, the word ‘fresh’ may sometimes be a bit of an exaggeration. The nutrient content of vegetables begins to diminish soon after harvesting. The longer they remain in transit or storage, the less nutritious they become.

Vegetables and other produce are often shipped over long distances between countries to ensure availability out of season. To make sure they survive the trip without bruising or spoiling, they are frequently harvested unripe and treated with gases, both of which can negatively affect their nutritional content. The fact that many of us use the ‘best before’ date as a guideline (unless obvious signs of spoilage are present) further detracts from the concept of ‘fresh’ produce. A 1998 study compared the nutritional values of frozen versus fresh vegetables using vitamin C as a marker. Frozen peas and broccoli were similar to fresh, store-bought produce, and frozen whole green beans and carrots were similar to the freshly harvested vegetables. Frozen spinach compared well to freshly harvested spinach and was clearly superior to the fresh, store-bought variety.2

Freezing is also a far superior method of preservation to something like canning. A 2001 study using antioxidant values as a marker found that frozen peas and spinach purchased from a supermarket had substantially higher antioxidant activity than the canned varieties.3

However, frozen foods must be produced under the correct conditions in order to maintain maximum nutrient content. The produce should be allowed to ripen properly, thereby allowing all the nutrients to develop to their fullest potential. The vegetables should then be frozen as soon as possible after picking and maintained at a temperature of at least -18°C. Nutrient losses do occur between picking and freezing, especially if the produce is washed, trimmed or blanched, but they are minimal if it is handled well. If temperatures are controlled correctly, there should be no further nutrient losses after freezing.

Freezing does not kill any micro-organisms that may be present; it only slows their growth, thereby reducing the rate of spoilage. Once the temperature of the food has been reduced to less than 0°C, pathogenic (disease-causing) bacteria cease to grow. However, although micro-organisms cannot grow or multiply in the freezer, they can survive.

The vitamins in vegetables are organic compounds that are synthesised as well as broken down by food enzymes. Like all enzymes, the enzymes that break down nutrients in fruits and vegetables have an optimal working temperature, normally around room temperature (25°C). Freezing fresh produce slows down the enzymatic destruction of these nutrients, temporarily halting spoilage.

Low temperatures therefore lower enzymatic activity, which in this case is not a bad thing. Enzymatic browning is a chemical process that occurs in fruits and vegetables due to the enzyme polyphenol oxidase. Enzymatic browning results in a brown discolouration of foods (think of a peeled potato going brown) and is considered to be a kind of food spoilage.

SKILFUL FOOD PREPARATION IS THE KEY

Thoughtful food preparation is essential in maintaining the nutritional value of vegetables. Nutrient losses during home food preparation can be as high as 100%! Besides being vulnerable to enzyme-mediated spoilage, the vitamins in vegetables can also be sensitive to spoilage from air exposure. For example, vitamin C losses are especially likely when the vegetable tissue is broken (e.g. sliced or peeled) and then exposed to air.

Minerals and water-soluble vitamins in cut vegetables readily dissolve into the water in which they are washed or boiled. If this water is then discarded, as much as half of the vitamins and minerals can simply go down the drain.

While the kinds of foods that we buy certainly make a difference, what we do with them in the kitchen can have an even bigger impact. Minimise nutrient losses by steaming vegetables rather than boiling them, washing vegetables quickly before cutting or peeling, and adding peeled or cut vegetables to vigorously boiling water in order to minimise the length of time they are exposed to vitamin-leaching water.

FRESH IS BEST, BUT DON’T FRET ABOUT FROZEN

The key message is that if we can be sure that fresh vegetables are indeed fresh (i.e. harvested from the home garden or purchased from a farmer’s market and consumed immediately) they would of course be the most obvious, delicious and nutritious choice. However, as most of us lead hectic lives and don’t grow our own vegetables, the produce shelves and frozen food section of our local supermarket are our only alternatives. As long as we begin with the best-quality frozen or seasonal fresh vegetables we can afford and are reasonably careful in their preparation, we will receive the majority of the nutrients and goodness they have to offer.

About the Author: Tracy Wood

Tracy Wood believes that while food nourishes the body, a positive and grateful attitude (and the occasional indulgence!) feeds the soul. She has a B.Tech. in Consumer Science: Food and Nutrition from the Cape Peninsula University of Technology and has worked in the food industry for 15 years, both locally and abroad. She currently resides in St. Louis, USA.
Toggle Sliding Bar Area
Page load link
Go to Top